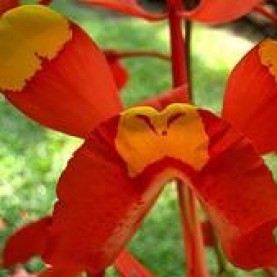 To reach the Nalla Mudi view point, one has to walk through where else but the Nalla Mudi tea estate. A rather stern looking Forest guard stopped us with a Sorry, No Entry, Elephant problem. He was not however as fierce as he looked and easily succumbed to our pleading that we had come so far from the distant planet of Bombay, so how could we go home without seeing this place?

Though elephantine in appearance, the Valparai bisons (Indian Gaur) are usually mild creatures who mind their own business. But which fool would proceed further ‘where angels fear to tread’? After taking our fair share of pics, we did an about turn.

Sometimes the wildlife comes out on the main road, much to their detriment. Wildlife killings by overspeeding F1 drivers is unfortunately all too common despite the many caution signs. This huge deer was standing barely 1 foot away at twilight. I realised he was next to me only when some bikers stopped to stare.

The estates brought prosperity for the new settlers but ‘development’ also meant massive deforestation of once pristine forests with the attendant depletion of indigenous fauna and flora. In those days
of abundant natural wealth, this was not a matter of concern.

In recent times, the Nature Conservation Foundation – an NGO, has engaged the estates in a successful conservation programme to maintain wildlife corridors and regenerate the forest. Consequently, you never quite know who you might meet in and around those Valparai tea gardens!

Upon entering the walled city, we were immediately accosted by each and every shopkeeper of each and every shop in the myriad bazaars within. This was annoying enough for us as Indians. It must be downright intimidating for the foreigners.

The shopkeepers aggressive sales pitch were a big put off. Having said that, I could see why Jaipur is called a shoppers paradise. Though most of the wares on offer were touristy tat, there was certainly a huge variety of some rather good tat as well. I succumbed and did not leave without my fair share of purchases though I would have bought a lot more had it not been such a nuisance having to bargain fiercely in every store. Initial prices quoted anywhere were at least 3 to 4 times higher than the final settled amount. The haggling became just too much of an effort and I decided not to buy anything more. The Jaipur traders are geared to sell to the foreign tourist though I doubt that most foreigners would pay such steep prices, they probably drive a much harder bargain than we do. One cannot even walk in peace without being constantly assailed by men beseeching you to enter their shops.

Kumbakonam is well known as a pilgrimage centre, in particular for those on the Navagraha circuit. Once in every twelve years, the Mahamaham Kumbh is held around the tank of the same name, attracting millions of pilgrims from far and wide. Kumbakonam is also called Temple City with literally hundreds of temples of its own, most of them ancient. The big two are the Kumbeswarar Siva Temple and Sarangapani Vishnu Temple. Swamimalai, one of the six abodes of Lord Murugan is a mere 6 km away. The World Heritage Site of Darasuram is just outside the city. The Cauvery Delta is a must visit for those who enjoy ancient living monuments and stepping back in time.

Kerala has more than its fair share of wildlife sanctuaries and national parks in the Western Ghats. Of these, the Periyar Tiger Reserve at Thekkady [Kumily] is the most visited. It is our favourite wildlife reserve simply because we have always seen wildlife there on every trip, without even trying to!

This is about our visit in July to Tranquebar, a beautiful beach on the Bay of Bengal. Our vacation was primarily to the ancient temple towns of the Cauvery Delta. The short distance from Chidambaram to Tranquebar was too good an opportunity to pass up.

Marayoor is a very small taluka town about 40km N of Munnar on the Munnar – Udumalpet road. It’s claim to fame is as…

Matheran is our favorite nearby destination which we have been visiting regularly from July to February each year since 2007. It is a small…

This is my first post here at Ghumakkar.   It is about our recent visits to Satara.  Satara is a nondescript small town at approx….