This series is a compilation from several visits to our favourite place – Valparai,  a pretty little ‘tea town’ in the Anamalai range of the Western Ghats, some 100km south of Coimbatore. 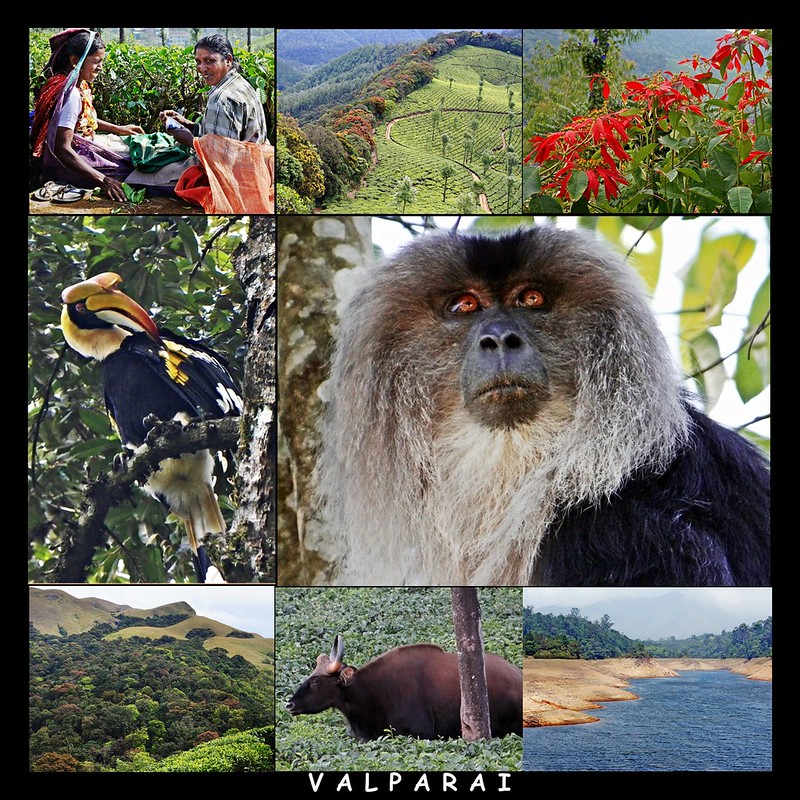 The Anai-malais [literally Elephant Mountains] rise after the Palghat Gap, touching both Tamil Nadu and Kerala.   Valparai to Munnar is a mere 30km as the crow flies. However the inconvenient High Range mountains in the middle make the conventional road route at least 5 times longer!

Now if only we were crows ……… On second thoughts who wants to be a crow?  Nothing against crows per se, they are highly intelligent birds but they are birds at the end of the day.

The Valparai Plateau comprises gently rolling mounds covered with tea plantation, interspersed with patches of dense shola forest against a backdrop of high mountains. Add to that some azure blue lakes to complete the canvas.

Valparai is a biodiversity region in the outer buffer zone of the Anamalai Tiger Reserve. Most plantation companies now actively cooperate to maintain the wildlife corridor and to increase the rainforest cover in their respective estates. 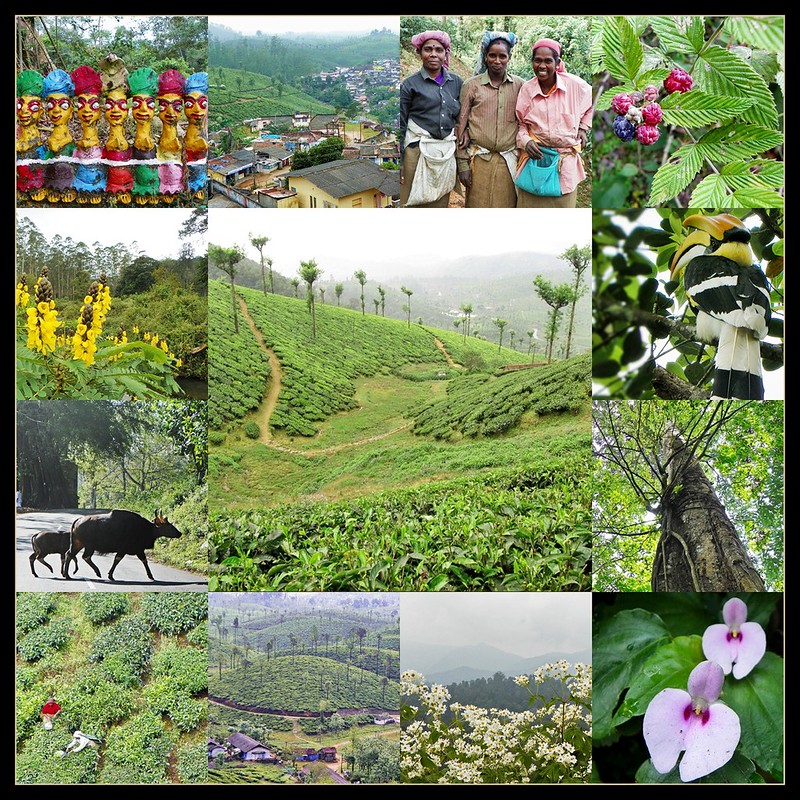 For us, the most convenient way to get there is via Coimbatore which is well connected to Mumbai by train and air. Our faithful Coimbatore taxi driver Mr Jagdeesan picks us up and ferries us across to Valparai. We have known him for seven years now ever since our first trip to the Nilgiris.   He is a Nilgiris native, we clicked very well on the first trip itself, and he has since taken us to places we would never have known about from any tour guide. But that is for a separate post and now back to Valparai.

From the Kerala side no matter what your starting point be, the route is via Chalakudy.  Buses ply at regular intervals from Chalakudy to Pollachi with several stopping at Valparai town.  Those taking the C-P bus should check that the bus goes via Valparai as some take the bypass route to Rottikadai.

From Coimbatore, the road goes via Pollachi and Aliyar (Azhiyar) which boasts of a pretty reservoir.  Those who watch south Indian movies will find the locale familiar.

Shortly after Aliyar come the Monkey Falls.  No prizes for guessing how they got this name!  During the pendency of the Supreme Court stay on entry into tiger reserves, the Monkey Falls were off limits for a short period.  They are open to visitors now but there is hardly any water at the moment due to the poor monsoons of 2012.  In a normal monsoon, they are magnificent.

Nilgiri Tahr are often seen by the roadside near Loams View Point (9th Bend).  Nilgiri Tahr are classified as highly endangered though healthy populations exist locally.  In Valparai they are seen at relatively low altitudes whereas in the Nilgiris they inhabit peaks above 2000m.

Attakatty has a forest check post and rest house.

The first of the sprawling tea estates appear soon after Attakatty.
Here is the aptly named Waterfall Tea Estate.  Note: Do not drink the tea at their fancy estate stall, it is really awful.  The tea at the roadside stall around the corner is far superior and cheaper to boot.  The Waterfall Estate has the cheapest tea bungalows with per night stays starting at INR1700.  However, this is 20km from Valparai so if you do not have your own vehicle and you want to stay here, do consider how you would like to move around.

Green Hills is the only proper hotel in Valparai. It is decent and well appointed as well as reasonable,  but being the only place with a licenced bar it tends to attract a certain clientele.   For families, it is better to choose from the many decent home stays and lodges or if the budget permits and you have your own vehicle, then the higher priced tea bungalows are ideal.   I have compiled a list with contact details of most of the available accommodation in Valparai, not sure if I may post that link here but those who are interested are welcome to ask and I will share the link.

On our first visit we tried a home stay run by the Green Hills hotel in a quiet part of the town overlooking a tea estate and the majestic Grass Hills. We stayed then for a week and liked it so much that we have never needed to look elsewhere since. Now we are treated like family!

Valparai is perfect for walking and that is what we do there – walk, walk and walk. Autos and taxis are also easily available at negotiable rates, and public buses conveniently ply to every corner of the region at regular intervals from the Gandhi Bus Stand on the main road.   Locals are very helpful.  Signboards on buses are in Tamil only so for those who cannot read the script, do not hesitate to ask.

The weather is pleasantly cool in winter, wet and misty in the rains and comfortably warm in the summer.

Though nowhere near as popular as Munnar and Ooty, Valparai does get its fair share of tourists from the southern states in holiday periods and on weekends. As in the rest of India, places of worship crown the ‘must see’ list. The Balaji Ko-il and the Annai Velankanni Church attract a large number of pilgrims from nearby areas on auspicious days.  That with the tea estates, the view points,the dams and the waterfalls are enough to ensure a perfect holiday with wildlife sighting an added bonus.

That is sufficient verbiage for an introductory post. Further chapters coming up soon ………

Valparai Series – Part 1: An Introduction was last modified: April 11th, 2021 by Gita AM