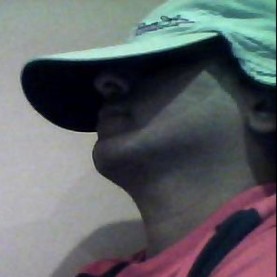 It was 4.30 AM and hot tea was waiting for us. By the time we left Pahalgam it was 5.30 AM. Katra is a good 280 KMs away. We stopped around 8.30 AM for breakfast. A warm welcome was given to the hot paranthas. It is a shame that we did not get to taste the popular local “Rajma Chawal” during our trip.

We had a fantastic morning in store for us. We assembled at a small pier. At Rs. 300 per head many of us had a go at water surfing. We have to stand atop a small plank which is tied to a pair of ropes. This will be pulled by a motor boat taking us for a spin around the lake. With no safety gear it was a risk… but that’s the fun part.

Our next stop was Sonamarg, around 83 KMs from Srinanagar. Sonmarg is situated in the Sindh valley at a height of 8950 feet. The snow clad mountains over the horizon that we got used to by now was like the clouds in the sky. Something that you could see but not touch!

Historical sites often reflect the richness of a society’s culture. India is blessed with numerous well-preserved historical sites that can transport its visitors through…

Around 17 km from Kolhapur is Kaneri Math. To reach there one has to travel roughly 12 Kms on the Bangalore Highway (NH4) and take right from Gokul Shirgaon Junction. From here, we drove for 4-5 km on a semi-developed road leading to Kaneri village. There is ample space for parking. The Math houses a Shiva temple and a large Shiva statue. The attraction here is the Siddhagiri Gramjivan Wax Museum.

Munnar had been beckoning me for some time. I did a lot of legwork on the web to plan my trip. I came across…