The way to Allahabad was the same way through Sarbari, Dishergarh to touch NH 19 all the way to Allahabad and after reached the Delhi-Kolkata (NH 19)I rushed at first petrol Pump on the highway to get the car full tanked for the upcoming days drive of around 581 Kms. The road was quite ok with occational diversion, but a severe traffic jam occurred right after” Bhitti”near Ramnagar and made us tensed for full two hours sucked inside the long queue of trucks, while waited impatiently and somehow made it with the help of locals by a under construction road through the village.

It was late afternoon and we had to go for another 140 kms with many diversions on the road which at places were not good at all. So I had to drive at sun down very carefully, which I planned before not to do. After the place named Kusari in Uttar Pradesh NH 19 goes as the Allahabad Bypass and our road goes straight named Varanasi- Allahabad Road, both the roads are Grand Trunk Road. It is also called Jhunsi Road after mixing of Jhunsi Road from the right. about 7 Kms before our destination we left Grand trunk Road to the left and slide right to NH 30 and Thornhill Road to reach the destination in the city Allahabad. Following the google map, we ended up at 2000 hrs.

The hotel ” Kunjpur Guest House”was good with a high rating from different travel sites and I must admit the same . There were many decorated antics all over the lawn, drawing room and inside the room with a dash of Indian heritage. By went through other reviews previously I was quit sure about the agitating bikers at Allahabad. Well, honestly through out the Uttar Pradesh and in places of Uttarakhand also, motor cycles are real means of public transport.

Inside the city, towns and even in high ways maximum bikes were having 3 or more passengers and of-course without helmet.Inside the cities, rarely I found traffic signals and traffic police and all the vehicles from all directions of a crossing tries to go faster than others. The extra head aches were auto rickshaws. However, it was a relief that Allahabad seemed a less clumsier and overall from my point of view quite a clean city and in the 17 th morning at 0800 hrs we decided to go for “Triveni Sangam” before to start for Bareily for the night halt. 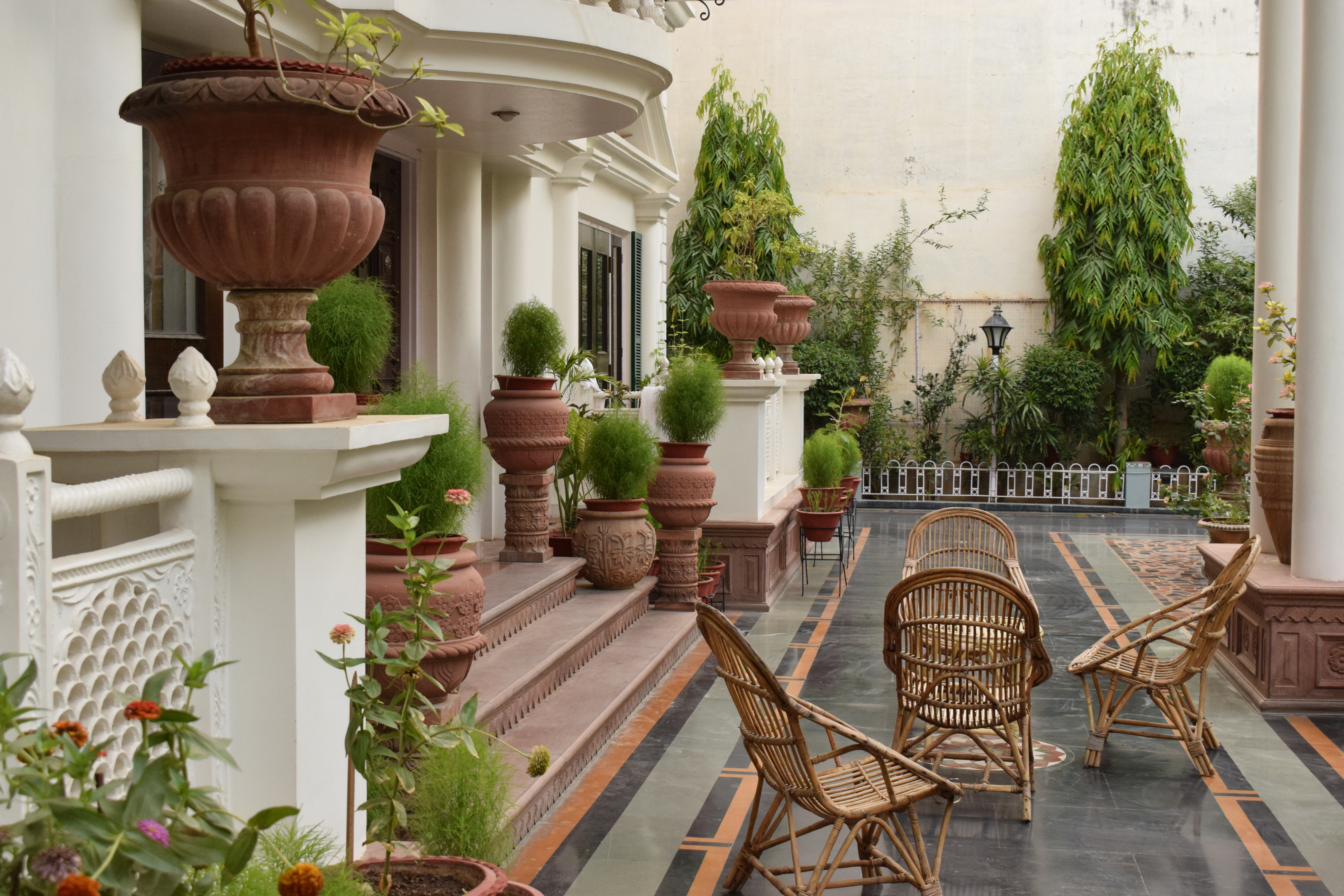 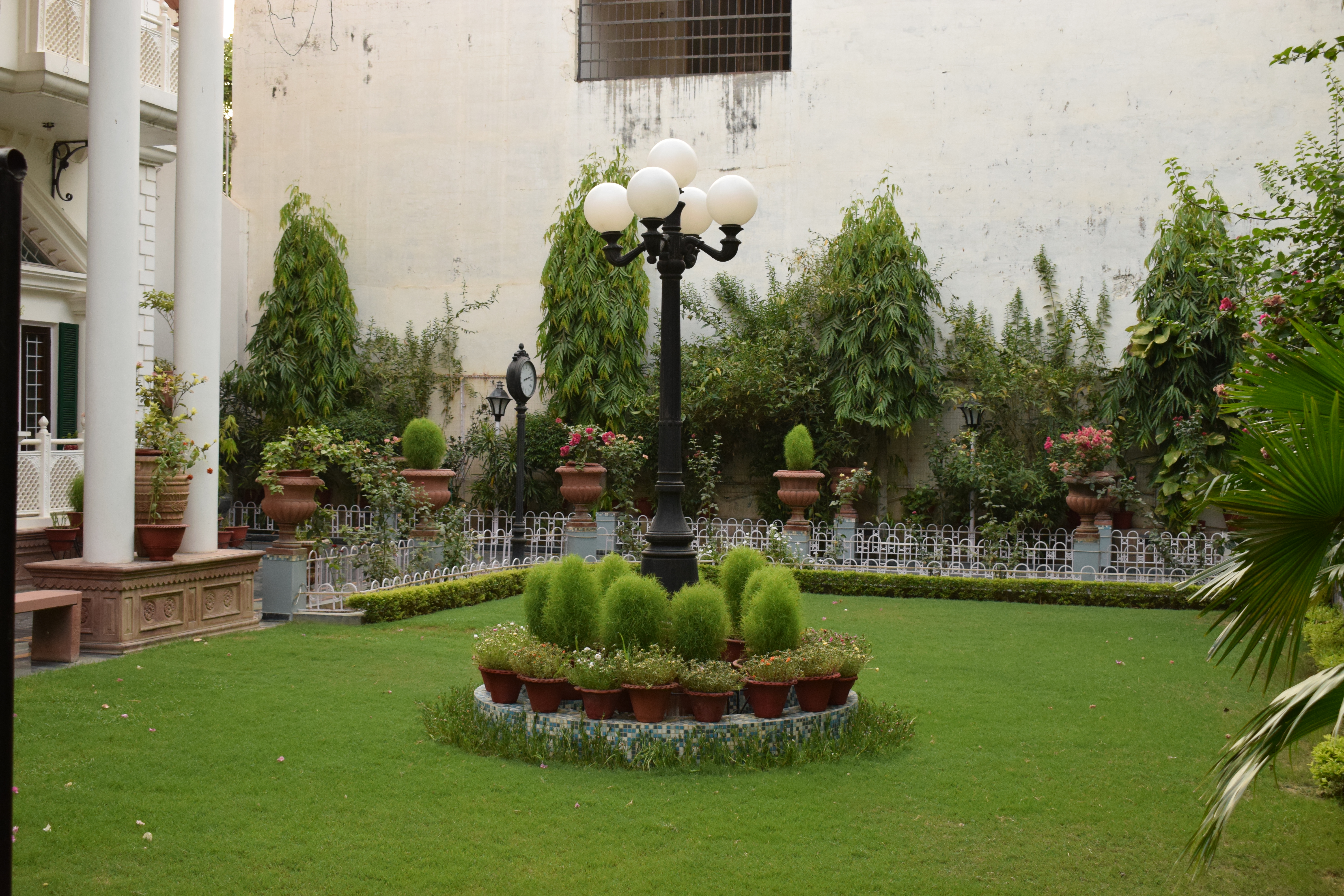 The Saraswati remains hidden, but the faithful believe that she makes her presence felt underwater which practically is only a belief.

In Hindu tradition Triveni Sangam is the “confluence” of three rivers. Sangama is the Sanskrit word for confluence. The point of confluence is a sacred place for Hindus. A bath here is said to flush away all of one’s sins and free one from the cycle of rebirth.One such Triveni Sangam, in Prayag (Allahabad) has two physical rivers — Ganges and Yamuna — and the invisible Saraswati River. The place has religious importance and the site for historic Kumbh Mela held every 12 years.

On the way to Triveni

The two major rivers maintain their identity, dignity and are visibly different as they merge. While the Yamuna is deep, calm, and greenish in colour, the Ganga is shallow, forceful, and clear. The Saraswati remains hidden, but the faithful believe that she makes her presence felt underwater which practically is only a belief.

Many years back in my younger days once I went to Allahabad during the monsoon, when the rivers were in full flow, and confluence was seen clearly due to the force of the water. A clear distinctive mark in the photography like a white colour and greenish colour differentiated with a straight line but I didnt find that type of distinctive junction this time. The water force makes having a dip at the confluence difficult. While the Ganges is only 4 feet deep, the Yamuna is 40 feet deep near the point of their nexus.

The river Yamuna merges into the Ganges at this point and the Ganges continues on until it meets the sea at the Bay of Bengal.At the confluence of these two great Indian rivers, where the invisible Saraswati conjoins them.Pilgrims take boats to bathe from platforms erected at the confluence.

This, together with the migratory birds give a picturesque look to the river during the Kumbha Mela, in January according to the boat man still I found some birds diving into the water though were not migratory. It is believed that all the gods come in human form to take a dip at the sangam and expiate their sins. 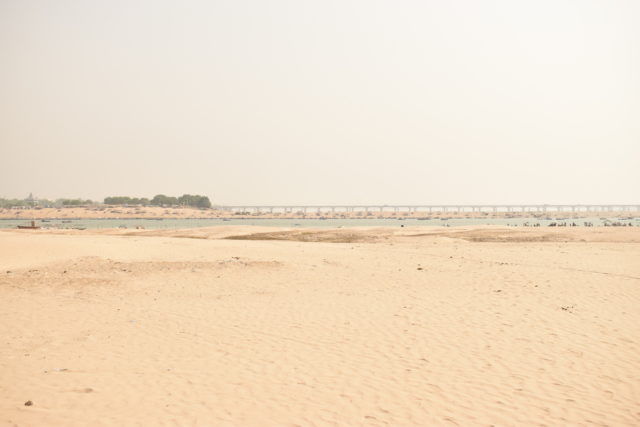 We hired our boat with crisp bargaining and arranged a small Puja at Sangam for the Goddess. From boat to Pandits, the materials for puja, the helpers for devotees to take bath all are burgainable even in our of season, which makes senses what they would do in the time of high times like “Kumbh Mela“.The shoutings of devotees, series of boats lined up on the small crisp waves in the nexus, long distant fort view from the boats shed were a sight to see. 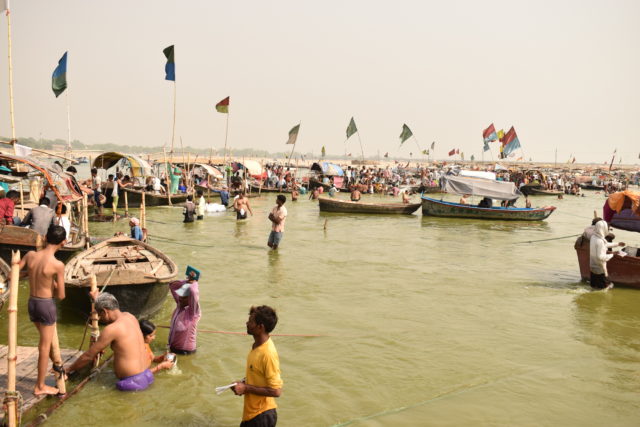 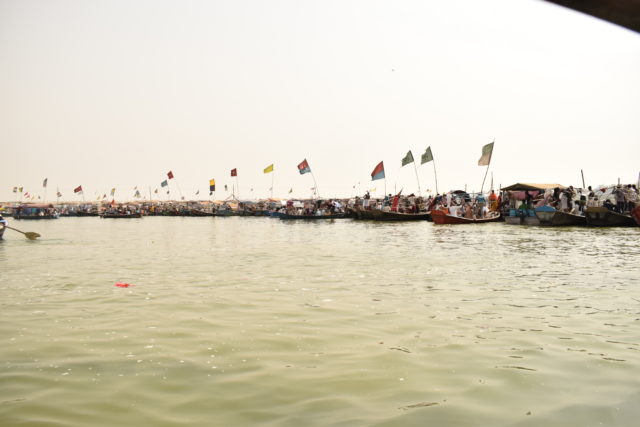 It was already late at 1030 hrs to start for Beriely for a hefty 480 kms drive to reach our destination befor my targeted evening and the Sun was started to punish with his mighty glory.

So after the great feel of “Kumbh” we started for Beriely for the day….

Our holy trip to Kumbh ended like this! And what it is to feel yourself connected with purity can only be judged once you are in it, or is it different for you?

Kolkata to Kumaon – A stay at Allahabad was last modified: July 14th, 2022 by Debjit Chakraborty

A good traveler has no fixed plans, and is not intent on arriving- Lao Tzu Prologue :- Once upon a time I used to…