17 th May was the after effect day of Cash crunch for the recent havoc created by “Ransom Virus”. In the beginning We started with few cash and were depending upon ATM cards but things were not in favor. Though the center tries hard to make a cash less society but without infrastructure it seems a long way. Lets visit the Corbett through my words and photographs.

From the beginning maximum filling stations, eateries, hotels were in the clasp of occasional server down. So we were depending largely upon cash and that day when I tried to avail them from ATM, things went wrong when I realized that all the machines in between allahabad and Raebarely were dry and stopped at Raebarely, filled the tank full, had our lunch and went to S.B.I branch to avail the green channel facility. All set, and lastly we started from Raebarely well late for Bareily at 1600 hrs.

J M Vistaraa, the hotel we stayed at Bareily was good with positive vibe with an modern touch. It was a budget friendly hotel. We stayed the night very well and started late for next days comparatively short journey to “ADB Rooms A Resort” near Ramnagar. 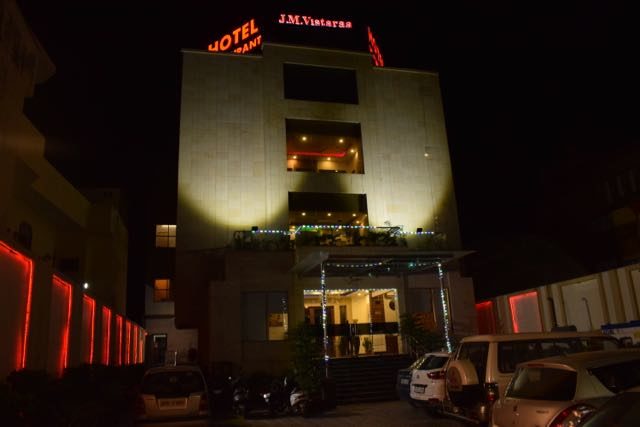 The 149 Kms journey was very much eventful as the hilly terrain began with some good highways. As our destination neared the outskirts of the jungle made our minds relaxed. The resort was inside the jungle area, around 5 kms from Bail Parao.

The manager guided us to the resort which was heavily fenced with electric wires along with other resorts.As the national Park was not enclosed so animal sighting was quite frequent in the area, thus the protection for the occupants. We had a booking for two nights over there and the booked jeep safari was for the second day i.e. 19th may evening. 18 th afternoon, we went for the Corbett falls nearby.

It was a 20 m water fall situated 25 km from Ramnagar, and 4 km from Kaladhungi, on the Kaladhungi–Ramnagar highway. The water falls is surrounded by dense forests and pin drop silence and under the protection of authority. 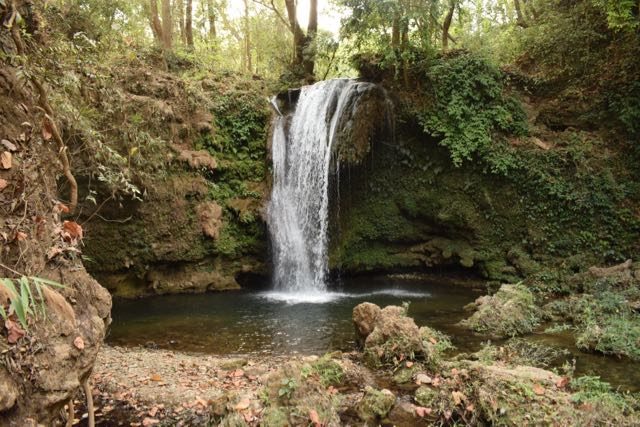 The night went well, the morning was a heaven for bird watchers, even inside the resort premises we saw variety of birds and tried to photograph them. We spend the morning, till breakfast by enjoying the tranquility and presence of nature all around us. As the Sun went up we went out for Garjia Devi Temple. It is a noted Devi temple located in the Garjiya village near Ramnagar, Uttarakhand, on the outskirts of the Corbett National Park.

The temple is situated over a large rock in the Kosi River. It is a sacred Shakti shrine where Garjiya Devi is the presiding deity. The temple is one of the most famous temples of the Nainital district, visited by thousands of devotees during Kartik Poornima, a hindu holy day celebrated on the fifteenth lunar day of Kartik (November – December) The first Priest was Pt. Keshav Dutt Pandey who began worship of Devi Girija.There is also a statue of LakshmiNarayan of 9th Century,That statue made from black granite.Many people go there every day, worship in the temple.

Many people bath in the Kosi river situated near Garjiya temple.The photogenic beauty is quite mesmerizing in the place. 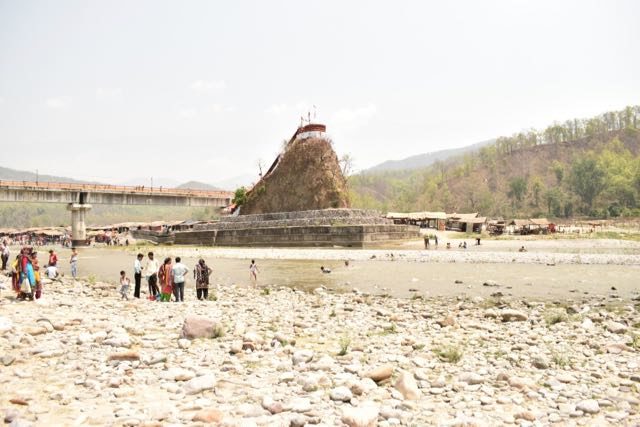 19th evening was scheduled for jeep safari at Corbett in “Dhela” range. Jim Corbett National Park is the oldest national park in India and was established in 1936 as Hailey National Park to protect the endangered bengal tiger. The park is located in Nainital district of Uttarakhand and was named after Jim corbett who played a key role in its establishment. The park was the first to come under the Project Tiger initiative. 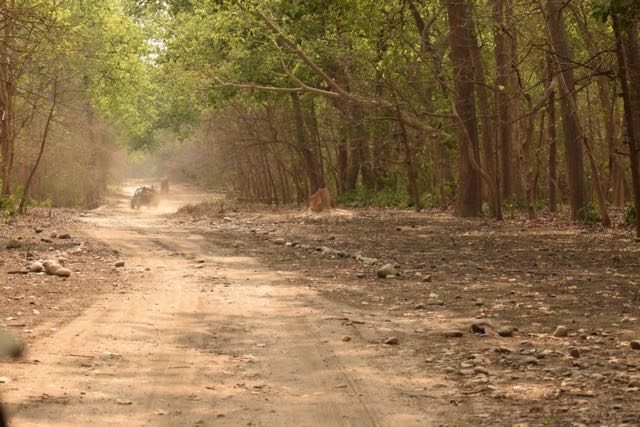 The Jim Corbett National park was the first park to start the Project Tiger, the most important initiative taken by the Government of India to protect the Royal Bengal Tiger.

The park has sub-Himalayan belt geographical and ecological characteristics. An ecotourism destination, it contains 488 different species of plants and a diverse variety of fauna. The increase in tourist activities, among other problems, continues to present a serious challenge to the park’s ecological balance. 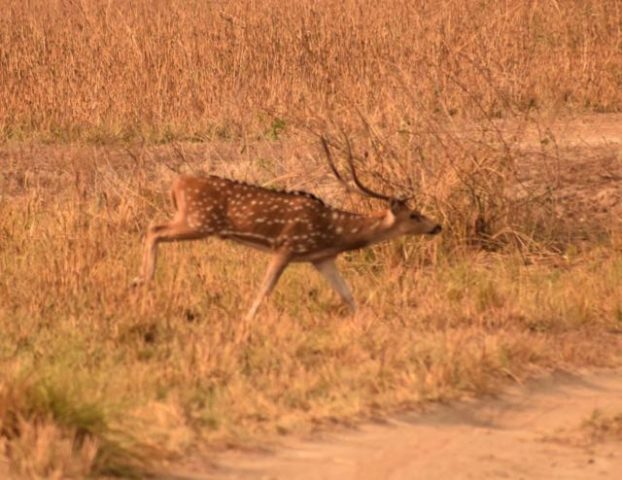 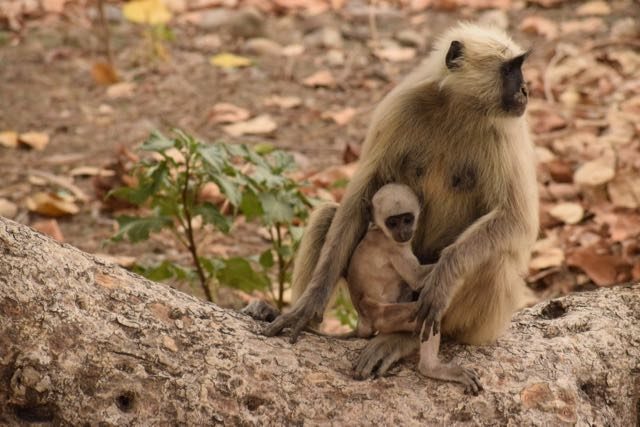 Corbett has been a haunt for tourists and wildlife lovers for a long time. Tourism activity is only allowed in selected areas of Corbett Tiger Reserve so that people get an opportunity to see its splendid landscape and the diverse wildlife. The number of tourists increased dramatically nowadays. Its very difficult to book a safari also if one is not at the stipulated time.

My suggestion regarding this matter is that if one cannot book a safari then ask the hotels to book, where one is planning to stay. If not possible to stay in the Rest houses located inside the forest then atleast can book the safari even at eleventh hours. It is very much advisable to stay at the forest rest houses at “Dhikala range”

Personally I always like the essence of jungle, its tranquility and the adventurous chance of animal sighting rather to watch its occupants as a must.So our beautiful time ended by watching some deerslike hog, barking spotted and sambar deer, many langoors, variety of birds, occasional wild bore. The water hole and grassland sight was excellent, particularly the vast scape from the watch tower drenched in the last rays of Sun.

The ” way to Kumaon” saga would have ended in a harmony except the last days stay at the resort. After the safari, it was late afternoon and on the way we spend some quality time near Kosi Dam.

Many tourists were there like us, spending time in a soothing park at the place and lastly we returned at the resort after the sun down. The night didnt go well as there was a thunder storm started and the temperature fall abruptly which was a cool experience but instead the problem came in a civilized manner.

The storm effected the electric supply which happened in a power cut and unfortunately our genarator back up went wrong and we spend the night without electricity. The electric fence was not working and we heard numarous sounds of wilderness inside the campus along with the barking of pet dogs of the resort.

….journey ahead for hills to come next day…

In the last three posts of this series I have described everything about our short tour of Ajmer and Pushkar, now through this final…