The planning was crisp with my family, my wife and 6 years old son. After April 15th 2017, decided to chalk out for the road trip and finalized on 17th with all the bookings done and as per planning we started for Kumayon from Kolkata on 15th May 2017 with my Swift Dzire to our first halt at “Gorpanchkot” with a halt at “Mubarak Snake Park”, in the early morning at around 0530 hrs.

The day trip was brisk with no traffic in the city, so we took the Bombay road till Mourigram, instead of taking Kona Expressway to reach NH 19 and after that as usual it was a smooth delhi- kolkata highway until it reached NH 419 to meet the Asansol-Barakar road. We planned our first halt at WBFDC Bonbunglow at the first place and after taking some rest we would have went for the sightseeing.

But as we reached early over there around 0830 hrs so decided to visit the “Mubarak Snake saver park” and the Dams nearby before check in. Some of the stretches towards the snake park were over crowded with some patches of typical 25/30 feet road. There was a immensely over crowded market and passenger stand at the junction of Purulia-Chirkunda road. Luckly we got noticed to Mr Mubarak in one of the souk, who helped us to find the park himself.

The unusually helpful Mr. Mubarak may create some question in ones mind because of his over politeness and tendency of sharing knowledge about snakes but soon I realized that he was a real savior of mother nature and true snake lover. People who are interested can visit him through google. The park was instituted in a garage, the staffs were well trained for a snake handling.

One can see many venomous and non venomous snake which were rescued from the forest near by. The park had a collection of variety of birds also like Turkey, Emu, etc. Some days ago before we reached there a thunderstorm made havoc and the park was disoriented a bit. The storm also destroyed a bridge way to the regular way of our destination Garpanchkot also from there, so after visiting the snake park we decided to go for the Mithon Dam nearby. 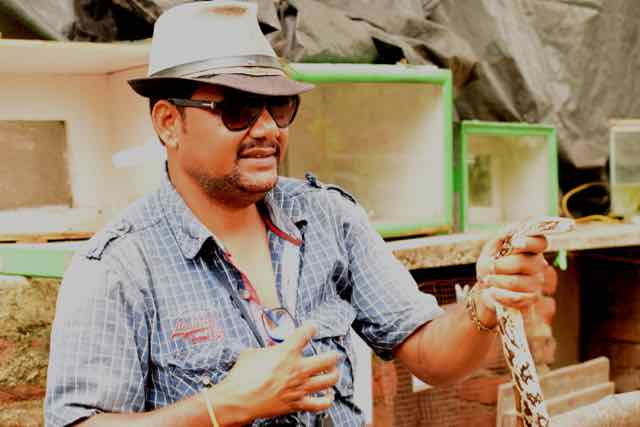 Mr Mubarak at his allure 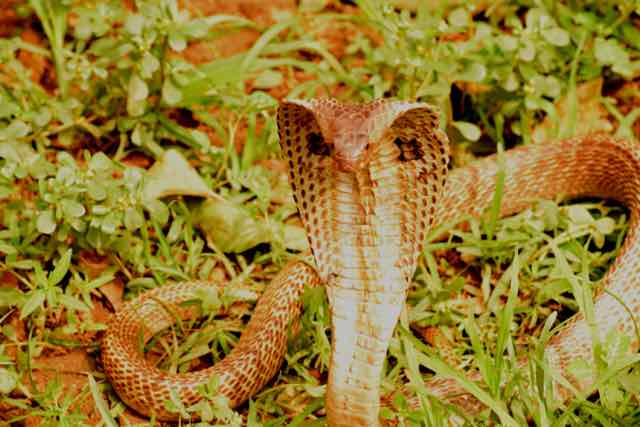 The Maithon Dam was located 48 km from Dhanbad in the state of Jharkhand, 4,789 m long and 50 m high.This dam was specially designed for flood control and generates 60,000 kW of electric power. There is an underground power station, the first of its kind in the whole of South East Asia. The dam is constructed on the Barakar River The lake is spread over 65 square kilometres. Scenic beauty of the resorvior iwas quite facinating. Boating facility was there for nature lovers. 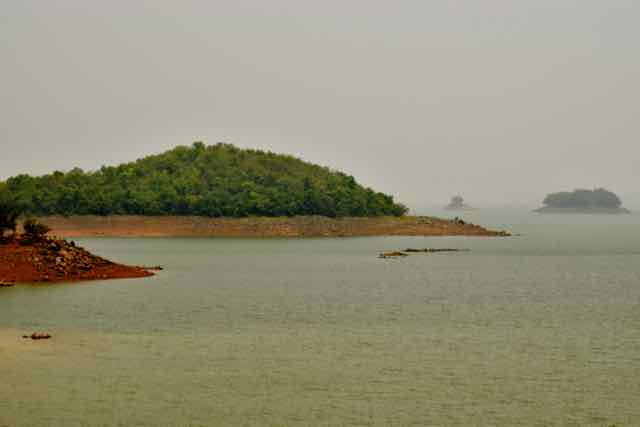 The way to Gor Panchkot from Maithon was around 31 kms. It was planned after the discussion with locals to avoid traffic and bad roads as previously told that the regular passage was disrupted for the storm. The road leads to Dishergarh and Sarbari crossing.

In a small village named “Baghmara”, the north of Panchet hill in Purulia district of west Bengal lies a tranquil small area named “Gar Panchkot” in which one can regain mind freshness as well capture the time of history. The scattered ruins of forts and temples gives untold evidences of “Sinhgdeo Dynesty”. The architectural of those temples are quite different in which special attraction is the ruins of “Panch Tantra temple” after this “Jor-Bangla” architecture is there.

In the span of time all became ruins today.On the pillars of “Panch Tantra Temple” one can notice the “terracotta” architecture which happened before Muslim tradition. There was no idol inside any temple. According to folklore, the idol were shifted to Kashipur when the Capital shifted there.

In “Purana” there is allusion of Panchkot hills. The name was “Man-Bhum” then, from which it was nammed king “Damodar Seikh”, the first of “Singhdeo” dynesty which started on 9000 BC.He was the son of “Maharana Jaggadeo Singh”, of 8100 BC from “Dhara” of Rajputana.It is said that Maharana was the decendent of King Vikramadittya of Ujjayan.

while expanding the empire five tribes united under the rule hence named “Panchkot”.According to some historian the “Panchkot” dynesty mashroomed inside the ancient dynesty of “Chotonagpur Plateau. Even at the time of Mughal Emperor Sahjahan the Panchkot dynesty kept its position in the map. 1600 AD found Gar Panchkot under the custody of king Hambir of “Malla Dynesty” but it is not clear how long it was in the custody.

Still now there is inscription about king Hambir in one of the two inscription near main gate of the ruined palace. Arount 1752 the capital shifted from Gar Panchkot. One famous king Nilmoni shingh also ruled there on 1860 and the Capital shifted again from Keshargarh to Kashipur in his time.

Capt. Oaks arrested King Nilmoni Singh for acquisition for leading in “Saotaal revolution” which was written in the biography of  first british Governor General Sir Fredrick James. Renowned writer and poet “Michael Madhusudhan Dutta” was once worked as manager in that state.on 1872.He wrote three ballad and prayed for old golden re-thyme of Gar Panchkot.

The main two festival of this area is “Vadu” and “Tusu”. The “Dol Yatra” also celebrated in “Birichi nath temple”. In ram navami there starts a fair near the ruin lost city of Gar Panchkot. “The hight of Panchet hill is 643 m and of 18 sq kms wide. The trees like Saal, Piyal, Mahul and mani herbs with medicinal harbs exceeding 200 varieties were there in the jungle over there which were initially planted by Panchkot kings. According to Puran once many ayurvedic doctors came visit the place for these herbs. 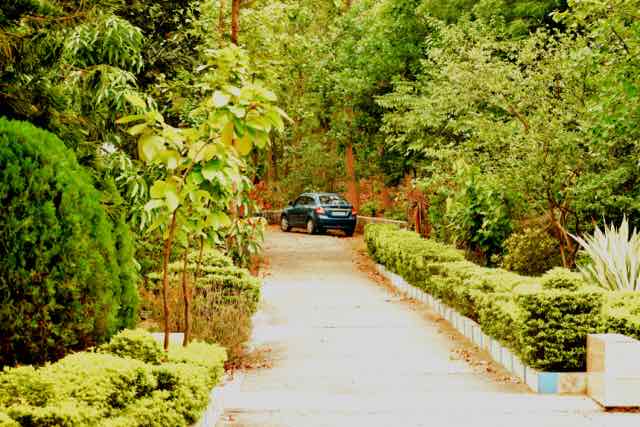 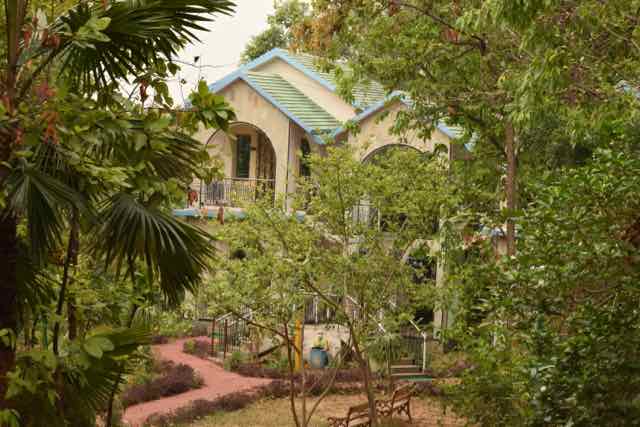 From Gor area,our destination to WBFDC resort was not very far and we made it within 1430 hrs. and had a very homely lunch. After some rest, the afternoon was perfect with partially cloudy sky which lowered the days heat much and inspired us to stroll a bit inside the premises. It was off season then and there was no guests than us, so we enjoyed the brisk roaming in the vast plantation of green.

The premises in almost at the foothill and the caretaker told us about the wild life just outside the fences. There were many natural hilly terrains made all over with beautiful gardens and we were compelled to think about another day or two at the spot but to maintain our tight schedule to reach Kumayon we started next day morning.

So, that was my little adventurous journey to share with you… Have you ever been to these places or nearby? Or have you also encountered such a person like Mr. Mubarak in your trips or ever?