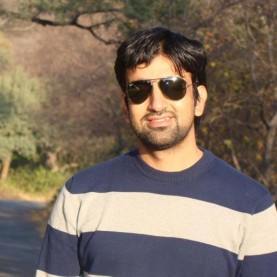 So far i had traversed to places having familiarity with the social mass but this time i thought of cherishing and exploring the obscurity of the Chambal Gorge, created by the mighty and the pristine Chambal River ,who oblivious of my encroachment is busy streaming and gushing.

December was the month back then two years ago ,when i thought of going down to the South Eastern frontier of Rajasthan surrounding Kota and Jhalawar, from Delhi. The region is situated on a tableland being a part of the Malwa Plateau which encapsulates the whole Northern Madhya Pradesh along with the Vindhyan Ranges and enscrapments.

he points in this trek mostly included temple caves and shrines. I was greatly exhilarated because i will be surrounded by mysticism and divinity of Mahadev Shiva for the whole day. Mahadev is a great source of inspiration ,he is a yogi and a warrior bestowed with great powers.
Jatashankar is a cave temple.One has to go deep into the ravine about 200-400 meters with the help of narrow stairways laid down supported by enormous rocks on both sides.These are sedimentary rocks mainly sandstone thus having loose gravel.In simpler words if one throws a sandstone it breaks.

We started walking carrying our backpacks to our first destination .. towards Pandav Caves .
While walking through the city , which is mainly an Army Cantonment area housing many servicemen, we happened to see a church named “Protestant Church” it was bolted and locked with some buffaloes grazing in the area enclosed within the walls of the church. Probably the church only opened on Sundays for public prayers,sermons and religious meetings.
This magnificent structure reminds one of the British annexation of this region and making it a summer hill resort.By looking at the church its medieval architecture and grandeur can easily be apprehended.
A few minutes walk ahead lead us towards the Pachmarhi lake towards the south surrounded by the Golf Course with local habitation around its pockets.

It was the day before Vijay Dashmi (Dusherra) I along with my companion , butterflies in our stomach , an eject button that one calls ,far away from the hustle bustle of this metro polis,in order to embark on an escapade , boarded the Jabalpur bound train from Delhi in the evening of 5th October 2011 heading towards the thick meadows and lush green washed Satpura Ranges to feel the heavens abode in a place popularly known as the “Queen of The Satpura Mountains” — Pachmarhi.

The train was late by 45 minutes . It started staggering at a snail pace at Jhansi till Itarsi but gained momentum steadily towards the destination.The station had only two platforms occupied by almost all locals,many squatted relaxing & staring at the people ,hurriedly we moved out of the station to find a bunch of taxiwallas encircling us ….. I said we’ll return after visiting the town in a bid to get rid of them.

There was a mad chaos towards the streets with cows and bulls roaming in their most fashionable gait.One can push you very easily with an unapologetic face,throwing a sigh at you saying “bhaiya dekh ke chalo” with a dissenting and relentless tone on all your protests.