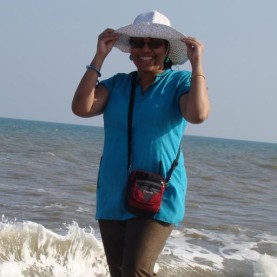 A town with an atmosphere rich in history, mythology, religion, belief and faith with the river Cauvery quietly flowing agelessly, a witness to the rise and fall of several kingdoms, to the fervent prayers and resonant chants of devotees, to the happiness and sadness in their hearts and to the progress of human civilization over time.

Mysore is the Karnataka’s second biggest city. It was the erstwhile capital of the Wodeyar dynasty and is considered the cultural capital of the state. It is also known as the City of Palaces. From what we saw, Mysore appeared to be a clean and well planned city with a heritage feel and quaint charm to it. Here are the places we visited

Mysore, known as the cultural capital of Karnataka, is a must-visit if you come up-to Bangalore for even a week. As for Srirangapatna, made famous by Tippu Sultan and more so by the TV series “the Sword of Tipu Sultan” aired on Doordarshan :), it lies on the way to Mysore from Bangalore. So, visits from in-laws and my parents resulted in two trips to Srirangapatna and Mysore. Here is my travelogue based on the two visits – first part about Srirangapatna and second part on Mysore.

After lots of shopping, we returned to our hotel for lunch. Checked out from our rooms, kept the luggage at the hotel lobby and had lunch. Post lunch, all of us went to the beach for one last time. It was so wonderful to see the shimmering waters of the Bay of Bengal.

From the very first day in Puri, I was fascinated by each and every part of it and just want my that time to be rewinded. The fun part of Chilka visit consisted of boating ; the activity of which both my Dad and I were afraid. So we just roamed a little , took snaps and sat in the adjoining park while eating chips and feeding crumbs to crows. Also Dad bought 3 crabs weighing one kilo and gave them to the hotel chef to prepare for us. I was looking forward to my dinner that night more than I usually did. :D

Every year students of 4th semester are taken on an educational tour or power plant visit and picnic by the faculties of our department….