Some of my colleagues proposed the idea of going on a picnic trip to any nearby place. Rest of us agreed. The places chosen were Talakad or Talakadu which is around 130 kms from Bangalore and 24 kms further to Somnathpur. Bus was hired and food arrangements were made which consisted primarily of South Indian dishes. Permission to go on a picnic on a working Saturday was taken from the management. Bus started at 6 am from the first pick up point. At around 8 am we reached Kanakpura to pick up our supplies. At around 10.30 we stopped for breakfast somewhere beside the road. After breakfast, on our way to Talakadu, all of us started playing Antakshari. It was fun!! 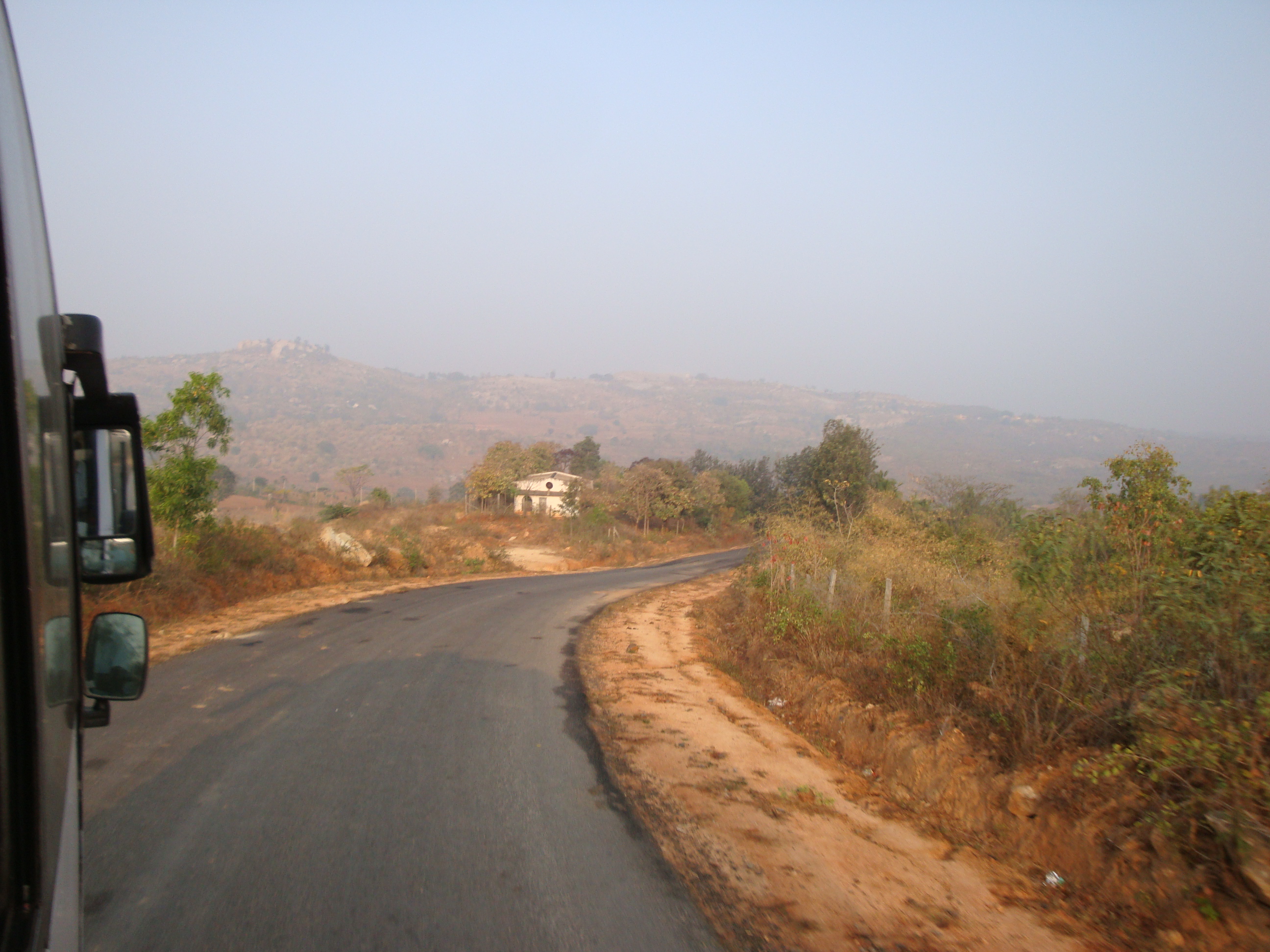 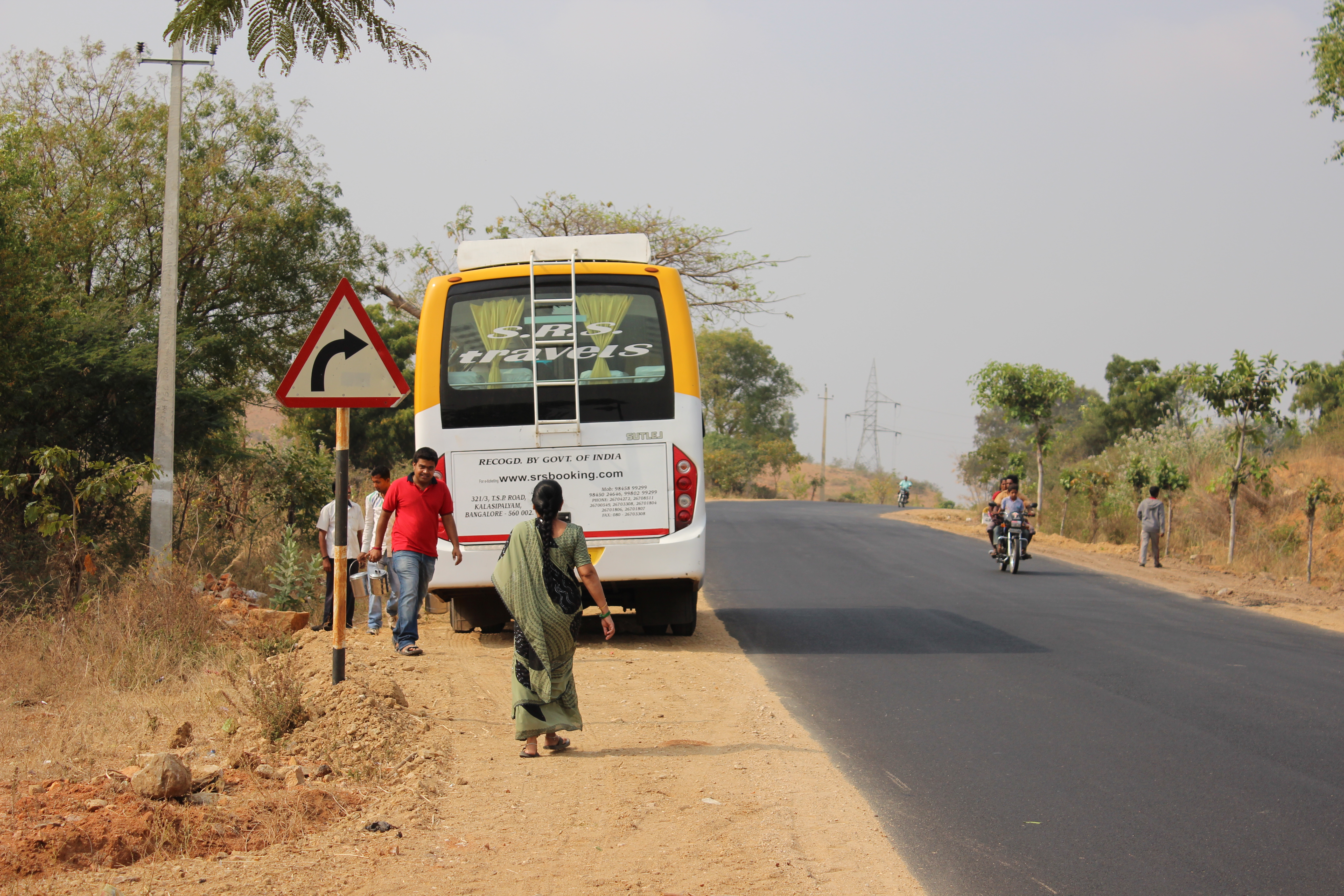 As soon as we reached the outskirts of the small rural settlement, there was a barrier on road and some kids ran up to us to collect “vehicle entrance fee”. The signboard was extremely dubious. But that is the way it is at many places around Bangalore. 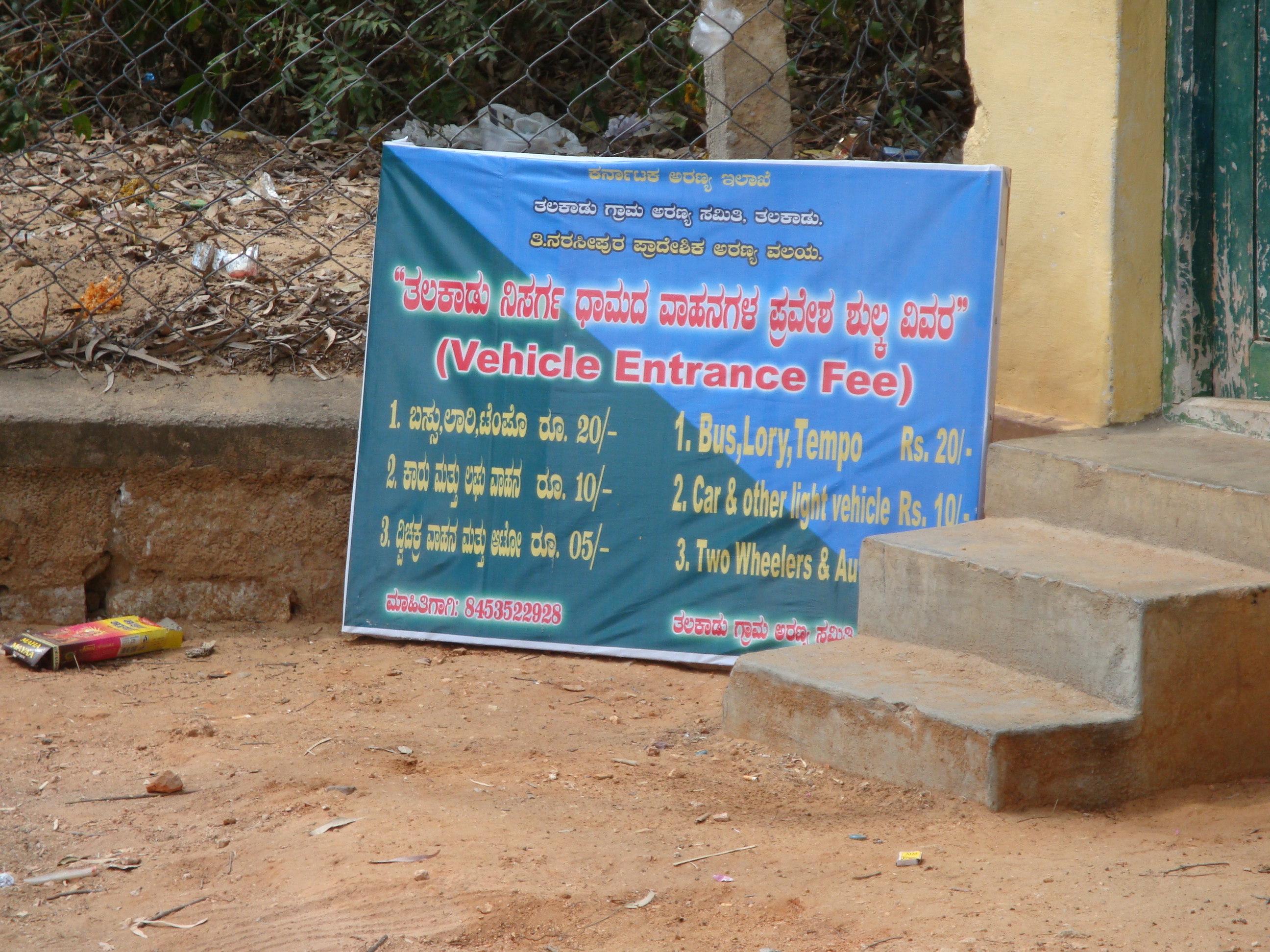 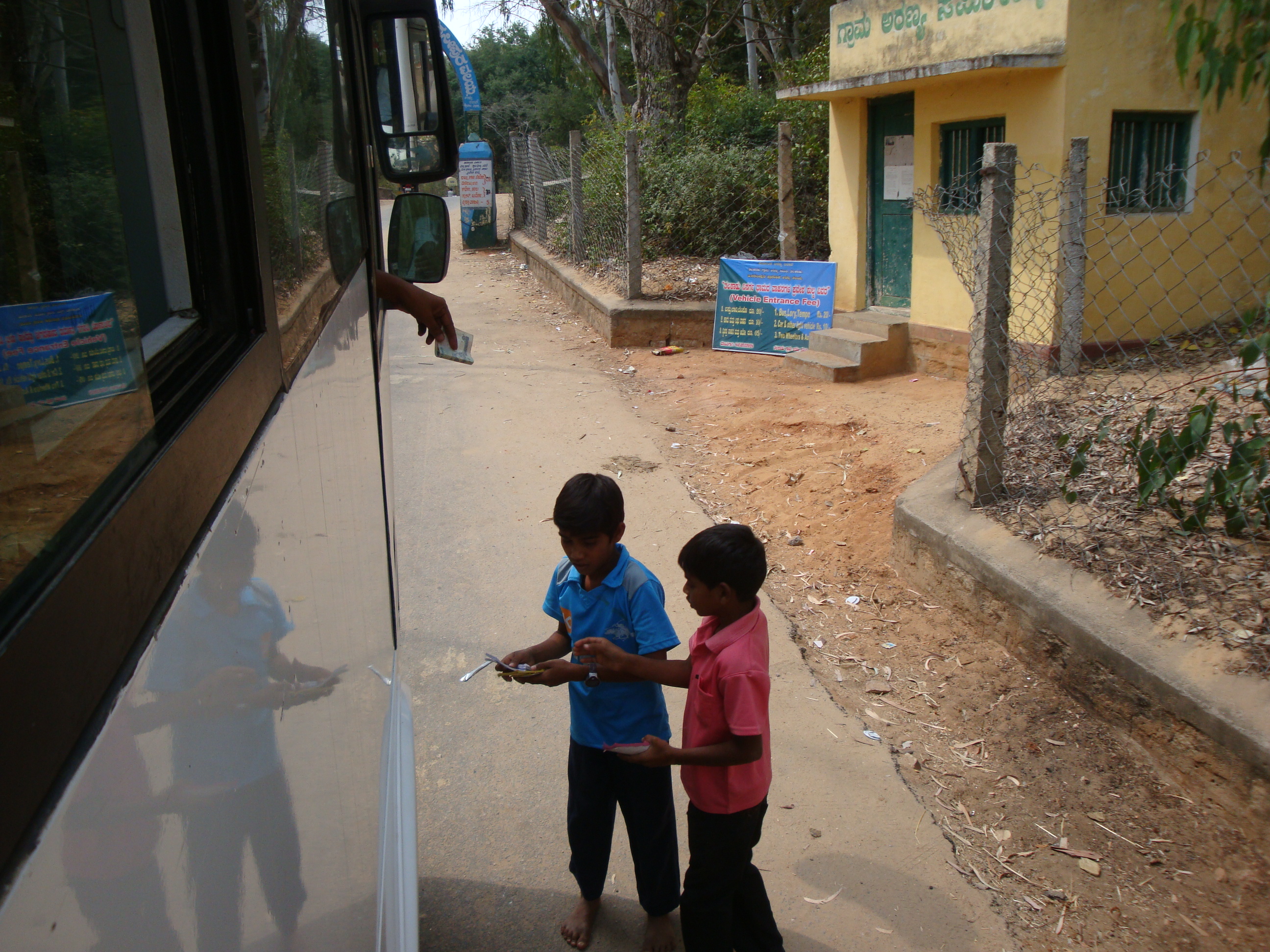 Talakadu is a small town, with lot of ancient history and mythology related to it, located on the banks of the famous river Cauvery. Remains of pre-historic settlements have been unearthed at Talakdu. The town is peculiarly covered with sand dunes several meters deep and has a folklore behind its appearance. Talakadu is also a centre of pilgrimage. It is also known as Kasi of the South. It is mentioned as Gajaranya meaning Elephant forest in ancient lore of India. Tourists come here mainly for the “darshan” or to offer their prayers to the five sacred Shiv-lingas (representation of the Hindu deity Lord Shiva) and especially in the month of Kartika of Hindu calendar. Talakad has been ruled by several dynasties over the ages (Gangas, Pallavas, Cholas, Hoysalas,Vijayanagar Kings) and recently by the Wodeyars of Mysore.

At the parking area, one can find vendors selling guide books of Talakadu. Those are really helpful in knowing the history of the place and for guiding the religiously inclined to the correct procedure of visiting all the temples in the area. The book has a Kannada section and an English section. If you bargain well, you can get it in Rs 10.

The tale of The Curse of Talakadu goes like this:-

Vijayanagara king had appointed one Srirangaraya as the viceroy of Vijayanagar Empire to Wodeyar kingdom, in 1610. The viceroy’s wife was Alamelamma who used to send her ornaments every Friday to decorate Sri Ranga Nayaki, the consort of Sri Ranganatha of the Srirangapatnam temple. After the death of her husband, the Wodeyar king and his soldiers started to harass the woman for her jewels. The Mysore king sent his force to seize the jewels. Out of helplessness and anger, Alamelamma jumped into the river Cauvery at a place called Malangi with the jewels tied up in a cloth. When she was drowning, she uttered a curse in Kannada saying

which translates to ‘Let Talakadu be covered by sand, let Malangi become a whirlpool and may the kings of Mysore not have any heirs’

Now the strange thing is Talakdu is really covered with sand (which scientists attribute to either building of a dam in the 14th century or a fault line running through the river), the river really has whirlpools at Malangi and the Mysore royal family have faced problem in having a rightful heir to the throne since that time. Apparently the present scion of Mysore Royal Family, Srikanta Datta Narasimharaja Wadiyar, has made amends for the same. I am not advocating any supernatural hocus pocus or superstitions, but one has to admit there is a certain romanticism, charm and curiosity in knowing such folklore. :)

Talakadu has derived its name from two hunters called TALA and KADA. They also have a mythological story which goes like this :-

A sage Somadatta with his 16000 disciples was on his way to Siddhashrama situated on Mount Somarka to worship Lord Shiva. Enroute wild elephants killed him. He was reincarnated as an elephant and continued worshiping the god with his disciples at a place where a ‘salmali’ tree stood. In due time the Lord appeared and blessed them all with mukti or emancipation of the soul in human form from the cycle of births and deaths. Now, later in the course of time, two hunters called Tala and Kada, were travelling in the region. They struck the ‘salmali’ tree with an axe and blood gushed out. They fainted. When they regained consciousness, they heard a voice telling them how to dress the wound and heal the tree. The hunters did as instructed and became ‘pramathagana’ (whatever that means). Lord Shiva who suggested medicine to his own illness came to be known as “Vaidyanatheswara” (The Lord of Physicians). The place became famous as Talakadu and the blood which had oozed out got mixed with earth and got the name “moolamrithika”. The sacred mix is supposed to cure all diseases including those caused by misdeeds of previous births.

After reaching bank of the river, we chose a spot under the shade of a tree and settled down. Most of my colleagues went for a ride on the special round boats or “parisals” across the river. Parisals or Indian coracles are primitive, light, bowl-shaped boats with a frame of woven bamboo, grasses, reeds or saplings covered with hides. They are used commonly in South India and are a major tourist attraction. After the boat ride, all of them went for a swim or to just play in the water. There are changing rooms available near the river. There are various food items and refreshments vendors also. I and my friends ate watermelon pieces to cool off. It was so hot in February! 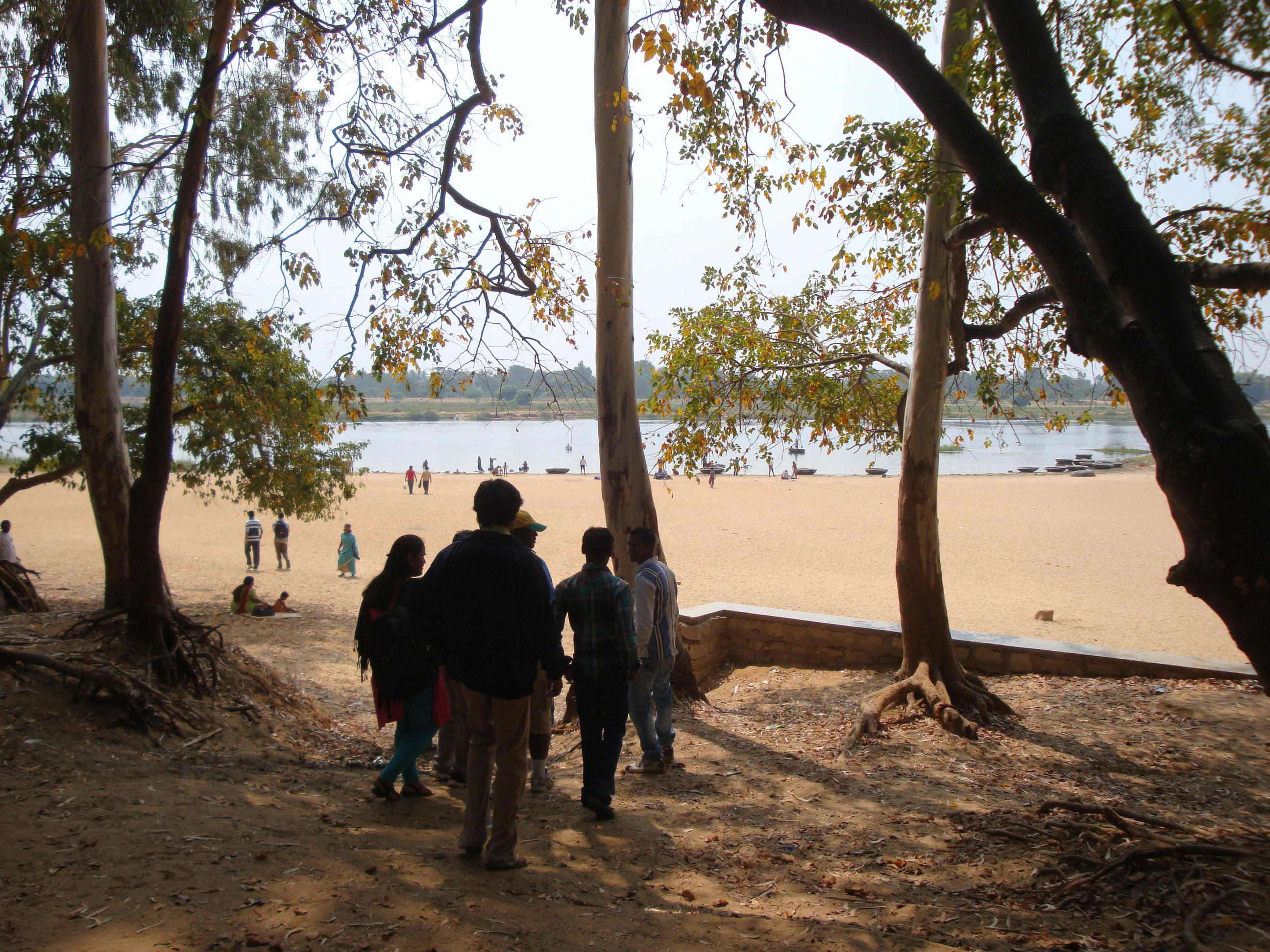 On way to beach 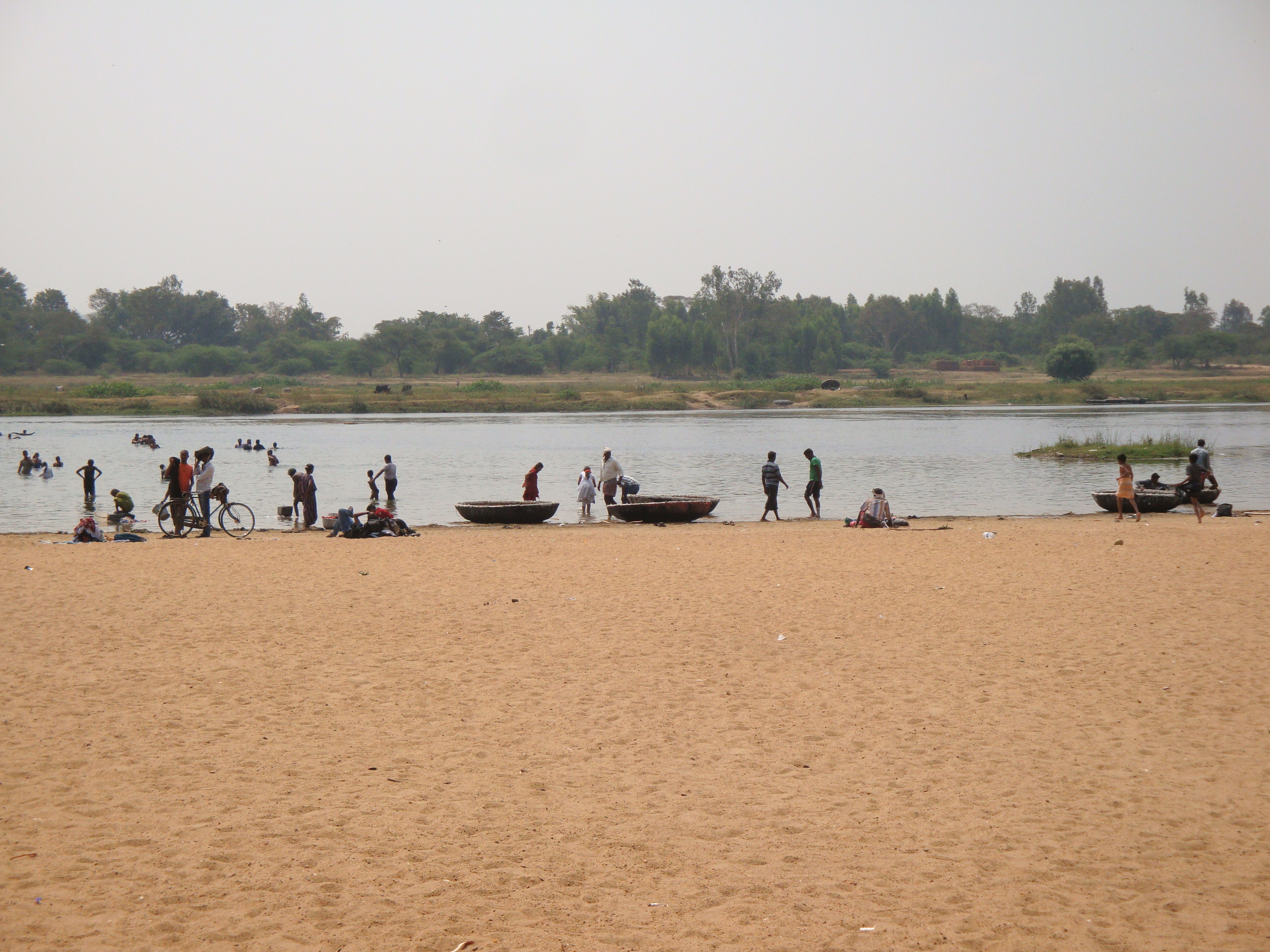 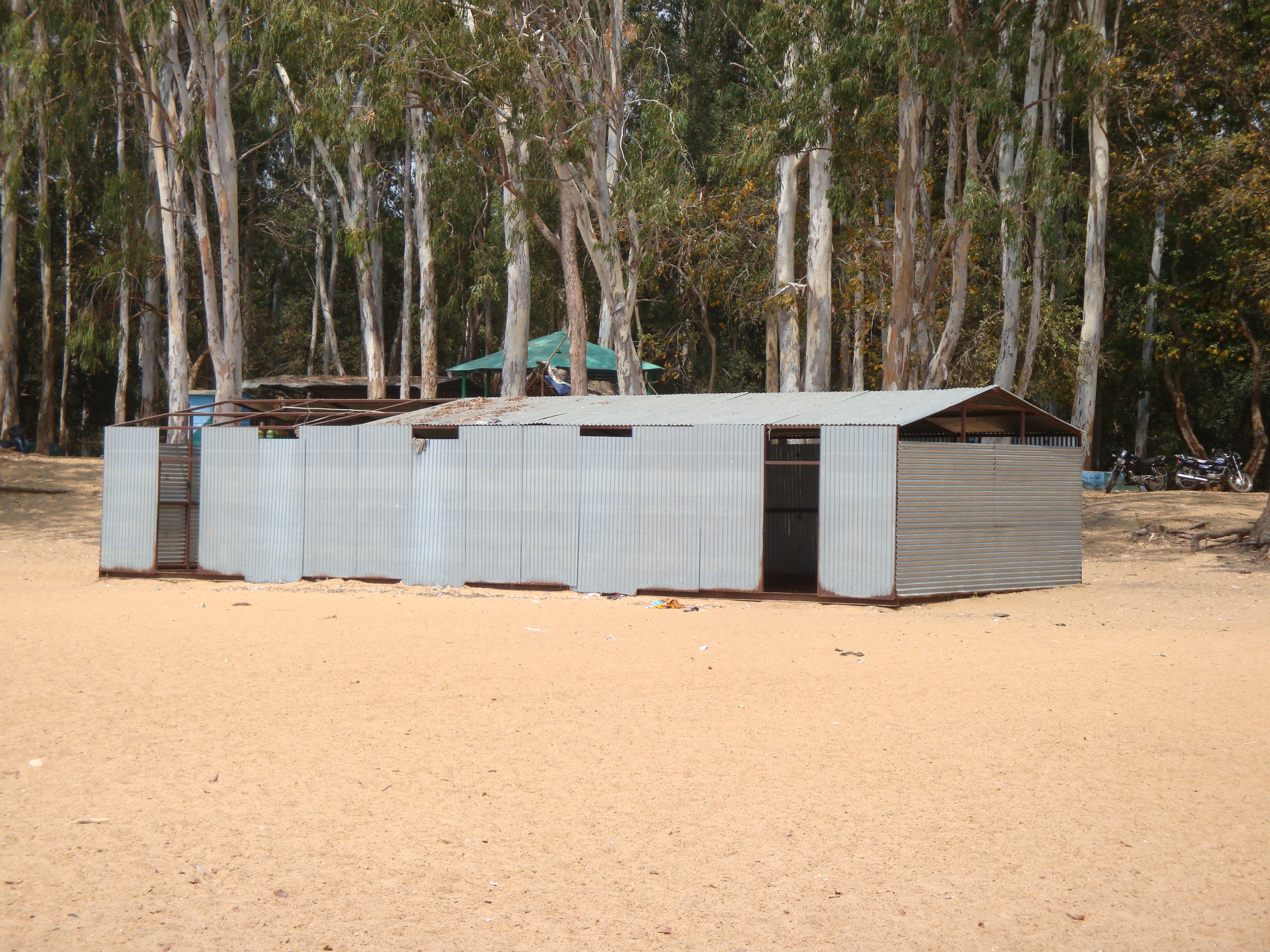 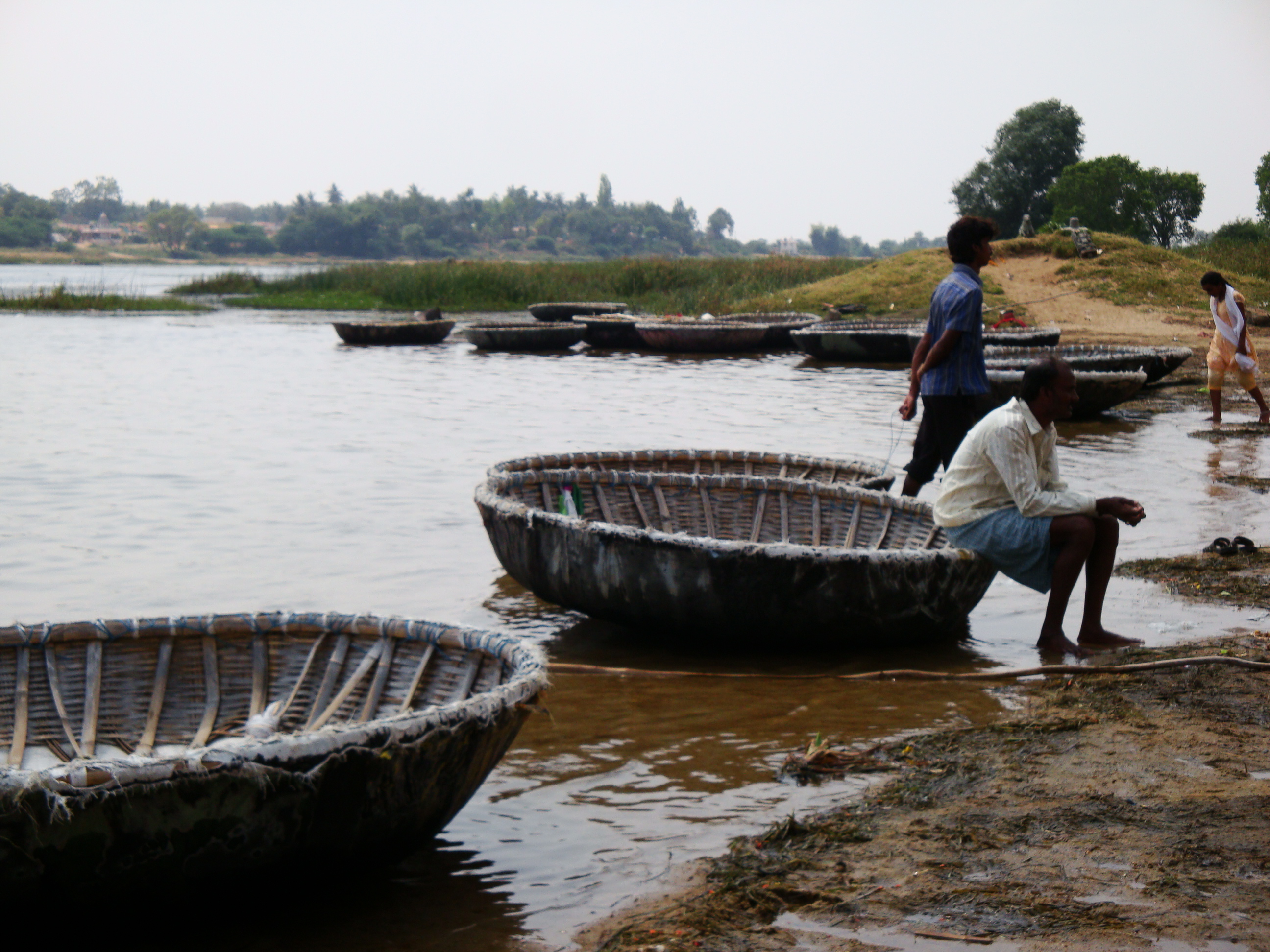 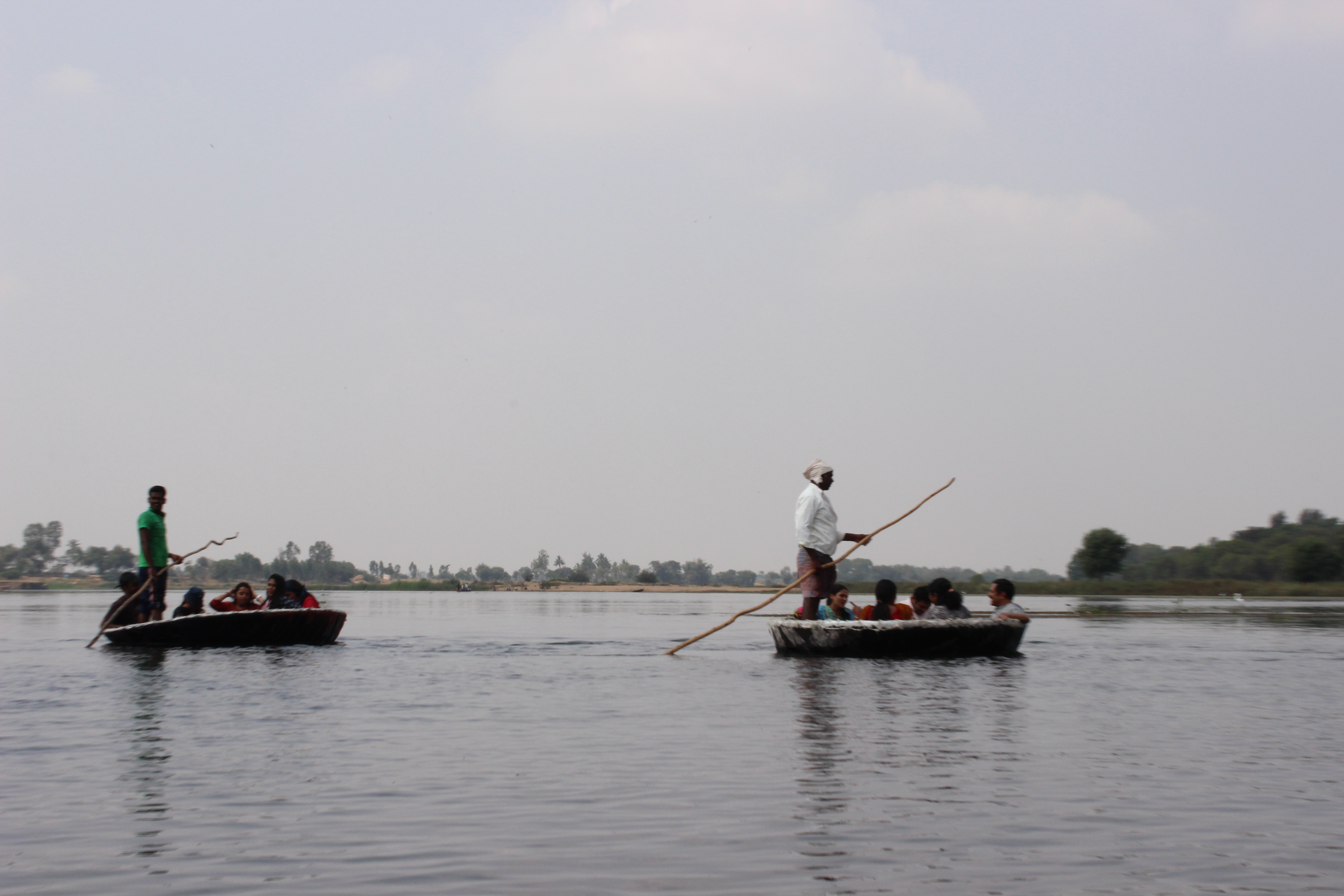 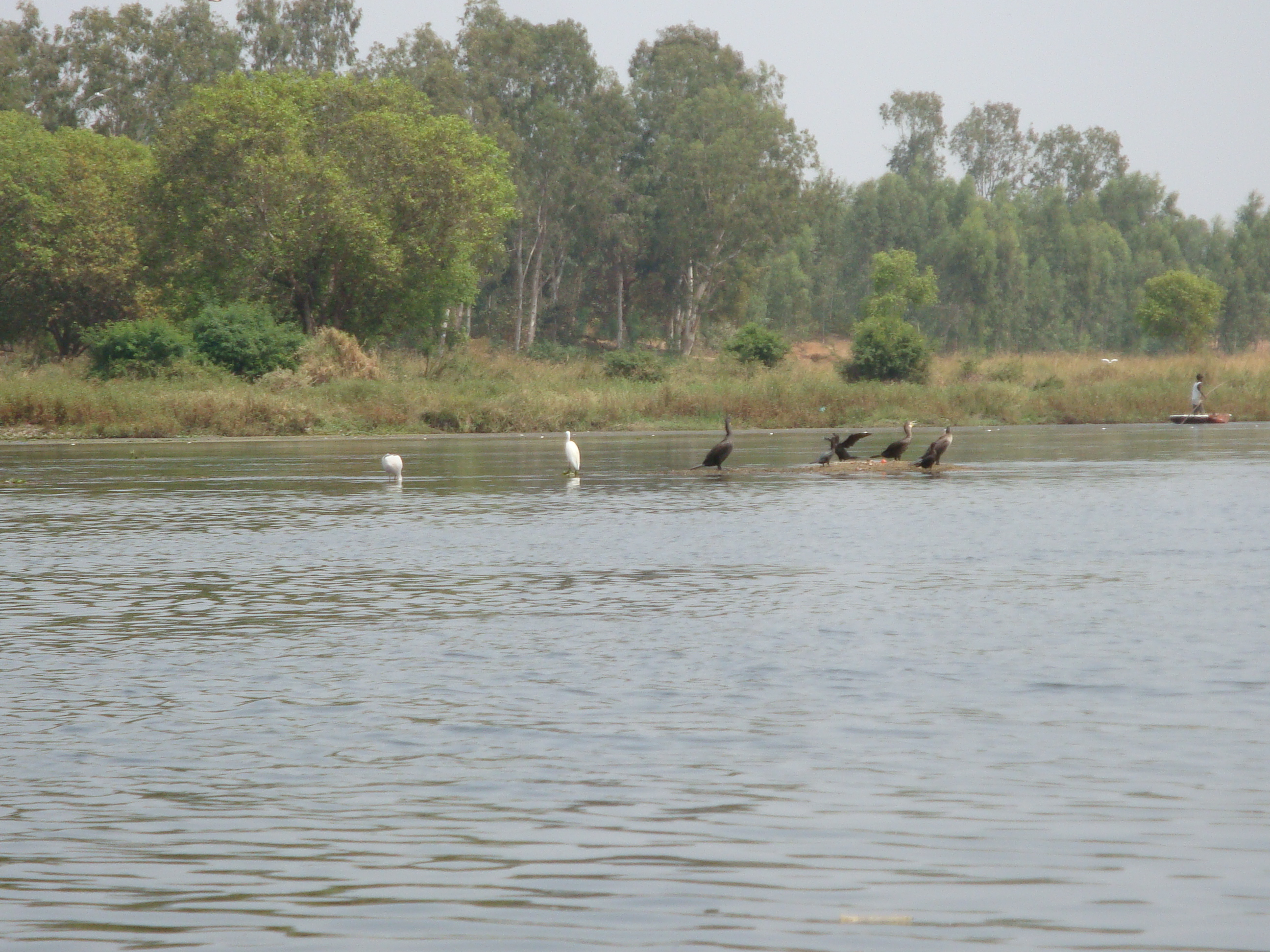 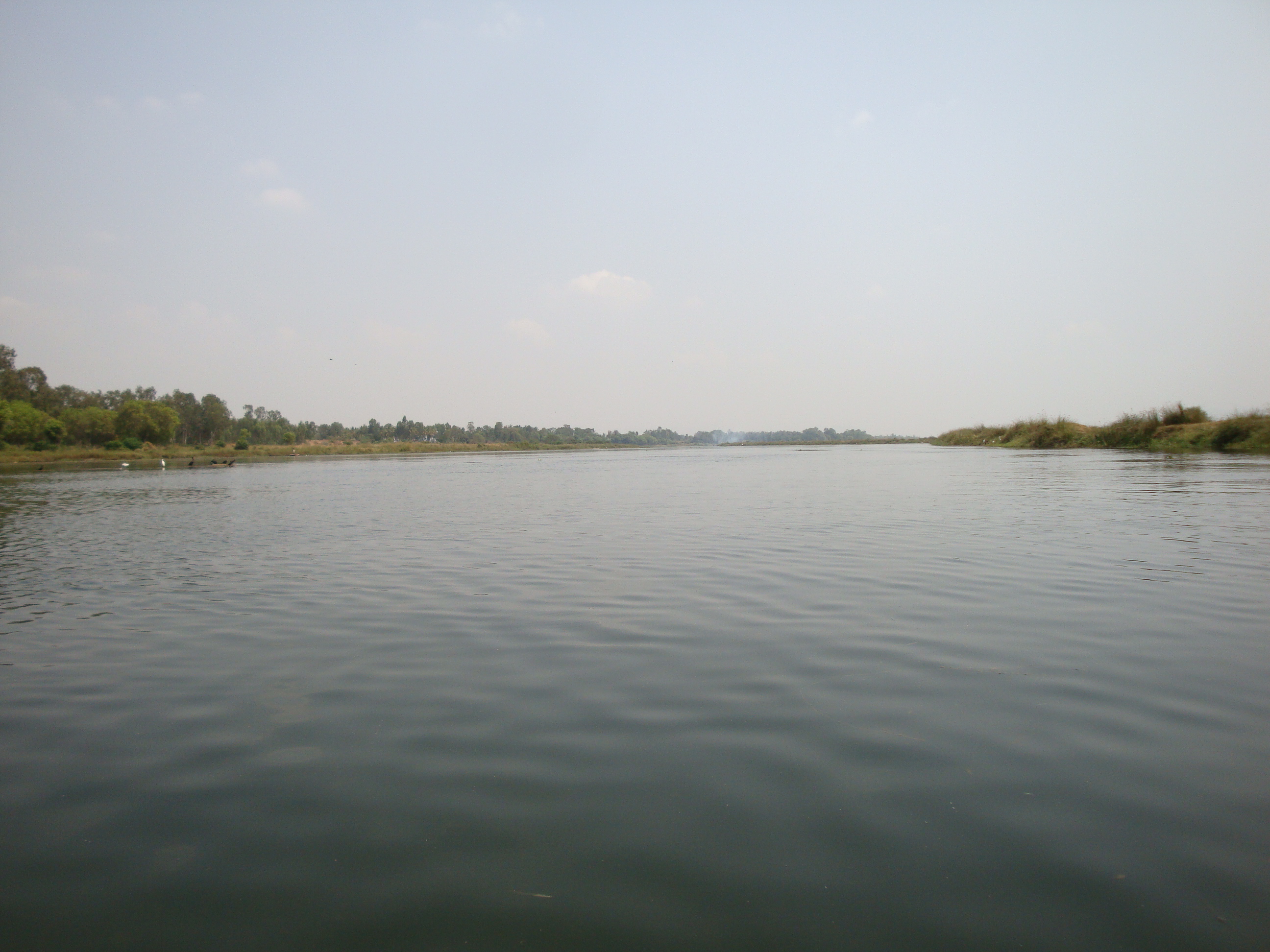 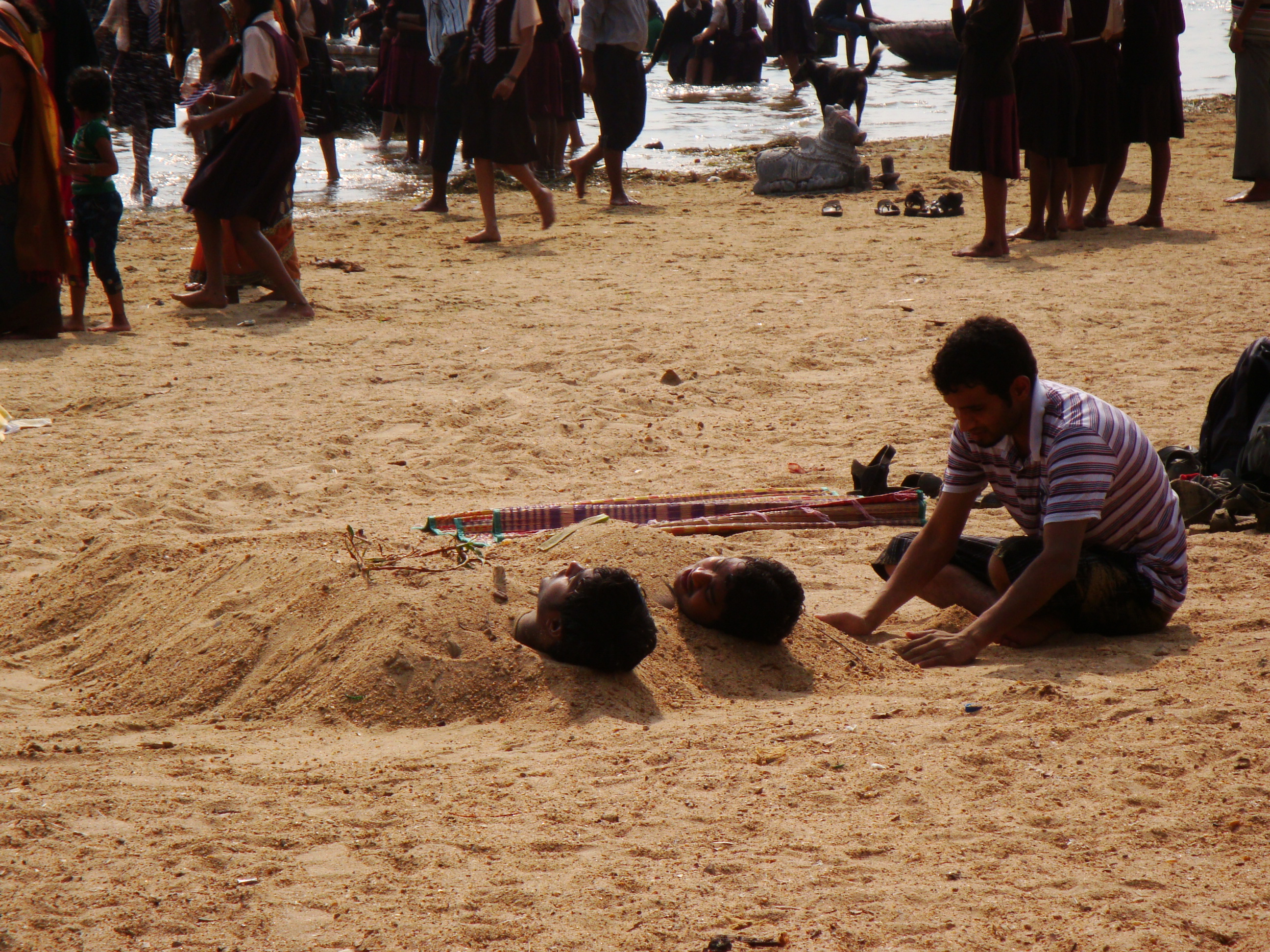 Buried in hot sand, drunk perhaps? (not my colleagues)

After everybody returned reluctantly from the water, we had lunch. After lunch all of us went for the tour of temples around the area on foot. And my appreciation for the “Ship of Desert” i.e. the camel increased manifolds. It is really so difficult to walk on sand. After visiting the first temple (where I bumped my head due to low height of the entrance) and walking some more distance to the next one, some of us gave up. We were sweating profusely and were so thirsty. Thankfully a watermelon seller rescued us. We reached the end point of the tour by a shortcut and relaxed in the bus while the more energetic and religious colleagues completed the tour in that hot weather.

There are about 30 temples at Talakadu, some of which have been excavated and some of which are still buried under sand. Among the temples, the Pataleshwara or Vasukishwara, Maruleshwara or Saikateshwara, Arkeshwara, Vaidyanatheshwara and Mallikarjuna temples form the famous “Panchalinga Darshana” which is held once every 12 years. The Panchalinga Darshana is held on a Monday falling on a new moon day in the month of Karthika (November/December) when the sun is in the Scorpius constellation. Apparently the last Panchalinga Darshana was held in the year 2006. The Pataleshwara Shivalingam is said to change colors during the day (red in the morning, black in afternoon and white in the evening). Apart from these, there is also the Keertinarayana temple dedicated to Lord Vishnu. It is built in Hoysala style of architecture. The sanctum has an eight foot tall idol of Keertinarayana, an incarnation of Lord Vishnu. 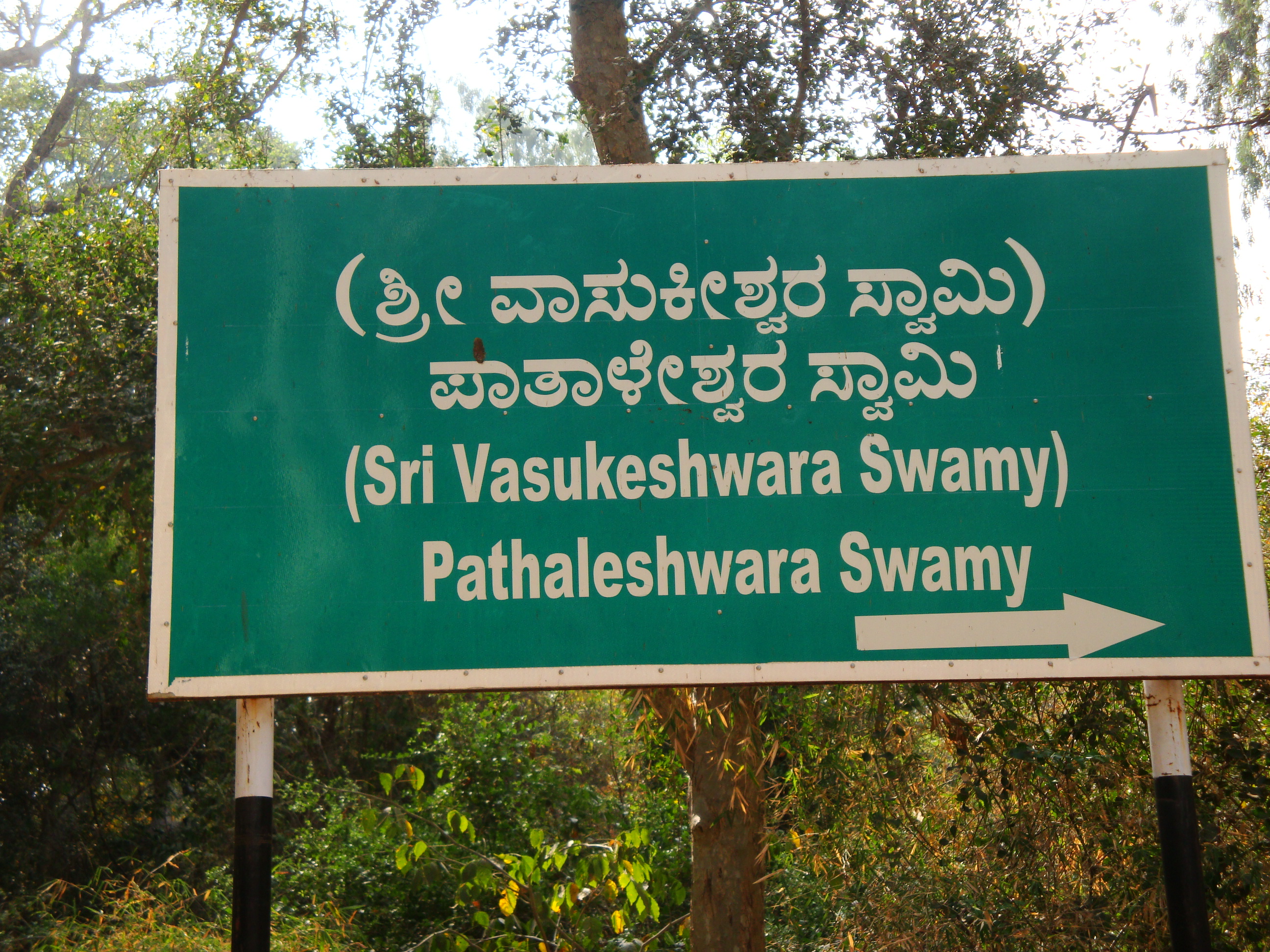 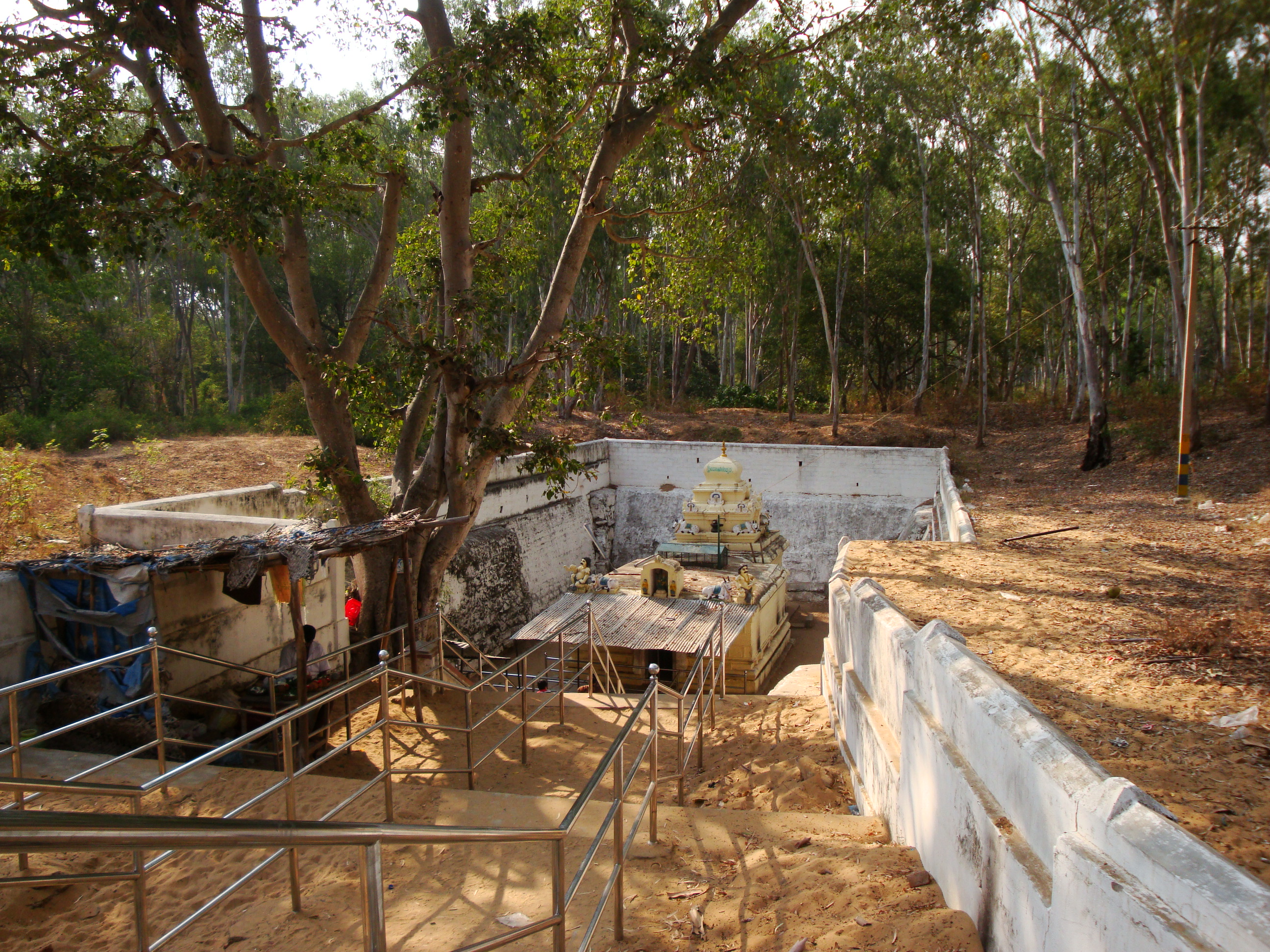 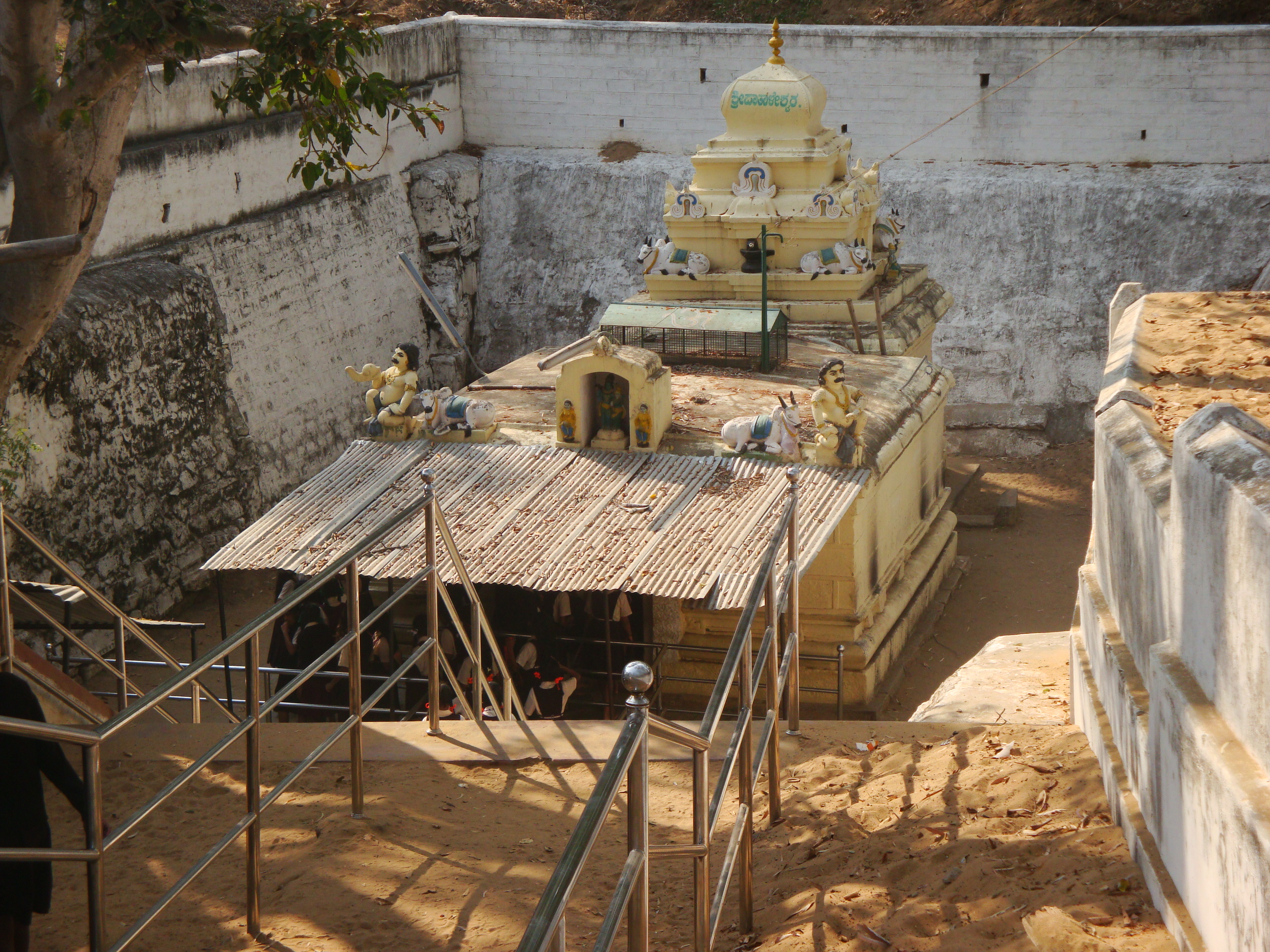 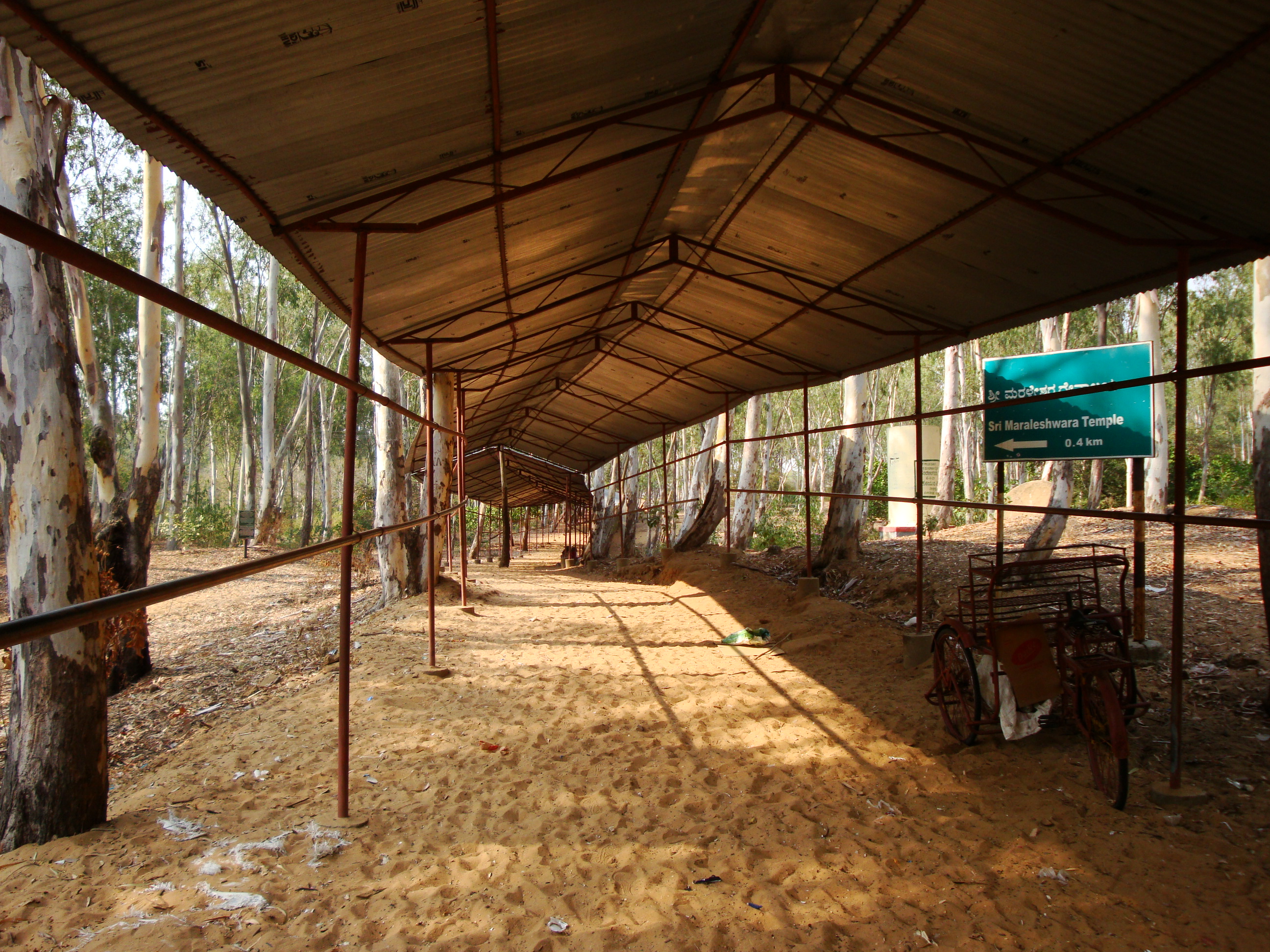 On way to second temple 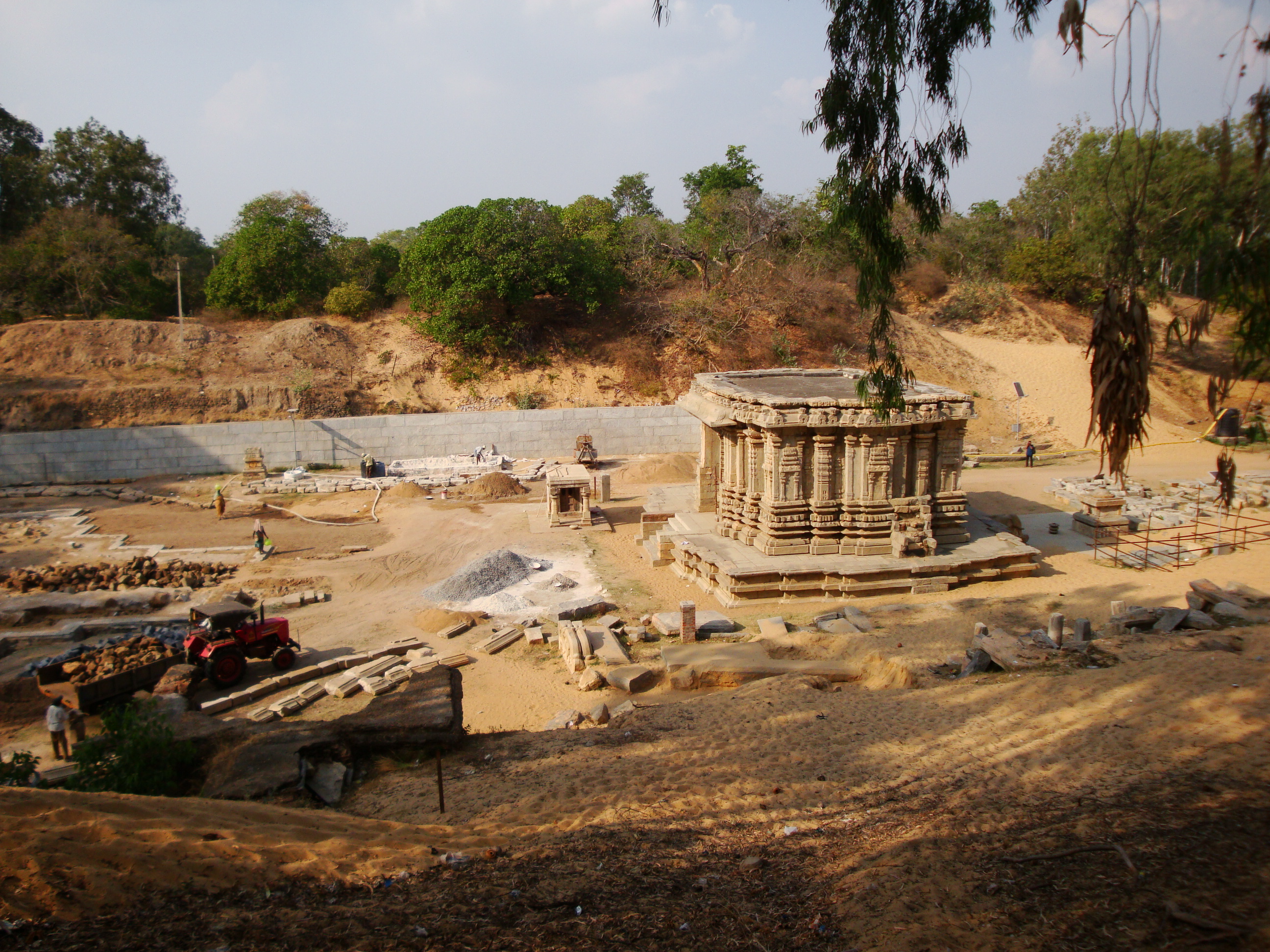 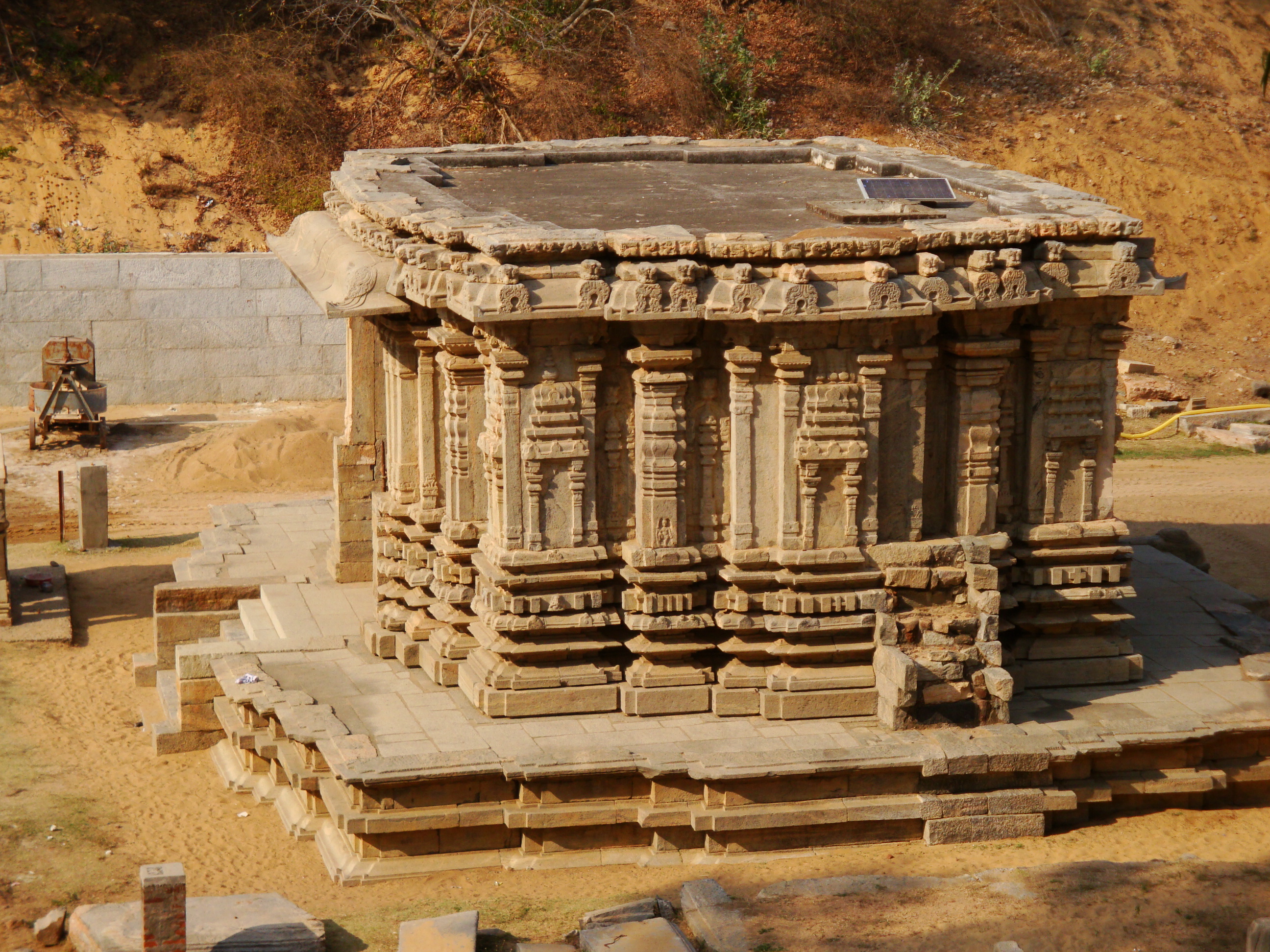 All the visible temples have exquisite carvings and sculptures. The ancient structures always manage to fill one’s mind with awe at the workmanship, isn’t it? The town has an atmosphere rich in history, mythology, religion, belief and faith with the river Cauvery quietly flowing agelessly, a witness to the rise and fall of several kingdoms, to the fervent prayers and resonant chants of devotees, to the happiness and sadness in their hearts and to the progress of human civilization over time. 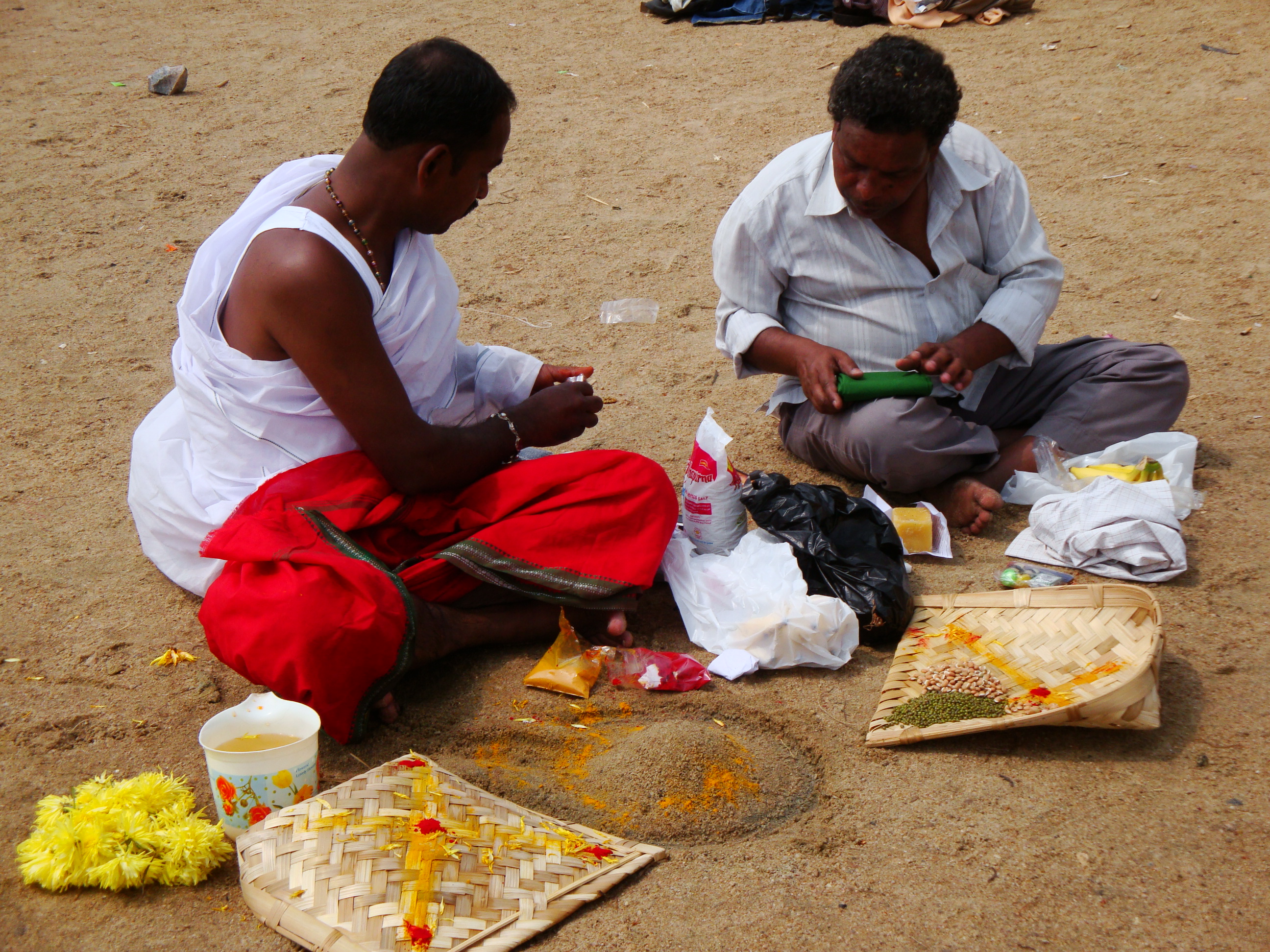 Religion in every heart 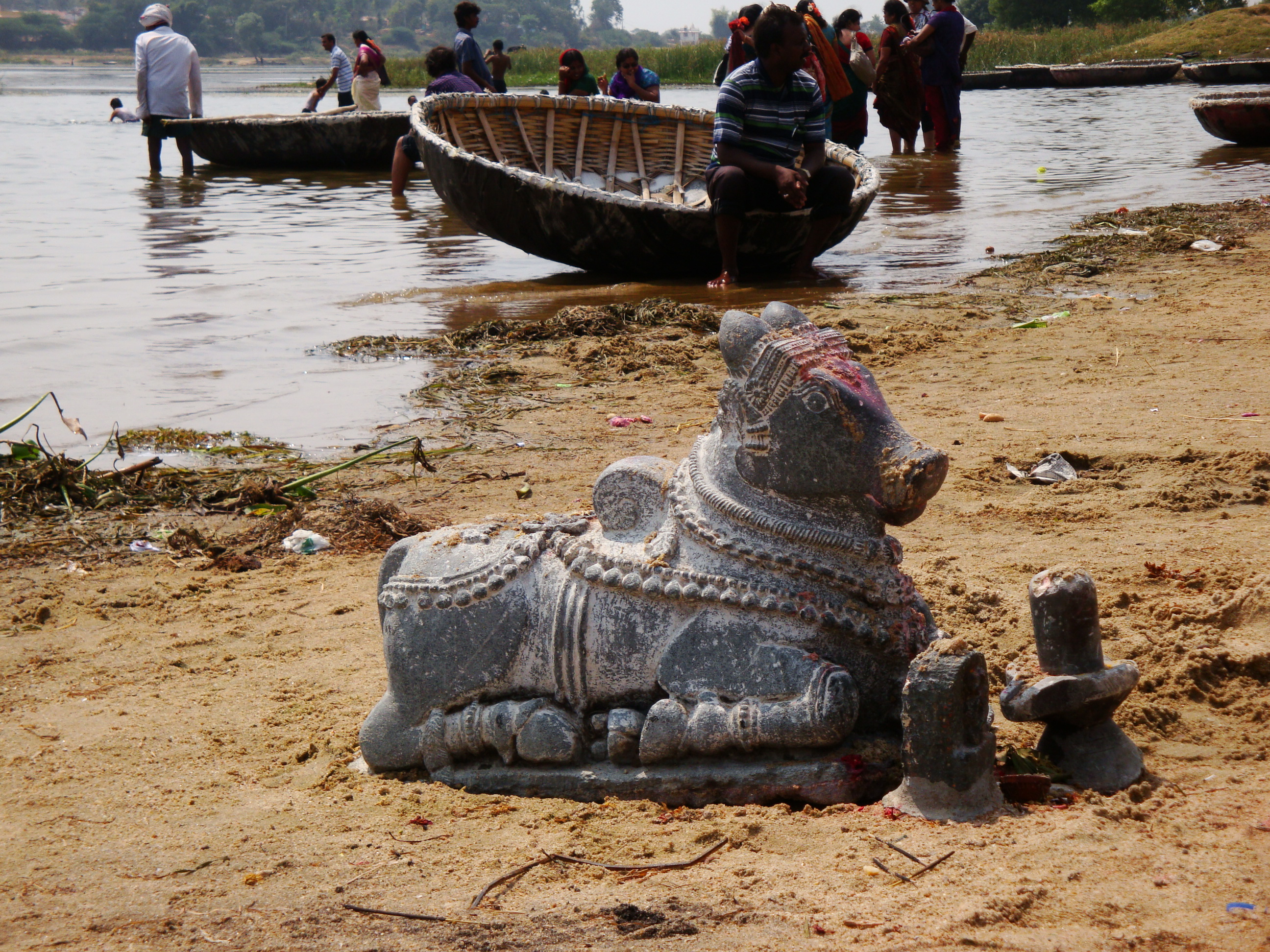 Faith in every grain of sand

We left Talakdu at around 4.30 pm for Somnathpur but by the time we reached there, the place had closed for the day. Maybe I will visit that place on my own someday. There was an excellent shop of antiques and artifacts at Somnathpur. After tea and refreshments, we started for Bangalore and returned by 10 pm.