The next day and the day after that, D and I decided to go sight seeing on our own using my SIL’s two wheeler. The weather was as hot as the inside of a furnace! Still we being the ghumakkars that we are, we decided to go exploring the city anyway. I had shortlisted the must see places of the Heritage city. But April 24 being a holiday on the occasion of Bhagvan Shree Parshuram Jayanti, all the government places such as museums, art galleries etc were closed and we missed out on visiting many places. Driving in Ahmedabad city was a spine chilling, adrenalin rushing, heart palpitating act because it seems to be the city where traffic rules go to die and traffic police are non existent. Yet it was interesting to see rural people in ethnic dresses, camel carts and even elephant on the roads! But the color of the city is only in the clothes…the white or grey buildings and the white cars give the city a dull appearance unlike other cities of India.

Elephant on the road

# Darwazas of Ahmedabad: Founded in 1411 AD and fortified in 1487, the old Amdavad had a wall 10 km in circumference encircling the city to protect it from invasion. This wall originally had 21 gates or darwazas. But after 500 years most of the walls are gone and today only the gates still stand, as well as a short section of wall also stands along the riverfront. The area within the boundary of the old wall is known today as the “old city”, and is easily identifiable by narrow streets, old houses and clustered buildings, crowded markets and traffic congestion. We spotted 2-3 gates while driving around the city. Each appears to be a remnant of a golden era gone by in the midst of the hustle and bustle of the modern age…a mismatch with the surroundings, but they do lend an antique historical feel to the city. We got scolded by passersby and other drivers while trying to take photographs :D 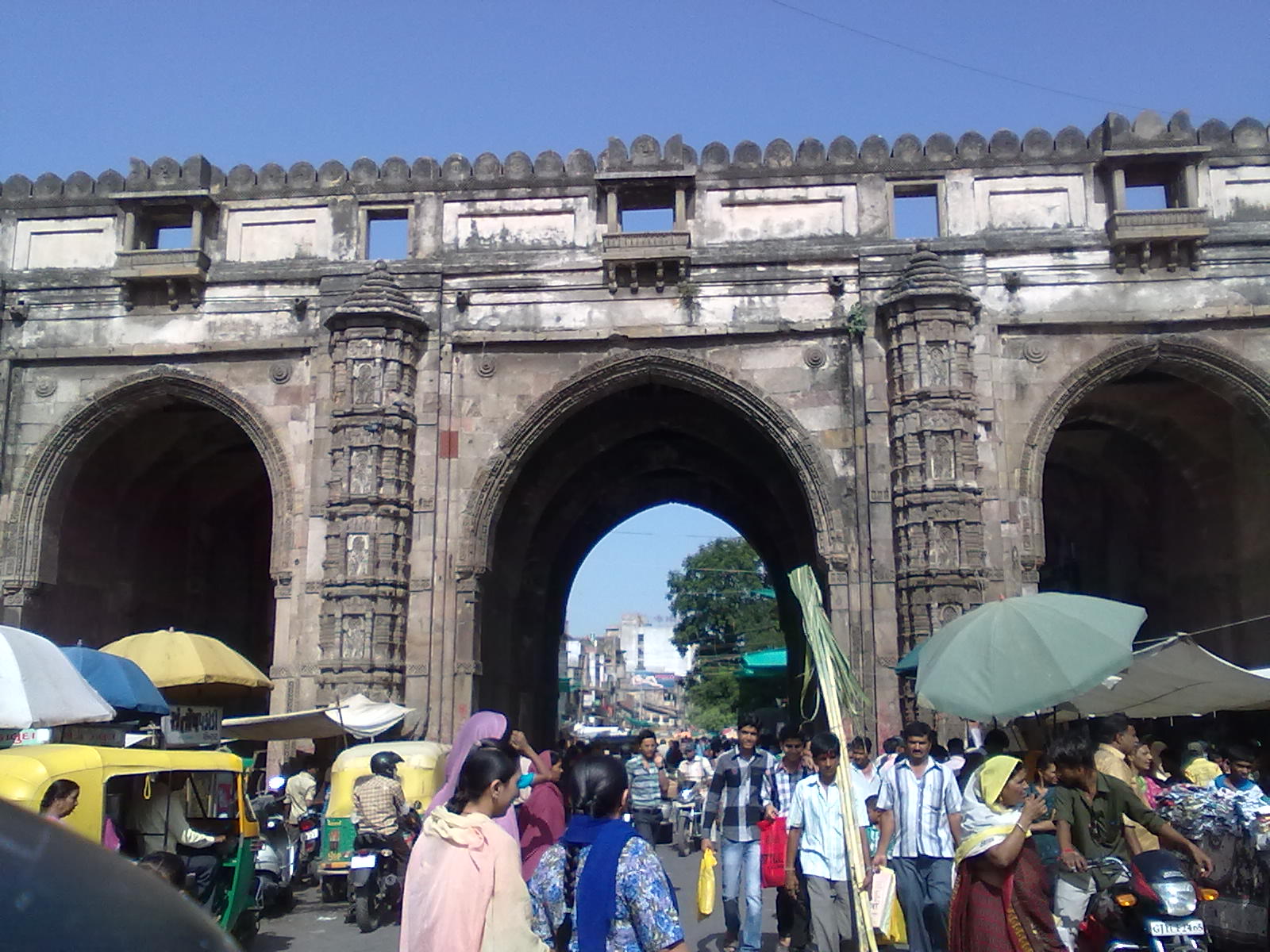 # Bridges of Ahmedabad : Ahmedabad is a city sprawling on the both sides of the Sabarmati River with 9 bridges built across it to connect the eastern (old city) and western (new city) regions. While roaming we crossed the Ellis Bridge, Sardar Bridge, Nehru Bridge etc. Ellis Bridge was built in 1870 and had a wooden structure, which was replaced by steel in 1882. Extensions have been constructed on either side of the original bridge to support heavy traffic, and the original bridge is preserved as a landmark.

# Sabarmati Ashram : I think every Indian knows the name of this place :) It is located on Ashram road near Vadaj on the bank of Sabarmati River. Sabarmati Ashram or Satyagraha Ashram had played an instrumental role in the non-violence movement and India’s struggle for independence. Mahatma Gandhi’s famous “Dandi March” started from here in 1930. At present the site functions as a museum and an institution whose aim is to preserve and propagate the legacy of the Mahatma. At the entrance, a map of the area acts a guide for tourists. The site covers a large area and the Ashram premises a museum (Gandhi Smarak Sangrahalaya) which has five units – office, library, two photo galleries and an auditorium. The museum has eight life-size colour oil paintings and an exhibition on Gandhi’s life “My life is my message” and “Gandhiji in Ahmedabad”. An archive is also set up, which stores  letters written by Gandhiji, manuscripts, photographs etc. The library has large number of books, coins, postal stamps and letters of felicitation received by Gandhiji. The grounds of the Ashram include the Hridaykunj, Gandhiji’s humble living quarters, Vinoba-Mira Kutir, Prarthana Bhoomi, statues of the three wise monkeys etc. The tranquility of the place is impressive and the memorabilia of Gandhiji and Independence Struggle reminds us of what we owe to our forefathers. Timing: 8.30 am to 6.00 pm throughout the year and admission is free. 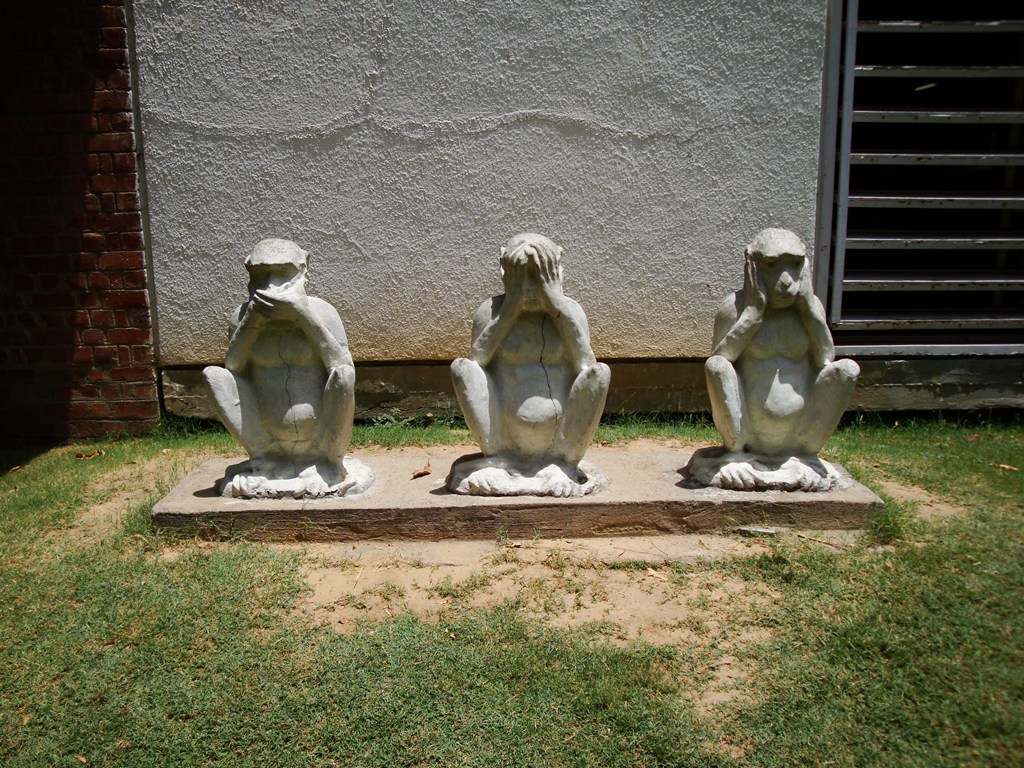 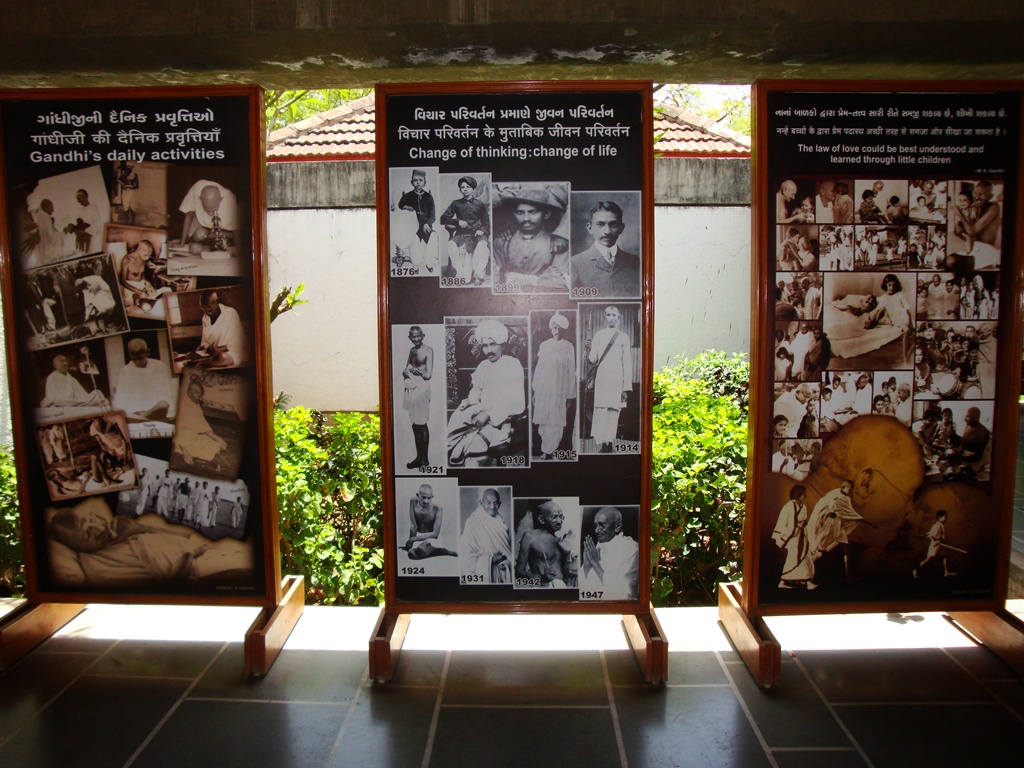 # Sanskar Kendra : It is located near Sardar bridge in the vicinity of  Tagore Hall, opposite to the National Institute of Design. The place is a  museum depicting history, art, culture and architecture of Ahmedabad, designed by the famous architect Le Corbusier in 1954. We were keen to see the famous Kite Museum at Sanskar Kendra which has a fascinating and striking collection of kites but due to holiday the place was closed. :( 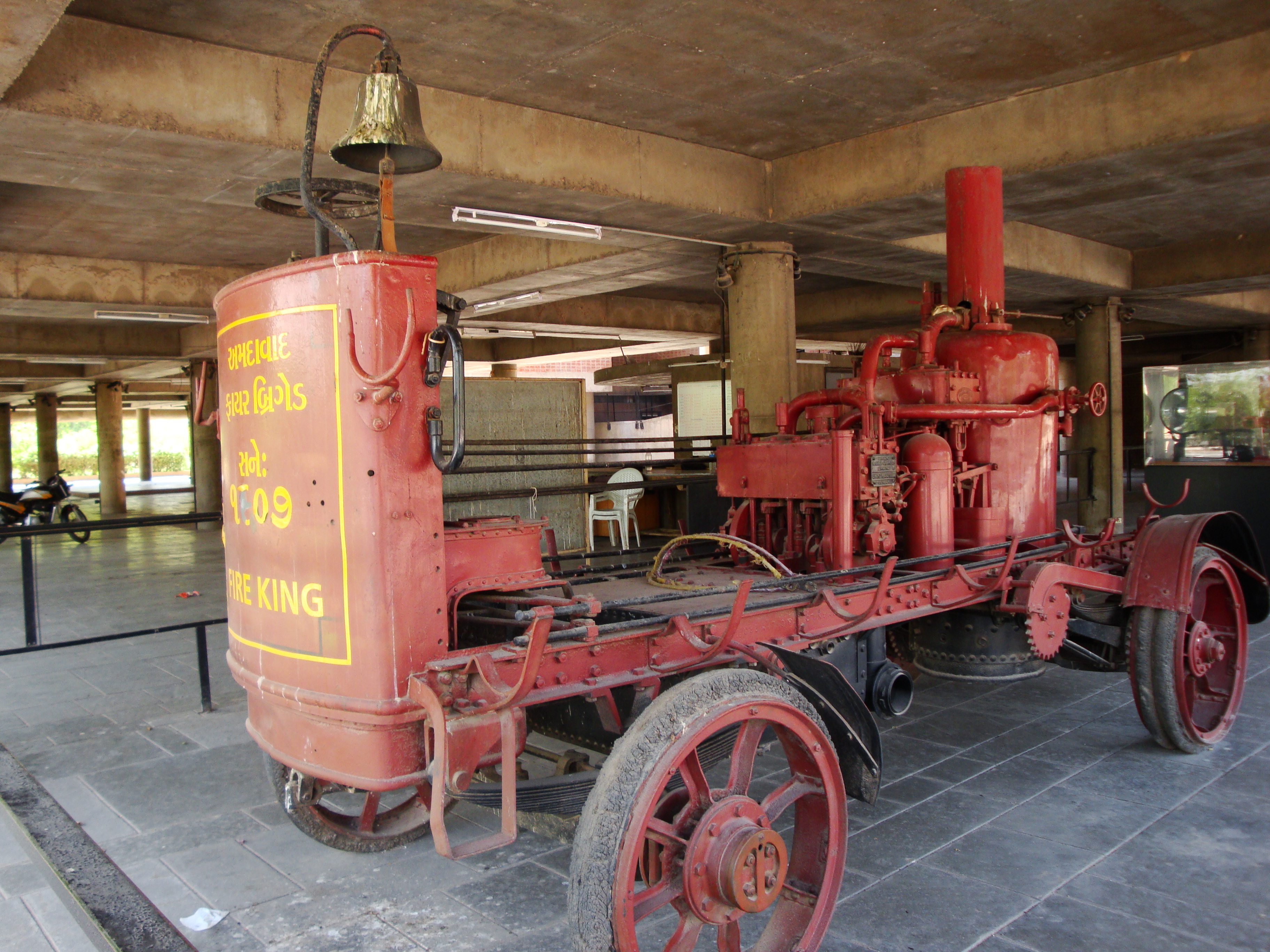 # Ahmed Shah Mosque : Located near Ellis Bridge, in the vicinity of Bhadra Fort,  this mosque dates back to 1414 A.D. and was constructed by Sultan Ahmed Shah, the founder of Ahmedabad city. It is one of the oldest mosques of Ahmedabad. It is famous for the intricate carvings, beautiful pillars and ornamental jalis (perforated stone or latticed screen). We wanted to visit the famous Bhadra fort located nearby but after roaming about we just could not find the entrance to the Fort!! :roll: 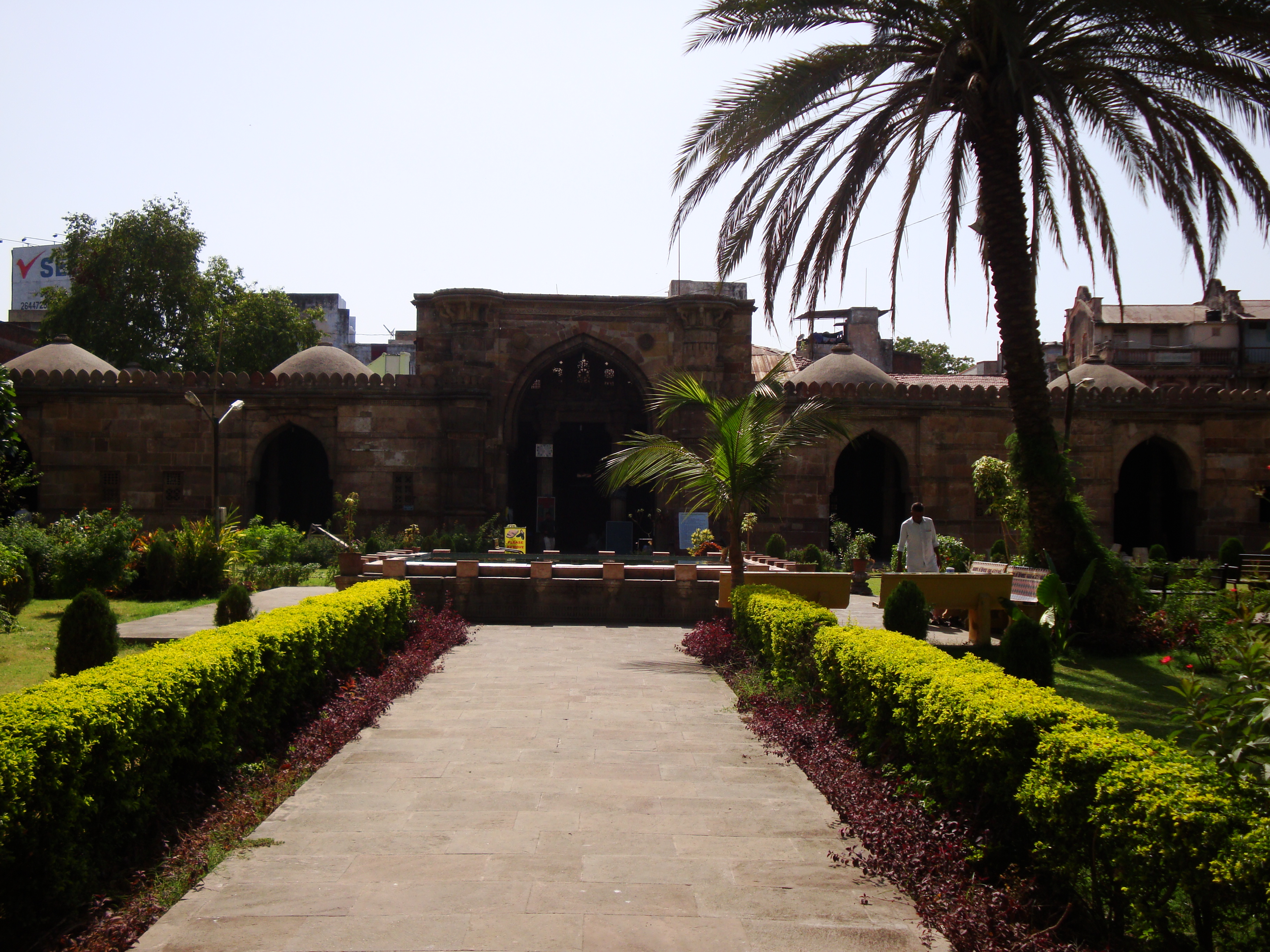 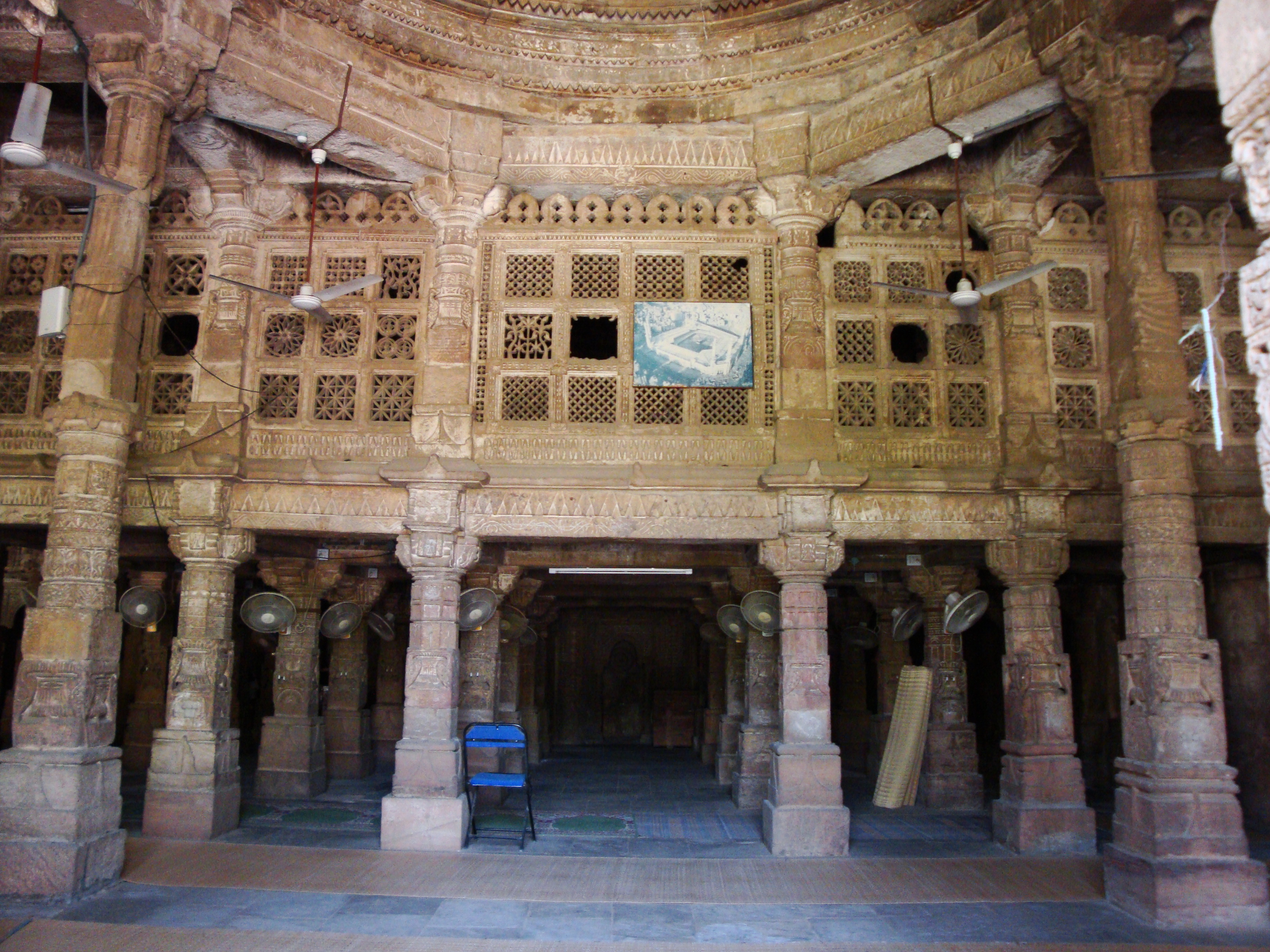 # Jhulta Minar : Ahmedabad’s architectural history is famous for the Shaking Minarets or Jhulta Minar. Quoting from the official tourism website of Gujrat

They have left the best of architects and pioneering design engineers intrigued and in unresolvable wonder. What they cannot unravel is when one minaret is shaken the other begins to vibrate, though the connecting passage between the two remains vibration-free; what causes this vibration is unknown. There are two well-known pairs of Shaking Minarets in Ahmedabad, one located opposite the Sarangpur Darwaja and the other near the Kalupur Railway Station Area. The one near Sarangpur Darwaja is within the vicinity of the Sidi Bashir Mosque built in 1452 AD by Sidi Bashir, a slave of Sultan Ahmed Shah. They are three storeys talls with carved balconies where visitors were once allowed to climb all the way up. The other set of minarets near the Railway Station is taller in height. However, these are not in a very good condition as it is believed that the British had dismantled them to understand the cause of vibrations. They could not resolve the engineering and it was not possible to put them back in their original condition. Demonstrations of the minarets shaking or vibrating are not carried out anymore.

We visited the one at Kalupur railway station. It was a pity that it was a closed monument and entry was restricted. 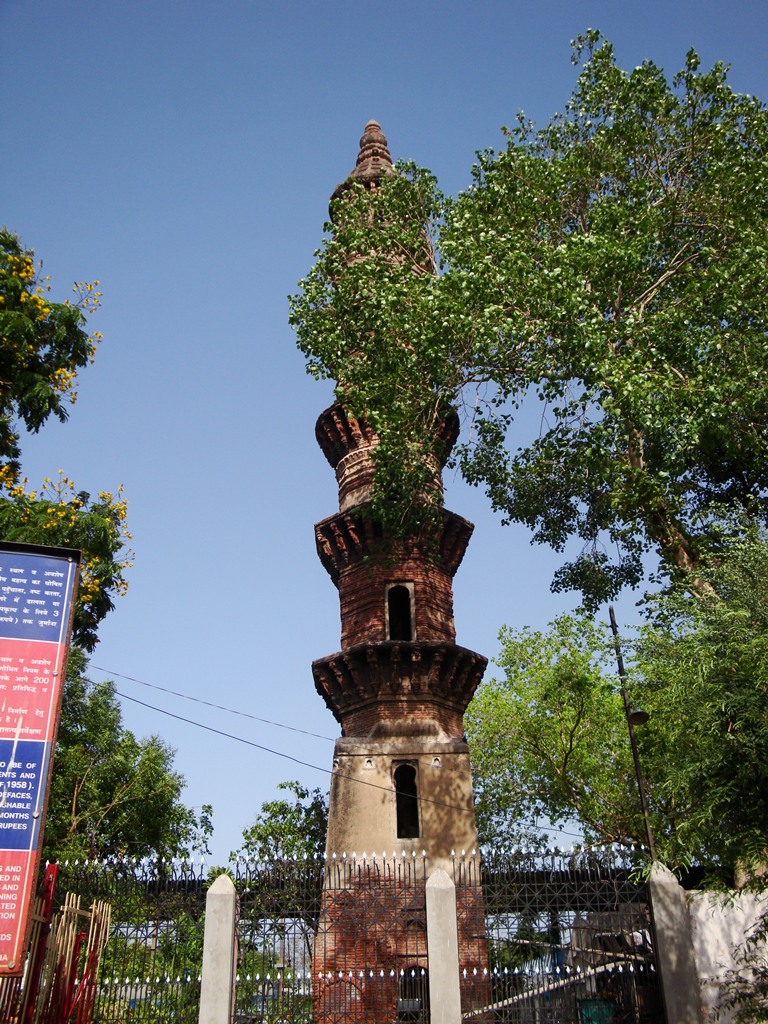 Three 50-ft diameter stone shikhars (domes) hand-carved with depictions of Krishna’s pastimes, rise more than 100 ft. above the 25,000-sq-ft temple. The building, blending Gujarat Sompura, and Rajasthani Khamira architectural styles, sits on four acres and features one of the largest temple rooms in India. The 12,000-sq-ft hall can accommodate 4,000 people and is home to the Deities of Radha-Govinda, Gaura-Nitai, Sita-Rama-Laksman-Hamuman, and Sri Nathji, as well as murti forms of Srila Prabhupada and Srila Bhaktisiddhanta Saraswati. Decorations include ornate stone-clad pillars, marble flooring engraved with colored granite designs, windows intricately carved in Rajastani Mewas style, and Khemira and Araish decorated ceilings. 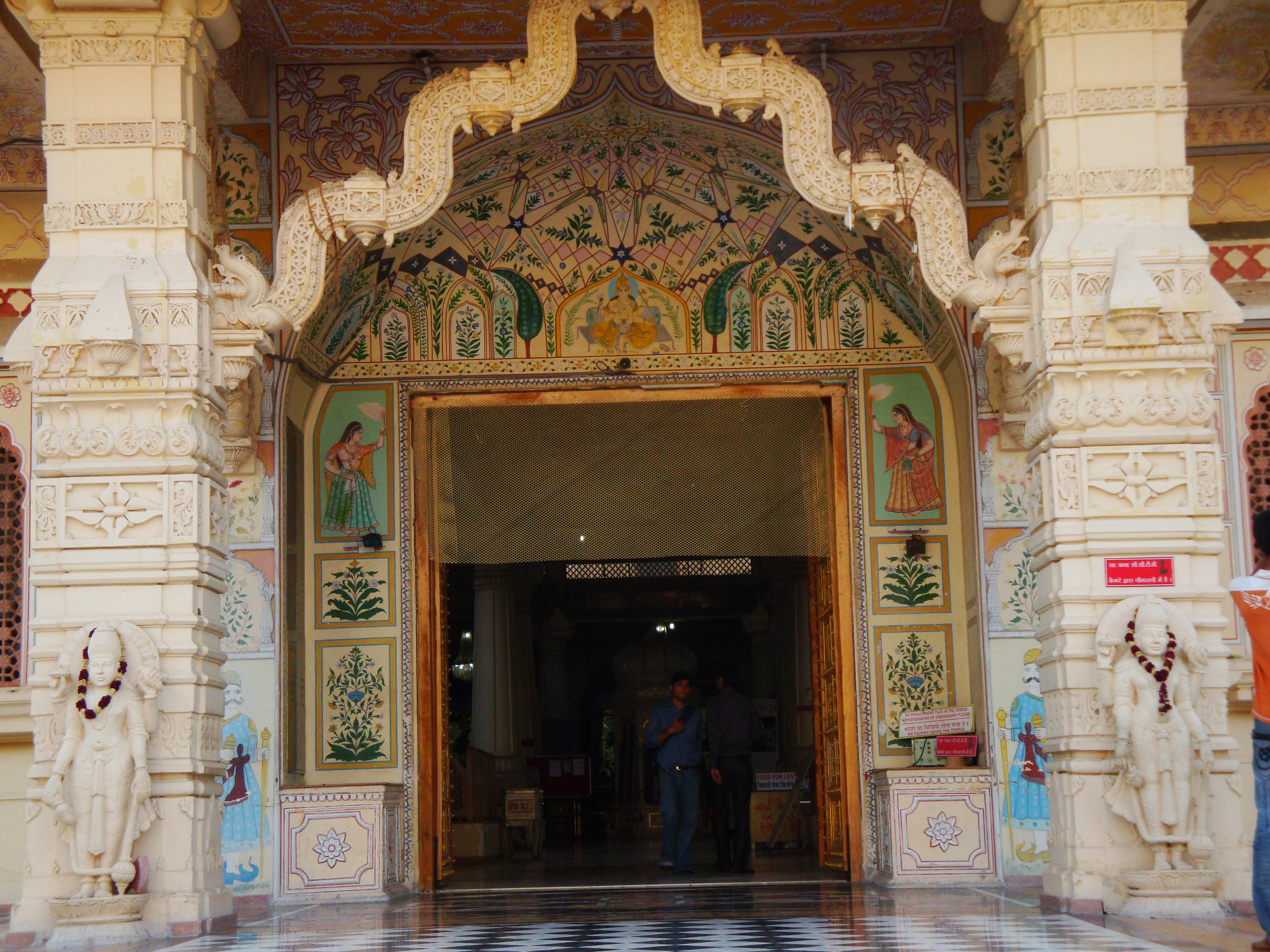 Apart from these places, we went to three places outside of Ahmedabad. So in my next post I’ll write about the excursions from Ahmedabad and shopping Ahmedabad!! :) To be continued…

We were enjoying our car ride on this wonderful route. Then after one hour or so our driver took a turn and we reached at one beautiful place. The place has beautiful landscape, water bodies, small reservoir and a small tea shop and Restroom. (What I remember the place name as Nature’s Resort (but unfortunately I am unable to find this place on internet). It’s a picturesque spot and one can actually enjoy by going into water as water level is very low here.