I didn’t knew it until I went to Orlando and asked for the “Disneyland” ticket, the person at the ticket counter explained me, “Sir, cannot get you the ticket for Disneyland in Orlando, I can get you Disneyworld tickets only”. Hmmm, since child hood I thought that wherever Mickey lives is Disneyland and rest of the places are of Tom & Jerry, smile :)

Well, I have been to Disneyland, yes in Los Angeles and Disneyworld in Orlando and have desire to visit the ones in Hog Kong, Paris and Tokyo. Disneyland I visited in 2003 with my wife, son and my friend Akhil and his family. I visited Los Angeles to attend a conference by Microsoft and then my family and Akhil’s family joined after the conference. Disneyland is about 40 miles from Los Angeles in Orange County.

There are 2 Disney parks in Orange County, one is called Disneyland and the other one is called California Adventure. Another theme park in Los Angeles is Universal Studio; other attractions are Beverley Hills from where you can see the “Hollywood hill” and the “Baywatch Santa Monica beach”. We had 3 days, planned to visit all these places plus San Diego. My experienced friend suggested me to drop the idea of San Diego and asked me to focus on Disneyland, Universal Studios and Beverley Hills or Baywatch beach, because every place needs a full day. 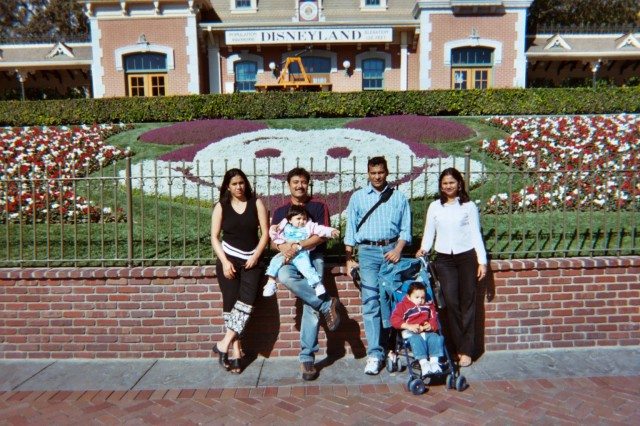 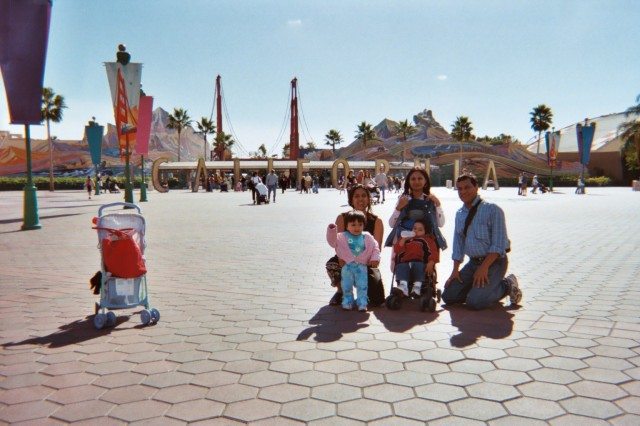 So, here comes my childhood dream comes true, we first went to Disneyland, what a beautiful world, all the Disney characters come alive. It was October 31st and this is observed as Halloween Day in Unites States. You find people in all kind of costumes like Dracula, Witches, cartoon characters, super heroes etc. 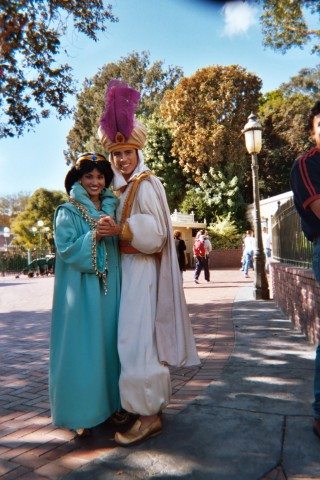 My friend visited Disneyland several times, so he planned our day to get the maximum fun in a single day. As soon as we entered the park, a beautiful couple approached my 2 year old son, he was little scared as they were dressed differently, Aladdin and Jasmine. There were happy to pose for a picture, and I ended up taking only their picture in excitement.

We entered the park via Main Street, where you find the statue of Mr. Disney with Mickey. There are several rides and shows in the park, the first one we decided to see “Honey I Blew up the Kids”, this was entertaining as you feel very short comparing to the characters in the movie show.

Next one was the Alice in Wonderland; it was a ride in a small car, good for a family. You take a tour inside the world with live characters, beautiful lighting and music. I saw adults were enjoying more than the kids, it was something like your own childhood dream comes true. Next one we visited the adventure land, where you can visit Tarzan’s tree house, but not allowed to swing between trees like Tarzan, smile.

Next place was the Mickey’s Toontown, where Mickey and Mini lives. Here you find the houses of all cartoon characters, Mickey, Minnie, Pluto, Goofy, Pooh, Chip N Dale (My favorite characters of Disney), Donald duck. I was sad not to find Uncle Scrooze there, my second favorite character. Then we went for a house tour of Mickey.

It took us about 40 minutes to wait to get a picture with Mr. Mickey. My son was scared to see the human size Mickey and started crying, Mickey tried to console him without any luck, though we managed to take a picture. Then we went to Minnie’s house, she was very humble and greeting everyone at her door.

Next place was “India Jones” ride, this ride was very exciting and adventurous, you pass through steep valleys, rail roads, and a big stone try to hit your Jeep etc. Next, we went to “Pirate of Caribbean’s” ride, I didn’t know about this movie until this ride, my wife liked it most. They make you sit in a boat, that boat give you a tour of pirate world and you also get to know something about movie. During the ride you always feel that at some point of time boat will take a sudden fall.

It was almost evening and kids were not in a great mood, so we took them for kiddie rides like Merry Go Round etc. And now, it was time for the Disney character parade where all the Disney characters go around the park followed by very beautiful fireworks which also calls off the day.

While returning back to hotel, we took a monorail tour of Disneyland and California Adventure theme park, my wife was excited to see the adventurous rides in the other park, but at the same time she was sad as we did not had time and plan to visit the park. And then again she got excited with the thought of visiting Universal Studios next day to experience good adventurous rides. 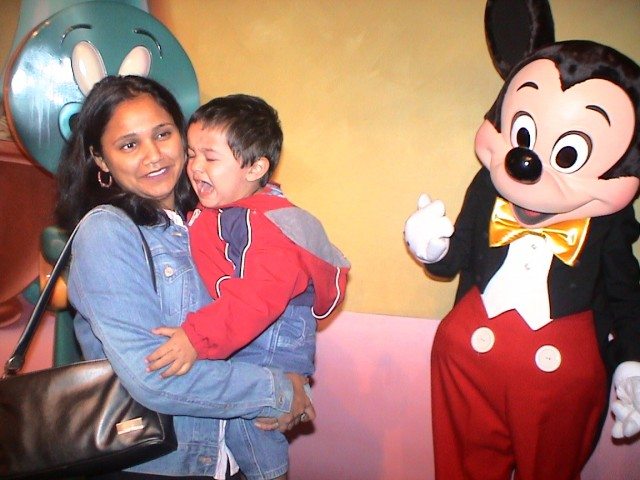 Disneyland experience is one of the experience you carry your entire life, my pictures are not great as I used disposable camera. We covered a lot in a single day, thanks a lot to Akhil for his guidance and many times they took care of our son during our visit to some of the rides where children are not allowed. 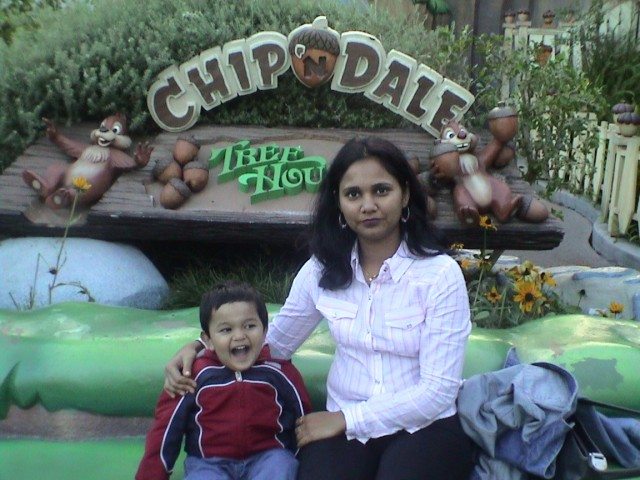 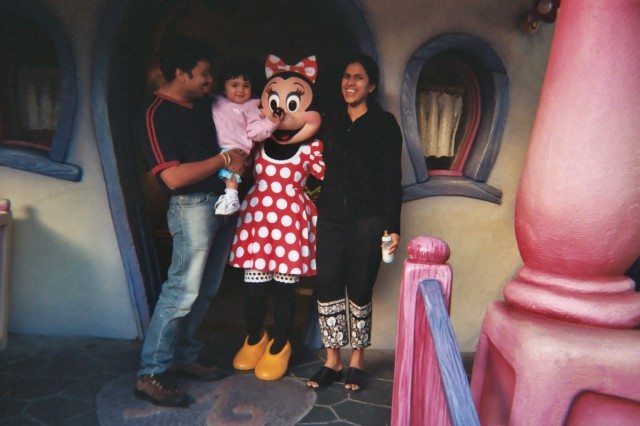 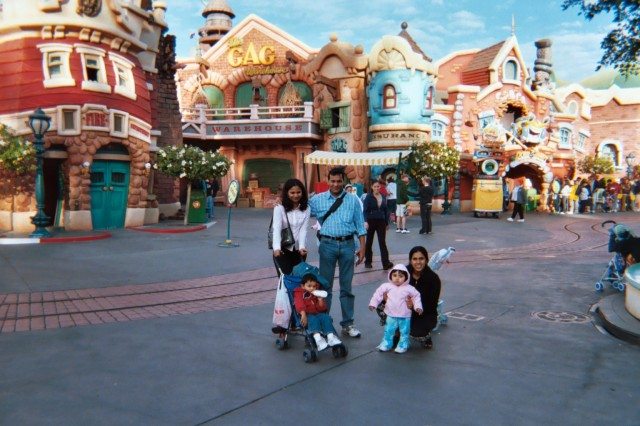 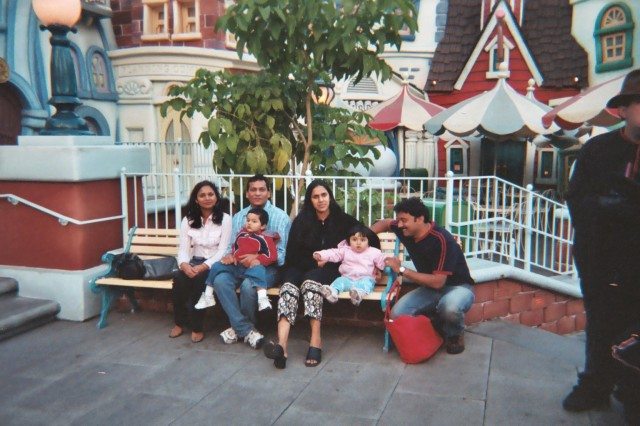 In May 2000, I along with my family was at Darbhanga which is a small town in northern Bihar. My grandpa and grandma lives…