Bidding adieu to Kanchula for the last time in this trip, we wind our way to Chopta. The beauty of this region is unmatched. The pretty meadows, the tall, tall moss-laden trees, the low hanging clouds almost drifting into the houses, abundant rainfall making it a cold and wet biotope which in turn supports an amazing diversity of birdlife and other flora and fauna and is still fairly remote.

A leisurely breakfast later, we embark on the next segment of our trip… beyond Chopta, through Baniyakund and onwards to Saarigaon. Baniyakund is upon us almost immediately after leaving Chopta. It couldn’t be more than 4-5 Kms. Another overflowing pipe at Baniyakund beckons us… carwash time ☺!

Taking in the sweeping vistas around, I notice what look like sheep or goat walking up the hillside. Their walk is a little funny and just as I am contemplating their identity… they ruffle their feathers and unfurl wings making me gawk! What I am looking at is a flock of anything between 15 and 20 Himalayan Griffons! Running down to investigate, we notice them flocking at a carcass set out just beyond the little summer hamlet of cattle and goat herders. Also along the way are many woodpeckers and wagtails, flycatchers and warblers. 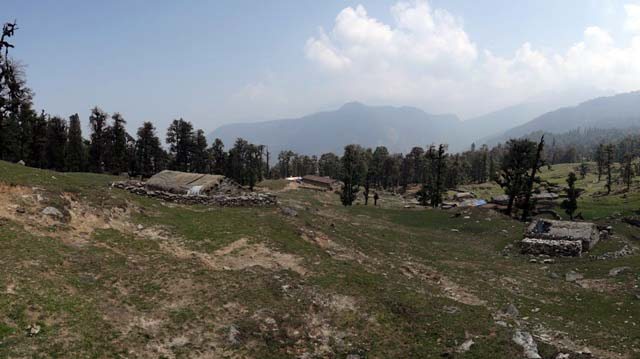 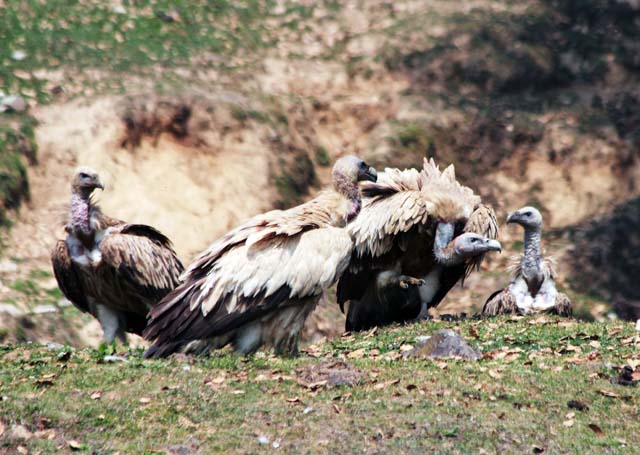 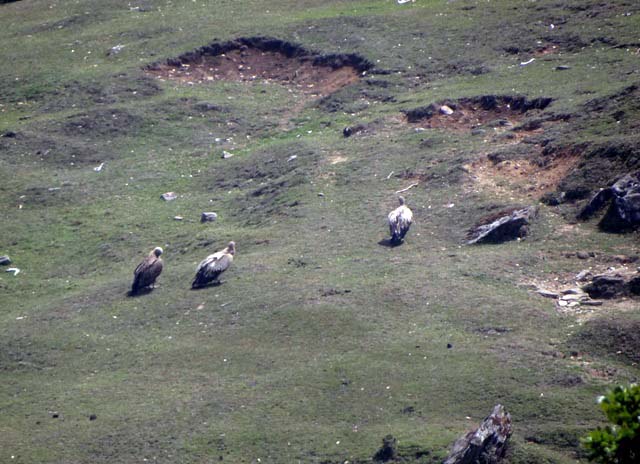 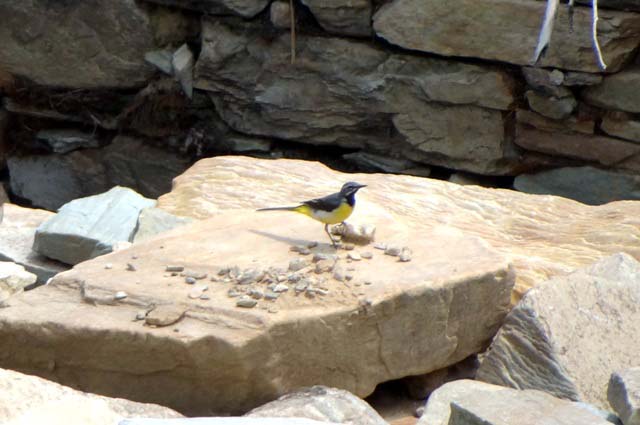 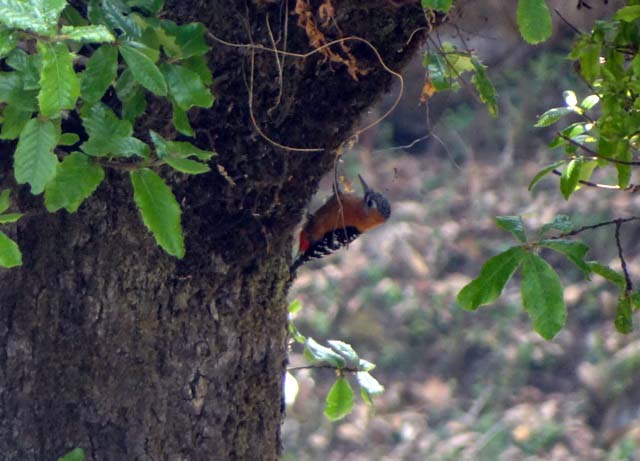 A lazily winding route takes us to Saari through dense forests and the now familiar bright green terraced fields. Saari is at a much lower altitude than Chopta hence the route is descending throughout. 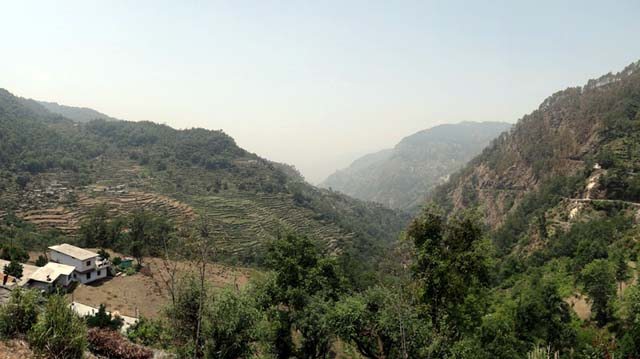 A charming little village nestled half-way up the mountainside after which the mountain becomes pretty much vertical further up. We reach the designated BSNL tower at the entrance to the village and duly call our guide with whom we have booked our tented stay at the Tal. I am impressed that without any reminder or any advance, this gentleman has everything ready for us whereas the others I had contacted had not only quoted much higher for our stay but asked for advance also. A simple but tasty lunch and short rest later, we are set to start the walk up.

The trail to Devariyatal goes straight up from Saari with a lot of short and sharp switch backs, climbing far more sharply than the Tunganath route. Also, the Tunganath trail is well paved but this one has large and very loose stones making footholds precarious. Within minutes of starting the climb, I realise how very out of shape I am!! Huffing and puffing almost from the word go; it is slow progress up this demanding hillside. The slimmest excuse is grabbed to take a break…
The path has beautiful flowering bushes and Buran trees all along. We see birds flocking to some bushes just ahead. Our guide offers us berries (called ‘Hissar’ locally) from these bushes which are very like raspberries but yellow in colour. Sweet with a hint of sour, these are delectable morsels. He is a charming storyteller. In the welcome break that is spent catching our breath and munching on these juicy bits, he tells us a little mythological tale associated with these berries. 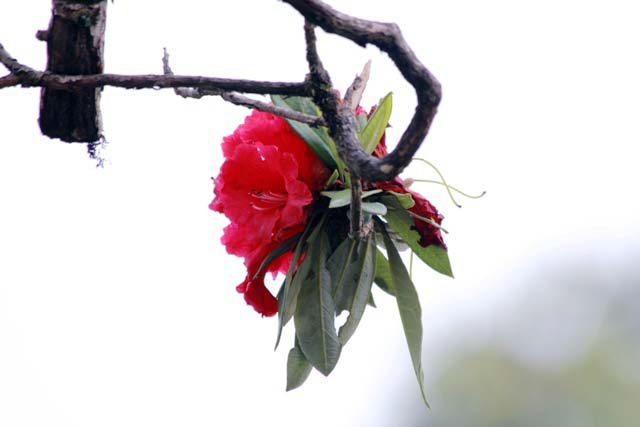 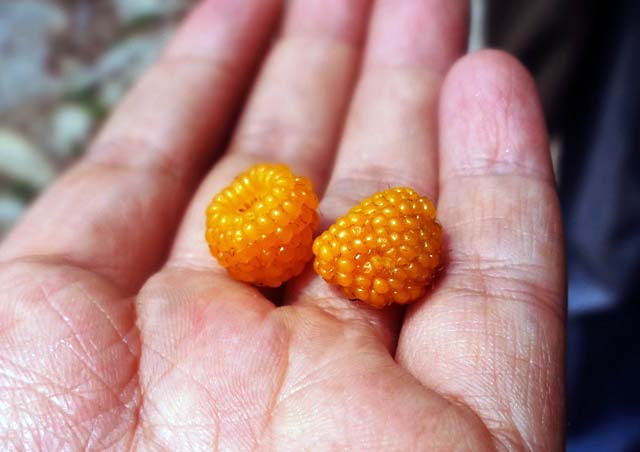 It is said that a very long time ago, there was one pujari for Kedarnath and Badrinath. He would do the puja at Kedarnath and then walk across to Badrinath and do the puja there. Only after the pujas would he eat anything. One day, God decided to test him and these berry-laden bushes grew on the route he regularly took. Seeing these berries, the pujari was tempted to eat some. The moment he did so, his fast broke and God became angry that the pandit broke his fast before the puja at Badrinath. As a result, Neelkanth (the snow-capped peak visible just behind the Narayan mountain and the Badrinath shrine) emerged blocking the path from Kedarnath to Badrinath. Nice tale and I can quite sympathize with the Pandit… these certainly are luscious berries! 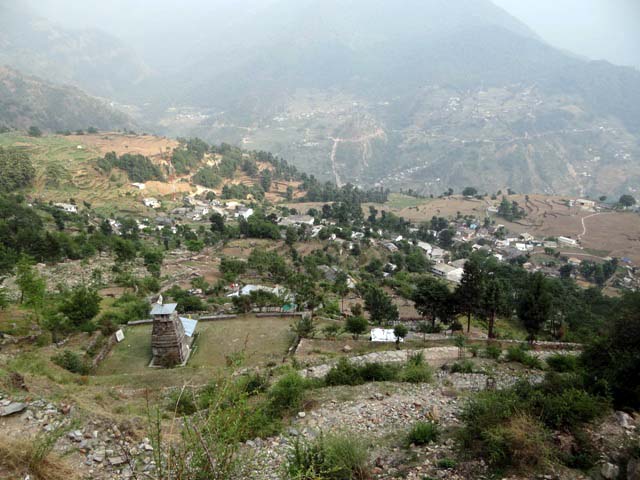 Looking down on Saari from half-way up 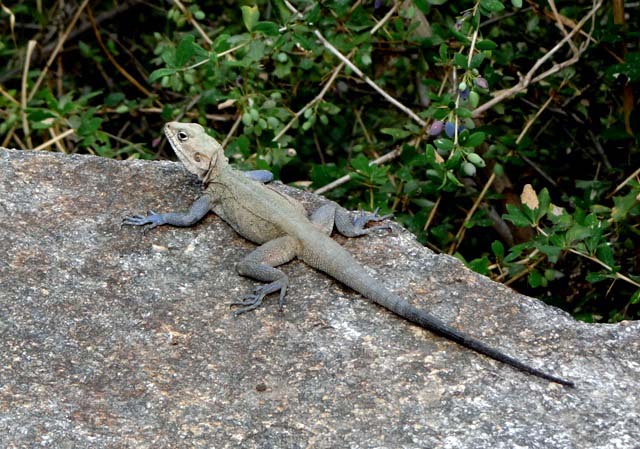 A little way up is the temple. It looks very old so I ask Negi when it was built. Apparently, the pujari is an ex-armyman (also a pandit then) who has built the temple some 20 years back but the aging of the structure is completely natural in this harsh climate giving it much older looks. 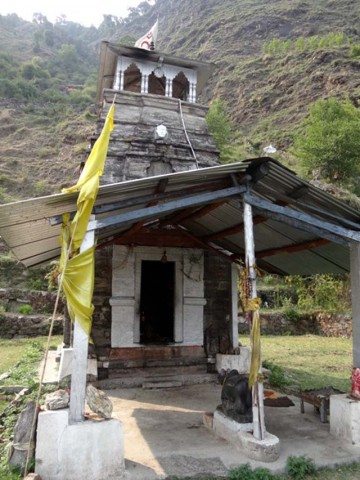 With the darshan over, we start the march up again. Two treks in a row have us all (at least the adults) quite tired. Many frequent breaks later, we finally reach the top only to realise that there is still a little more to be covered. Finally we reach the shop cum restaurant at the top from where the Tal is 100 metres away. It certainly takes our breath away… the lake is small and there is no view around whatsoever at this time of the year, however even now the place looks out of a fairytale. The undulating banks of the lake are like the carefully manicured greens at a fancy golf course. The edges are pine woods neatly placed as if demarcating the lake area from the dense jungle of the slopes. 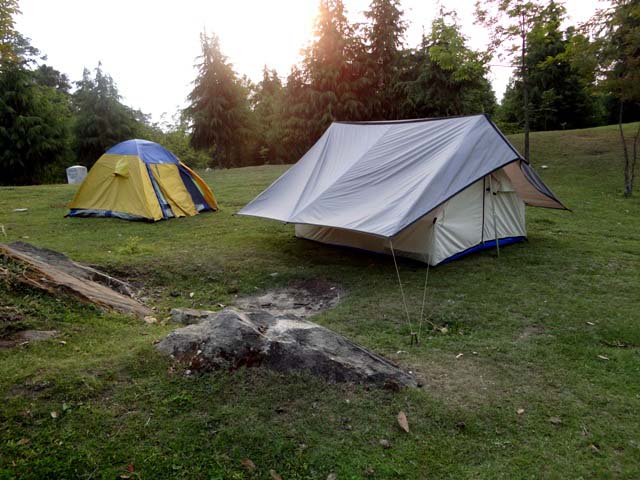 Our tents at the lake side 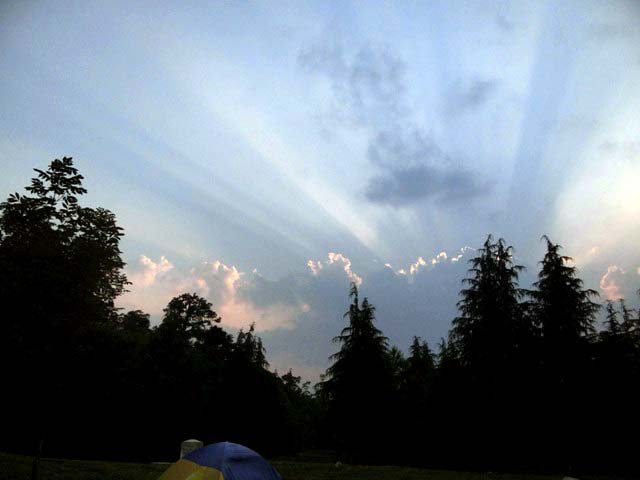 Yet another mythological tale this time about Devariyatal…. Legend has it that Deoria Tal was created by Nag Devta when Lord Shiva wanted to have a bath; the Nagaraj Ratneswar Mahadev temple on the banks of the lake bears testimony to the belief. Another one states that this is the lake where the Yaksha asked the Pandavs to answer his questions before drinking the water of the lake.

Sprawled on the banks of the Tal, we scrutinize the few tourists already there. A Bengali group of roughly 7-8 people, a couple of bachelors also looking Bengali though not from the same group and an older couple sitting quietly and enjoying the place without the raucous exuberance of the younger crowd. It is cold up here compared to Saari village and the almost uncomfortably hot climb up. Jackets are out in a jiffy; feels good to be snugly clad.
Just then, a couple of foreign nationals (girls) walk in with an Indian guide. The atmosphere changes and there is palpable excitement especially with the bachelors. Promptly, they are seen chatting the girls up. Even the other group sees it fit to go and get themselves photographed with the girls. Such impositions are embarrassing to watch. 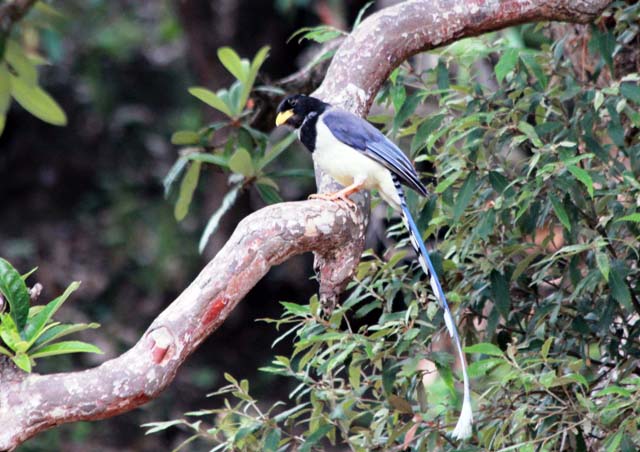 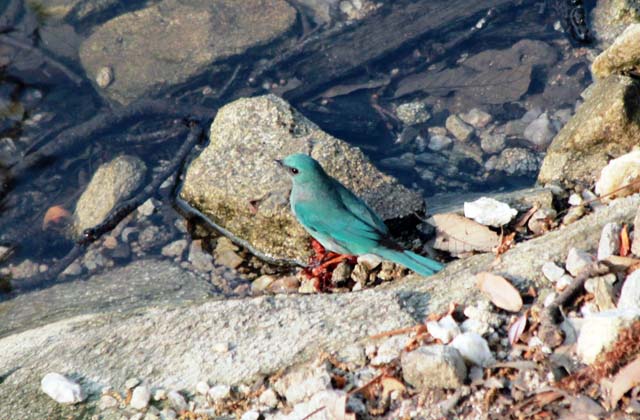 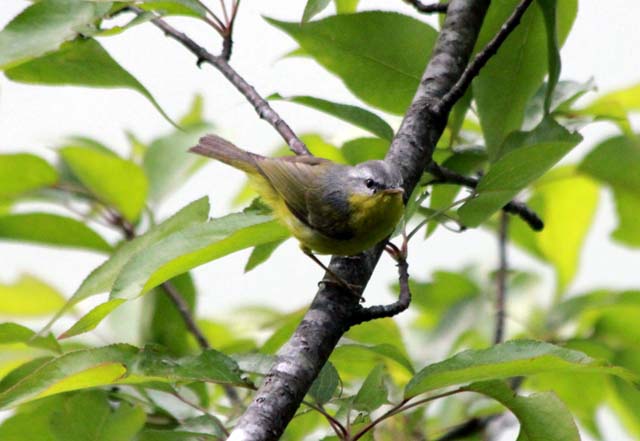 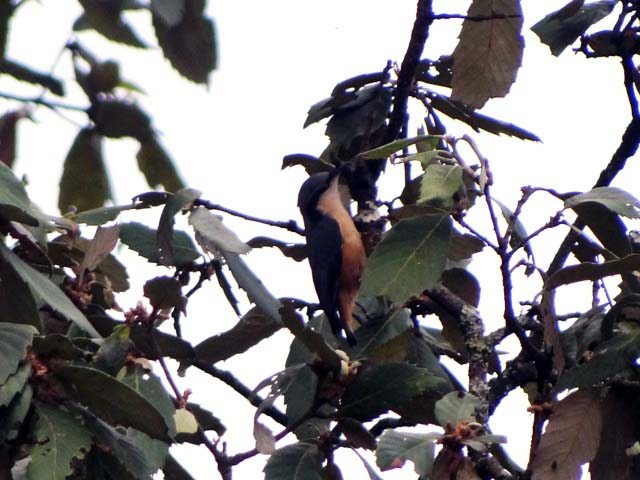 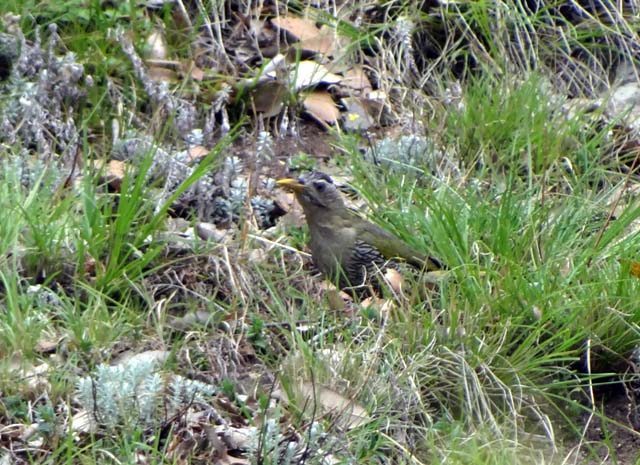 The tree with low hanging branches 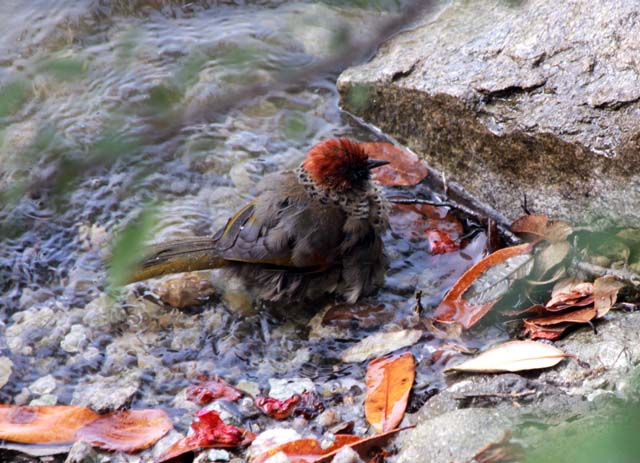 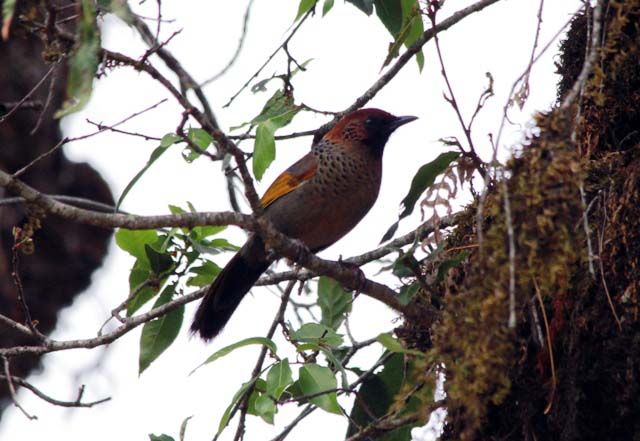 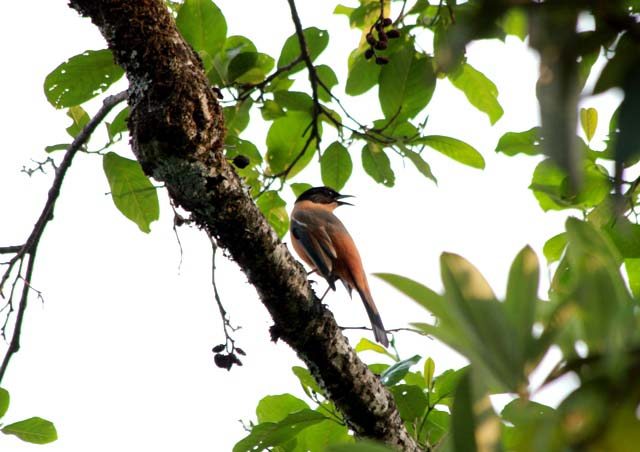 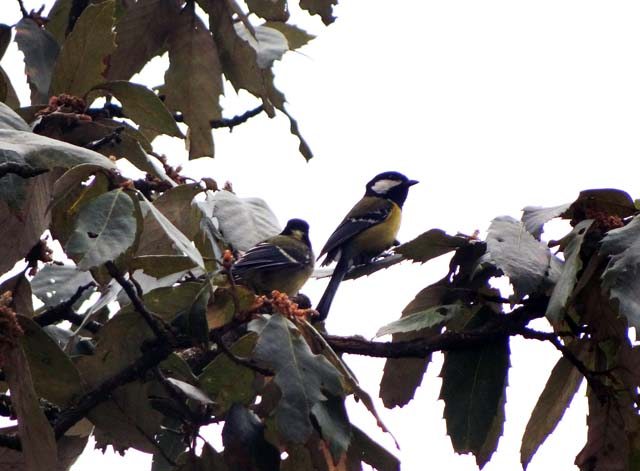 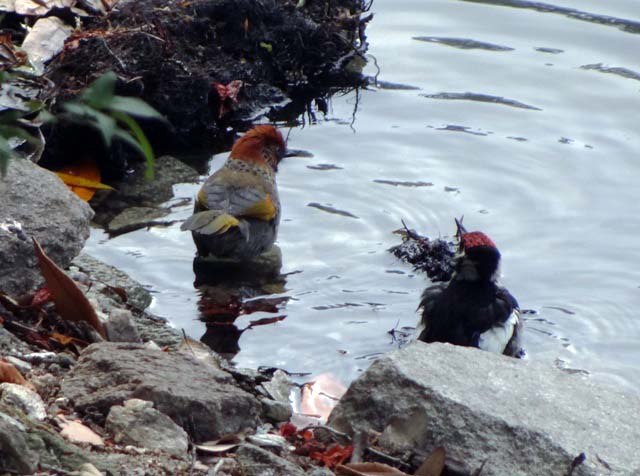 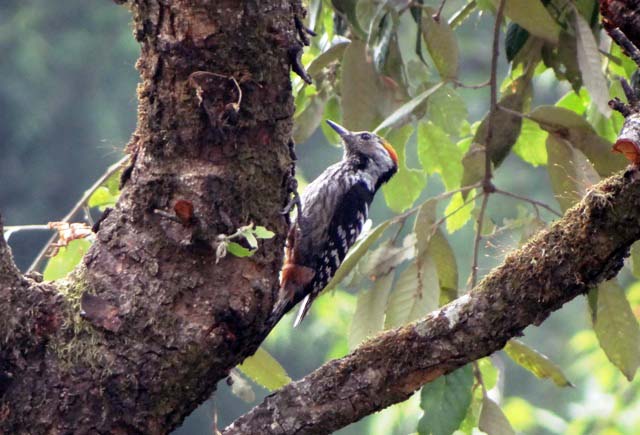 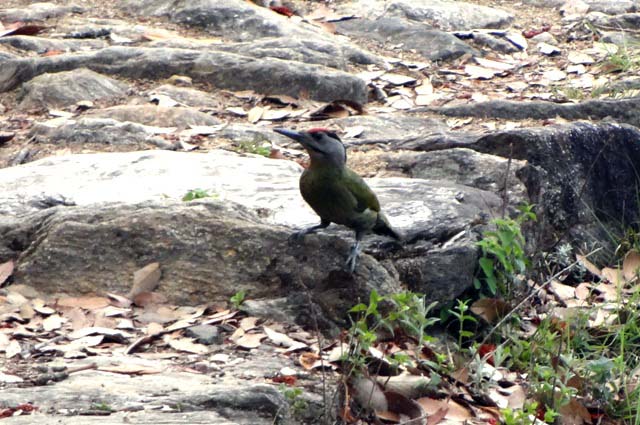 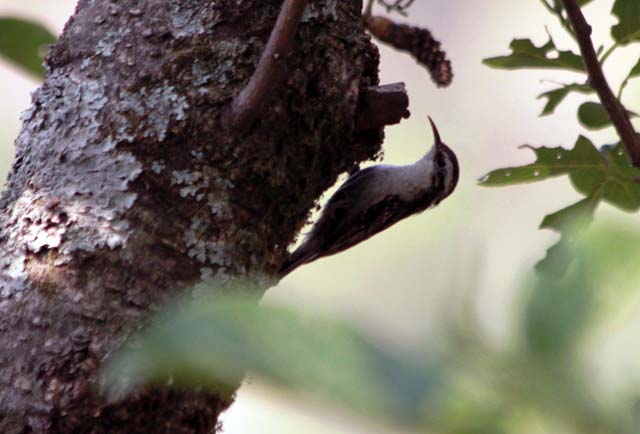 Reluctantly, we bid farewell to this most enchanting of lakes. We bird all the way down. This area is a paradise for birds… The Yellow billed Blue Magpie is the most common bird here. It is seen chasing just about every other bird there. It plays catch with some of its mates too. Woodpeckers are everywhere. At least 5-6 species are spotted simultaneously. We dawdle on the way down knowing well that we are nearing the end of our Himalayan sojourn. Reaching the first few dwellings with their typical slated roofs I see the marijuana plant for the first time. Pretty leaves… 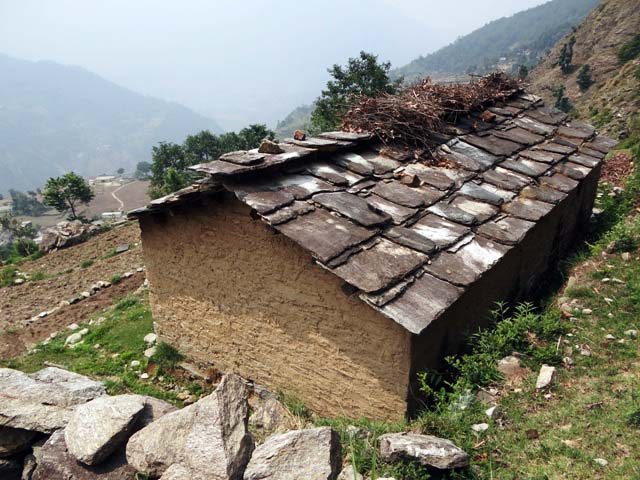 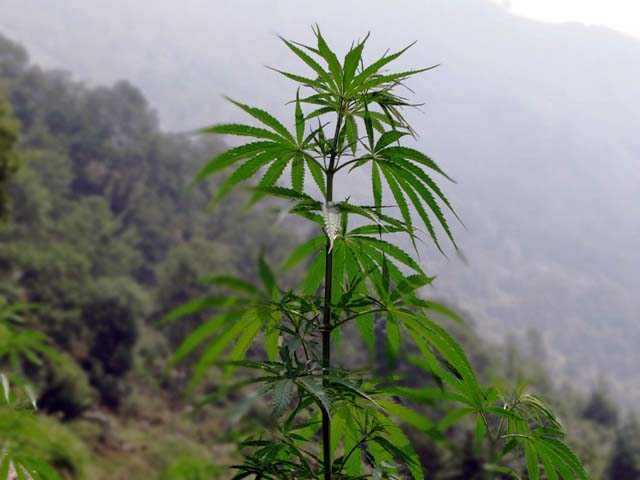 Arriving near the parked car, we bid farewell to our guide who has been an amazing host. Onwards to Kakdagaad for the last halt of our trip…

When Nandan informed me that this month’s Featured Author is none other than Dr Taher Kagalwala, I was delighted, because not only is Dr Taher a gifted writer, but is also an extremely inspiring human being, both as a person as well as a professional. I have had the privilege of knowing him for several years now. I “met” him on a writing website, where he was leading “Team India” in a competition. The team did pretty well in the competition, and he came across as an able, thoughtful, and fair leader, settling arguments and misunderstandings, and at times taking hard calls wherever required. I took a break from the writing website, but we stayed in touch through emails and messages.