Also read: Of Dawns and Dusks

I have a particular travel fetish. Whenever possible, I love taking pictures of sunrises and sunsets. What is so unique about them to be obsessed, one would argue. Sure it is the same sun coming up and going down, like it has been doing everyday for ages now. Well, that is not how I see it. I see it from a more philosophical point of view. Have you traveled somewhere and bought souvenirs? Maybe travel magnets? Yeah, I do that too. However, making plans to accommodate sunrises and sunsets in my trips gives me a sense of satisfaction, something akin to carrying back a picturesque souvenir from the trip.

You see, sunsets are still doable, but watching sunrises are more difficult. For one, you need to wake up on time. No matter how late you partied the previous night, no matter how tired you are from the previous day’s hike, you cannot screw up. The alarm has to go off on time, and you cannot shut the alarm and go off to sleep. You need to be up and ready, and be at the spot way before the sun actually rises. For the main pleasure of photography lies in capturing the way the sky changes color way before the sun can be seen on the horizon.

Then, you need to pray to the weather Gods that it doesn’t rain, and the weather isn’t inclement. For usually when you are by the beach, mornings are cold, even during summers. A cool breeze always makes you shiver. Groggy eyed and camera and other paraphernalia ready, you have to select a good spot and be there on time. The west coast of the U.S. is notorious for being cold by the Pacific, even during summers. Obviously, winters are harsh in the U.S., even if it is the sunny state of Florida or California. Trust me, you would sit there shivering for what seems like hours (Einstein’s law of relativity), praying, even begging for the sun to come up. Yes, I have endured many such torturous mornings, and have put my friends through those too. Some who could protest and resist went back to sleep. But most got enthused and came to give me company, even if they had to go back to sleep after that.

Sunsets of course are simpler to watch. You are wide awake, and prepared. You just need to make sure that you reach the spot on time. During my first day in Florida last year, I was hoping for a spectacular sunset by the Tampa Bay as I drove from Orlando. I was caught in so bad a traffic clog that I had to grind my teeth and swear, having to be content watching the sunset caught in traffic from my car. Yes, I have a picture of that too. The problem is, you would drive and look at the position of the sun, thinking that you have a lot of time to make it. And then before you know, the sun is at the horizon, about to set. Yes, I have my fair share of sunrises and sunsets I have missed, and during my 14 day Europe Trip, I could capture only one sunrise by the Mediterranean Sea. Regrets !! However, I do have a good collection of my signature sunrise and sunset pictures I can proudly show off. Each picture reminds me of a different place, a different story associated with it, different sets of friends I was with during the trip, and in general, a sense of happiness for being able to witness a phenomenon as commonplace and yet as spectacular as the sun painting the world white or dark.

Two things I always pray whenever I am ready with my camera to take pictures- that it should not be so cloudy that the sun gets shrouded behind the clouds, and that there is a little bit of clouds in the sky that makes the phenomenon more spectacular. A little bit of physics, diffraction and all, and you can see amazing colors and patterns merely by the presence of some clouds.

Anyway, I proudly present to you in this post, a selection of my 10 favorite sunrises and sunsets across different places in the U.S.A. These days I am building quite a signature collection of these, and hopefully someday, I will be able to show you my entire collection.

1. This is at the Cannon Beach in Oregon. You see the Pacific Ocean behind the rocks, which means this was a sunset. The Cannon Beach (and most beaches in Oregon) have interesting rock formations, that gives an amazing creativity tool for photographers to play with. (Cannon Beach, Oregon, Winter of 2009)

3. Sunrise by the Key West, Florida. Here, you see the Atlantic Ocean. Florida is amazing because it is the only state in the U.S.A. where you can see both the sunrise and the sunset by the ocean. If you look at the map of Florida, you will know what I mean. I frankly went a little crazy in this trip, taking pictures of both sunrises and sunsets on the same day during my 4-5 day stay in Florida. And boy, it was a cold end of November morning. (Key West, Florida, Winter of 2010).

4. Sunset by the Key West, Florida. The same craziness and obsession with Florida sunrises and sunsets I told you about continued. If Florida is special in that way, Key West in Florida is extra special. These are a bunch of islands off the American coast. This means that theoretically you can watch the sunrise at one point in Key West, and 12 hours later you can turn back and watch the sunset from the same point, all by the Atlantic Ocean. (Key West, Florida, Winter of 2010). 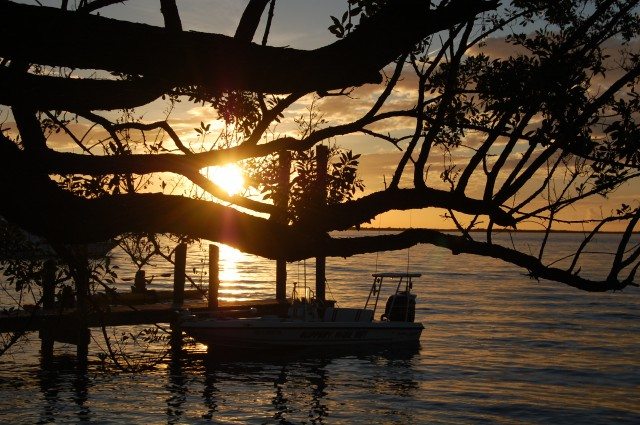 5. Sunset in Honolulu, Hawaii. The trip to Hawaii was a spectacular one in many ways, and caught in the middle of the Pacific Ocean, halfway between western U.S. and Japan, it was an amazing experience capturing this sunset by the Waikiki Beach. (Honolulu, Hawaii, Spring of 2009).

6. This ought to be a special sunrise. This is the morning when India won the world cup in cricket. This was a cold springy morning in St. Augustine (Florida again), and we were shivering the entire time we waited for the sun to rise. We were at least 30 minutes early this time. I panicked that I would miss the sunrise, and hence set the alarm clock well ahead of time. I underestimated the wind chill of Northern Florida in spring, that left me shivering and wanting for the sun to rise sooner. I took this picture and a few hours later, India made the epic victory in World Cup. (St. Augustine, Florida, Spring of 2011). 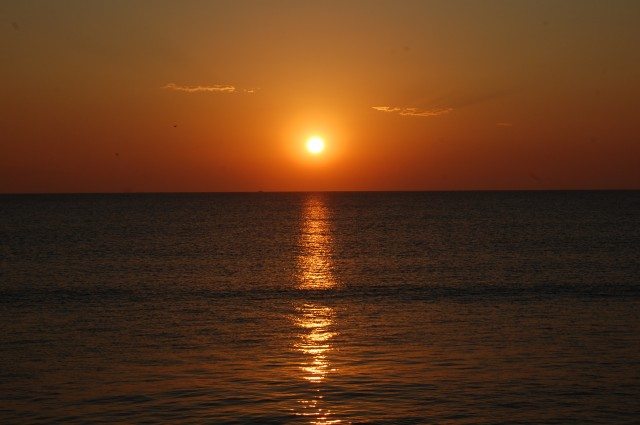 7. This is a sunrise by the Atlantic Ocean in Miami. The clouds, and particularly the ship gave lot of character and personality to the series of sunrise pictures I took this particular morning. This is of course just one of them. (Miami, Florida, Winter of 2010). 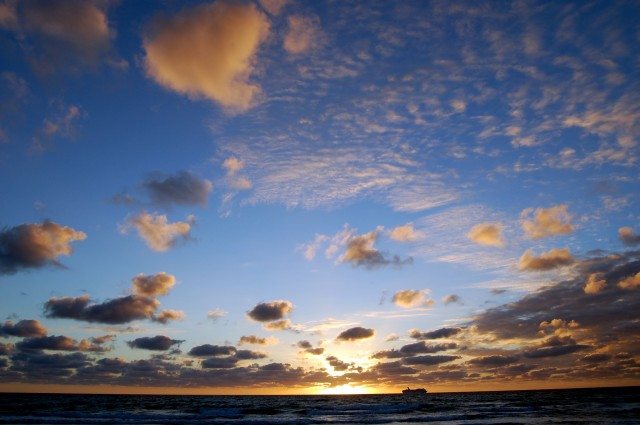 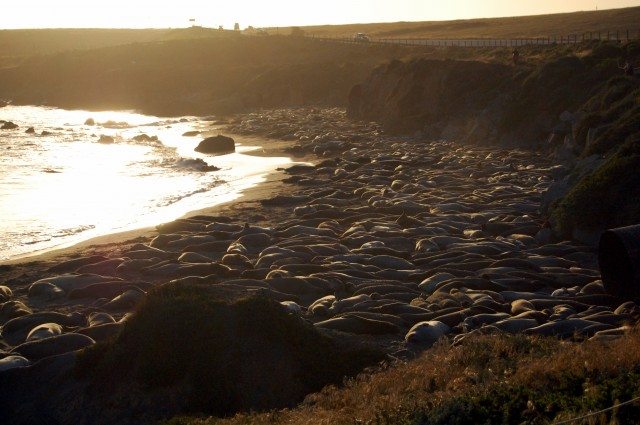 9. Sunrise by sunrise point in Mount Rainier. I have written about this trip before, significant for a number of reasons. One, this was taken after a night of watching meteor showers by a random desolate pavement all night in Mount Rainier National Park. Two, my friend got featured in National Geographic for a photograph taken by him during this trip. Third, it was my last significant outdoor trip before I moved out of Seattle. (Mount Rainier, Washington, Summer of 2010). 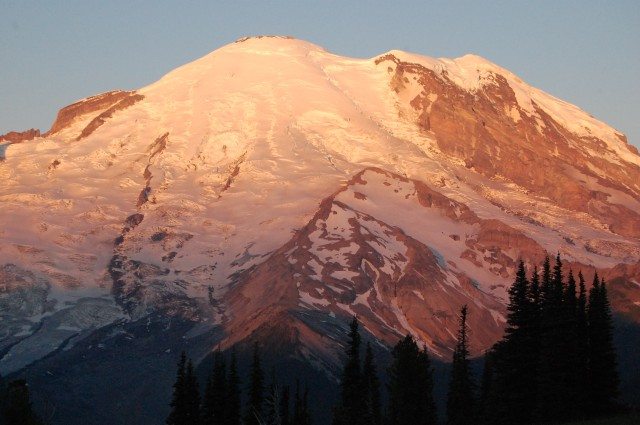 10. This is another special sunset taken by the Pacific Ocean at the La Jolla Cove in San Diego. This is the first sunset of the year 2011. A big gang of us went on a road trip to San Diego, and here is an amazing picture from the first day of the year. (San Diego, California, Winter of 2011). 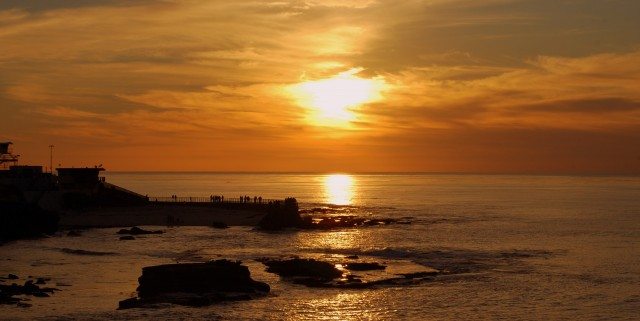 Just wondering, do you have a favorite picture from this collection?

Signature Sunrises and Sunsets was last modified: May 28th, 2020 by Devasmita

My travel to Switzerland was in the month of April 2011 and I thought writing about it now would be difficult. But the beauty of the place is etched so deeply on my heart and mind that the itinerary seemed so fresh and I could jot down everything – without missing much :)