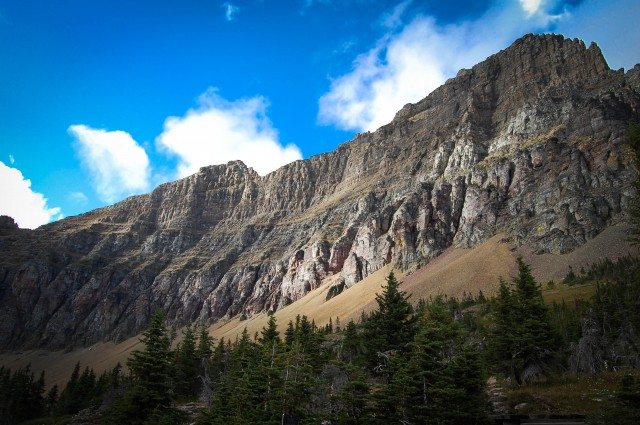 It was the beginning of September 2009, and for a person who wasn’t very fond of the dampness and the dreary cold, it was a little past the right time of the year to make a road trip to the Glacier National Park in Montana. It was the second significantly long road trip of the year, the first one being the trip to Yellowstone National Park. There was a 11 hour drive ahead of us. After picking up some food from Bellevue’s Fred Meyr, the 7 of us started on our journey, way before the long weekend traffic could hit us. The idea was to drive for 5 hours, camp for the night at Coeur d’Alene (the border of the state of Washington and Idaho), and complete the rest of the journey the following day. The batter for the tandoori chicken was in the portable freezer, the one that was to be our dinner by the campfire the following evening. The idea was to spend 3 days in the wilderness, hike, camp, sleep in the tents, sit by the campfire eating smoked chicken and s’mores (roasted marshmallow and a layer of chocolate sandwiched between two pieces of graham cracker). Those were the days when I was still learning how to drive a car.

On our way, somewhere in Eastern Washington. See the horses?

By the time we reached Coeur d’Alene, we realized we were too excited to halt for the night and camp. It was about 11 pm and we made a split of the moment decision. We decided to continue driving till we reached our campground at the Glacier National Park. We could eat inside our minivan, and would only break (and brake) when we needed to change drivers or use the restroom. Fortunately, 5 out of 7 people in the trip could potentially drive.

I was looking forward to seeing the landscape and scenery of the national park by daylight, but the plans were changed now. Not that I was complaining, I was the one who proposed the change. There is a huge lake called Flathead Lake that starts a few hours before you enter Glacier National Park, and in the moonlit night, I saw the most amazing view of the lake, it’s water glimmering silver in the moonlight. The trees and the water looked so pretty even at night, I was sure there was a visual treat awaiting us the next few days. We reached our camping site almost past 4 am. The temperature had dropped significantly, and I knew it was not going to be one of the very physically comforting trips. Glacier National Park is located close to the Canadian Border, I was not surprised that it should be so cold in early September itself. It took us a while to set up camp, but we had friends in our group who were seasoned campers, and helped us set up out tents in no time. As I sank into my cold sleeping bag that early morning, I could hear the birds beginning to chirp outside. I squinted at my watch. It was close to 5 am, and despite the 4 layers of clothing and the woolen socks, I was freezing. 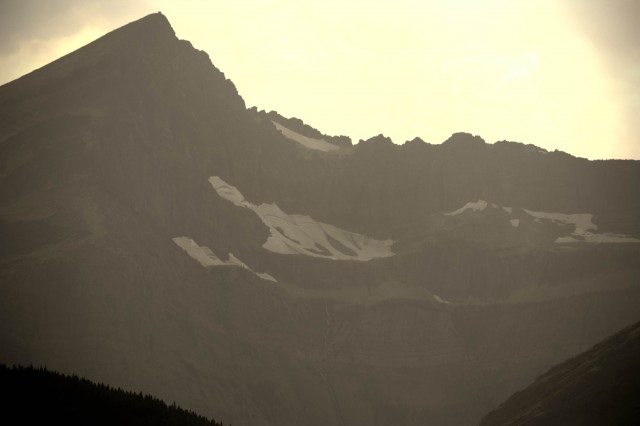 Robin Williams once said, “If this isn’t God’s own backyard, he certainly lives nearby”. This pristine national park in Montana is often called the “Crown of the Continent Ecosystem”. 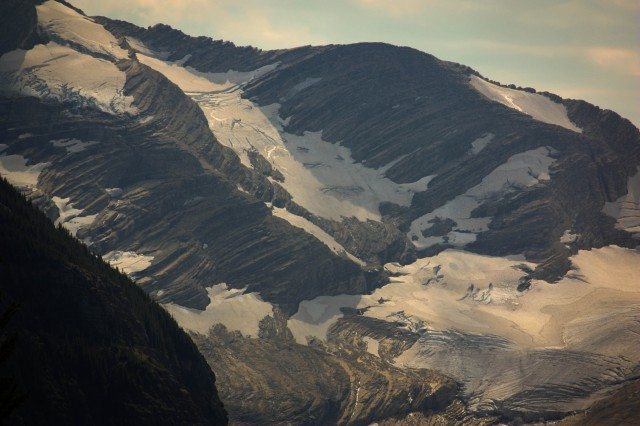 Our first stop at the morning was Lake McDonald. It is the largest lake in the Glacier National Park. It was a wonderful sight, so calm and serene, so pristine and untouched by human activities. I could sit there for hours, admiring the lake, the steep mountains surrounding it, the little white boats that you could ride.

This national park is the southern extension of Canadian Rockies, and is named after the many glaciers that sculpted the landscape of the place from the last ice age. Unfortunately, only a few remain currently. They predict that with the current global warming patterns, all of the glaciers would be gone by 2030, and there will be nothing left to be seen!

We next started to drive through the Going-To-The-Sun-Road. It is the ONLY road that takes you through and across Glacier National Park. It goes over the Continental Divide at Logan Pass. It is one of the more dangerous yet pretty drives I have done, with mountains on one side and deep gorges on the other. Some of the gorges are so deep, you could not even begin to fathom how low you could see, and there would be stretches of rivers or falls you would see at a distance. It is an extremely winding and narrow road, and most of the times you had to slow down so much that there would be traffic clogs. At times the road would be a one way only, which means you had to slow down and let the traffic in the other direction pass. At one point in this road, you would see something called the Weeping Wall. A geological formation, it is a natural waterfall that seeps out from the Garden Wall. Fortunately or unfortunately, there was not much water from the snowmelt when we visited, and the weeping wasn’t that intense. 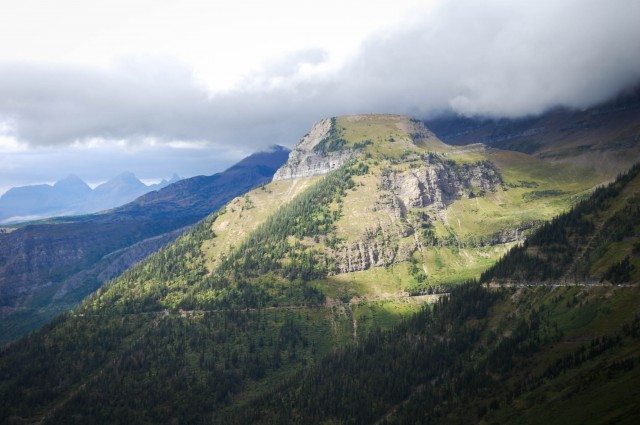 The road got its name for Going-To-The-Sun Mountain in the east beyond Logan Pass. Apparently you can see glimpses of this road in many famous movies, like “The Shining”, “Blade Runner”, and “Forrest Gump”. We stopped at four main points while driving along this 53 mile road (which will take you hours to complete, given the low speed limit, the curvy roads, and the traffic). Those were the Weeping Wall, Lake McDonald, Logan Pass, and Saint Mary Lake. There are many more, and you will find a complete list from Wikipedia.

A river runs through

We also stopped by the Many Glaciers Hotel, overlooking the Swiftcurrent Lake. From there, we watched the white mountain goats grazing far away with some sophisticated binoculars by the hotel. The mountain goat is the official symbol of the Glacier National Park. 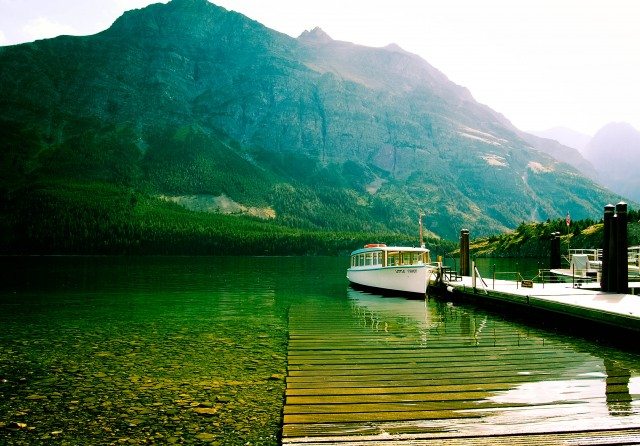 A pit stop along the Going-to-the-Sun-Road 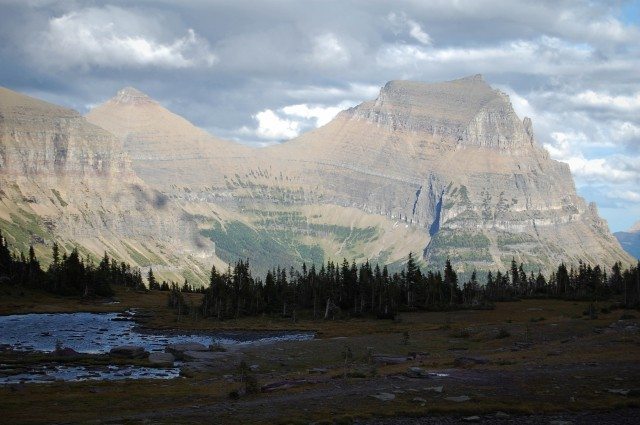 A pit stop along the Going-to-the-Sun-Road

You would also see a number of red tourist cars/buses in the Glacier National Park. These coaches are also called Red Jammers, and were restored in the 1930s. They tour all the main roads in the park, and were rebuilt in 2001. They run on propane in order to reduce environmental pollution. They strongly encourage you to ride these jammers in order to reduce pollution in the national park. 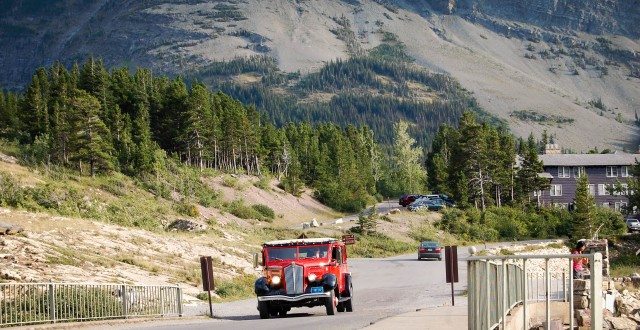 That night, we camped by the fire, ate s’mores and grilled tandoori chicken, took more pictures by the fire, and slept like logs. I was already overwhelmed by the sheer beauty this place had to offer. 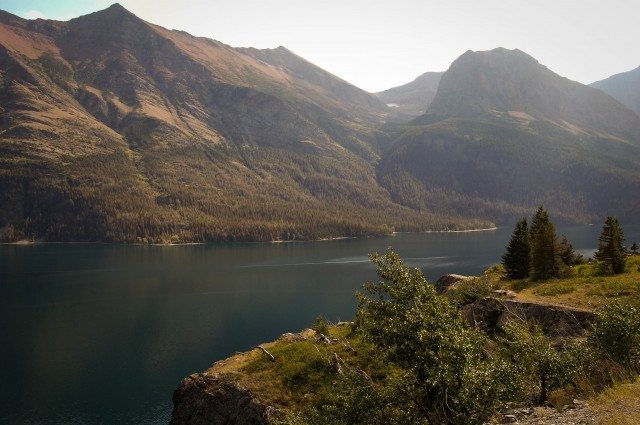 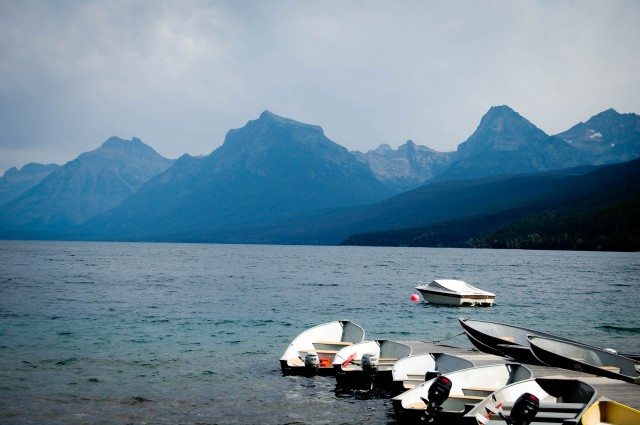 Day 2 events of strenuous hiking in the cold, windy morning to be continued ….

Hence, our first stop was at at ‘Salim Paper’ at Sanganer. From what we had learnt, this would be a cottage industry like place where one could see paper making and block printing. So we reached after going circles in the village, and ultimately realising that the place was right at the beginning. If you tell them that you are from ‘Arya Niwas’, they take you through a guided tour of ‘Paper Making’. This was our first visit to a ‘Paper Making’ factory and it was an extremely educative experience. The place was large, expansive and had sections where different jobs took place. The lady took us through the entire process with a lot of patience. The first step is to make the pulp by mashing waste cloth-cuttings that they procure from all the factories around. So essentially the raw material was waste organics being recycled and that was heartening to know. The cloth is shredded to very tiny pieces that are kept submerged in water for a few days. After that the whole cloth-water solution is rolled over and over again to form a thick pulp. This pulp is then further rolled to form a smoother paste. Color and condiments like rose/marigold petals, leaves are added now. Then the paste is spread on metal sheets and left to dry in the sun. Each sheet individually! Hence the paper is born. The dried paper sheet is taken off the metal based and pressed through machines. And thereafter, different actions are taken to make use of this paper. So we saw techniques of cutting, printing, pasting and finishing.

To give the viewers an experience to take home, and of course as a model for this tour fee, they also have a small shop/display counter. The only way we could have reciprocated the gesture was to buy some stuff so we bought quite a lot. Most of that was exciting and relatable as we were purchasing exactly what we saw being made right then. All of it was for European and American markets and were indeed of supreme quality. So we made a good collection of fancy paper bags, craft kits, various kinds of papers etc. that my daughter is waiting to rob off her mother for her school projects.