By the time we crossed Chhatarpur, it was beginning to get dark and having no familiarity with the local landscape, we kept driving oblivious of pot holes and growing darkness, keeping our neck craned all through.

We had been driving for almost 12 hours. It was the first time that we had come that far towards the heart of India, driving. Roads were keeping up to the reputation they have earned (or lost). And by now it was not possible to read numerous ‘Doda Posta’ (its a kind of indulgence) boards so as to keep the humor going and we kept moving.

We decided to come back, rather drive back. On very first day, with another day in hand, we decided that we would come back. We need more of this place than what these 2 days can give us.

By the time we crossed Chhatarpur, there was some light left. I was determined to reach Khajuraho before it got too dark. That was not to be, though, since in the end we did take a mini break and waited for the magic of Khajuraho to unfold. 2010.

I tried writing a log couple of years back but could never get to it. I took 3 million photos and marveled at the magnificence, took few more photos. I tried few times to write a log , browsed through the mythological legends behind the temples but was not successful.

I was rather nursing my guilt of not being able to write till I read Manisha’s “Poetry in stone”. After reading, I knew that I should just give up the idea and instead read her brilliant piece again if ever I need to relive those temples.

Is it the end of this story ?

I do have some tricks so I decided to write a log titled ‘Beyond Temples’. Do not read this story before reading the important text, but for sure doing some of this stuff can be a good break from the usual.

So, heres my list of TOP things to do in Khajuraho 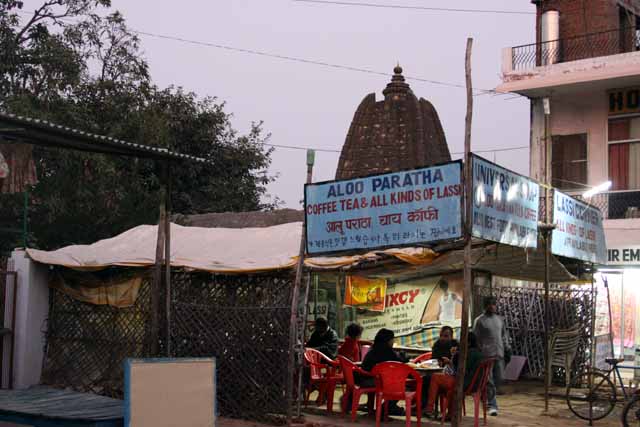 Notice the Shikhar in the background.

Find a good vantage point amid the tea shops and wait for the parrot gang. You would be amazed by the sheer number of them, each trying to making more noise than the other. Every few seconds a new fleet would come and disappear in the woods. This would continue till it gets dark. I have never seen so many parrots, up so close. Don’t miss it. I am recommending this for 6 – 7 PM timeslot. 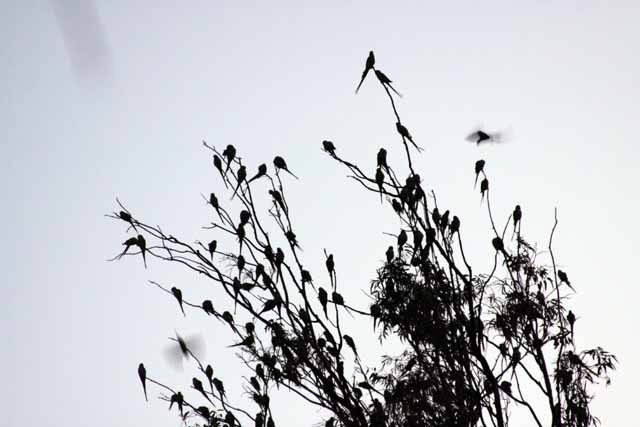 Parrots. Multiple this by 50 at least. 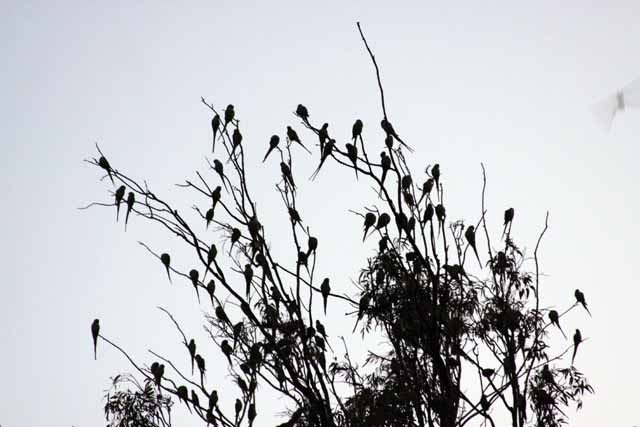 It is about 20 odd KM from Khajuraho. Just like the national parks of that region, it is high on Sal trees so its not really green as Corbett but any Jungle is good. Your first point on this drive is ‘Raneh Falls’. After you get the permit at the gate, there is a small drive through the jungle and we did see some wildlife there, from very very close. It is very close to usual jungle safari track with minimal tourists. 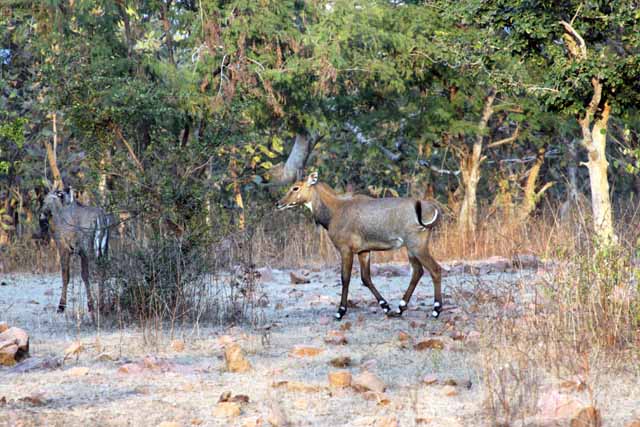 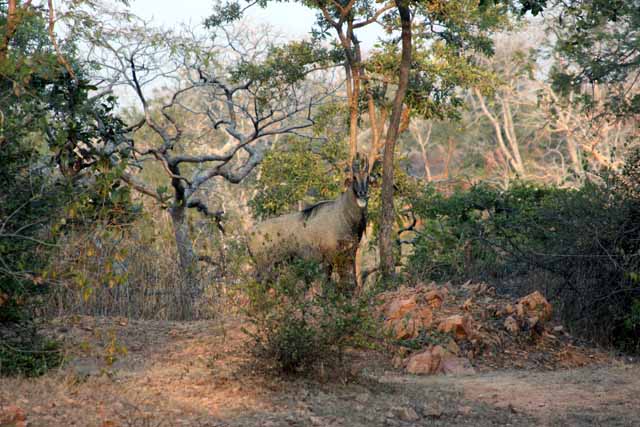 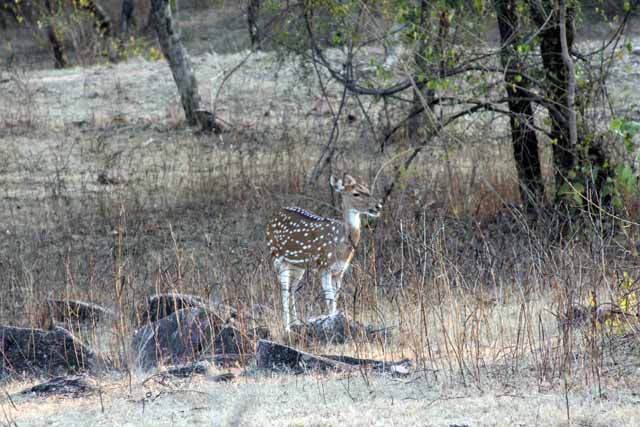 We were there during December so there was no fall but by looking at the sheer drop, I would imagine that it would be a sight to watch.

A little away is Alligator point, the way to which i believe is closed during monsoons. Alligator park is an effort to save them by giving them some safe haven. If you are lucky you might sight some basking in sun but the micro-mini-hike is worth it and its a good stretch.

Raja cafe. Don’t be in a rush so go if you have time to kill. They serve good food over beer and have the best location in town, just overlooking the temples.

The other recommendation is Mediterino. Try their pizzas and don’t miss to take a look at the wood-powered furnace (I guess thats quite a hard work for baking a pizza).

I am requesting my fellow travelers to add few more to make this post somewhat useful.

We started for Bandhavgarh next morning and trust me, if a lot of you comment and encourage me, I might win over my inertia and take you there. And yes, we didn’t see any tigers.

We really enjoyed the colorful aquarium with so many different species of fishes, specially the sharks and the divers feeding the sharks and playing with sting rays. We came out and saw a Railway museum just opposite CNT. I have strong fascination for trains and it was free (The only free thing in Canada)… we went inside the park where different locomotives, trains and old stations were on display.