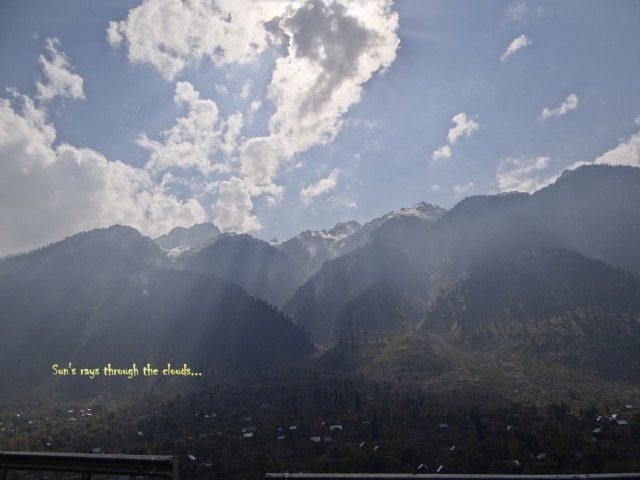 The drive to Sonamarg

After our first and memorable day in Srinagar, our next destination was Sonamarg. At an elevation of around 2800 metres above sea level, Sonamarg is nestled in the valley of the Sindh River, amidst the Great Himalayas. We had heard a lot about the captivating beauty of Sonamarg and in spite of being advised by many people to avoid going there due to the unforgiving weather and militancy, we decided to continue with our original plan. 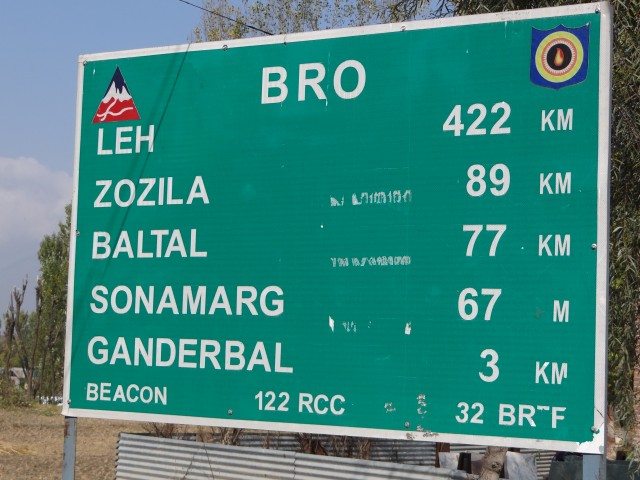 We left our guesthouse in Srinagar at around 9 am, hoping to reach Sonamarg by noon.  The highway to the Sonamarg, NH -1D was in very good condition for such hilly terrain. We passed the first town enroute – Ganderbal, within an hour. It was after Ganderbal that the real beauty of the drive commenced. After Ganderbal, the snow-capped Himalayas greeted us bang on. Every turn gave us panoramic new scenes, which always seemed to better than the previous one. Complimented by the untouched beauty of the Sindh River, the landscape was picture perfect. Finally after passing through the towns of Kangan and Gund, we reached Sonamarg just after noon. With a 360 degree view of the mountains and the pristine scenic beauty, Sonamarg truly, had lived up to our expectations. 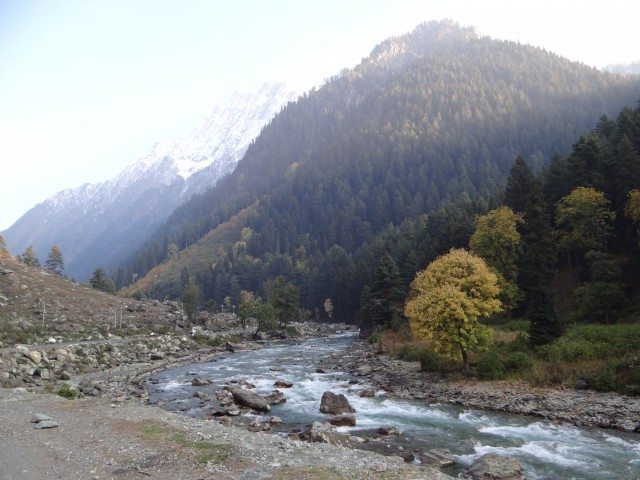 The drive to Sonamarg 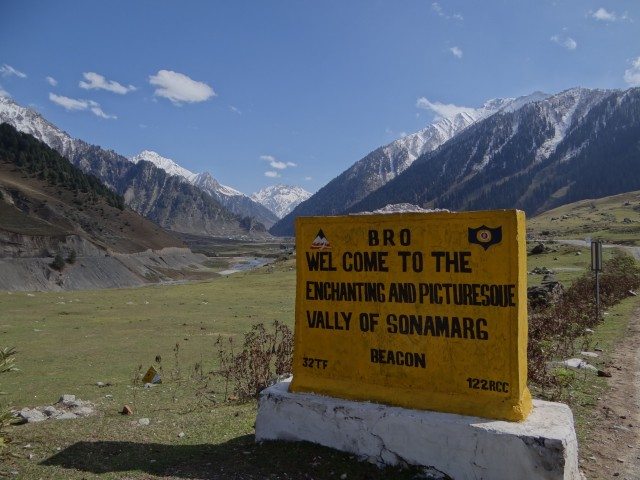 There were many hotels in Sonamarg, but we chose to board at the JKTDC cottage that was well maintained and located at the base of the Thajiwas glacier. After freshening up, we proceeded to the glacier, which was the main attraction of Sonamarg.  From our research on the place we knew that there was a 3 km walk to the tip of the glacier, which in turn would give us a chance to see and touch snow.

A panorama of Sonamarg

The trek started around 1 km uphill from the guesthouse. It began with an incline, but levelled out later. After walking for about two hours, we managed to reach the glacier. However, it was quite crowded and after a small discussion with the guide, we decided to walk further to another glacier. The region around the glacier was full of snow and the glacier itself was a large mass of ice. However, it was bone chilling cold. 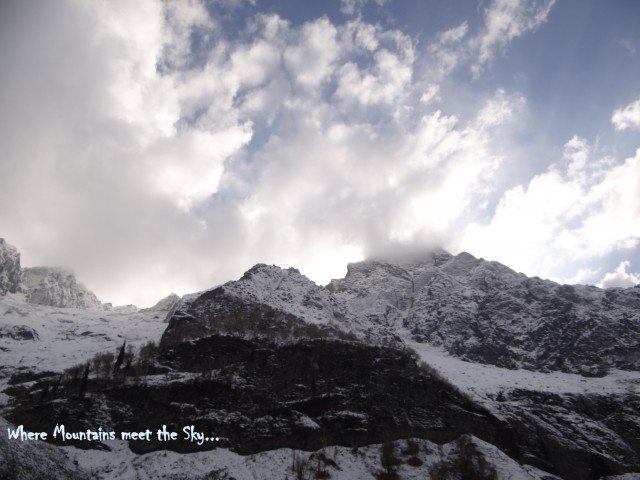 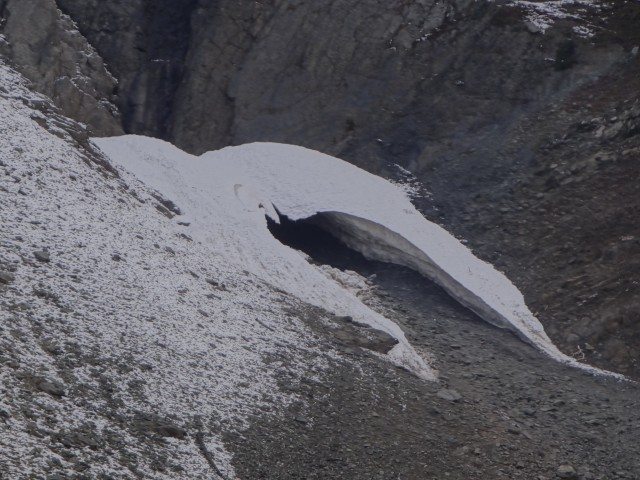 After a short session of taking photographs, we started walking back to our base. All the time during the walk back, we were marvelling at the enchanting beauty of the place and looked forward to our next stop, Zoji la pass which was 20 kilometres from Sonamarg.  We had an early dinner at the JKTDC cottage and went off  to sleep.  The temperature in Sonamarg that night nearly touched zero.

The sunrise at the JKTDC cottages on the base of Thajiwas is truly a memorable experience. From the moment the first rays of the sun touch the mighty mountains, it is a fantastic scenic spectacle that unfolds every minute. After enjoying the sunrise we had a nice breakfast served by the staff at the cottage. 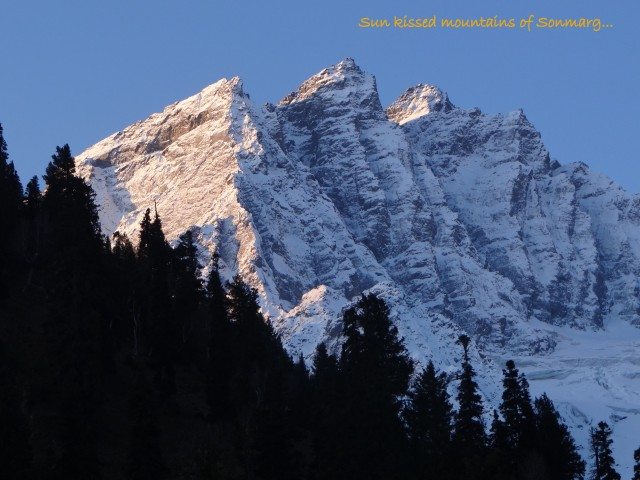 For our trip to Zoji La we hired a local  Tata Sumo we knew our Swift may not be able to handle the tough ride.Fully equipped, we left for Zoji La located at an elevation of 3500 metres above sea level. The pass  is opened for a period of 6 months from May to November, after which it is closed due to snow.  The road to Zoji La was quite good except for some odd stretches. When we were around 1 km before Zoji La, we got the news that a truck had overturned blocking the route. The driver suggested taking an alternate route which was a Kachcha road and was cut right into the rock face of the mountain.  As we were about to near Zojila, our car had gotten stuck in knee deep snow. All efforts to push the vehicle were in vain. With time running out, we began walking to the pass. After around 15 minutes of walking, we reached “India Gate”, the end of Zoji La. Even though we were tired, we couldn’t believe that we were amidst such beauty. 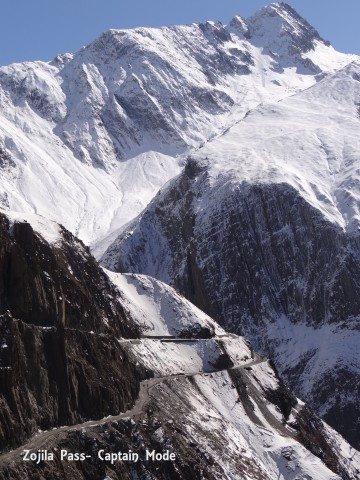 From India Gate, we hitched a ride up to Gumri, around 2 km further from Zoji La. After Zoji La, the topography changed completely, a sign of our entrance into the Kargil valley. The road was surrounded by snow on all sides, and in the distance we could see the beginning of the cold desert of Ladakh. 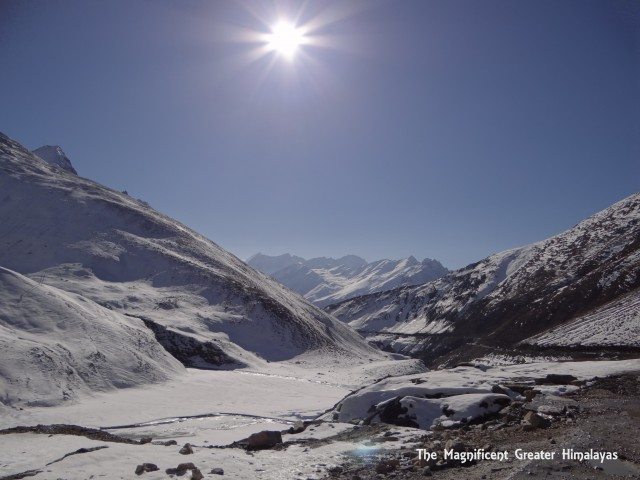 At Gumri, we visited the Zojila War Memorial, which was a tribute to the martyrs of the war against Pakistan.  After visiting the memorial, we started the long walk back to our car. But soon enough, our Sumo arrived. Our driver informed us that he had managed to move the vehicle out of the snow with the help of a few people. On the way back, we also saw the tiny hutments of Baltal located at a distance, an important base for Amarnath yatris. Throughout the journey to Zojila and back we spotted the Raven, a cousin of  the crow, which courageously survives in these cold environs. 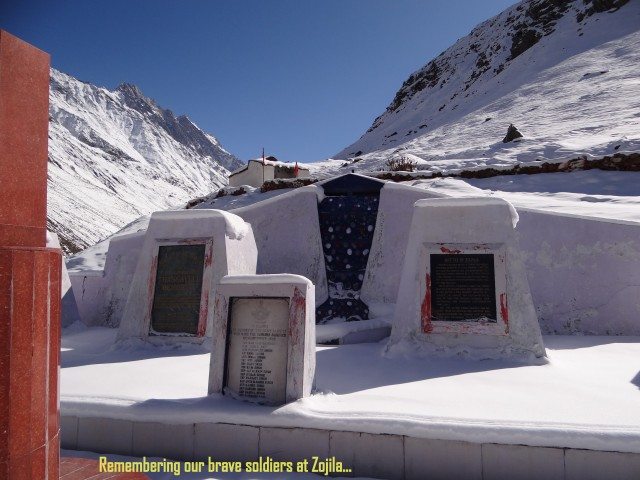 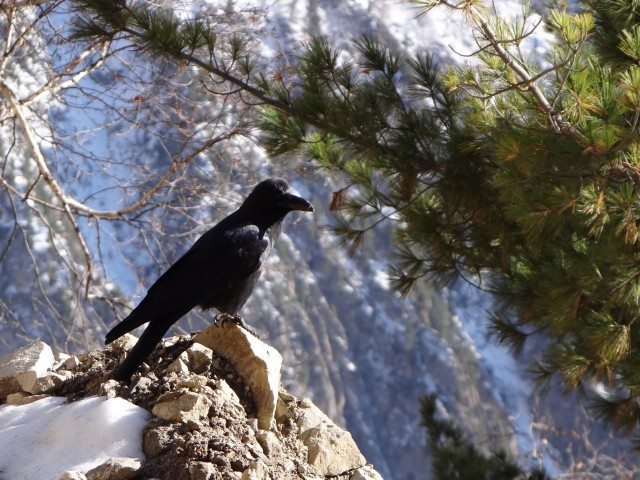 After a quick lunch at Sonamarg, we left for Gulmarg. We reached Srinagar in an hour and a half. From Srinagar, Gulmarg was another 50 kms away. The road was in very good condition and we managed to reach Gulmarg at around 8pm.

The famous temple of Somnath is situated in western India located on the Arabian Sea coast of Gujarat. It is believed that between Antarctica…