In the month of June 2013, I along with three other friends (Naresh Saroha, Rajeev Dhillon and Satish Kumar) visited Maharashtra for religious tour of BhimaShankar, Trimbakeshwar and Grishneshwar Jyotirlings alongwith Shirdi and Shani Signapur.

Initially, in April 2013, when my friend Naresh Saroha asked me for this tour program (to be held in June 2013), I instantly refused as I have already registered for Shri Amarnath Yatra during that period and it was very difficult for me to get one week leave twice from office in short period . But they keep insisting me for the tour and booked the train tickets both ways for four persons including me without my consent. Due to heavy rush for summer vacation, no confirm seats were available on direct routes, so for onward journey booking was made via Mumbai and return journey from Manmad. I told them that I will confirm my candidature only in June.

In May, I decided to company them and to postpone the Amarnath Yatra if required (if leave not get sanctioned). I shared my view with them and in reply, got the responsibility to prepare the tour eternity. Initially the Program was to visit two Jyotirlings- (Trimbakeshwar and Bhimashankar ) and Shirdi . Date of departure from Ambala was on 19th June 2013 and we were returning Ambala on morning of 26th June. Excluding the Journey period, we have full five days in our hand. I decided to utilize this time fully and to explore the area maximum possible. After reading few travel blogs on this route and with google help I made the eternity as follows:

Finally the day (19.06.2013) comes. Our seats were reserved in the 22452, Chandigarh to Bandra Terminus, SF express. Departure of the train from Ambala is at 6:40 AM. We all reached at railway station before 6:15 AM. Train was running on time and arrived as per its scheduled time. We boarded the train and the journey started. It was a long journey. We spent the journey time by playing cards, making fun and teasing each other.

Next morning, after a long run of 27 hours the train reached Mumbai Central railway station at around 9 AM. In fact it reached 20 minutes before its scheduled time. We came out of railway station and many cab drivers rushed to us and offer their services for Mumbai sight-seeing but we were in search of a place where we can take bath. We asked them about this and many of them suggested us many nearby hotels in the range of Rs. 1000-1200 and were ready to take us there. We simply refused. We were not ready to spend so much money just for one hour. In between, one of cab driver suggest us to go to the new terminal made at Mumbai Central railway station at a distance of mere 250-300 meter away from old one where bath facilities are available in just 10 rupees for one person. We walked to that new terminal. It was newly constructed and totally neat and clean. Wash rooms/toilets facility were/are available at first floor. They were well maintained. There is one nice cafeteria at the ground floor. After taking bath we took breakfast here. At 10:30 AM we were ready to roam in Mumbai. We hired a taxi. Initially he was asking Rs. 1200 for 6-7 points out of which we dropped two point and they were bungalows of Amitabh and SRK. We were not interested to watch their bungalows. So after some negotiation he agreed for Rs. 900 for Juhu beach, ISCON Temple, Santa Cruz, Siddhi Vinayak Temple and finally dropping at Gate way of India.

For all of us it was first journey to Mumbai so all were excited. First of all, cab took us to Juhu Beach after 30 minutes’ drive from Mumbai Central railway station. As a tourist destination, Mumbai is famous for its lovely beaches that attract large number of tourists. One among it is Juhu Beach, which is one of the biggest and the most sought after beaches of India. 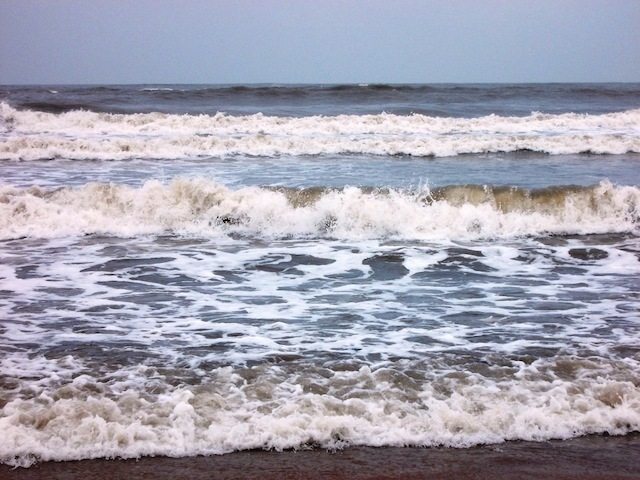 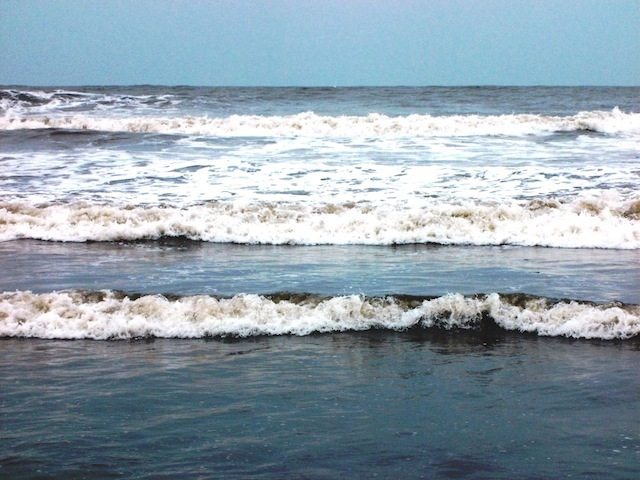 Juhu Beach lies in the suburbs of Mumbai. To the west of Juhu Beach is the Arabian Sea and to its east are Santa Cruz and Vile Parle. It is situated 18-km north of the Mumbai city center and one of the most posh areas of Mumbai. It is a popular destination for elite class for residential apartments and bungalows. A number of well-known film personalities of the Indian film industry live here. It is even a favorite destination of filmmakers of Bollywood for shooting films. People even come here to immerse the idols of Lord Ganesha after Ganesh Utsav. 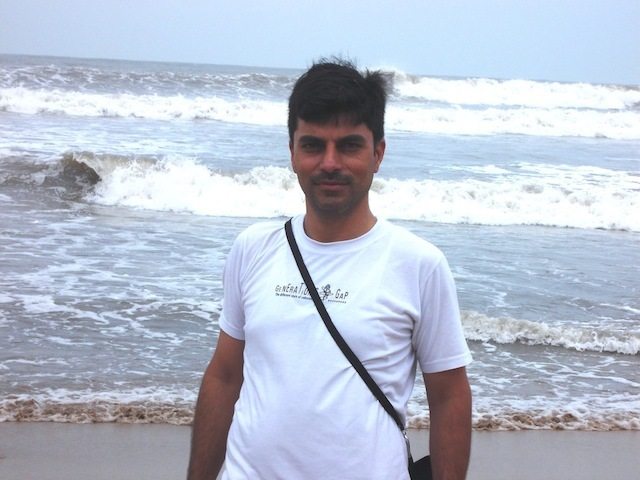 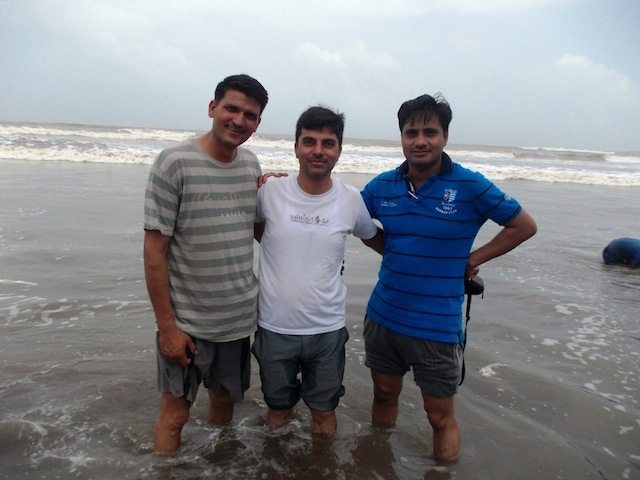 Satish, me and Rajeev @ Juhu Beach

We reached Juhu Beach at 11:30AM. As it was odd hours, there was no crowd but only a few youngsters enjoying there. After spending about half an hour there, we returned to Taxi. Our next destination was ISKON temple which is near to Juhu Beach. We reached there in few minutes. 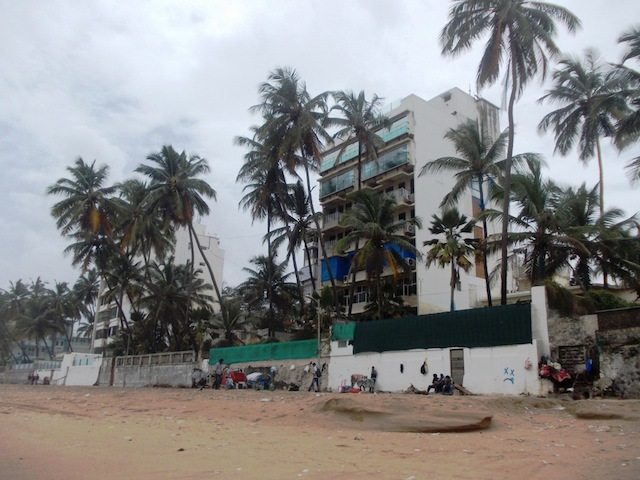 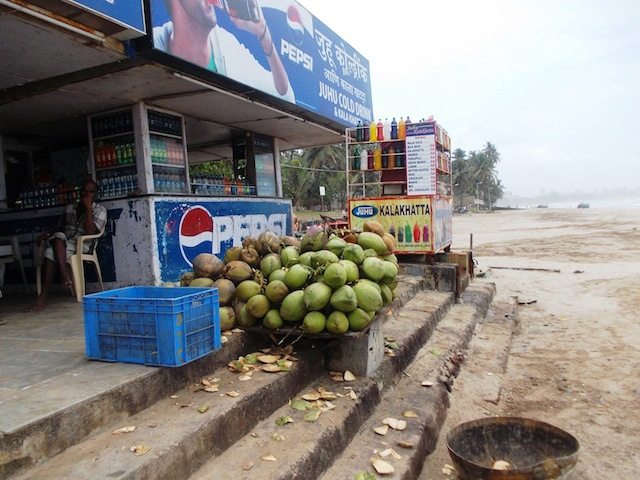 “Hare Krishna Land (ISKCON Juhu) is set upon four acres of prime land and a stone throw away from Juhu beach. A.C. Bhaktivedanta Swami Prabhupada, founder of ISKCON, inspired the construction of one of India’s most beautiful temple of Lord Krishna in Mumbai. The presiding Deities at the temple are Sri Sri Gaura-Nitai, Sri Sri Radha Rasabihari and Sri Sri Sita Rama Laxman and Hanuman. The Deities were personally installed by Swami Prabhupada. 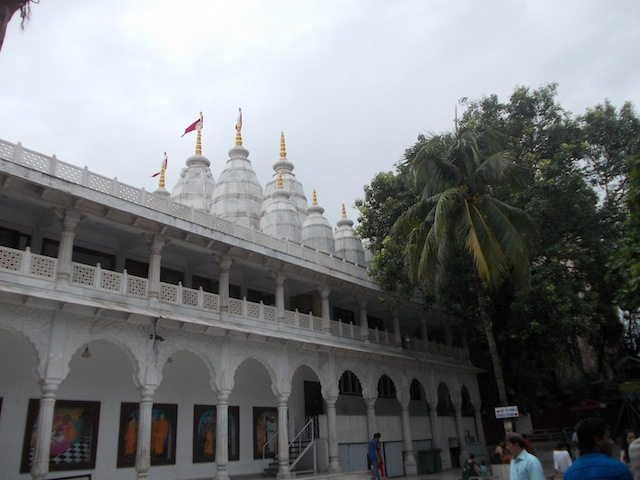 In early 70’s when Juhu was considered a remote and obscure part of the city, to envision a temple rising here was beyond anyone’s imagination. However, fighting against many odds Srila Prabhupada acquired the Juhu property (which is presently Hare Krishna Land) and today the magnificent temple complex is one of the most visited in the country. It is a spiritual oasis in the dry and demanding material life of the financial and commercial capital of India. Opened in 1978, the complex includes a spacious marble temple, a recently renovated auditorium and a twin towered seven-storey guest house where visitors can stay and participate in the daily spiritual programs of the temple. One can have the privilege of staying in a temple atmosphere, partaking in temple programs and prasadam to gain a totally spiritual enlivening experience away from the hustle and bustle of daily life The Temple has a Center for Vedic Education which conducts Stress Management workshops, yoga retreats, research cell and a Vedic education and courses based on Bhagavad-Gita and Srimad Bhagavatam, including the Bhakti-vriksha program. 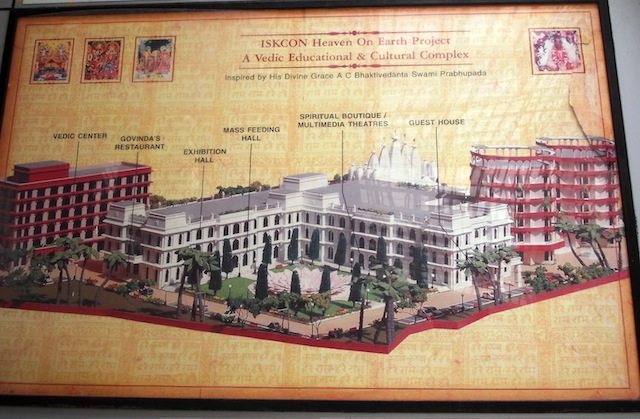 It has a huge restaurant named Govinda’s Restaurant which offers an extensive variety of meals and snacks. At here one can enjoy karma-free food, both physically and spiritually nourishing, at Govinda’s restaurant. Prasadam at Govinda’s is prepared from carefully chosen ingredients and offered to Lord Krishna.

The complex houses a spacious library which not only has an extensive collection of spiritual books but also a multimedia section. One can watch ISKCON’s many international videos and relish hundreds of lectures, kirtans and bhajans.

An underground car parking facility is also available for nearly 150 cars to be parked inside the complex.”

The Temple is huge and has beautiful architecture. All the entrance doors of the temple are beautifully carved. The pillars are engraved with beautiful statues. The entire temple is brightly lit with attractive chandeliers. All the doors and windows are also beautifully engraved. The floor and the walls are decorated with colorful semi-precious stones, depicting floral vines with flowers and buds. The engravings on the main sanctum and its ceiling are extraordinary attractive and eye-catching. 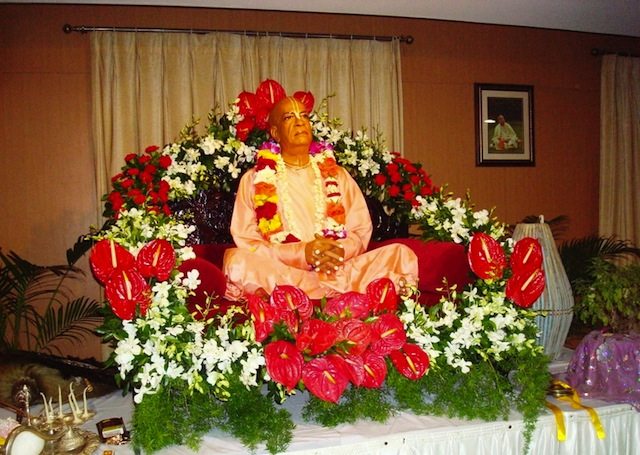 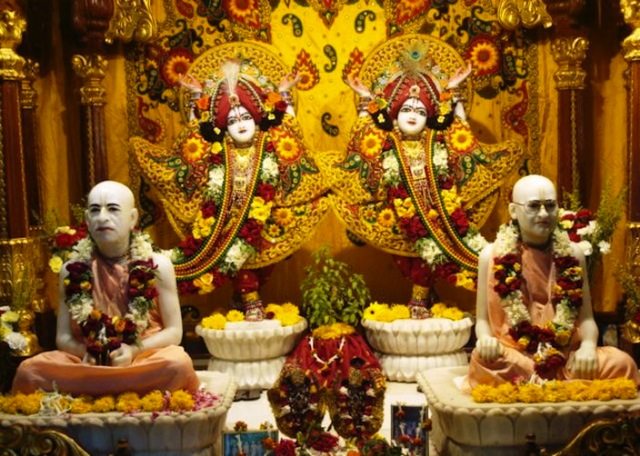 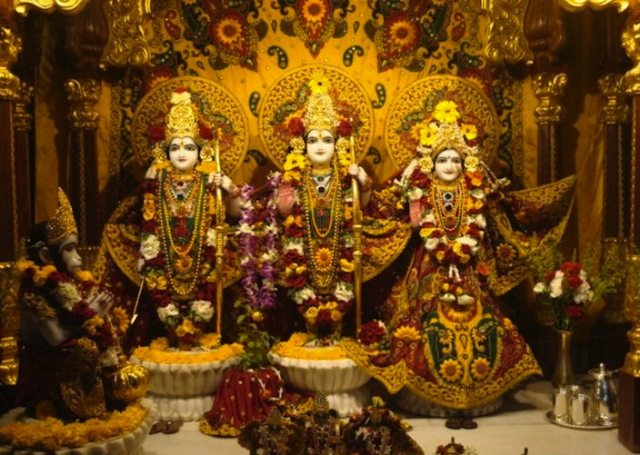 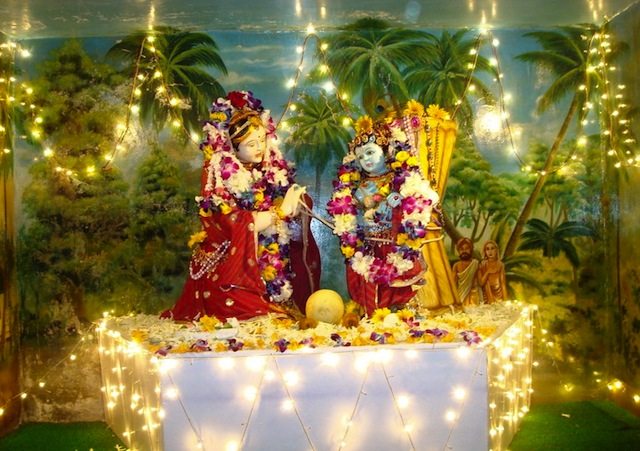 When we reached inside the Temple complex preparations were on full swing for Raj Bhog Aarti. As many of you must know that in all ISKCON temples, there is unique way for Aarti. It is being performed along with kirtan and dance. We stay there for around 30 minutes and took part in Aarti and have a totally spiritual enlivening experience. After Aarti, we met Ronit Rai, famous TV actor, who had come in the temple with his family. In the complex, on the exit route, there is a restaurant from where we took some snacks and ice-creams and came out of the Temple complex. Temple is closed at 1:00 PM and reopens at 4:30PM. As soon as we came out of the complex, the gates were closed. Taxi was waiting for us and we moved to our next destination.

Mumbai sight-seeing to be continued in next Part…

New places make you miss home and you often find yourself in the things-we-used-to-do memory thread. Since I moved to London, my pinings for…