Mumbai city is a spectator to many popular places of worship and of historical interest. Most of these places are of archaeological value besides being famous religious sites. Mumbai celebrates Ganesh Chaturthi in a grand manner and worships Lord Ganesh with supreme devotion. Thus Siddhivinayak Temple is a temple of eminent importance in Mumbai. 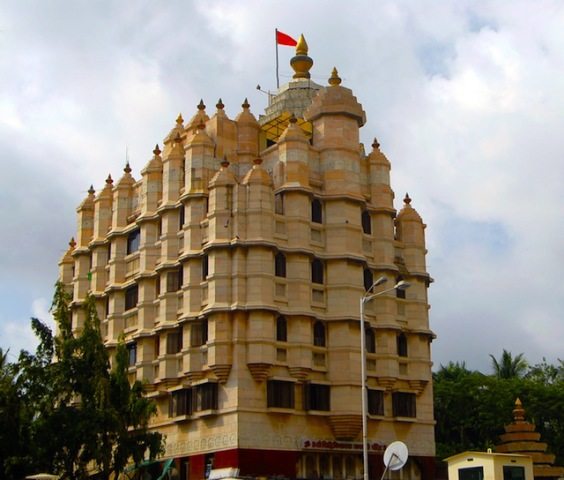 Earlier, the Siddhivinayak temple was a small construction highlighting the black idol of Shree Siddhivinayak, carved out of stone. It was only two and half feet wide then. The most remarkable feature of this idol of Lord Ganesh is that, His trunk is tilted to the right side. The deity has four hands, which is why it is also called Chaturbhuj. The four hands contain a lotus, a small axe, holy beads and a bowl full of Modaks, a sweet considered to be a favorite with Shree Siddhivinayak. On both the sides of the deity are Siddhi and Riddhi, two Goddesses standing for holiness, fulfillment, wealth and prosperity. The Siddhivinayak has an eye engraved on his forehead.

The temple has undergone a complete make-over in the recent past. The idol has been kept as it is and the temple has been built into a unique six-storied construction. The top of the temple is clad with a golden dome, which dazzles brilliantly in the sun. It is a great looking temple in Mumbai, which is anytime worth paying a visit. 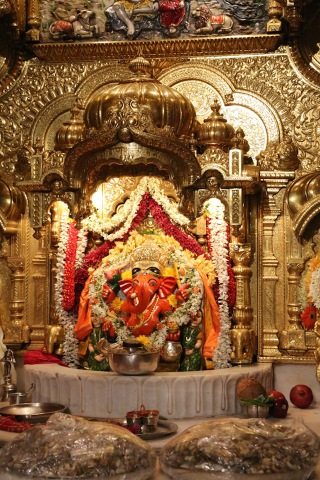 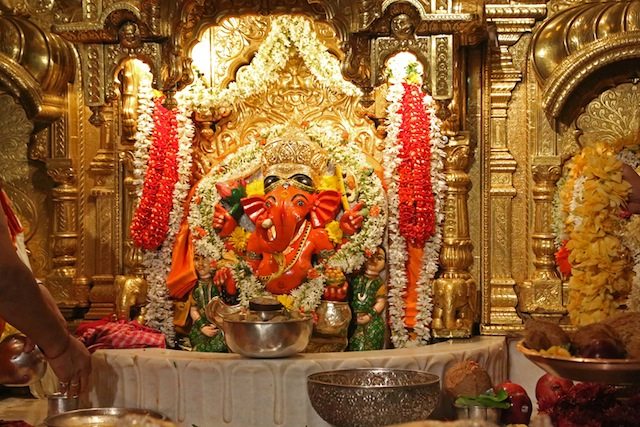 Places around the temple: Shivaji Park Beach, Worli Sea Link, Nehru Centre
Entry Fee: Commercialization in the name of God is the only thing that is dejecting. The entry is free if you are willing stand in the long queues but there is also a paid entry with a special pass for direct entry into the temple.

If you are in Mumbai, a visit to the temple would be among the best of experiences to recollect.

Here, I conclude this write up with a small prayer in the name of Lord Ganesha:

Through the above lines are from a shloka (prayer), the devotees are inviting the Lord of Spiritual Faith to visit their home and bless them with a prosperous life.

As we reached there at 2:30 PM, there was no crowd. We had blissful Darshan of Lord Ganesh in just 15 minutes. After Drashan we took a tea break at a small vendor near temple and after that proceeded to The Gateway of India by the same Taxi. On the way, we saw many high rises buildings like the BSE stock market which the City is known for. Around 4:30 PM taxi dropped us at Gateway of India near Hotel Taj. We paid him Rs. 900 and he asked for some Tip. As he had behave decently and did not shown hurry at any place like many cab drivers do, we paid him Rs. 100 extra as his wish. 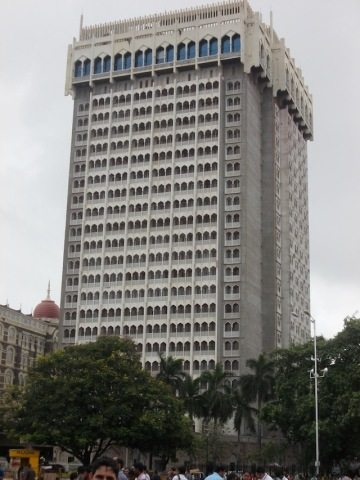 The Gateway of India
“The Gateway of India is one of the architectural marvels of our country. Located on the southern part of Mumbai on the shores of Arabian Sea, the Gateway of India is an important landmark of the city. It is virtually the starting point for any tourist who wants to get acquainted with the exuberant and exciting life of Mumbai. The huge monuments speak at length about the history of our country. The beautifully engraved designs and the well-built pillars remind us of the colonial rule and the sacrifices of our fellow countrymen. 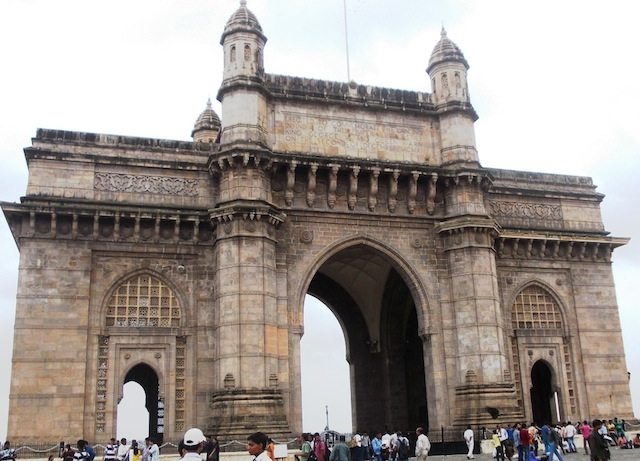 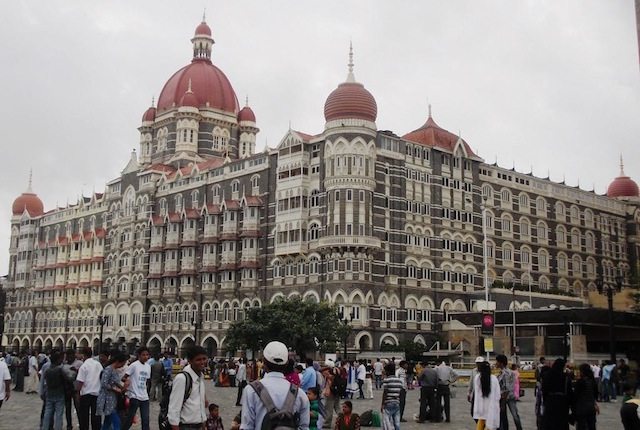 History
The Gateway of India was built in 1924 to celebrate the arrival of King George V and Queen Mary. The design and the plan was given by George Wittet which was approved by the then Governor General of Mumbai, Sir George Sydenham Clarke. The construction began in 1911 and took thirteen years for the entire project to be completed. The Gateway of India was inaugurated by the Viceroy, the Earl of Reading on 4th December, 1924. The Gateway of India became all the more symbolic when the last British Force left our country on 28th February 1948.

At one point of time, this monument represented the grandeur of the British Raj in India. The total construction cost of this monument was approximately 21 lakhs and the whole expense was borne by the Indian government. A favorite spot for tourists, nowadays, this monument attracts vendors, food stalls and photographers. The passing of the ‘First Battalion of the Somerset Light Infantry’ was recorded as the first main event that took place at the Gateway of India. This ceremony was conducted on February 28, 1948, when the last set of British troops and divisions left India, post-independence. 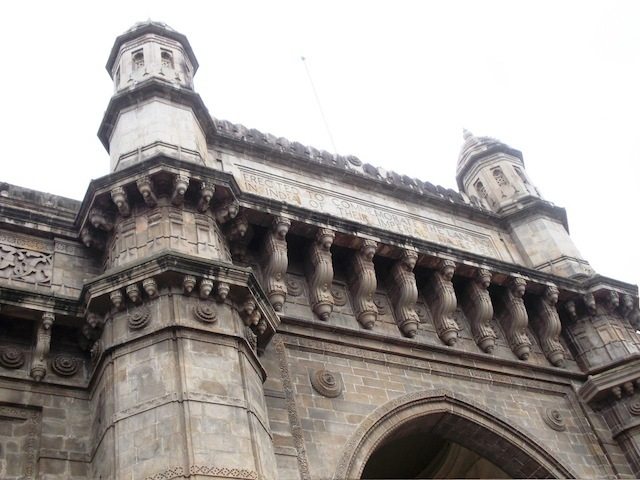 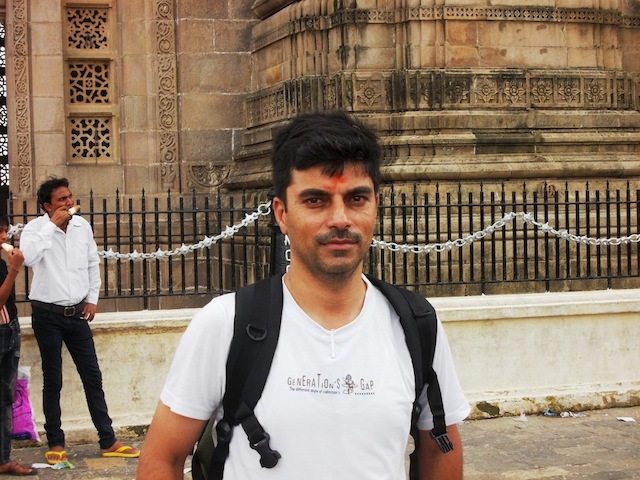 Myself @ The Gateway of India

Architecture
The structural design of the Gateway of India is constituted of a large arch, with a height of 26m. The monument is built in yellow basalt and indissoluble concrete. The structural plan of Gateway of India is designed in the Indo-Saracenic style. One can also find traces of Muslim architectural styles incorporated in the structure of the grandiose edifice. The central dome of the monument is about 48 feet in diameter, with a total height of 83 feet. Designed with intricate latticework, the 4 turrets are the prominent features of the entire structure of the Gateway of India. There are steps constructed behind the arch of the Gateway that leads to the Arabian Sea. The monument is structured in such a way that one can witness the large expanse of the ‘blue blanket’ right ahead, welcoming and sending off ships and visitors.

The ferry drive is ready 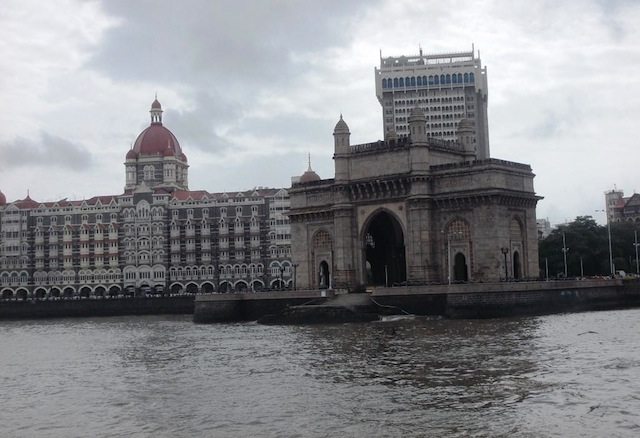 View of Taj and GWoI from Boat

Visiting Hours
People can visit the monument at any time of the day. The best time to visit the Gateway of India is during the period of November to March, as the post-monsoon climate is very pleasant and there are very less chances for downpours at this time.”

After having some photography session we decided for the ferry drive. Ticket cost was Rs. 70 per person. After buying tickets we boarded the motor boat. Attendant was charging Rs.10 Extra per person for roof deck .After paying this forcefully imposed fee we moved to roof deck. In fact most of the passengers were on the roof deck. Ferry started moving away from the land. Weather was very pleasant and the whole sky was filled with clouds and it was slightly windy. Views were exquisite as seen from the boat. After 30 minutes, motor boat returned to the coast. 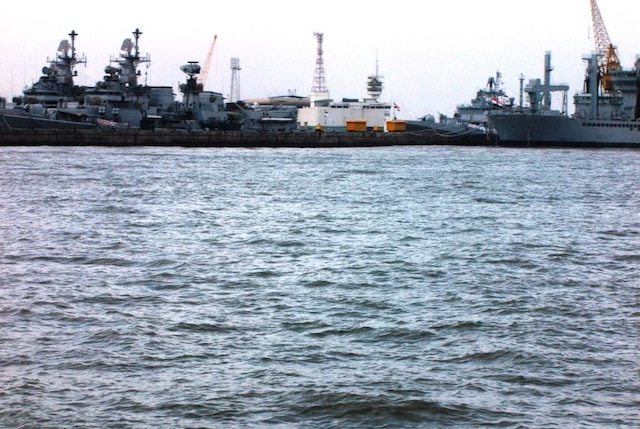 Ships in the sea 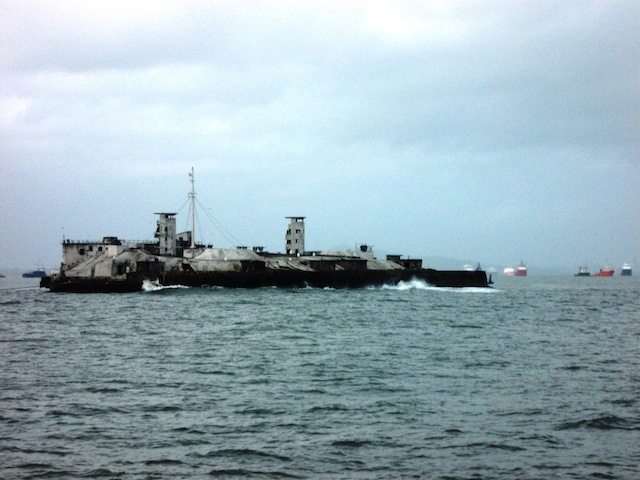 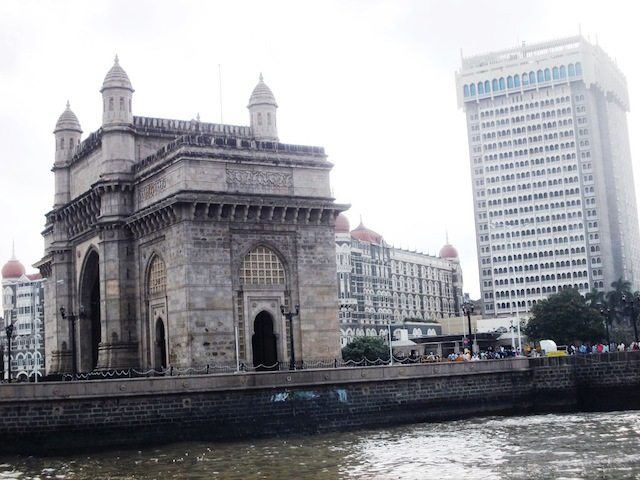 Returning to the bank 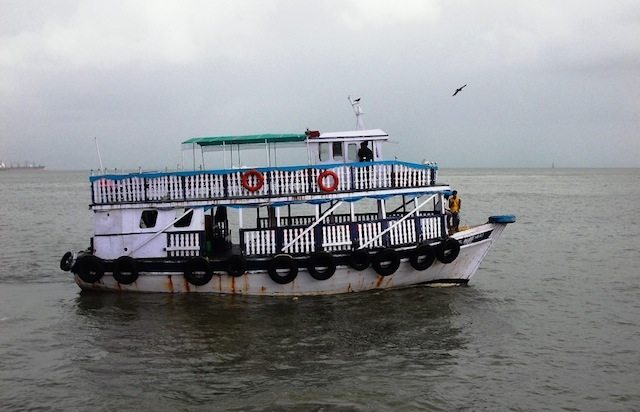 We had decided to stay night at Lonavala, so that some distance between Mumbai and Bhimashanker be covered today itself. We had already checked from internet that trains to Lonavla were available from CST Mumbai and this station is not far away from Gate way of India. Shared taxies were available for Chhatarpati Shivaji Terminal railway station popularly known as CST. Taxi Fare was just Rs. 20 per person. In just 10-15 minutes we reached the CST Railway station. Two trains were available for Lonavla, first at 19:45 and second at 20:22. When we were looking for trains running information, we noticed many posters on which advertisement was like that “A.C. Beds are available in just Rs. 150 per bed. Please contact enquiry.” We decided to look into this option & enquired and came to know that these beds are booked against PNR numbers. We showed them our train tickets and got reply that we are eligible for booking. We decided to stay night here and catch the early morning train Indrayani Express at 05:40.
Dormitory was newly constructed and inaugurated just one month ago by railway minister. Beds and beddings were new. Toilets and washrooms were also very neat and hygienic. Individual Locker was available for each bed. We kept our luggage and bag there and after some rest went to railway restaurant. Thalis were available @ Rs.60. After dinner we came out of the station premises and went for a walk. A lot of hawkers, stall owners had gathered there and were selling their products. Area was full of life. After strolling for one hour and enjoying local snacks we returned to CST and went to our beds.

In next post I will take you to darshans of Bhiashankar Jyotirling. Till then Jai Bhole ki.