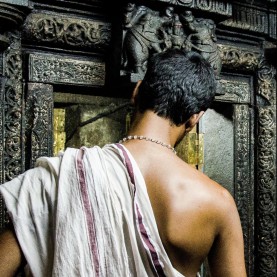 Philadelphia has lots of statues in the parks and roads most of them of historical figures like Presidents and war heroes  specially popular being President Lincoln’s statue on Kelly Drive, I could not take its picture as the bus was moving too fast. But I was able to take picture of the statue of chief justice John Marshall outside the west gate of Franklin Institute. Ever heard of a Judge’s statue in India? If yes please inform me.  There is also a controversial statue of the Italian Stallion Sylvester Stallone as Rocky Balboa a must for movie buffs as the story of Rocky series is in Philly. The guides in the buses were very knowledgeable and were telling a lot of stories about not only the city but also some of the controversies going in the city. The controversy around Ricky’s statue was another one.

The Qutub Shahi tombs have a unique place in the history of Deccan and India as buried here are the rulers of Deccan from 1518, till Aurangzeb captured the Golconda fort by deceit and took the last emperor prisoner and shifted him to Daulatabad. So except for the seventh king Tana Shah (Abdul Hasan Qutub Shah), the previous 6 rulers and other members of the royal family are resting here. F

Indeed a lot of people like to call Alleppey (official name Alappuzha) as the Venice of India. I was in Alleppey last month and was fortunate enough to experience the unique life that people in the area lead.  As there is water ways everywhere of all sizes, people have adapted to the same just like fish to water. We took a few houseboats as well as small boat rides in the backwater and the experience was an eye-opener. Nowhere in India are people so much adapted to a life of using canals and boats in their day to day life as in backwaters of Kerala, which is also the home of famous snake boat race.

Just like you and I will have a bike or a car, almost every house hold in the area will have a small canoe or boat that is used for all day to day activities. Our day started on a small boat and we went to some villages situated on both side of the internal canals. It was a very interesting experience to watch the day to day life in the backwaters of Kerala. Most of the internal canals are not very wide and only small boats can go into them, leaving the bigger houseboats only on the main water ways. As it is difficult to reach these small villages quickly by road transport, people use boats to carry their produce to the main canals, from where trucks come and carry the rice to the wholesaler. This is not only cost effective but also quicker.