As a traveler we want to visit places that we will remain itched in our memories for years to come and we will brag about them to our friends. I have been fortunate to visit many such paces and have had my share of bragging rights and photo albums. But today I am writing about a place that gave me many lessons as a traveler. It is also a reminder of how indifferent we are towards our heritage and don’t understand the importance of our history.

We were in Pondicherry or Puducherry the former colonial French enclave in India, on last day we had a check out around noon from the hotel and a late evening flight from Chennai to Hyderabad. We were wondering what to do for the whole day, so the hotel manager suggested we visit Mahabalipuram and Alamparai fort on the East Coast highway on our way to Chennai. I have always wanted to visit Mahabalipuram, and had never heard of Alamparai fort. So we decided to do both for a few hours each before we reach Chennai.

The hotel manager had not much knowledge about the fort except that it will come before Mahabalipuram. So we decided to give it a shot and left around 10 am so that we can cover both the fort and Mahabalipuram.  The East coast highway is one of the most scenic drives in the country with the Bay of Bengal on one side and green paddy fields or shrimp farms on the other side of the roads. You almost wish that the journey continues on this road and the scenery never ends. 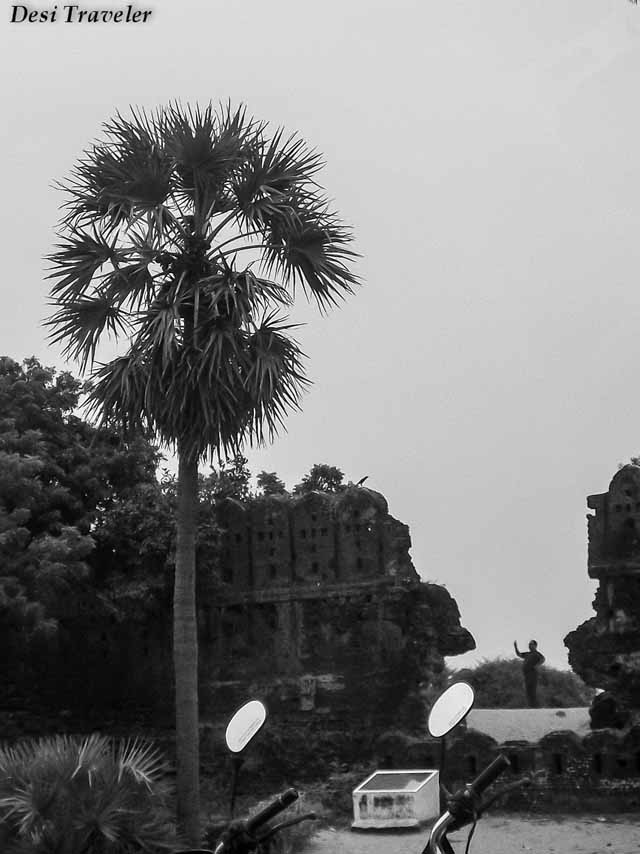 There were no boards on the way to the fort and that should have warned us, but we kept on asking the locals every few kms to directions to the

Finally somebody had heard of the same and gave us direction. There was a very nondescript kind of board on the highway pointing towards Kadapakkam village about the fort. 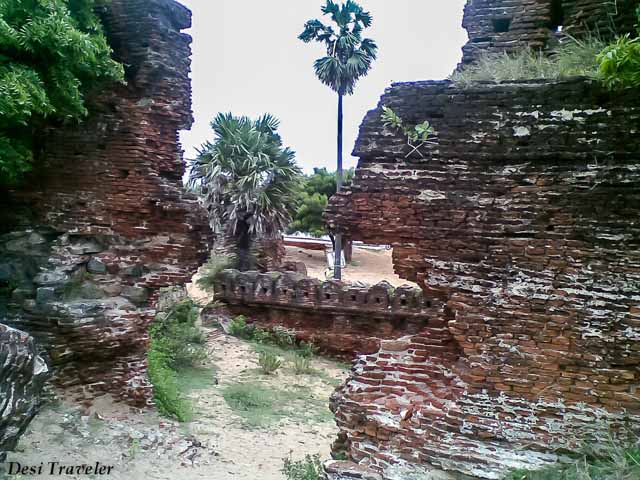 Alamparai Fort -The Entrance is just a hole in wall

The approach was almost like a dirt road through narrow by lanes of a fishing village, but even when we reached the coast in the village there was no sign of the fort. You see when somebody says fort I remember the magnificent Golconda and Bidar Fort or the stories of bravery of Rajput warriors in Ranthambhore Fort.

The Lagoon seen from the Fort 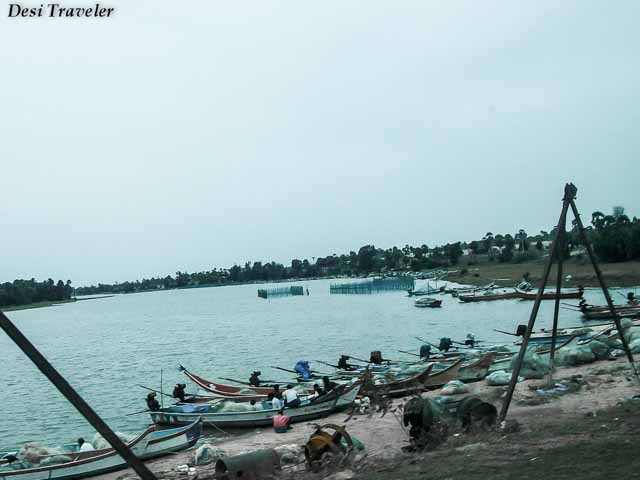 The worst part is that the fort has become a drinking place for unscrupulous elements and broken liquor bottles were everywhere. I realized this only when a 2 inch glass pierced my sandals and my right foot started bleeding profusely. I could not see that a lot of broken glass is buried in the sand and one of those sharp pieces has pierced my sandal and then entered the foot leading to the bleeding.  There was no doctor in the village so we made a hasty retreat in the car towards Mahabalipuram and only after we have traveled about 15 Kilometers on the highway we found a small clinic open where a doctor cleaned the wound and gave me Tetanus injection. The Doctor was a nice gentleman and we started chatting while he was examining the wound. He was surprised we visited the Alamparai fort as it is not very safe place to visit, though some movie shootings have happened there in the past, due to its neglect and all the unscrupulous elements visiting it for drinking it is not very popular even with locals leave aside tourists.After which we continued our journey towards Mahabalipuram where we had a wonderful time, but that is a story for another post.

I am all for visiting places that are not crowded and less touristy but still you want basic infrastructure and safety hence my suggestion is to skip it. We were very sorry at the sorry state of the fort, I would not recommend it unless you are planning to do some photography of ruins and a fishing village, then also I would suggest not to take kids with you and be very careful of your surroundings.

Ruins Of Alamparai Fort on East Coast Highway was last modified: May 6th, 2022 by Prasad Np