In the last post I had left you all with this hummable song, Yaara sili sili. I continue from that note. I had thought the town of Nathdwara not in sense a town but a large village (nondescript type) with a very few facilities there but perhaps I was wrong as the town is a town in a real sense and quite lively one.

On the way to Nathdwara

THE TOWN and THE TEMPLE:

Another view of the road 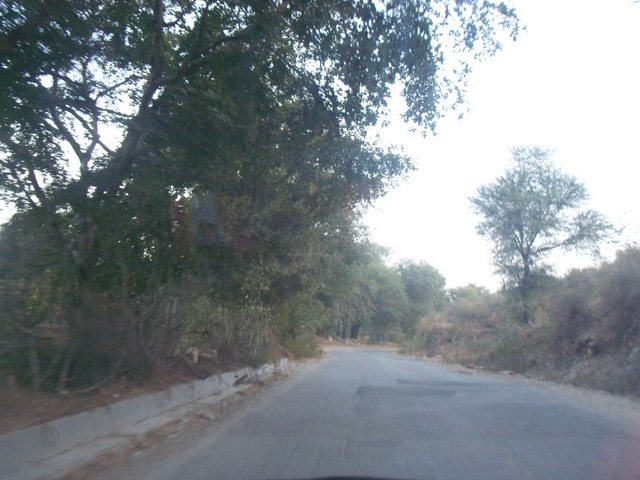 After reaching the town of Nathdwara I noticed a massive Dharamshala on the one side of highway ( Leuve Patel Dharamshala) which was bustling with the pilgrims. This gave me an inkling that the place was very popular with this community.When we go from Haldighati side then a left turn takes  us to the location of temple. When I took that turn, the roads, the streets and the cows roaming on the streets struck me as very similar to that of Mathura- Vrindavan. 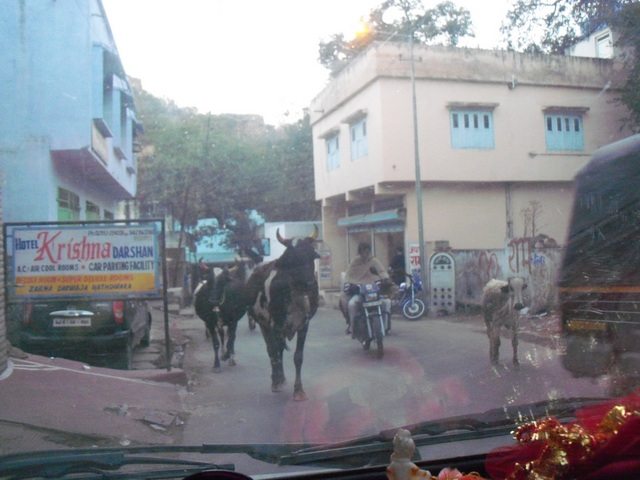 Another similarity was that of existence of Halwai shops in the bustling Bazaar leading to the temple, PANDIT JI KI DUKAAN, RABRI KIDUKAAN, SHUDH MISHTHAN BHANDAR as an example and this thing provides a right ambience to this specific place. 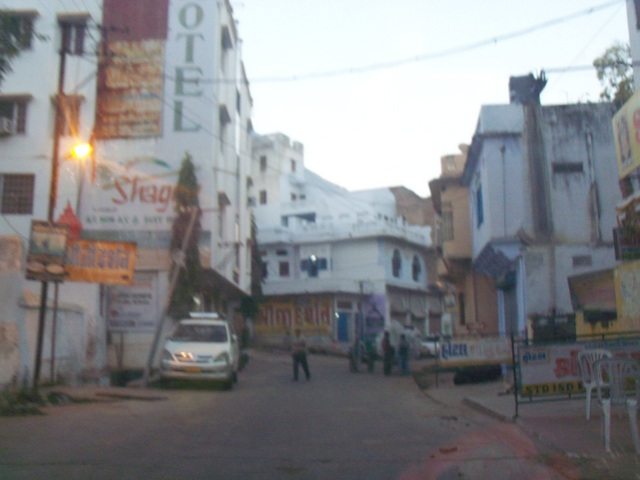 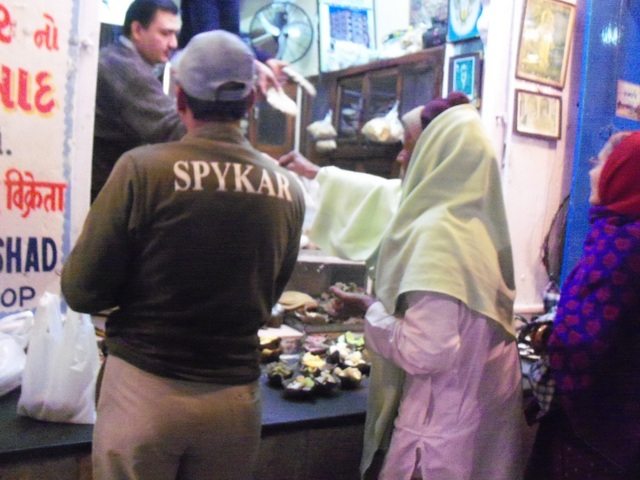 A Prashad selling shop in the Bazzar

I would like to make it clear that I normally visit any religious place as a tourist and not as a pilgrim as for me religion lies elsewhere. But I had wanted to pay obeisance at this temple in a real sense perhaps we had come from far away Punjab.Now I.. tell you about one incident that took place here.

A young boy started following us compelling us to take his service for the Darshan as the temple might be closed any time from now and shall reopen only tomorrow. I had doubts over his intention but his face reflected the genuineness as he was the local lad and I  didn’t know about the exact timings of the temple. So a mini conversation took

place between me and my wife on that issue and his following continued.

myself to my wife: What do you think, should we take his services?
my wife: Nothing doing, aise hi kar raha hai.

The Boy: I am telling the truth sir, temple is going to close down in 5 minutes Hurry up.
my wife: Don,t trust him and step up fast. We shall have our Darshan in the queue.

myself: Let,s take his service its matter of just 100 Rs. Though I am against any kind of such amount, my sixth sense at that time was forcing me to take this decision.

Now we were in the Bazaar bustling with activity. Another feature that we noted was the selling of Bhog laga hua parshad in form of fruit pieces for Rs. 10/ paper plate. We took that also and relished. Myself, Savita and Bhakti wanted to taste some delicacies there and roam about for some time but time was the main constraint……. so not that kind of holiday at Nathdwara.Reached the parking place, sat on our respective places and started our onward journey. Petrol tank was on the verge of emptying itself so  I had a task on my hand. Someone told me that I shall get the fuel at the petrol pump at main bus stand which was about 2 km from the temple  on the highway towards Ajmer. Reached there , fulfilled the demand of my car , took the U-turn towards Udaipur now.  Night was quite dark now and  I knew that I  shall encounter somewhat hilly terrain also after EKLING JI  so wanted to remain within speed limit of 50-60 km/hour at that time. The temple of EKLING JI was abou 20 km from there. We all did’t want to miss the Darshan as we had 2 days ago when the temple was closed. 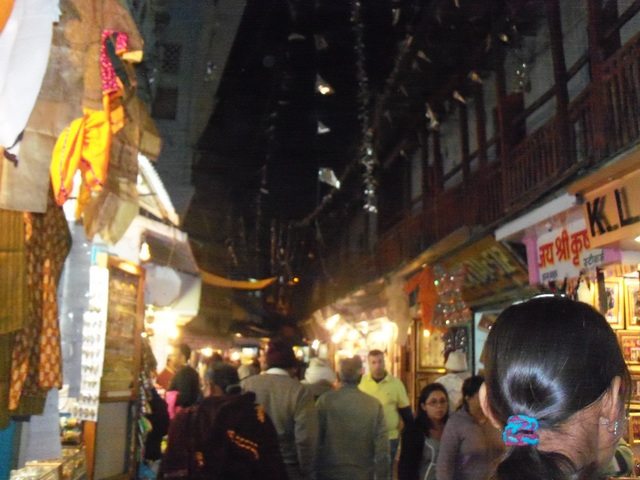 EKLING JI:
Reached there in about half an hour from Nathdwara and when all of us enetered the temple was comples Aarti had just finished and just that worst fear haunted us. We ran towards the Garbha Griha. Amidst the voices of Garland sellers my wife didn,t hear the callimg of security guard there to deposit the purse in the locker. We apologised and alsotold them that the loud yelling of Garland sellers was responsible not ourselves. Any wat we just reached the Sanctum Sanctorum and the Purohit Ji had just finished the Aarti with people chanting: Sethon ka Seth-Sanwariya Seth and Ekling Prabhu ki Jai. As soon as we paid our respect curtains were drawn, so what was that folks? Again a positive sign from the Lord…….. Now I had no tension , just drove at my leasure pace, reached Udaipur, passed Jodhpur Mishthan Bhandar on the way to our hotel, relished on the thali provided by Kailash Dining Hall and lay on our beds with a sad smile on our faces as this was to be last day in Udaipur for that season and especially myself did.nt want to go anywhere else after going to this place. Par Jaana To Padega….

A trip to Mewar – Nathdwara and Ekling Ji was last modified: April 24th, 2021 by Rakesh