Kankaria lakefront being fully relished by us , we had a sound sleep, a plan being already made to visit the famous step well of Adalaj and GandhiNagar next morning primarily to visit AksharaDham temple but also I was curious to observe the capital city from close quarter.

Since ancient times man is very well protected towards water and holds a responsibility towards it not to waste it though the modern man has become apathetic to this commodity, more or less considering it a given necessity . Man had been doing everything in the past to preserve this commodity (precious) and step wells in the arid and semi-arid region of Gujarat and Rajasthan was a common feature due to scarcity of rivers as a perennial source of water like in states of Punjab, Himachal Pradesh etc. Sometimes wells , apart from a source to provide water also acted as an architectural marvel and a place for religious congregation or merriment. Many of the step wells fell in this category and this step well located in the village of ADALAJ is no exception. In Rajasthan the wells are more simpler structures.

During our friendly chit-chat with the Gujarati family at the SwamiNarayan temple, we were duly informed that when we shall go to GandhiNagar, on that way only Adalaj, Vaishno Devi Temple, ISCKON Temple shall come. But as we discovered later o that these landmarks were located on the famous Sarkhej- Gandhinagar highway and not on the way that we took. If seen in a basic parlance the structure at Adalaj can simply be defined as a Baoli located at Adalaj village but the name ADALAJ NI VAV sounds somewhat different to a tourist like me and my subconscious mind takes it to a structure which is always filled with tourists. We reached the place in about 30 minutes from Ahmedabad.

ADALAJ NI VAV:  Adalaj appeared to be a dusty village and from the entry point of the village it never seemed like that the village boasted of such a tourist point. When we reached there , a rusty small gate welcomed us with 2 persons sitting in a corner enjoying their beedi smoking. A small temple is situated before one goes to the main step well structure.

Historically speaking,  construction of this Vav was started by a Vaghela ruler of this are in 1498 and completed by Mahmud Begara , the muslim ruler who ruled over the principality of Ahmedbad. Now , what we all shall be thinking that what happened that a muslim ruler completed the structure started by a Vaghela chieftain of the area to fulfill the need of water for the people of his fiefdom, Was it the harmony among the people of these two religions or something else. Legend says that Mahmud Begara was mesmerised by the beauty of the Queen Roopoba, the wife of the chieftain and had promised to complete the structure if the queen marry the ruler as the Vaghela ruler had died till then. Structure was completed by Mahmud but the queen instead of marrying him, committed suicide by jumping from the uppermost story of this step well. (Sultan Begada is great grandson of Ahmed Shah 1, founder of Ahmedabad and is credited as the founder of cities of Champaner and Junagarh.) He is considered to be having a great appetite as well as aesthetic sense. 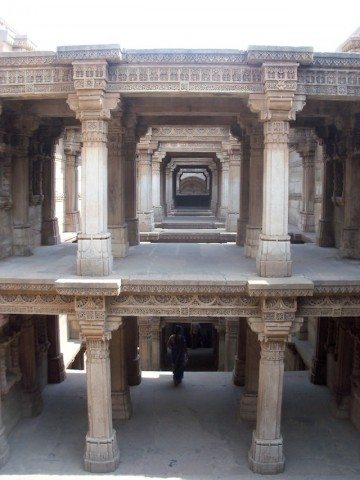 Magnificent platforms built at the Vav 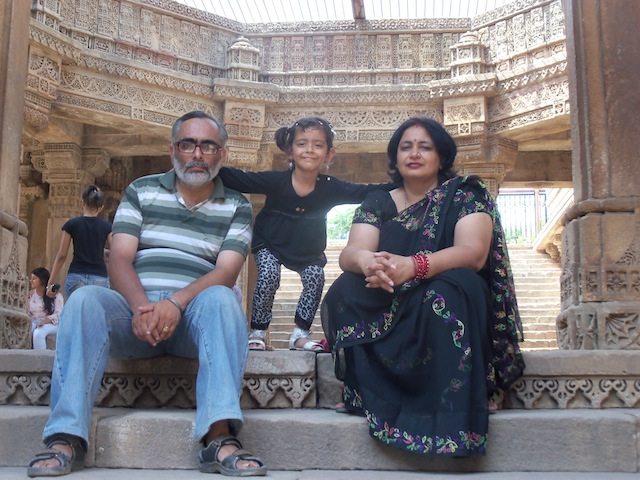 Look at the intricate carvings on the walls

Architecturally speaking, this structure is a 5 storeyed one with its walls adorned by beautiful carvings. The leifmotives on the walls were indicating towards Hindu symbols as well as Muslim symbols that was but natural for this structure as it is indeed a style of Indo-Islamic architecture. Mehrabs are there( a predominantly Islamic point of view), pillars are there (predominantly Hindu point of view) in fact some of the Historians have referred to such step wells as Hindu step-wells. 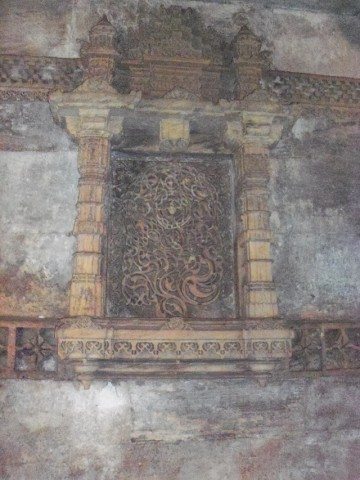 An Islamic feature of architecture 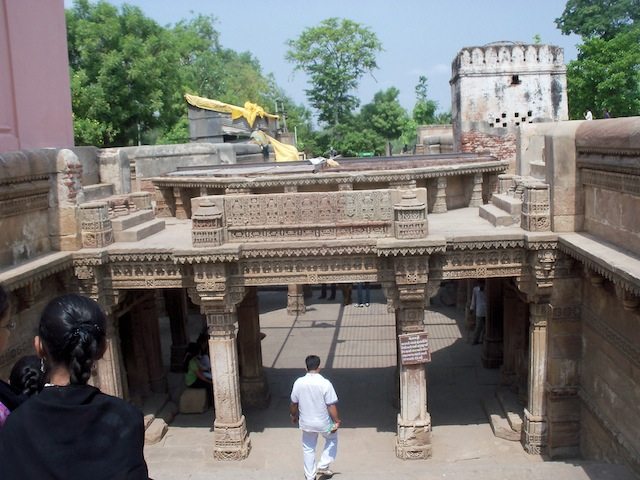 When seen from the topmost story, the Baoli seems to be minuscule and when one reaches the Baoli and look upwards , the structure awes you. I only encountered one tourist family at that particular point of time on a hot day( about 11 A.M)  and a group of young people, may be students (research scholars) who all had got professional cameras with zoom lenses taking even the pictures of minutest of the carvings. Our camera was such a baby in front of these cameras. That group of students ( shayad students hi honge) were very enthusiastic about the whole structure. Outside it was scorching heat and inside this structure it was somewhat dark and pleasant. It is said that a temperature difference of 5 degrees exist (outside and inside) an this was one of the reasons that such structures were built around a simple source of water giving it a feel of passing time in the ancient times and that feel had given a touristic look in the modern times. No air conditioners at that time but believe me more effective than all the coolers and air conditioners of this time and a community gathering in the VAV and a community celebration of the festivals in the VAV might have been thousand times better than watching non ending serials in the name of entertainment . We spent about 1 hour there, customary photo clicking sessions held and there we were out of the building again feeling the power of the Sun God but thank God to neutralize the effect of this heat,  a Rehri wala was there sellning that all powerful anecdote, Nimbu Shikanjavi and Nariyal Paani and across the road was a sugarcane juice stall also. We obliged both. HaHaHaHa…… Had a nice time there but my frank observation was that Government was not doing enough perhaps to preserve these heritage structures. In the wake of development of Gujarat, public relation exercise happens and it creates the buzz of its own and people visit especially the Gujarati Diaspora.

Another look at the Vav 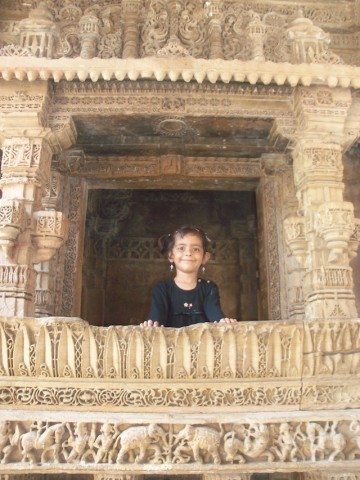 One of the numerous Mehrabs

Kya Sabak Sikha Us Din: A bit more effort can bring more footfalls to structures like this and modern tourist places shall coexist in harmony with these structures (sometimes it does not happen)

I happened to visit Milan for a technical conference for 4 days. When I heard of the impending visit, I was amused that of…