This one is my fifth trip in this year till now. After visiting Mussoorie in August and then Udaipur in September again the travelling insect was activated in me. But the point was which destination. We were in no mood to visit a hill station as we had covered one just a month ago. So this time decided to visit South India. But in South , this time we decided to visit Vizag a place less visited by Tourists. Actually my uncle lives there , so accomodation was no problem. The time of our visit was the Common Wealth Games Holidays in Delhi. During the CWG holidays all the Delhi people were moving towards hill stations. We knew that the hill stations would be choked with people. That is why we finalized the destination to a less crowded place.We had booked our flight tickets a month in advance. The Date to leave was 7th Oct. Me along with my parents boarded the flight at 12 Pm. The flight duration was 3 hrs 40 min.

Visakhapatnam ( Vizag ) is a major port and the second largest city in the state of Andhra Pradesh on the east coast of India. It is around 1900 Km from New Delhi and around 600 Km from Hyderabad.The city is nestled among the hills of the Eastern Ghats and faces the Bay of Bengal to the east. It is also home to the Eastern Naval Command of the Indian Navy.Visakhapatnam was ruled by King Visakha Varma during BC’s, according to Hindu Puranams. Another story of this place is it was named after the deity of valour, the second son of Lord Shiva.The major language spoken here is Telugu.

After we reached there, we took a taxi and went to our uncle’s house. It was at the Beach Road. There were Appartments just like in Delhi. The flat was at the Fifth floor. The roads in Vizag were very clean . That day we just rested in the house. The next morning when we got up , first we did breakfast which was the typical South Indian Food – Idli and Dosa, different from our typical North Indian breakfast (Paranthas). But this change was really very refreshing. After this we got ready and the first place we visited was the Beach Road. Actually this Beach Road connects the whole Vizag City.

Vizag has a range of tourist attractions including beaches, cliffs, parks on the hilltop facing the sea, long drives along the beautiful beach road, a zoological park and wildlife sanctuary, a submarine museum, hill stations, limestone caves, mountain ranges and colourful valleys. Bhimili-Vizag beach Road, 30 km long, offers one of the best views of the sea, sand, hills and greenery. Many parks are constructed adjacent to this road. This road is called as the Beach Road because next to the road RK Beach is located.The Beach Road from East point colony to Coastal battery is studded with parks, statues, etc., is a favorite evening gathering point

What I liked about the RK Beach is that the beach is really very clean and not very conjusted with people. One can find many eating joints along the beach. We roamed along the beach till evening. It was really looking like a picnic spot in the evening full of families enjoying. There is another beach – Rushikonda Beach, 6 km away from Vizag city.

A cute statue at the RK Beach

After roaming along side the beach , we went to a hotel for dinner. Dosa , Utpam the South Indian food was really different. The food there was also not very expensive. We came back to their house at night. The next Day we woke up and we planned to visit Kailashgiri.
Kailashagiri is a park developed by VUDA ( Visakhapatnam Urban Development Authority)on a hilltop adjacent to the sea offers views of the Bay of Bengal, Vizag city and the Eastern Ghats. A ropeway connects this park from the bottom of the hill. 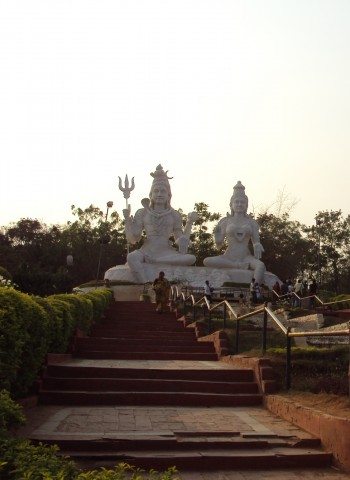 View from the top of Kailashgiri

Then we went to India’s only submarine museum, INS Kursura, as well as the Visakha museum which is located along side of the road. 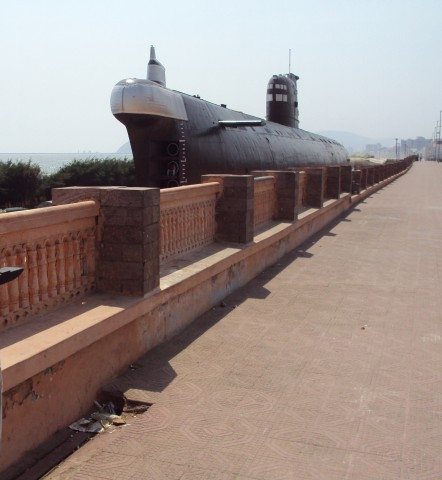 Many battles have been fought in the city during such conflicts as World War II, the Indo-Pakistani War of 1971 and the Bangladesh Liberation War. Pakistan sent its submarine, PNS Ghazi to destroy India’s only aircraft carrier. The submarine sank off the coast .The remnants of the submarine is shown in the above pic. 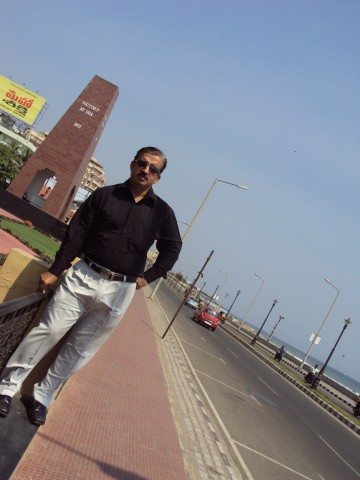 My Uncle posing before the Victory At Sea 1971

Then we went to Tenneti park beach park which is constructed on the cliff of Kailashagiri. There are several points from which the beautiful rocky beach beneath can be seen. 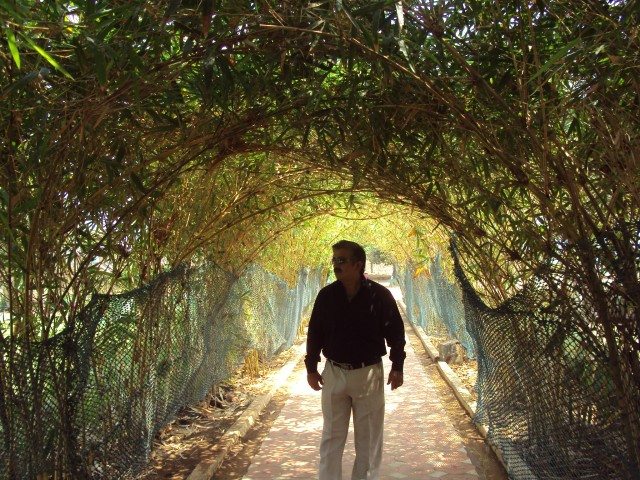 Posing in the Park

Till this time it was night. We again came back. The next day we went to the local market for some shopping. This was the third and the last day of our trip. The roads were really very clean and not much conjested. 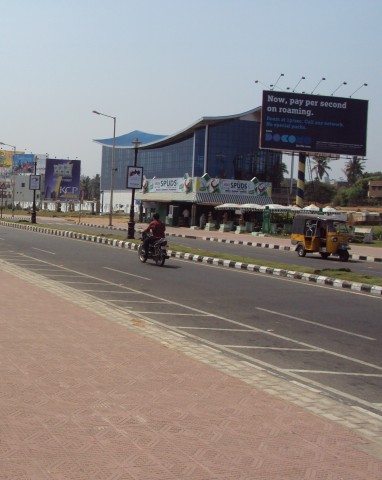 The Clean and Green Roads

The other picnic spots of Vizag which we could not cover are –
1. Simhachalam – It is a hill shrine of Lord Narasimha 16 km north of the city. The beautifully carved 16-pillared Natya mantapa and the 96-pillared Kalyana mandapa are highlights at the Simhachalam temple.

3. Araku Valley – It is a pleasant hill station at an elevation of over 1000 m. famous for its scenic gardens, valleys, waterfalls and streams. It is located aroun 112 Km from Vizag City. 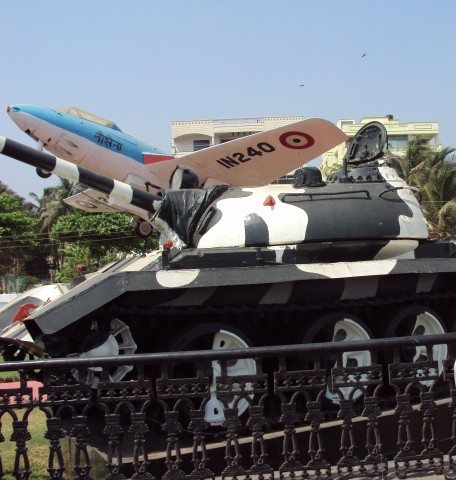 A Tanker and an Aircraft at the Beach Road

Posing with the Fairy Queens

The next day we boarded our flight to Delhi . A beautiful journey ended. Vizag is really a very clean , calm and a colourful city. 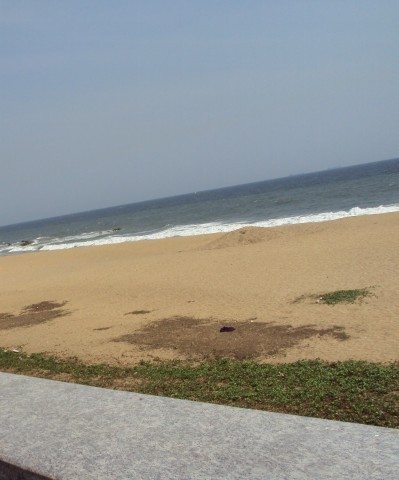