It was 9 Sep 2010, the day i got back to office after a great trip to Hemkund Sahib, Valley of Flowers, Badrinath and Mana. I was sitting in my chair, facing the computer screen when my manager called me to his cabin. He told me that i had to go to Udaipur on 14 Sep 2010 for participating in an event that was being organized by our company from 16 – 18 Sep 2010. As he was telling me my roles and responsibilities for the event, i was thanking him with all my heart for sending me to Udaipur. I came out of his cabin and shared the news with my friends cum colleagues Sakshi & Vaibhav. I was happy and i remember that i couldn’t stop smiling for the entire day.

It was 6 pm on a fine September evening, everything was organized and i was standing on the platform at Hazrat Nizamuddin Station, New Delhi waiting for the train to come… 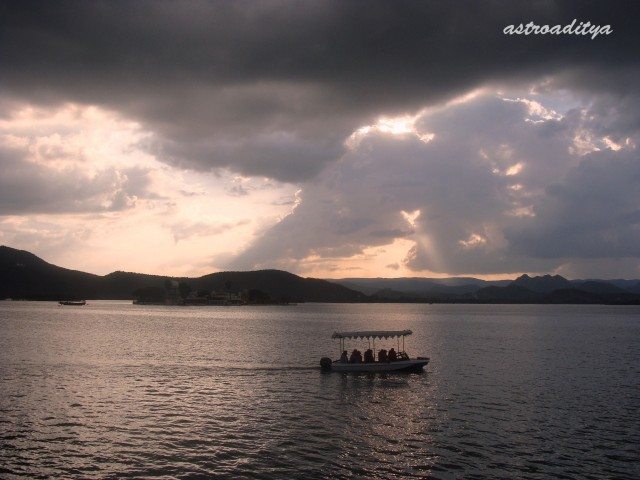 My ticket was booked in Mewar Express which was scheduled to leave from Hazrat Nizamuddin Station at 7 pm and i along with other passengers (most of them foreigners) boarded the train. I located my seat and was surprised to see the interiors and the cleanliness in the coach. I got comfortable and soon i was on my way to Udaipur.

It was 6.30 a.m when i got up with the sound of the alarm. Udaipur City was the last station scheduled to arrive at 7.20 am, i checked my location on the GPS and then the train route page and as i thought the train was running on right time. I stayed in my upper berth and soon the train stopped at the Udaipur Railway Station. All the passengers started leaving and i came down from my berth, organized my luggage and was all set to leave when i noticed that a foreigner, who was sharing the cabin and on the lower berth was still asleep. I  shook her and she got up in a flash, i told her to get off the train as our train had arrived in Udaipur. She smiled and thanked me and i was off the train. My room was booked in the Hotel Inder Residency, a 5 star property where most of the events were scheduled. 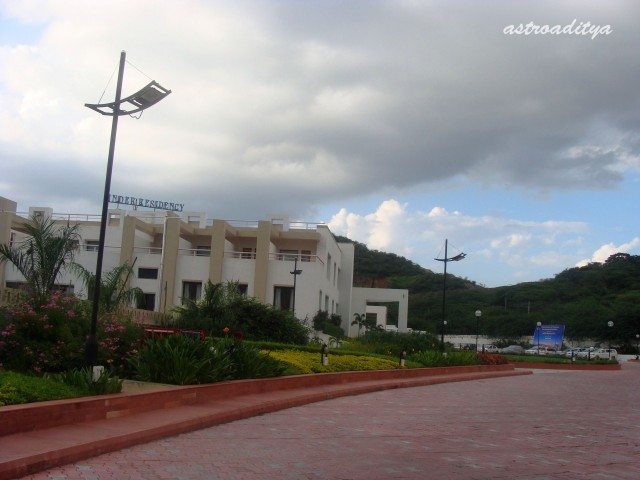 I met my colleagues in the Hotel and checked into my room. What followed next was a day long work session but a free evening as i thought it would be. I sensed an opportunity and after 20 mins, i was standing in front of the famous lake Pichola.

Why Udaipur is referred to as the Venice of the East ?

Why it is known as the Most Romantic City of India?

Why people refer to it as the Kashmir of Rajasthan?

All these questions were making sense now. I always heard people appreciating the beauty of Udaipur. But that evening, God conveyed the same though his live canvas. The mountains, the lake, jag mandir on an island, a boat, clouds and a Heart formation with the sunlight coming through. The moment was right there. My purpose of coming to Udaipur was fulfilled in that very moment.

A call from one of my colleague got me out of the trance that i was in as he wanted me back in the hotel to finish off a work thing. 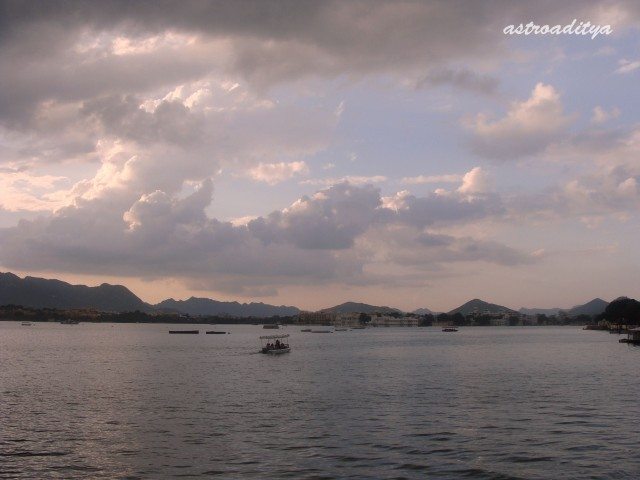 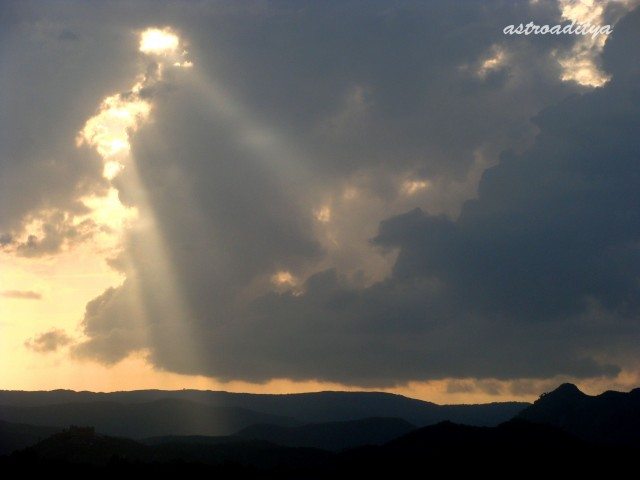 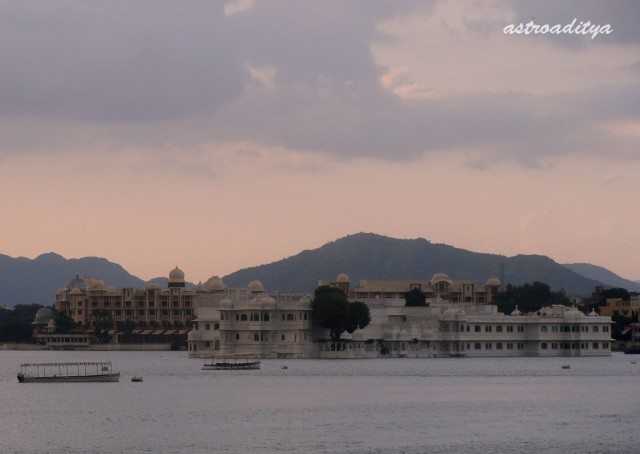 I got so busy in the conference going on that i didn’t get any time to roam around Udaipur in the last couple of days. My life was only limited to the hotel and only once i got out of the hotel, just to go to another one – The Sheraton for the Bollywood Nite.

The moment i was waiting for had arrived as we came to an end of the conference on Saturday evening. My train ticket was booked  in Chetak Express which was scheduled to leave at 5.20 pm on Sunday. So i had entire 24 hours to roam around Udaipur, i bid adieu to my colleagues present in  the hotel and went to my first destination for the evening – Lake Pichola and Ropeway. Ropeway in Udaipur connects the Doodh Talai gardens to the Karni Mata temple situated atop a hill from where one can enjoy the  panoramic view of Udaipur City at one end and on the other the beautiful sunset at Lake Pichola. I spent a quality time atop the hill feeling the cool breeze witnessing a grand spectacle of the colors unleashing in front of my eyes. 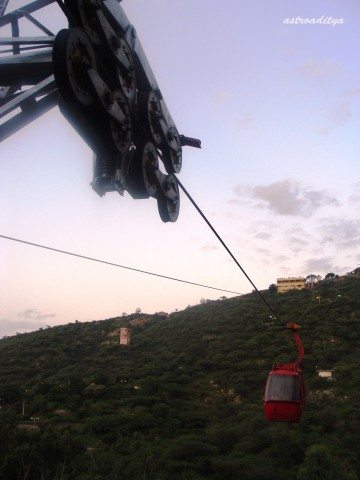 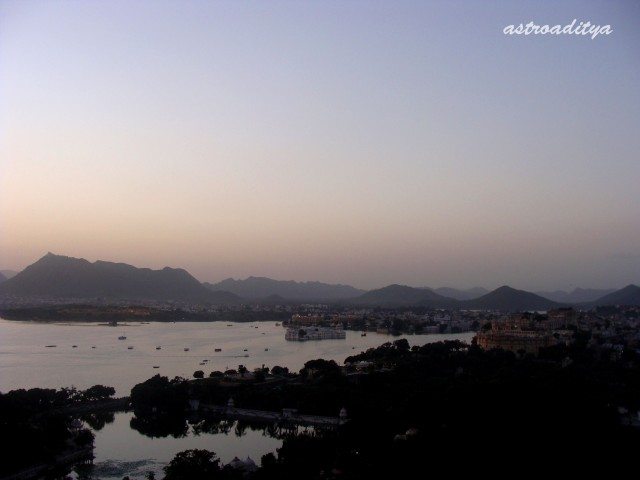 On the way Up 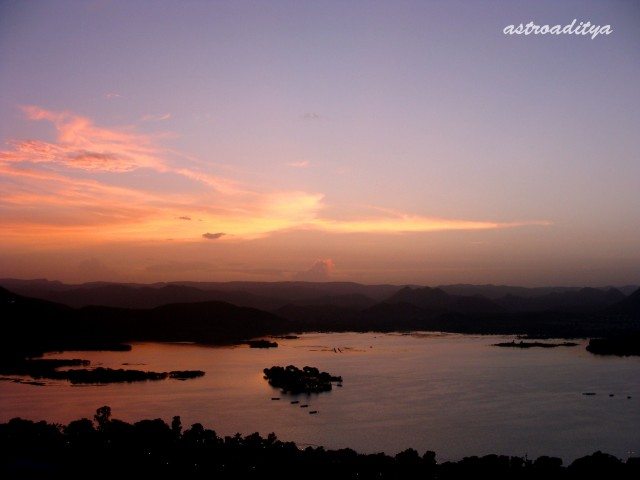 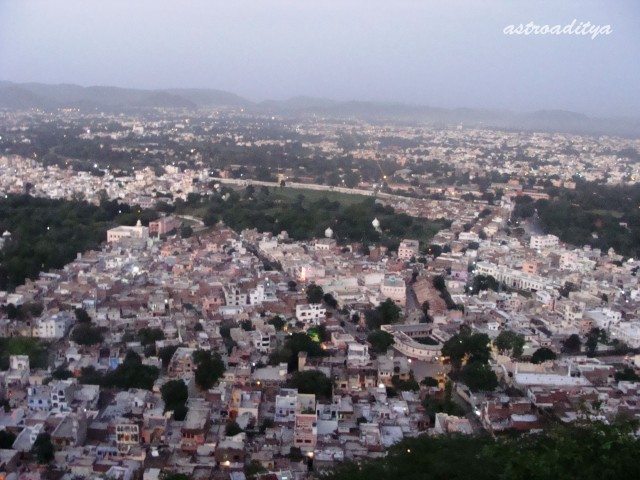 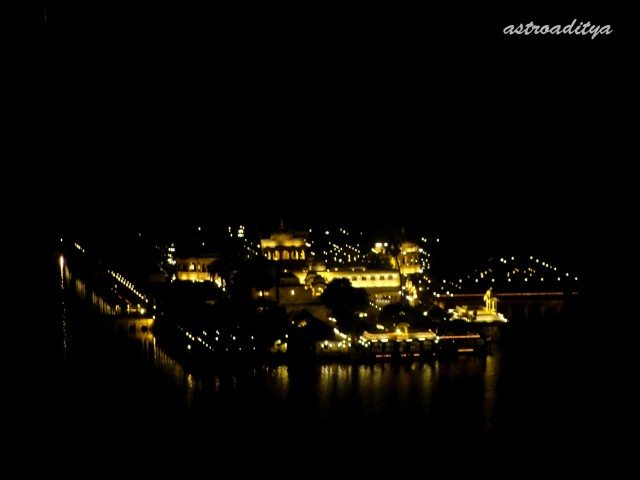 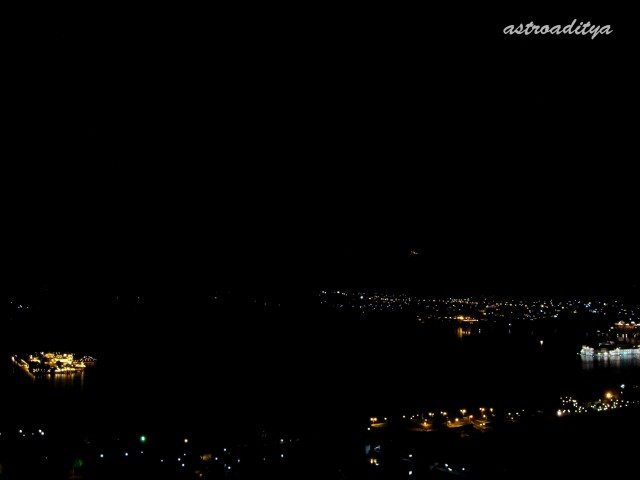 After spending close to 2 hours atop the hill i took the tram back to the Doodh Talai gardens, then i went straight to the Fateh Sagar Lake, where a huge crowd had gathered as the authorities opened the gates of the Fateh Sagar Lake and the excessive water in the Fateh Sagar was shifted to the connecting lake. It was a rare occasion for the people of Udaipur. All thanks to the good monsoon showers in the year 2010. 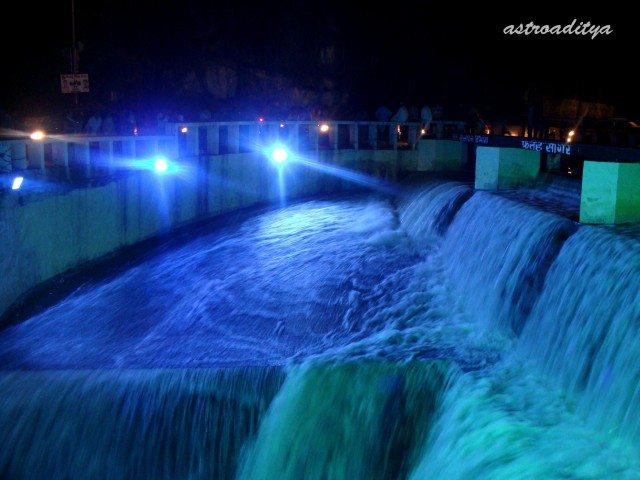 And finally my day ended so as to recharge my batteries for Sunday and for a day long excursion to the Jagdish Temple and the City Palace…..

Today India is a vibrant Nation. However, we tend to take many things for granted. In our normal day to day, routine life we hardly remember them who sacrificed their life to free our motherland. On our 66th years of Independence, let’s make a resolution to make India beautiful and fight against terrorism, anti-social elements, corruptions…each one of us can make a difference.