A short business trip to Kolkata brought me face to face with the inner tranquility everyone aspires to experience. A four day trip to North of Kolkata rejoicing in the warmth and pre-celebration of forthcoming “Durga Pujo” was indeed extremely alluring with discounts on shop fronts, ethnic Bengali music, jovial people and beautiful decorations across streets and malls. 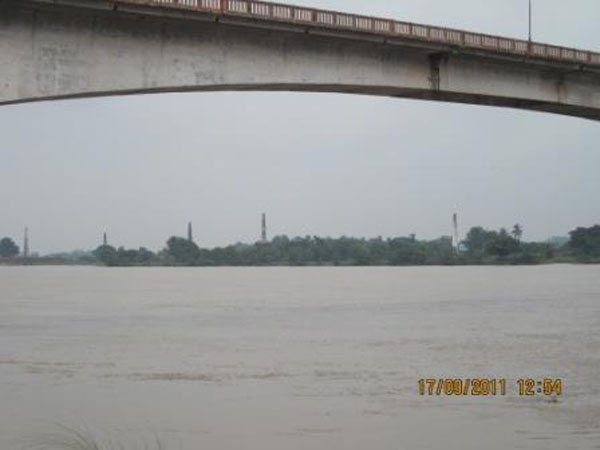 Since my brother stayed in Kalyani, we had to take a two hour long journey from Hyatt, Salt Lake to Kalyani which was the one and only bitter experience as the roads were in mess due to heavy rains, on a lighter note, as my brother commented travelling on the road in a Xylo was comparable to a boat ride in the river Hoogly, swaying and swirling along the potholes brimming with water! 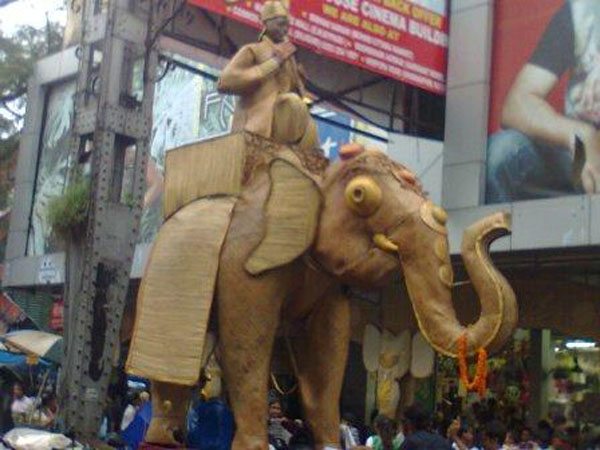 The first day was a family re-union, with the typical Bengali delicacies on platter for dinner, which we Bengalis really miss here in Delhi. 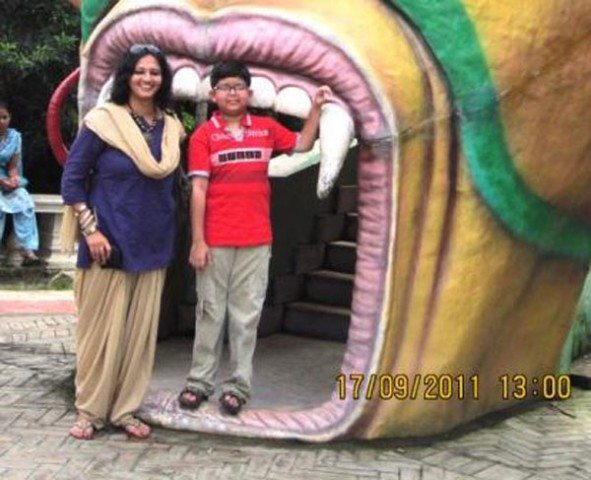 Next day morning we decided to travel to a park built on the bank of Hoogly river- Triveni Park. 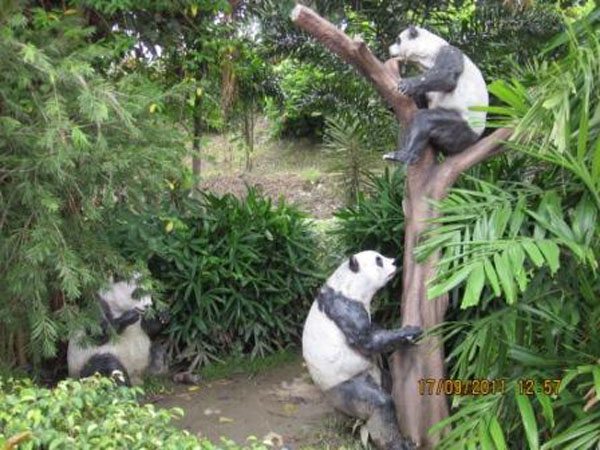 Some of the most charming sights included the white-grey Hoogly that flows with great speed, the amazing sculpture made from a tree trunk and the animal mannequins to entice children.

Although short yet exhilarating, this route lets one witness the soothing “Kaash” crop fields which have stirred the fancies of many a poets and painters, the vibrant Hoogly which epitomized the strength and beauty of nature, the long welcoming roads and effulgent people with ethnic Bengali attire reveling in the joy of the upcoming pujos which are a “phenomena” in West Bengal.

Due to dearth of time the third day we could manage to visit the most revered Goddess, Mother Kali’s abode in Dakshineshwar and subsequently Belur Math, an archeological marvel since time immemorial.
The famous Dakshineswar temple was founded by Rani Rashmoni following a dream she saw when she was about to elicit her pilgrimage to Benaras. Being a strong headed woman who lived through after her husband’s death Rani Rosmoni was highly spiritual and took over the responsibility of building this abode for Ma Kali all by herself. On the auspicious day of May 31, 1855 the idol of Ma Kali was installed with much fervor and celebration. Soon Ramkumar Chattopadhayay, Sri Ramkrishna’s elder brother was appointed as the head priest of the temple. Subsequent to his brother’s death Sri Ramkrishna, one of the most exalted saint of Bengal, was appointed as the head priest within an year. From here on started the journey of the most venerated son of Bengal, Sri Ramkrishna who was believed to be an incarnation of Lord Vishnu. Soon Sri Ramkrishna was enlightened by visions of Ma Kali and it is said that Sri Ramkrishna and Ma Sharda Devi, his spritiual consort, often saw and spoke with Goddess Kali. 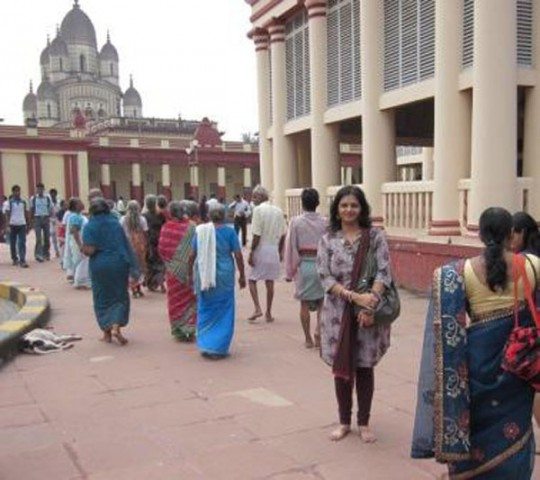 The Dakshineshwar temple comprises of shrines of Ma Kali in the center, 12 identical Lord Shiva temples along the bank of river Ganga facing east housing 12 identical “shivlingas” based on “Aat Chala” bengal architecture, and the Lord Vishnu temple in the north east of the complex. It is indeed a privilege to be able to enter the shrine and see for oneself the idol of Goddess Kali which exuberates strength and benevolence simultaneously. Photography is strictly prohibited in the complex which naturally dampens ones spirits however the calm and peace one’s soul experiences with the mere sight of Ma Kali is exceptional.

Just opposite to Dakshineshwar temple across the river Hoogly is the 40 acre campus of Belūr Maṭh, the headquarters of the Ramkrishna Math and Mission, founded by Swami Vivekananda, a chief disciple of Sri Ramakrishna Paramhamsa.

The temple is an exquisite piece of art and is highly acclaimed for its architecture which is a fusion of Hindu, Christian and Islamic art thus symbolizing unity of religions. The foundation of the temple was laid on May 16, 1935.The complex includes temples dedicated to Sri Ramkrishna, Ma Sharda Devi, Swami Vivekanda in which their relics are enshrined. Besides, a museum which contains articles relating to Sri Ramkrishana math and mission, a library and vast green stretches of well groomed parks overlooking the Ganga are equally pleasant to one’s eyes as soothing to one’s soul. The Sri Ramkrishna temple, thronged by thousands of devotees, resembles a temple, mosque and a church from different views signifys the union of all religions. It is prohibited to talk inside the chamber and the full size marble statue of the holy saint sitting on a hundred petalled lotus is unveiled for “darshan” till about 12 pm and later on from 4pm. 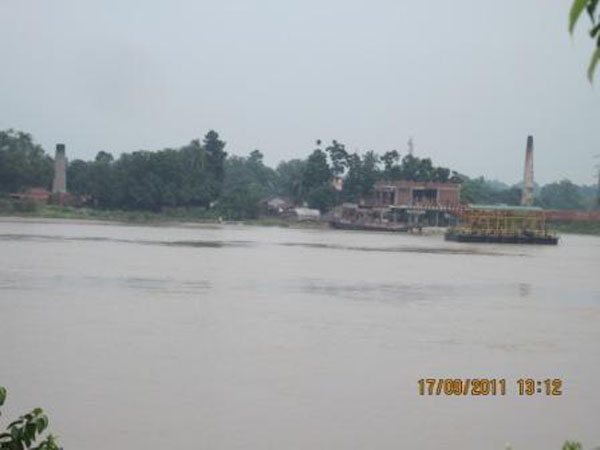 The splendor of both the Dakshineshwar temple and Belur Math is extremely enthralling and cannot be baroqued in words but experienced only when one visits these divine temples and complexes oneself. With a desire in my heart to visit this beautiful heart- warming and vivacious place called “West Bengal” again i left for Delhi rejuvenated and refreshed.

Kashid has been a long awaiting trip for me. Ever seen I saw pictures of the long winding roads leading to the beach and…