Bhutan had been on our travel list since a longtime for being a country with a high happy quotient, serene landscapes and proximity to India.

Some planning and prompt service by Make My Trip made the trip quite an experience! By the time we knew we had packed our bags and headed for our flight to Bhutan. Since there is a restriction on the number of tourists visiting Bhutan, things need to be planned well. All said and done, the moment we landed in Bhutan the first thing that caught our eye was the sky which looked so clear azure; a striking contrast to our Gurgaon sky! 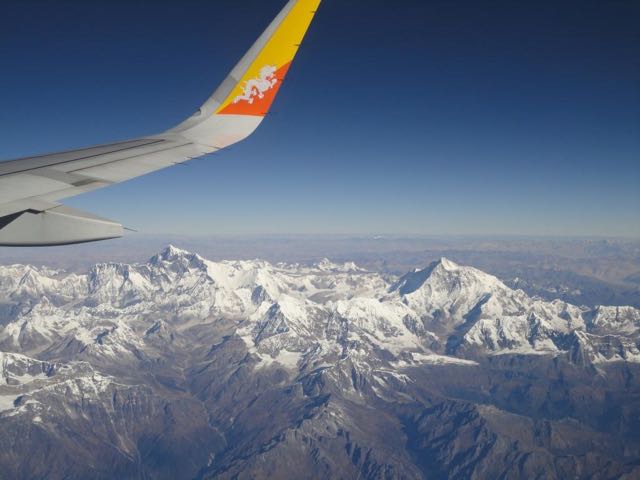 While we picked our bags from the cargo belt, our MMT agent was waiting outside for the pickup. We were welcomed well with grand cars, drivers and guide. We were briefed on the trip and dropped at Thimpu our first destination from Paro(where the airport is located). A journey of about an hour winding through empty roads admiring the city in general, being narrated anecdotes on the culture of Bhutanese people by the driver we reached our hotel in Thimpu, Hotel Gakyil. Tired enough, we had our dinner and woke up to an early morning.

The food in Bhutan will not be as appealing to the Indian palate, although being in Bhutan; Indians will definitely feel at home. The food choices, the use of Indian currency, Hindi television channels, use of Hindi language and listening to Hindi music is quite natural and habitual here.

After the breakfast we started our city trip with the first destination being National Textile Museum. 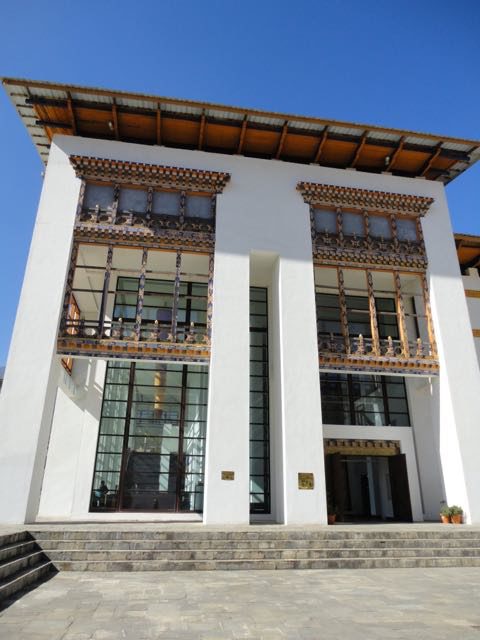 An elegant building that welcomes visitors with a short video detailing the origin of specific textiles; region wise segregation and spinning methodologies adopted to weave the traditional clothes of women “Kira” and men “Gho”. 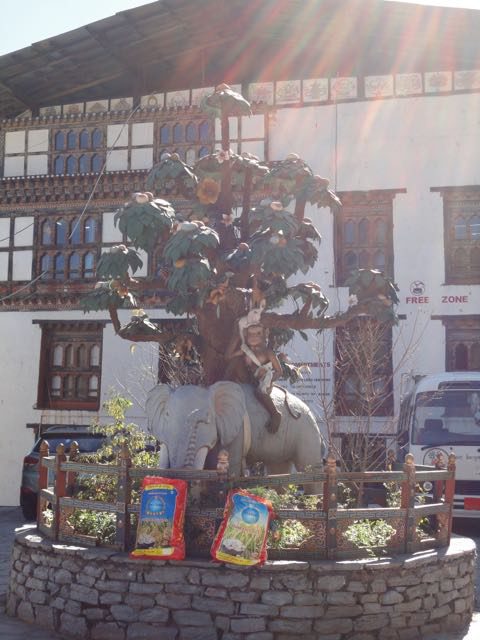 Our next destination was the Institute of Zorig Chusum where students are trained in various traditional arts for 6 years be it painting, sculpture, weaving etc. Children subsequently graduate and thus contribute to taking the traditions of Bhutan to greater heights in the world arena. 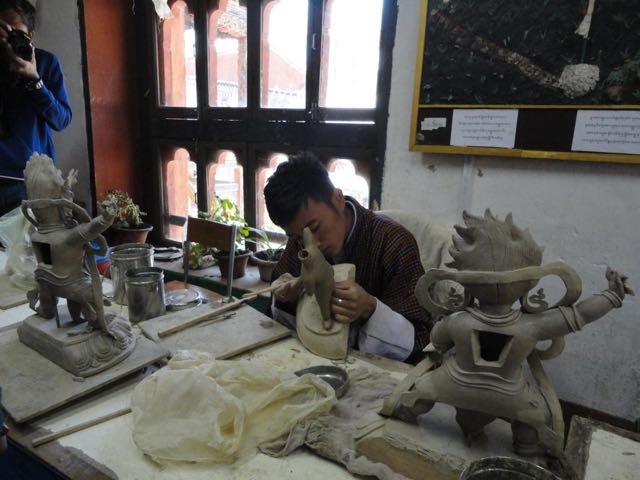 A refreshing break was the visit to the Mothithang Takin Preserve, an enclosure that houses the national animal of Bhutan, the Takin. 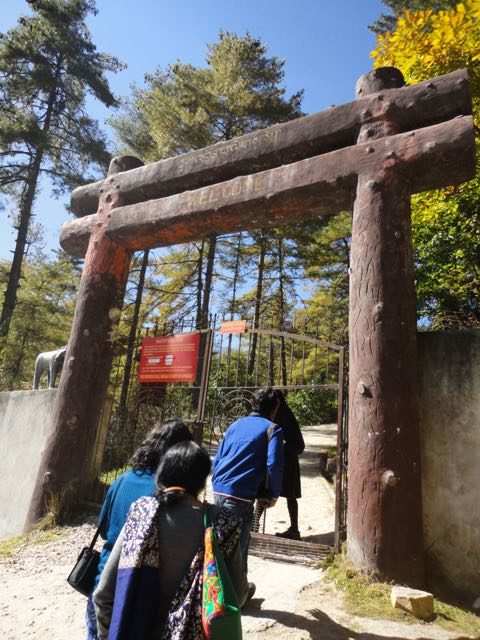 On the first look Takins will look like a cross between a goat and cow. Not literally so, the guide did actually post us on the age old story of how goats and cows appeased the local God. 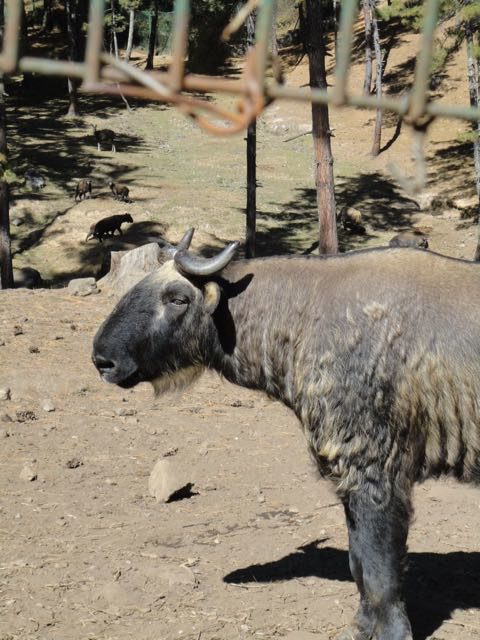 After meeting with the national animal which roamed freely some years back but is categorized as near extinct, we had our lunch and headed for the King’s memorial Chorten.

The memorial was constructed by the third king of Bhutan, His Majesty Jigme Dorji Wangchuk revered as the “Father of modern Bhutan”. The place is thronged by young and old people alike circumambulating and chanting mantras by use of beads or prayer wheel. Here one can also witness the idol of the “wish fulfilling” Goddess.

Enroute one can also take a view of the entire Thimpu city, with the legislative buildings surrounding the humble palace of the current king His Highness Chhoetse Penlop Jigme Khesar Namgyal Wangchuck. 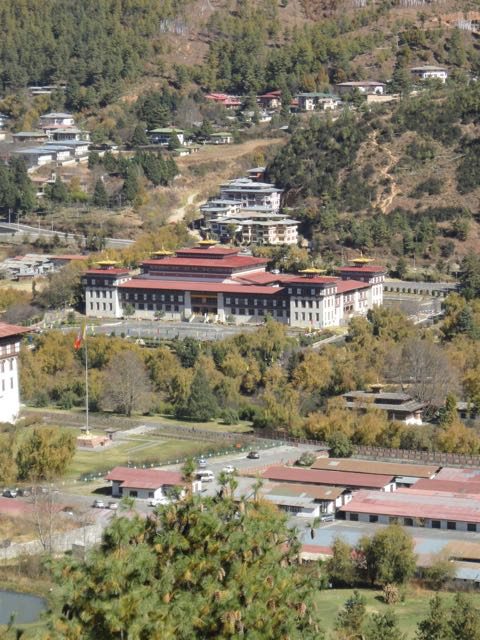 Awestruck by the immense gold color Buddha statue from almost entire Thimpu we drove to the Buddha Dordenma. The magnificence of the statue in itself will make one feel the triviality of us humans in this cosmos. The calming ambience enhances the feeling even more.

The walls all around adorned with sculptures of horses, elephants, Garuda devta house the monastery which holds within itself numerous Buddha gold/ bronze statues, 8”to 12” height donated by believers. In the center of the temple stand tall 4 Buddha idols one overlooking in each direction. The entire atmosphere felt immensely pristine and soothing. 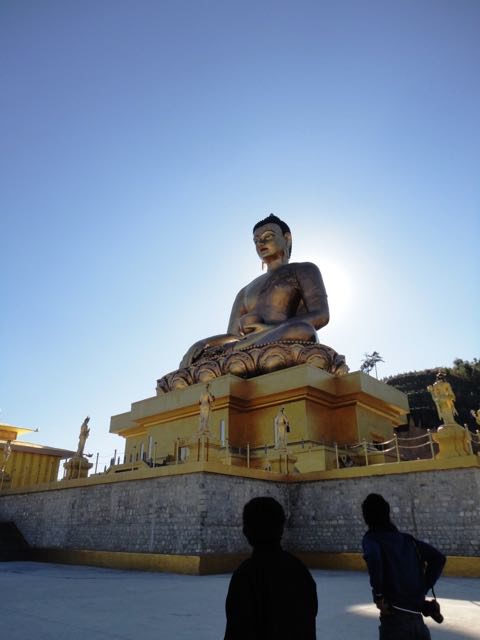 After a mild dinner we retreated to our rooms to plan the next day. 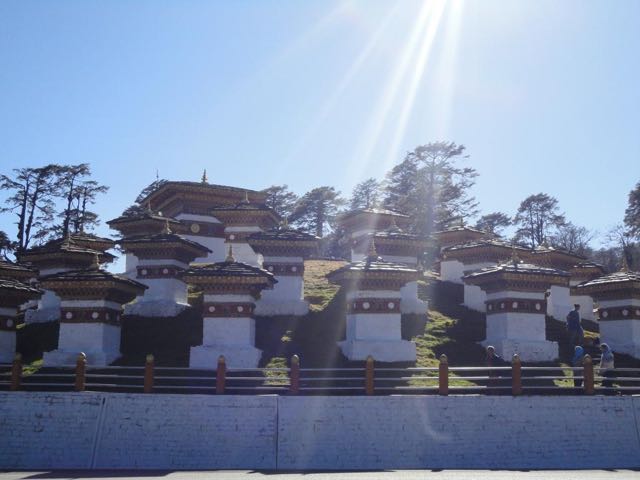 The next day was specifically allotted to visiting Dochula Pass at a height of 3100m. The exquisite structure which consists of 108 stupas overlooking the Himalayan ranges was built in memory of Bhutanese soldiers killed during the 2003 war against insurgents from India.

While detouring from Dochula Pass and before touching Punakha is the Chimi Lhakhang or the Fertility temple. Bhutanese culture has stories galore that depict the victory of good over evil, or more specifically demons subdued by monks or reincarnations of the Buddha. 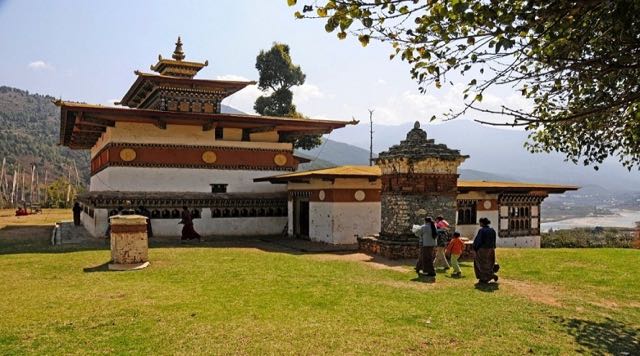 This temple is also referred to as the temple of the old madman, an incarnation who refused to go by worldly ways, drank wine, sang songs and subdued the demon with his thunderbolt. The temple is thronged by childless mothers who are blessed by children quite soon.

Early next morning, we embarked upon our journey to Punakha, our second destination, a drive of 75 kms. It took us 3 hours to reach Punakha through meandering roads and varying altitudes. We reached the majestically located Punakha Dzong situated at the confluence of the male and female rivers addressed as Pho Chhu(father) and Mo Chhu(mother) rivers. 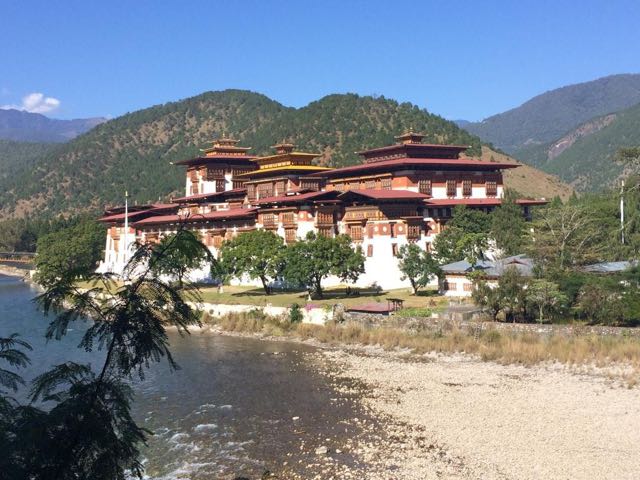 The dzong or the fortress is reached by crossing an ancient wooden bridge. It was constructed was Ngawang Namgyal and was the administrative center till 1955 before Thimpu was declared the capital city of Bhutan. The architecture on the arches and pillars and intricate workmanship is captivating. If fortunate enough one can be lucky enough to sit and listen to the prayers and chants being performed inside the dzong where the Buddha idol resides.

After a soothing experience we reached our resort Damchen Resort, a sprawling property by the bank of the rivers. 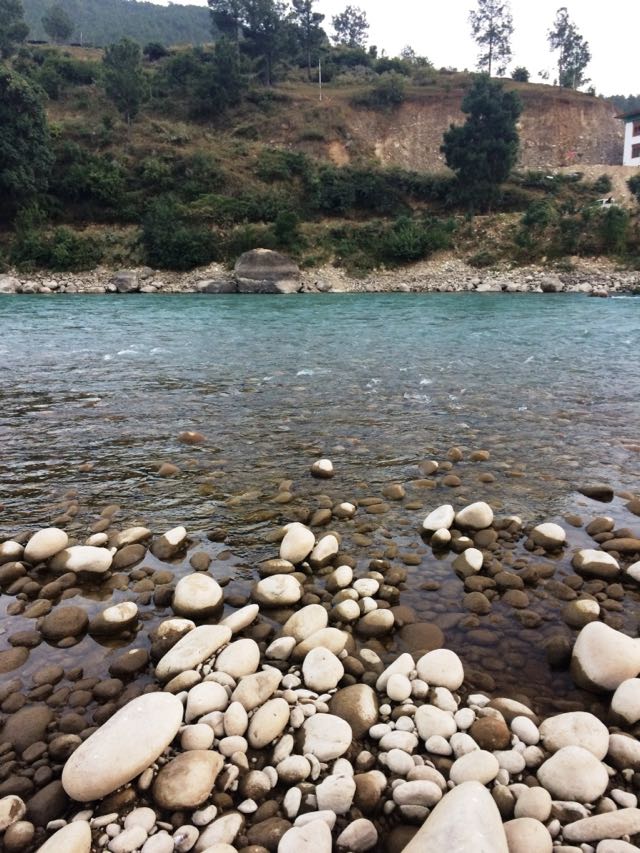 The evening was quite relaxing sitting by the bank and losing oneself in the ethereal beauty of the place. We were humbled to receive an invitation of the dinner by the local governor, district magistrate and SP where we were briefed upon the local cuisines, politics and traditions of Bhutan.

The night was spent watching Hindi songs and dance performed by the locals. Never did we feel we were not in India! Infact it was even more entertaining to watch Bhutanese nationals sing and dance to Indian tunes.

The next day when I opened my eyes, I noticed that Papa and Mummy were not there and Chhoti Nani was with us. Nani…