UTTRAKHAND became the 27th state of India in Nov.2000.The provisional capital of Uttrakhand is Dehradun. It is also known as Dev Bhumi (Land of God) because of multiple Hindu Pilgrimages. 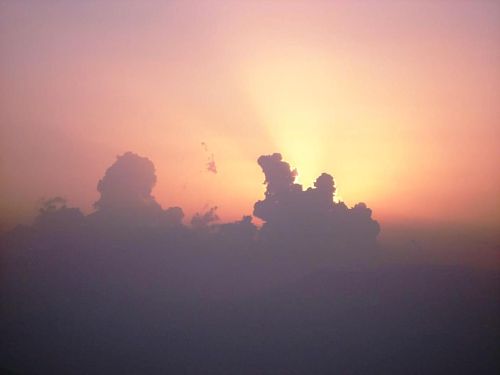 We left Gurgaon for Haridwar on 07th Oct. 2008 at 9.00 pm & reached there by 3.00 AM. Just want to inform that in Garhwal Region the better options for staying is GMVN Hotels , room are spacious , clean & reasonable. But to book the GMVN Hotels, the only option is online booking.

After having our Breakfast in GMVN Restaurant we left for Har ki Paudi, it is the main ghat of Haridwar and believed that it represents the point where River Ganges takes leave of the mountains and makes it way to the plains. 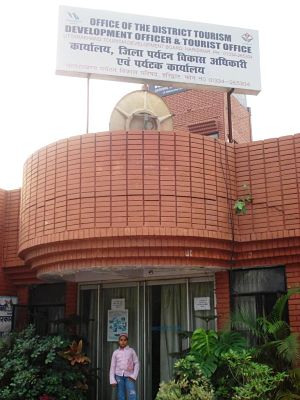 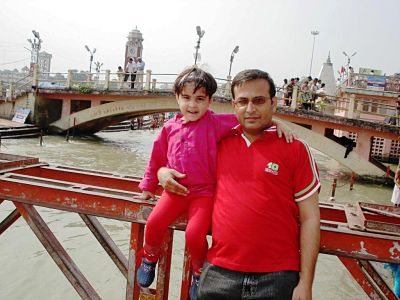 After couples of hours in Ghat we left Haridwar and reached Devprayag which is 95 km away from Haridwar and it takes approx 2.30 hrs to reach.

Devprayag is the place where Bhagirathi river and the Alaknanda river join to form the Ganges River. In photograph you can see the difference in colour of water of both the rivers. 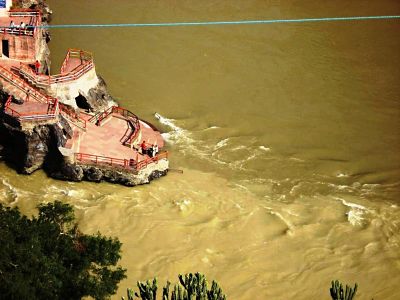 Here you can also visit 10,000 yr. old Raghunathji temple. The Temple is made of huge uncemented stones , kept one over another in a pyramid shape. One can enjoy the worth seeing view in Devprayag. We captured some of the unforgettable beautiful scenes. We had our lunch in Devprayag Market, we found the market very small & congested, parking could be a problem here. 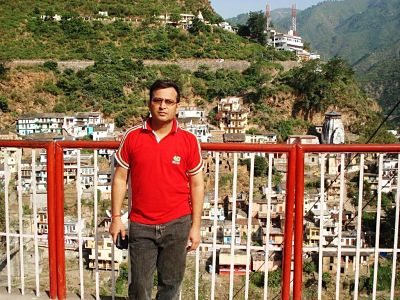 One must try the local Dal instead of vegetables. After a nice food we started our drive for Chandrabadni Temple which is about 45 kms from Devprayag and it takes approx. 3 hrs. to reach there. After parking our vehicle we started our journey to Chandrabadni Temple on foot (treaking),for one hour. There is no provision of staying & fooding near by Temple, only option is Dhramshala inside the temple. The same night we had our dinner at one of the local snacks shop inside the temple premises, food served by them was really mouthwatering. Night was so cold we were shivering without woollens. 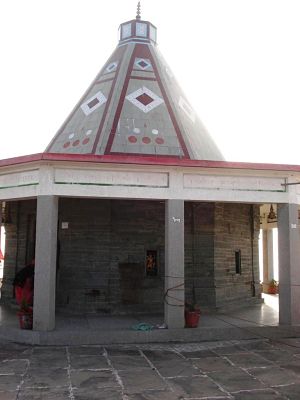 Chandrabadni Temple is situated at 2277 meter above sea level. It is said that when sati, the wife of siva,gave up her life in the yajna started by her father and shiva was carrying her body to Kailash, her torso fell here. 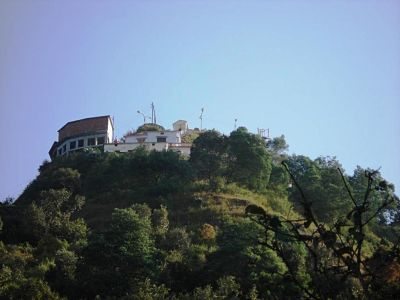 There are some old statues and lots of iron trishuls (tridents) outside the temple. It commands a beautiful view of the Sirkanda, Kedarnath and Badrinath peaks. The temple here is very small and contains a Shri-yantra carved out on a flat stone instead of any idol. Traditionally, a cloth canopy is tied to the ceiling over this Shri-yantra once a year and the Brahmana priest doing it has to do it blind-folded.

Morning started with bed tea, I came out from my room with my tea , I was amazed after seeing the beautiful panoramic view of Himalayas. Dharamshala people arranged hot water for us and we had a bath and proceed for Temple for Sp. Prayer arranged for us. 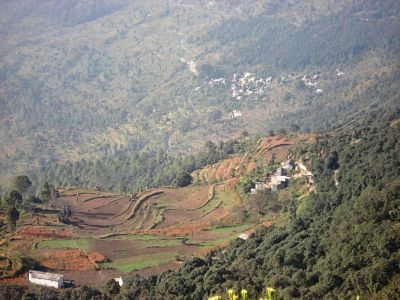 We visited 2-3 local temples and left for Rishikesh. On the way we stopped at Devprayag for lunch. We were supposed to reach Rishikesh at 6.00 pm but due to sudden traffic jam near Gular Ghatti which is about couple of hrs. before Rishekesh, we were stuck there for almost 2.30 – 3.00 hrs. & reached there by 9.00.pm. 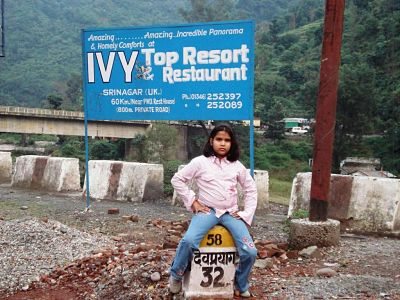 We had our dinner at GMVN Restaurant. Its my experience that food in GMVN Restaurant is good and economical . For fooding and staying personally I prefer GMVN. 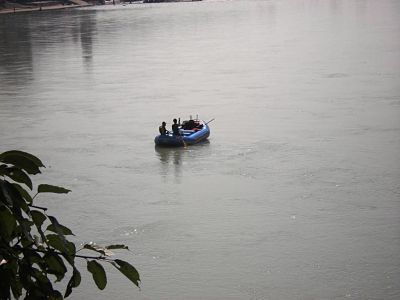 After having our breakfast we spend half day in Rishikesh. It is also known as the gateway to the Himalayas and is located around 25 kilometers away from another holy city Haridwar. Rishikesh is the starting point for traveling to the sites that form the Char Dham pilgrimage — Badrinath, Kedarnath, Gangotri, and Yamunotri. 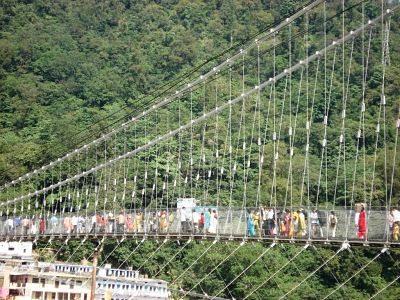 Some of the places to visit in Rishikesh are Geeta Ashram , Bharat Mandir , Ram Jhula , Laxman Jhula and lot of Mandir & Ashrams.