We relaxed a while and left the hotel around 7.30 PM for Badrinath Darshan.On reaching we took the coupons for darshan from the market which was just near the temple on which expected time for darshan was mentioned. After crossing the market and a foot over bridge over Alaknanda river we reached near the temple, from there stairs go down to Tapt kund. Kund is filled with hot spring water. It is said that one should take a bath in Tapt kund before the visit to Badrinath temple. 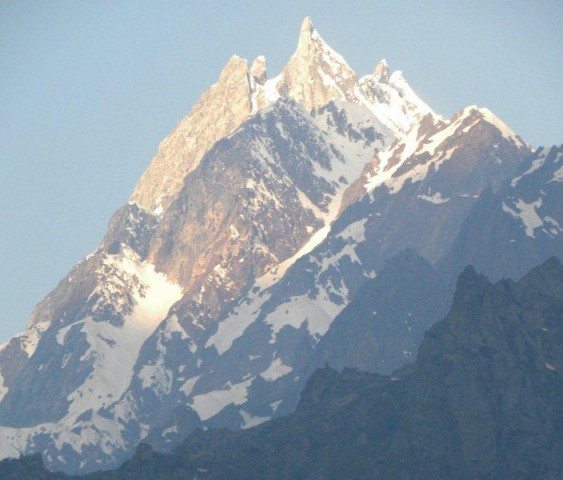 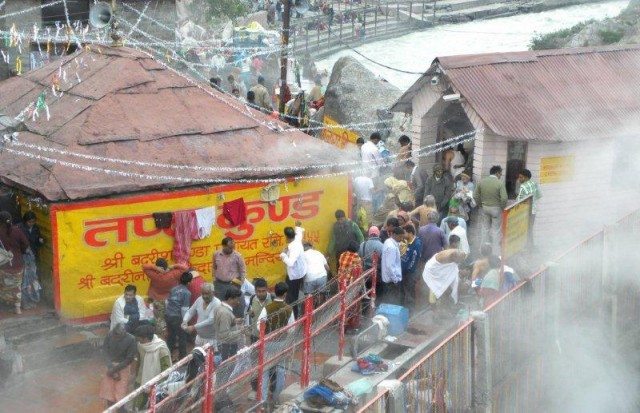 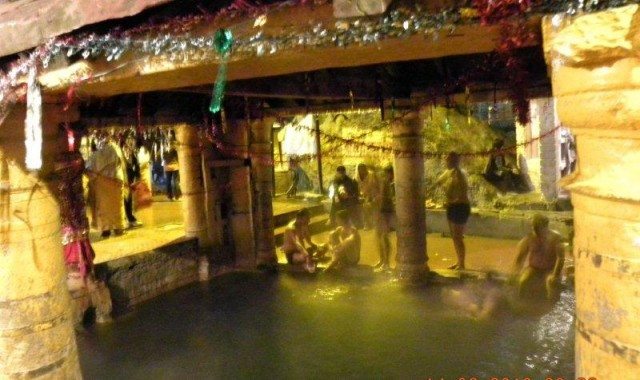 After taking a holy dip in the kund we purchased puja samagri and moved towards the temple where we joined the long queue waiting for darshan. 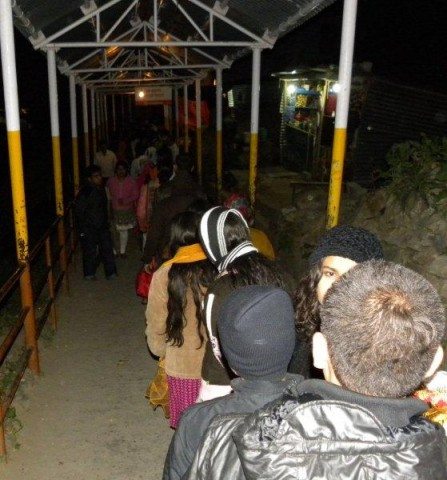 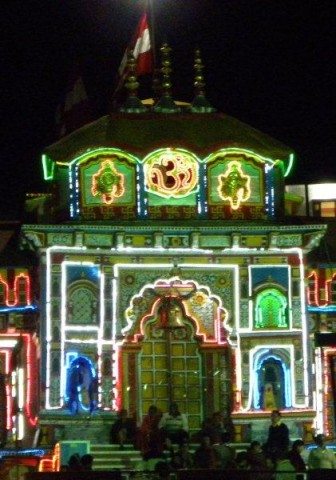 Legend says that one day Lord Shiva and Goddess Parvati were doing tapasya in Badrinath. They got disturbed by a small boy (Lord Vishnu in disguise) who was crying. When Parvati asked the reason of his crying he replied that he wanted Badrinath for meditation. After that Shiva and Parvati both moved to Kedarnath.

Badrinath is situated at the bank of river Alaknanda in the lap of Nar & Narayana Hills at a height of 3110 metres above sea level. 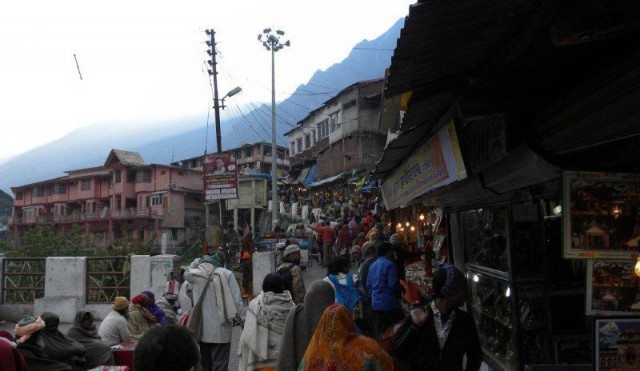 The temple is divided into three parts. The first is “ Garbh Garah” in which the idol of Badrinath is seated in the inner part of this place and canopy covered with Gold sheet.

Second one is known as “Dharshan Mandap” in which prayer and ceremonies are performed and it can accommodate few people.

Third and last one is “Sabha Mandap” where devotes wait for darshan of lord Badrinath.

The pujari of Badrinath temple is known as “Rawal” who is Namboodri Brahmin of Kerala.

The Rawal is appointed by the Badrinath temple committee and the Maharaja of Tehri.

After having Darshan of Lord Badrinath we came out of temple and clicked some of the pictures and went to a restaurant for Dinner. After having dinner we went to nearby shops and purchased few souvenirs and kids followed their Grandparents to go to hotels as they were too tired and wanted to sleep.

After spending half an hour in the market we also left for our Hotel . Our next day plan was to visit Village Mana
(Last village of India).

Next day we got up late at 7.00 AM as we were quite exhausted with the long journey. Around 8.00 AM we left for Mana, better known as the last Indian village before the border with Tibet located at 3 kms from Badrinath we took around 15 mins to reach the place. 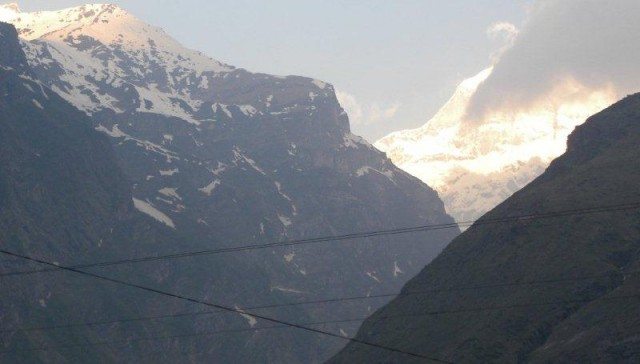 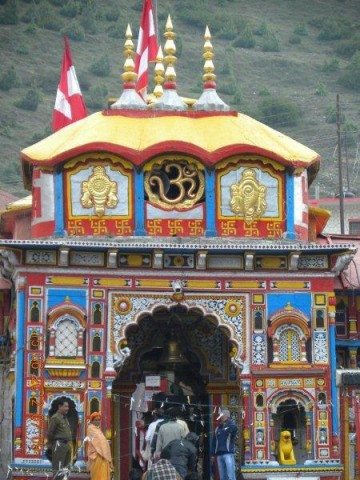 Our vehicles were parked at the gate(entrance) of village. The village can be explored by foot only. While crossing the narrow lanes of the village one can see the traditional houses. 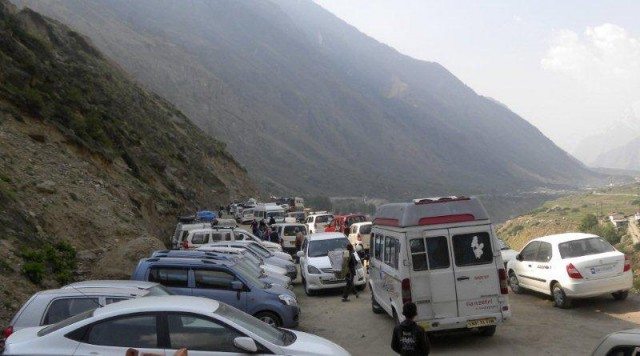 Mana village attained its name from the Manas Putra – son of Lord Brahma. The village also attains importance as Pandavas after the Mahabharata decided to renounce the world and to attain salvation. It is said that they reached Mana village for their onward journey towards Swarag Rohini. The onward journey towards the heavens steps could not be completed by all the pandava brothers except Yudhistara – who climbed the steps to swarag rohini in his worldly body. These swarag rohini steps start from few kms away from the proper village Mana.

The inhabitants of Mana are the last generations of Mongol tribes. 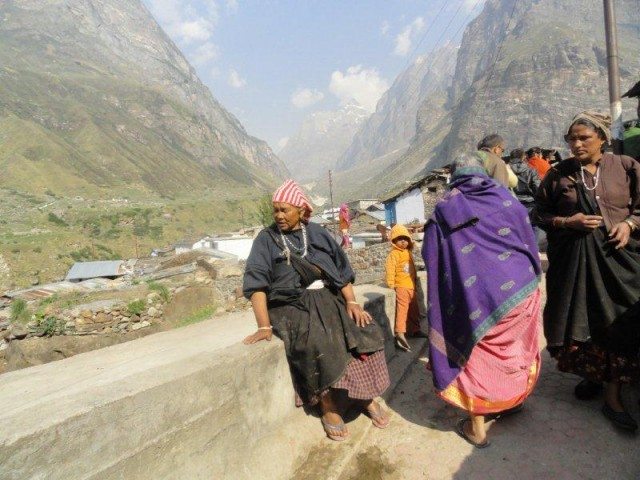 Mana village holds a lot of mythological relevance one can see the traces of Mahabharata scattered across this village.

After crossing the village we reached to Bhimpul. It is the most visited tourist spot in Mana village. It is believed that the Pandvas on their way to the heaven found it difficult for their wife Draupadi to cross the river Saraswati, Bhim fetched a single rock and placed it across the river, thus creating a natural bridge to enable Draupadi to cross it. 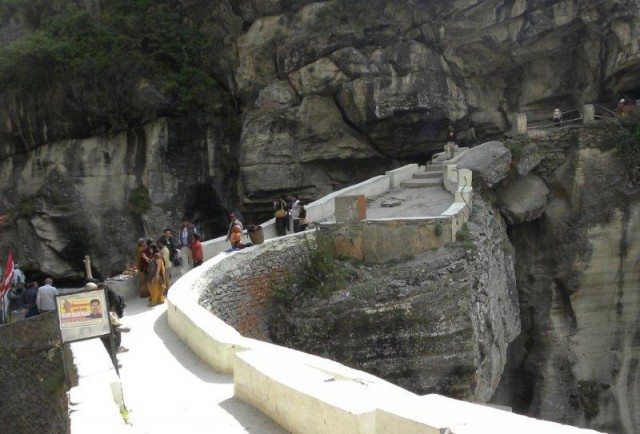 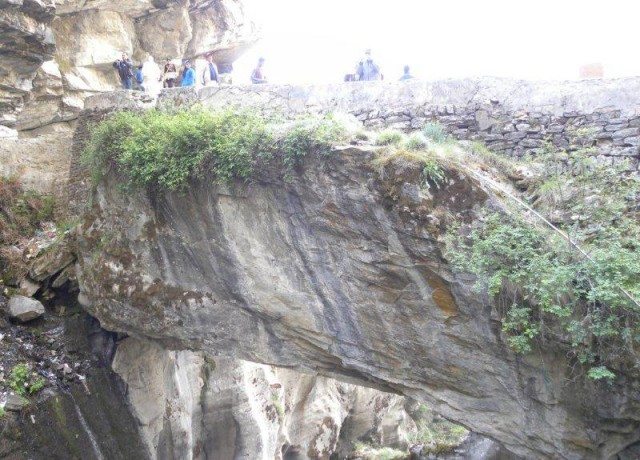 From here one can see the origin of river Saraswati. The legend is that Lord Brahma undertakes the creation of the world through creative speech and goddess Saraswati is born in his mouth or tongue. The river is in full spate at this place before it vanishes after a few miles in Brahm Kund to re-originate at Prayag (Allahabad) at the confluence of river Ganga, Yamuna and Saraswati. 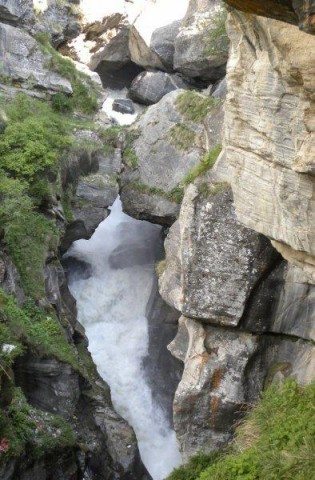 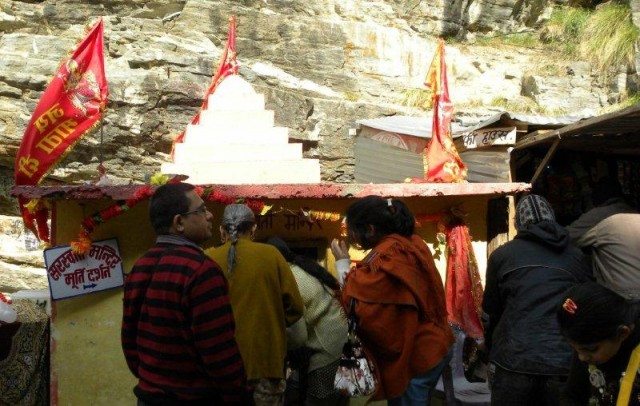 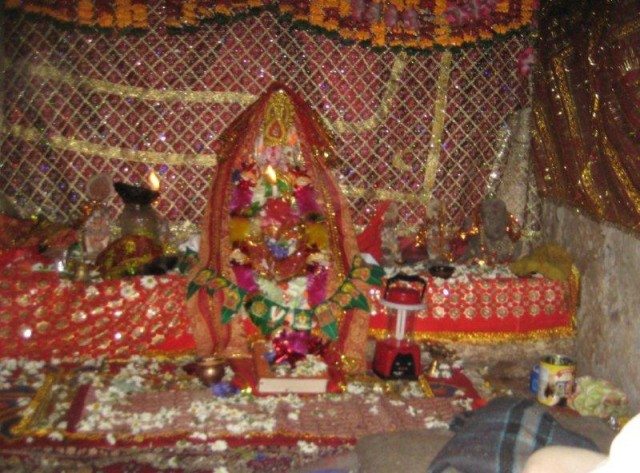 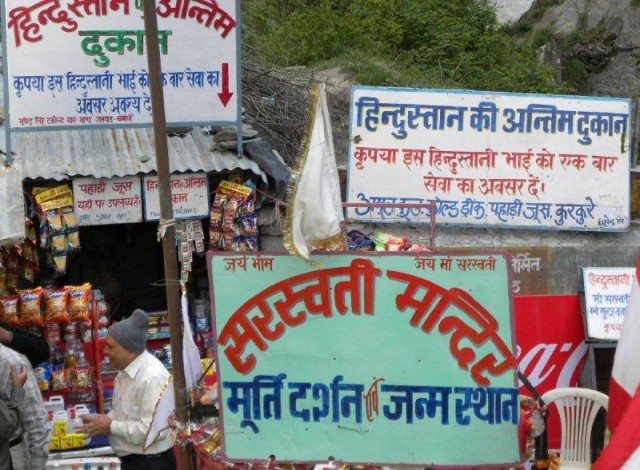 Other nearby places to visit are Ganesh Gufa , Vyas gufa & Vasudhara fall. 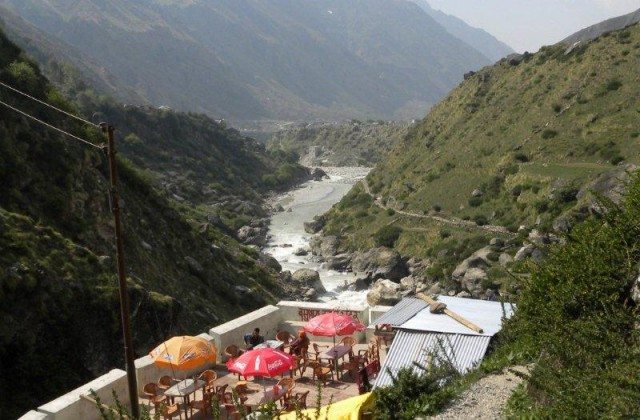 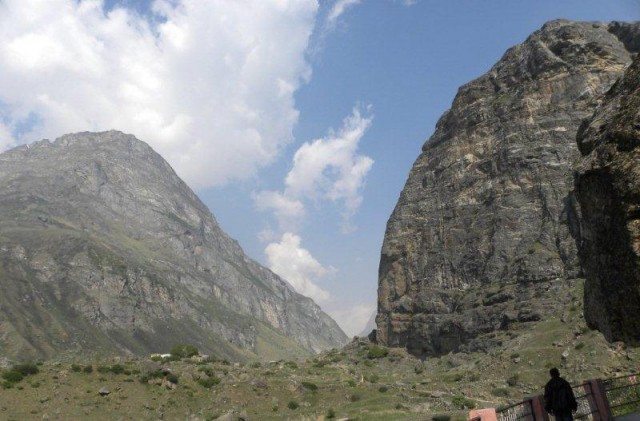 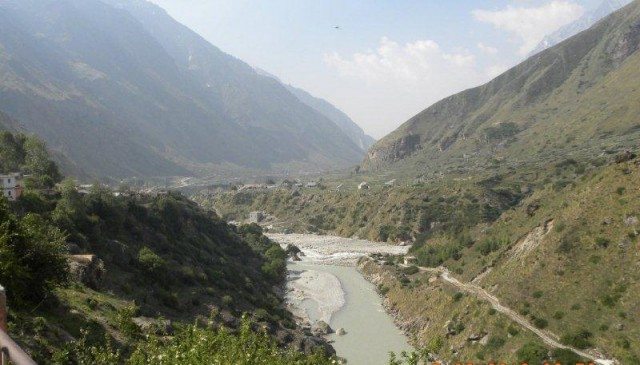 Mana pass is the highest motorable road but it is not opened for the public.

After spending some time there we came back to our parked vehicle and had some light breakfast and proceeded our journey back to dehradun.We had a night stay near by Rudarprayag and next day reached Dehradun by 2.00 PM. 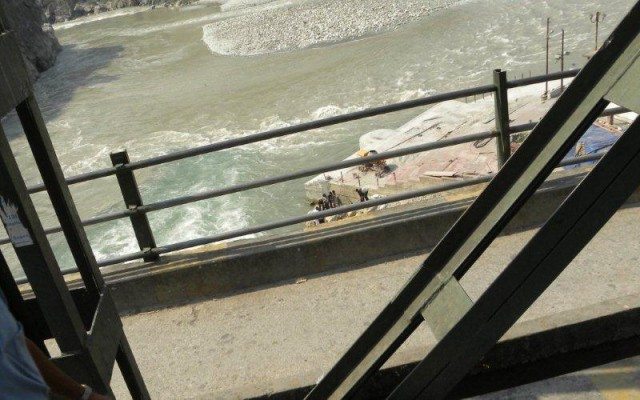 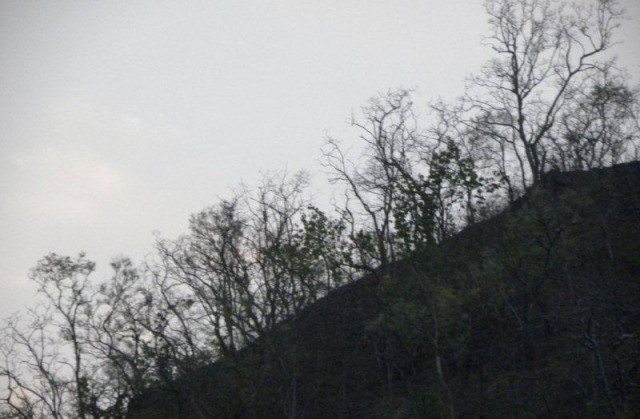 Last night of the trip

Day 3 –Udaipur (Venice of East) Udaipur is claimed to be India’s most romantic city. You’ll agree to this if not completely then to…