Although I had gone to Riyadh with the objective of appearing for Part 2 of the MRCPCH examinations of the Royal Society of Child Health and Paediatrics, I stayed for a full five-day week ending on the coming Friday morning, when I decided to return to Al Muwayh.

Read this to see my arrival in Riyadh on Sunday evening. After I had settled in my room at Mersal Suites (# 204 on the first floor), I unpacked my stuff, called for a tea, and relaxed for some time. Later, I went around the corner to visit Herfy to check out their menu. I did not, however, wish to eat at that time. The Panda supermarket is next to the Herfy store, but again, I did not visit it tonight.

I studied for a few hours, but mostly, I just whiled away my time. Soon, it was time to sleep. I had a long day of studies ahead of me.

Most of my day was spent indoors, but I did step out in the morning to eat some light breakfast at a small place two lanes down from our place. Such places are usually staffed by Asian or Yemeni cooks, and they can serve you “sandwiches” stuffed with lamb-mince, shredded chicken, scrambled egg, chicken liver pieces or something similar, all for SR 2 or 3 a piece. They also serve tea and coffee, soft drinks and juices and sell bottles of water. I enjoyed this low cost breakfast! After this, I went in my car to the examination centre to practice how to go in, where to park the car, how to exit, and how to take the car out and back to my hotel. This was a great relief to me, since I would be doing this for the exams the following day.

In the afternoon, I visited Herfy. I had a fish sandwich with a coke and a medium pack of French fries – all this for SR 17. The food, the decor and the service all resemble that of McDonald’s. The difference was that the portions were bigger, so my money basically gave me “more bang for the buck”. Taste-wise, it was delicious and similar to the same sandwich I usually have in Mumbai from McD.
In the evening, the Indian service staff at Mersal suites brought me a meal of roti, chicken tandoori, and pasta (which I set aside in the room refrigerator for breakfast on the next day). They did not even charge me for this meal, saying that it was meant for them but they would be pleased to share it with me. It was really touching!

I studied for about 4-5 hours during the entire day, and went to sleep at around mid-night.

This was the D-day, as it were. I woke up at a little after half-past seven, bathed etc. and then read a little here and there, and whiled away the time till it was time to leave. For breakfast, I had some of the pasta that I had set aside yesterday night. One of the Indian servants (Aalam) handled the whole thing for me – he took the pasta, got it heated and revived, and brought tea with it.

I left for the exams at a little after eleven a.m., and arrived at the centre after a gap of 10 minutes. Some of the invigilators were present there already. They advised us to continue revising but not after twelve thirty, when they would take us into the hall, retrieve our books and mobile phones and enable us to find our seats and settle in for the long haul of 2 1/2 to three hours.

In between, I visited the waiting hall of the main hospital lobby next door to the College of Medicine (where the exams were to be held), and lounged on one of the sofas to read a little, but couldn’t manage to read anything substantial.

I wrote Paper 1 from one p.m. to half past three, after which we all took a break. There was a small snacks stall right outside the hall, and I managed to eat a hamburger and drink tea. The next paper was from five p.m. to half past seven. At the end of this, I emerged out of the exam hall, chatted with some of the others who shared our hall, and then made my way to the parking lot from where I retrieved my car and proceeded to my hotel.

Later in the evening, I went by car to the Olaya computer market. I needed to get my laptop battery replaced as it had completely died. It was almost nine p.m, when I reached the market. I found a service station that looks at Acer computers, but his simple reply was that yes, he could get a new battery for my laptop, but I would get the laptop back after 7 days. Seven days! Was this a joke, people? I was not going to stay in Riyadh for seven days, so I decided not to hand over the Acer machine.

I have an internet-friend here in Riyadh, an unassuming Hyderabadi guy by the name of Mohammad Siddiqui. He has been living in Saudi Arabia for over 18 years and works for a computer-based job in a government telecom company. I sought his help to search for a nice restaurant with Indian/Asian food, and he recommended SHOLAY restaurant in Olaya computer market.

I had my dinner here. The singles section was decent but small, with about 24 covers. I ordered a “ginger chicken” (SR 22), but it wasn’t spicy enough, so I had the waiter take it back to spike it with more chilli. I felt that the chicken was a staple boiled shredded chicken and that sort of spoiled the taste for me. Anyways, I had 2 roomali rotis (SR 2 each) with this, and followed it up with a tea (SR 6). (One SR is approximately equal to 14.5 to 15 INR.)
On the way back to my hotel, I clicked some pictures of the roads by night, and especially the beautiful Faisaliya Tower that came en route. 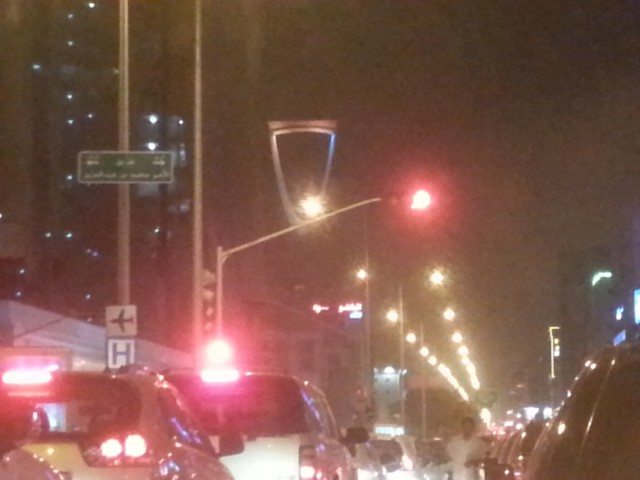 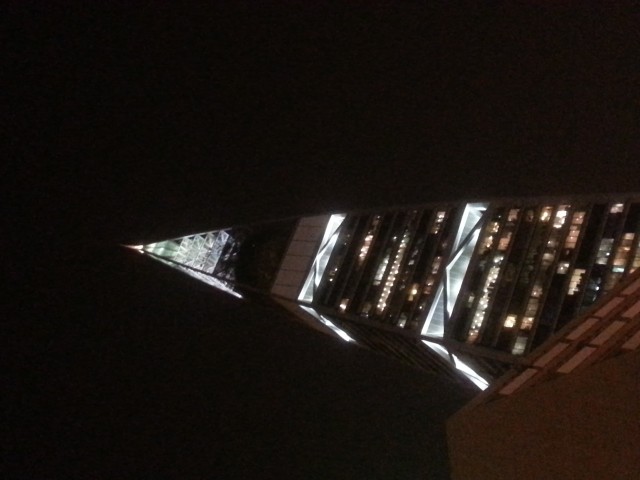 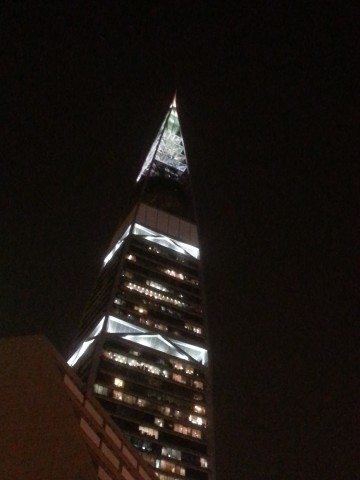 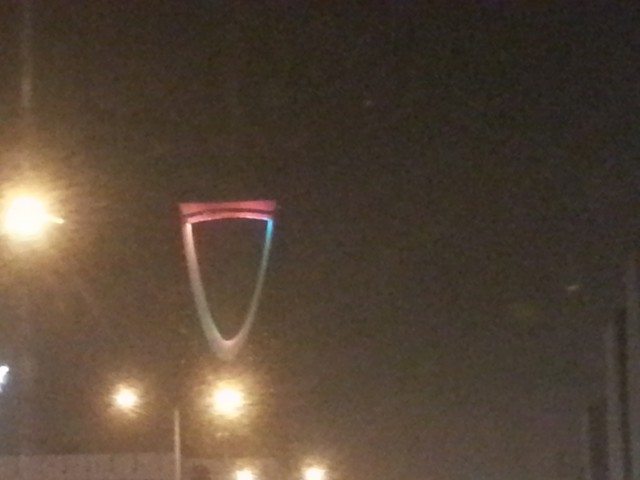 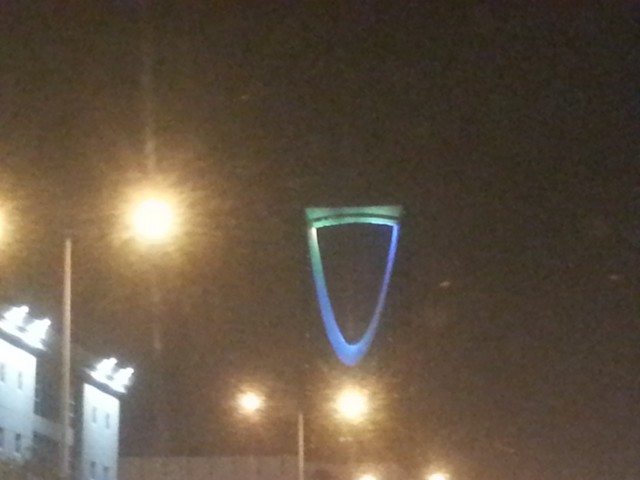 Upon reaching the area near my hotel, I saw a Baskin-Robbins outlet, and I stopped here to purchase a sugar-free Chocolate ice cream to celebrate my daughter’s 19th birthday (which fell today) and my release from the study cycle. Nibbling at the ice cream, I returned to the hotel by mid-night and went to sleep.