This is the third installment on my trip to Riyadh. I hope you read my first two installments and liked them.

I decided not to run around much today, but relax, complete my internet downloads to take the maximum advantage of the free wireless services offered by Mersal Suites, the hotel in which I was staying, and eat fast food from nearby.

Accordingly, I got up late, and after a lazy bath, I settled in my room to download some great TV serials and movies. You won’t believe this, but I was able to get very fast downloads here in the room! Take a look at this download speed. 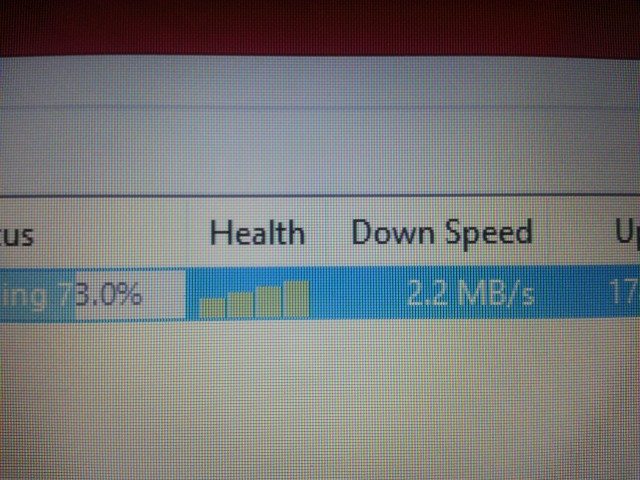 In the afternoon, I went to Herfy again for a meal, and enjoyed their chicken burger with french fries and a large coke. I wouldn’t dare say this openly, but the fact is that I enjoyed it!

I watched some programs on TV, including science items from CNN and BBC world, half of a Hindi movie on Zee Aflam, and some other stuff on Al Jazeera International. Let me add here that Al Jazeera is a very good broadcaster when it comes to news of the Middle East and Africa. It isn’t so wild on European or US news, but that is fine, since it is a regional/world channel. It does cover south Asia very impartially as far as I could see. When I first came to the Kingdom over 18 months ago, I only knew that Al Jazeera had been the channel that had broadcast the live video of Osama bin Laden, and also the beheading of the American journalist (?Pearl) by the bin Laden group over 10 years ago. The more I have seen of this channel, the more I have begun to like it.

Okay, so what did I do in the afternoon? I went to visit the Kingdom Tower, the tallest structure in Riyadh, and indeed, in all of Saudi Arabia. Housing many international companies’ offices, and the Four Seasons Hotel, this 100 storey tower that is shaped like a vertical elliptical cylinder with a large hole on its upper 20-25 floors (I think you saw the night-time pictures in my earlier installment), this tower makes a very impressive statement on the skyline of Riyadh. My visit started with the ground floor, through a large courtyard and walkway into the main building. I reached for the nearest lift, but all it did was to take me to the 28th floor. There were no floors to be accessed upwards from this lift. There was an office of REGUS here, and I popped in to ask how to go upwards. A helpful executive informed me that the way to go to higher floors was by another set of lifts that were accessible from the other side of the building where the shopping mall was located. 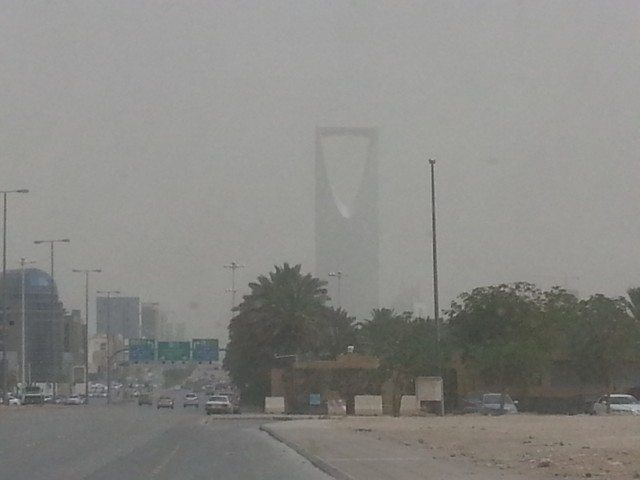 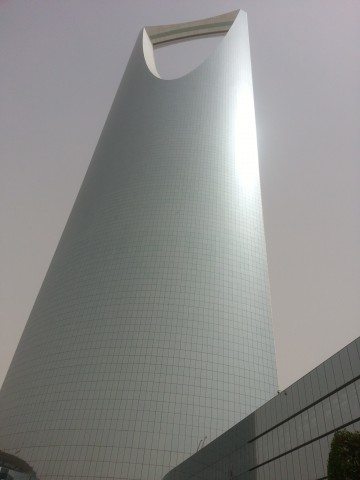 Hmm … so I descended to the ground floor, found my way to the elegant mall that encompassed the basement, ground and the first two storeys of the entire building. The unique thing about this mall is that the second floor is open only to women and they are free to remove their abayas (body-covering black dress) there and shop for their stuff!

After asking around, I finally managed to find the entry to the lift that took people to the top floors of the building. There is a charge of SR 35 to go to the Sky bridge that connects the two arms of the top 20 storeys to each other. The Sky bridge is an attraction not many people miss when they visit Riyadh, and it offers glorious views of the entire city of Riyadh. I purchased one ticket. The journey is made in two lifts. The first lift (which has an interior that resembles a starry night) takes you to the 77th floor, 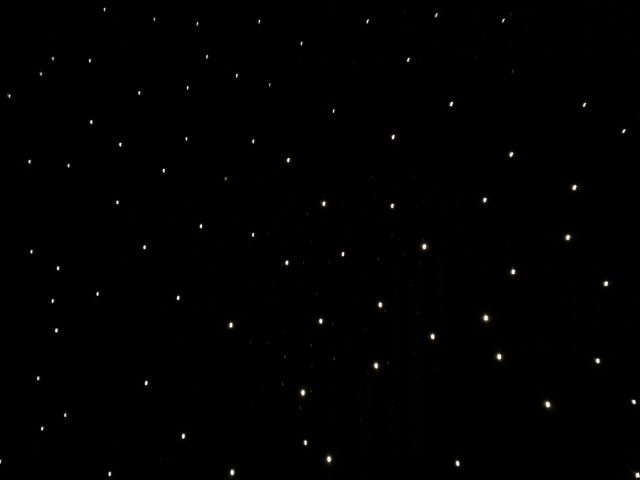 The starry-night interior of the first lift

which is the last FULL floor and has a lounge-cum-restaurant on it. If you wish not to go to the Sky bridge, you need not buy the ticket at all, since access up to here is free. This first leg of the journey is by a fast elevator, taking only 50 seconds to go from the first floor to the 77th one. You then disembark, and are taken to the second lift, which takes you to the 99th floor in 40 seconds. When you exit this lift, you are at the entrance of the Sky bridge. It is an arc-like floor with viewing windows (sealed with glass, of course) on both sides. The views are simply marvellous. Here are some pictures of this unique place.

View from the Sky Bridge 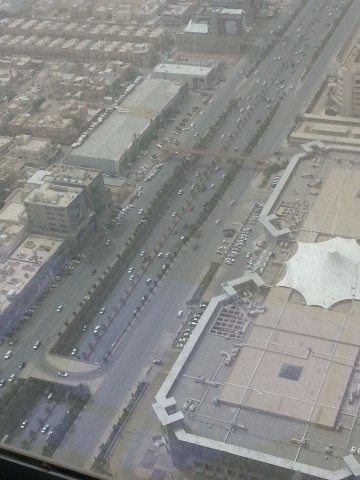 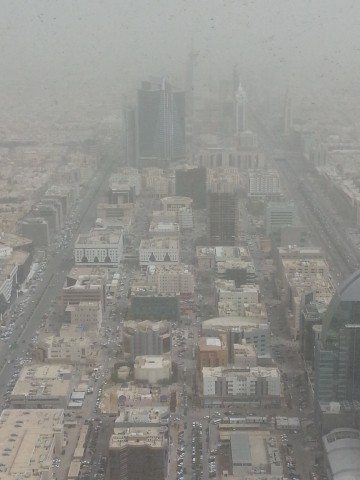 During my ten-minute stay here, there were no other visitors, but I am told that the bridge gets fairly crowded on weekend evenings. After taking the above pictures, I went back down.

I went to the basement and to the food court. I purchased a meal from an Indian eatery. It was a great meal with lamb curry, chicken tikka masala, a Punjabi samosa, rice and a Nan, all for SR 27 (including a bottle of water). Having had my meal, I left the tower and drove back to the hotel. 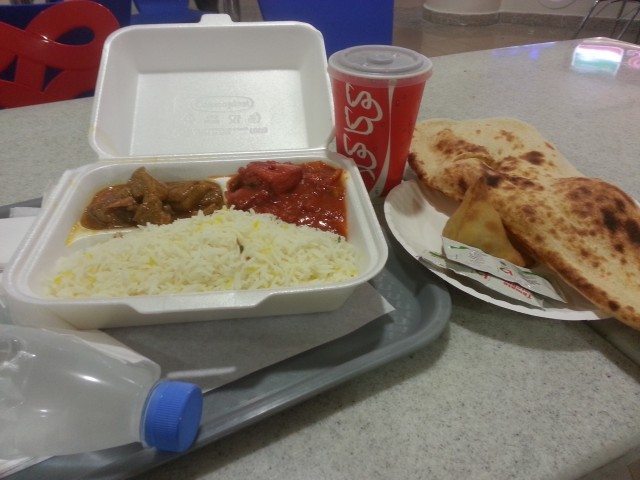 Relaxed there and slept at a little after eleven p.m. That’s it for now. More to follow in my final post on this trip.

We visited Gujarat in this winter vacation of Rachit (December 2008). The itinerary was as follows: 24th Dec – Rajdhani Express from New Delhi…