Readers of Ghumakkar are aware that I am a Paediatrician who has settled in Al Muwayh village of Saudi Arabia since the past year and a half. Along with my work, I am also trying to complete some additional studies. Membership of the Royal College of Paediatrics and Child Health U.K. is the qualification I am trying to earn. I cleared the first of the three parts of the exam in October 2012. I was to appear for Part 2 of the MRCPCH exams on 14th of May 2013. The venue was the College of Medicine next to King Khalid University Hospital within the King Saud University complex in Riyadh.

I had made up my mind to go by the SAPTCO (Saudi Arabian Public Transport company) bus service as I felt less than confident of being able to drive the entire distance from Al Muwayh (my village) to Riyadh, which is over 600 km away. The reason for my lack of confidence was two-fold: a) My car is nearly 20 years old b) I have never driven over 250-270 km in my entire life (Mumbai-Pune, of course).

However, in the week preceding my departure, I made up my mind to be a little daring and adventurous. I have driven my car to Ta’if (200 km away to the South), and in March, when I went to India via Jeddah, I drove it from Ta’if to Jeddah as well (a distance of 195 km). But 600 km is not the same as 200 km now, is it. So, justifiably, I was nervous. In the end, though, I simply sat in my car on the morning of the 12th, kicked in the ignition and went off towards Riyadh. Did I do a good job of it? 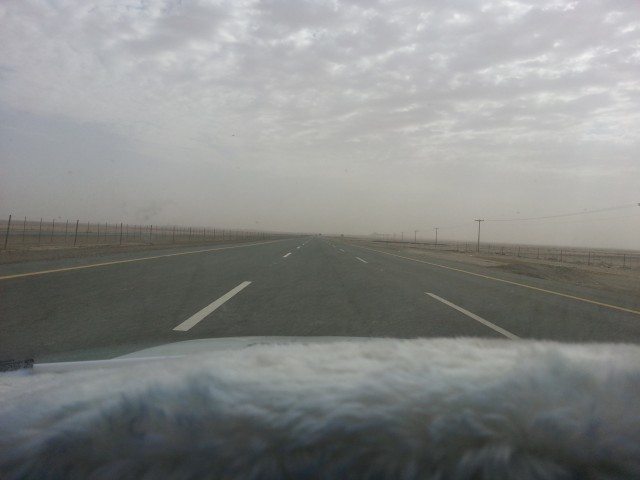 The almost featureless road to Riyadh

Well, I did. Starting from my house at 7:00 A.M., I drove down Highway 40 to Riyadh, taking 3-4 breaks in between. I stopped for various reasons, but the most engaging ones were the places where I got down for food, for petrol, for rest (with eyes closed under a shade) and to take pictures of interesting landscapes. 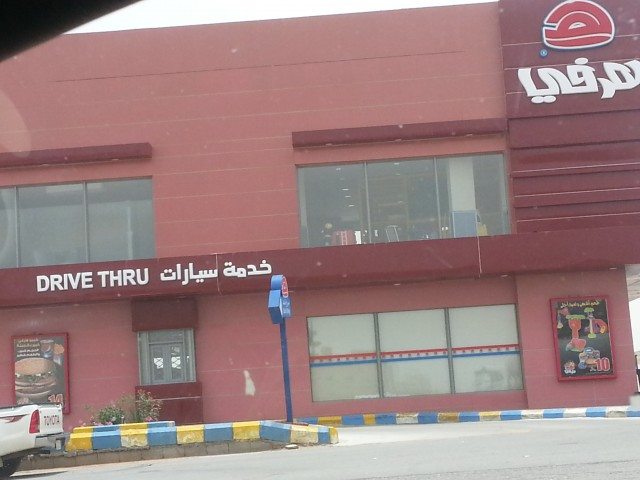 Herfy outlet on the highway 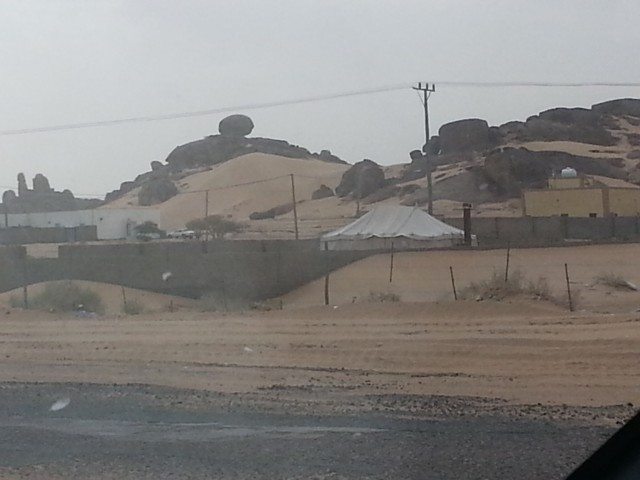 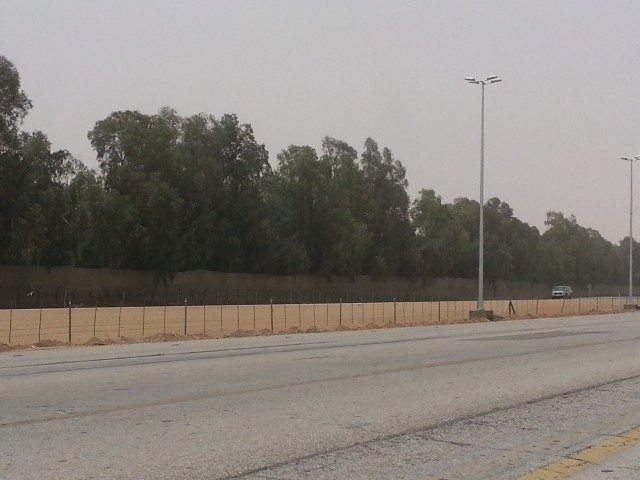 Who thinks Saudi Arabia has no greenery 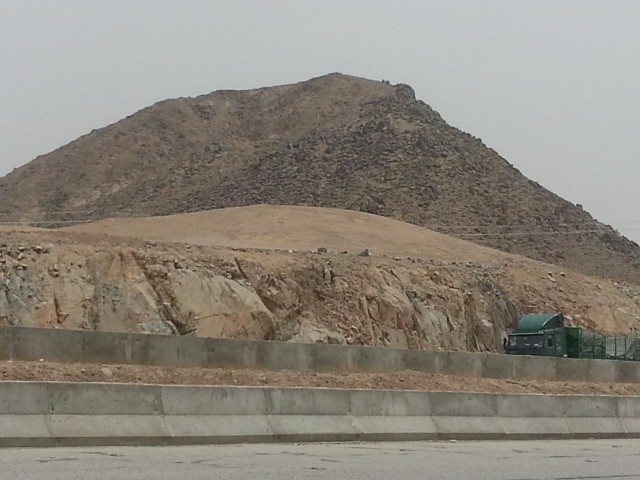 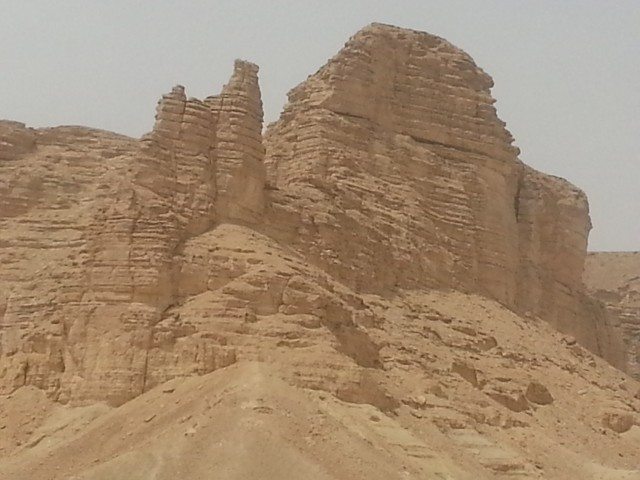 During one phase in the journey, I came across a ghat-like road which kept climbing up, with high peaks on either side; the walls of these peaks with strange linear markings that I suspect have been made by machines while carving out this road along the desired track. The photos I have uploaded to this post tell their own story, and little is left to your imagination, dear reader. 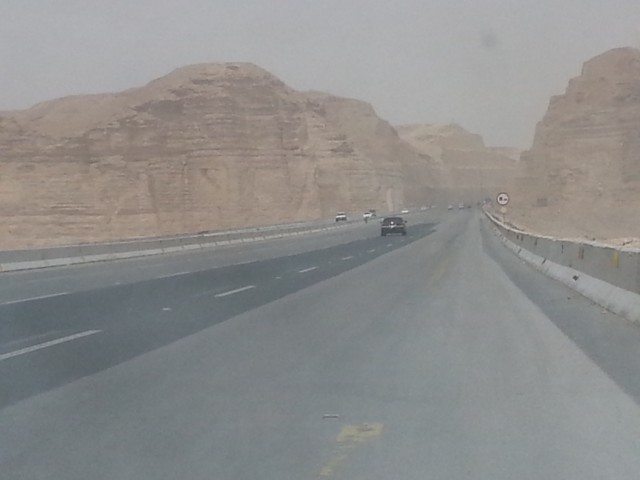 As you can see from the pictures, the roads were large, and though there were vehicles zipping past you in the fast lane (and sometimes from the other side too), the journey was by and large free from the tension that one feels when one is driving on Indian roads. Except for the expressways, most Indian highways are either one or two-laned. By contrast, Saudi highways are always three-laned or more. This makes for a very easy to follow system. If you are planning to drive fast, you take the fast lane; if you want to take an exit, move to the slow lane; and if you want to drive at a steady speed, stick to the middle lane. You won’t go wrong this way, though there is one risk: if you miss a turn-off, your next opportunity to exit may be tens of kilometers away! 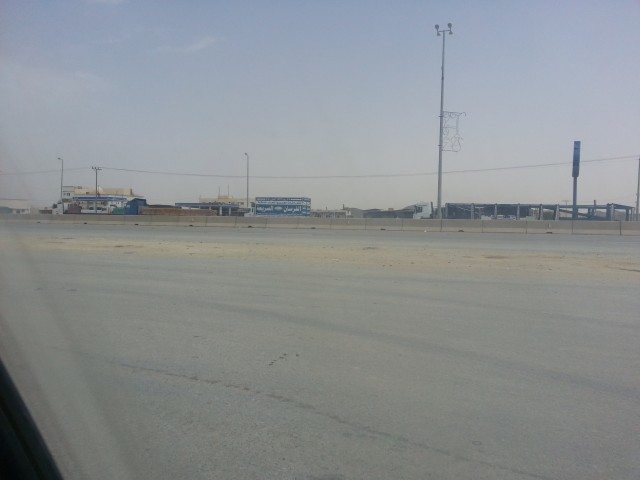 The second thing I learned is that to drive safely, one must always use the GPS of one’s smart phone (or have a GPS navigator device if one can get it). Plan the trip ahead of time, research the roads on http://www.maps.google.com, download road maps to your phone with the “Sygic” app (which is free to try, but one has to buy it if one wants to keep using it), and ensure that the phone is fully charged (as the use of GPS drains the battery very fast). One should also carry a good supply of crunchy snacks, water, and other such material so that one does not feel the need to stop very often. Even in a sparsely populated country like Saudi Arabia, one will find small towns with mosques (with bathrooms) at least once every 20-50 km, though I did see one gap of 80 and another of over 120 during my 7-hour journey.

It was a delight to pass sand-eroded hills, empty roads, beautiful desert landscapes and so on. At the same time, it got lonely at times, and one actually yearned for good music or company while doing such a long journey. 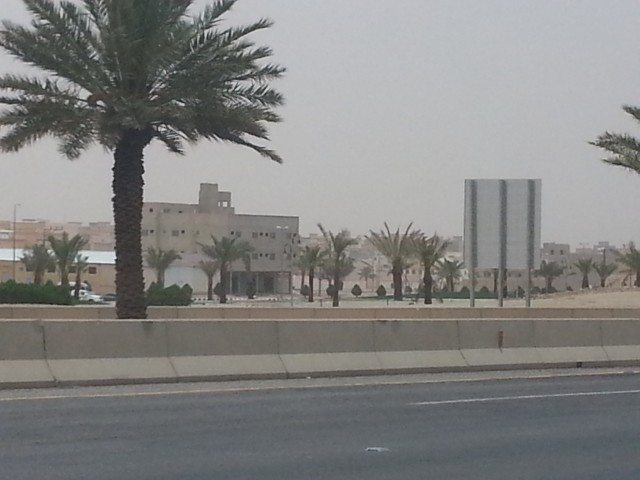 Entering the suburbs of Riyadh

It was about half past one when I saw the emerging suburbs of Riyadh, and then, I was past them and into the heart of the city. Asking around, I managed to locate the way to the venue of the university. It seemed like a prudent thing to do, so that I would be able to decide where to take a room in a hotel. The condition would be that it should be near enough to the University.
At first, I went to King Saud University. It is so huge! The campus is spread over thousands of acres. Their Preparatory school, which is just opposite my hotel, is bigger than the entire main building of Bombay University with the surrounding grounds (at Fort). You don’t see many students as they must be arriving from/departing to the place in cars. Anyways, so I went in, and began searching for the actual venue. I called up the office of the examinations secretary a few times and so, managed to locate the building. However, the entry and exit roads are extremely complicated. You cannot enter the areas freely and have to get used to the ways – entering the wrong way is never an option as all the ways are just 1 vehicle in breadth, and have spikes installed on the ground to enable entry only from one side and not the other. 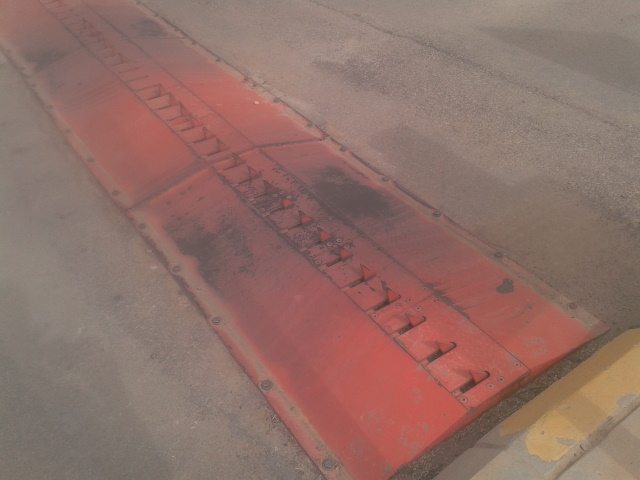 This was a bit off-putting, and eventually, I went to the visitor’s parking lot and parked my car. I then walked back to the venue and scouted out the ground floor of the college of medicine to see where I would be sitting for the exam after a few days. It was just as well I did, because, in retrospect, I would have been unable to find my way had I decided to go on the day of the exams.
From here, I returned to King Abdullah Road, and stopped at a McD for snacks. I still did not know where to stay. I called up a friend, who told me he had booked a room for me in an area known as Haara. When I asked someone how far it was, I learned that Haara was 25 km from where I was, and would be more than 20 km from the University. Thus, Haara was NOT an option.
I hailed a youth who looked Asian. I requested him to guide me. He actually stood with me and drew the map of the area on a large A4 sheet of paper, then guided me to a rental apartment which was just 2-3 minutes from one of the entrances of the University. It was next to a Panda store (a large department store chain), on the corner of Prince Turki Road and a side road in the Al-Nakheel area. It was also opposite the Prep school that I mentioned above. I thanked the man … he told me he was a Pakistani in response to my question as to where he hailed from. Bless him.

I drove to the site mentioned by him. The hotel I finally took a room in is called Mersal Suites. It was a very fine accommodation, and I settled in at around 5 p.m., thoroughly exhausted after a very hard drive. On the other hand, though, I was thrilled to be here, as I looked forward to a lot of interesting time post-exams. 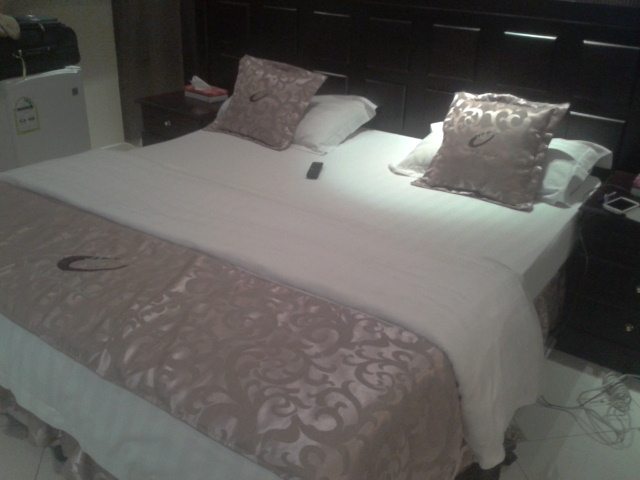 My room at Mersal suites (1) 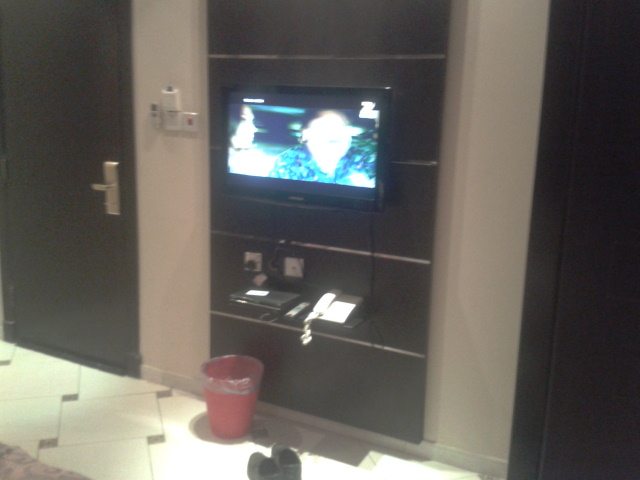 P.S. Here is a list of the towns one passes as one travels from Al Muwayh to Riyadh:

In addition to the above, there are off-shoots to tens of other places, but I haven’t named them since these places are not ON the highway, but off it, at a variable distance from the highway. You get to know them only because of the link to the roads that lead to these places.

Journey to Riyadh – An overview was last modified: June 19th, 2021 by Taher Kagalwala

Sikkim is a truly mystical land, a confluence of advancement and mysticism. It is India’s least populated state, hosts Kanchenjunga, the world’s third-highest peak,…