My in-laws live in Chomu, a small town which is about 30 km from Jaipur. Chomu is famous for Chomu Palace which is earlier covered by Nandan (https://www.ghumakkar.com/2009/09/16/chomu-palace-chomu-rajasthan-review/). I could not get a chance to go inside the palace as now it has been converted to a hotel like many other palaces in Rajasthan. The other place to visit near Chomu is Samode which again is famous for Samode Palace and its just at 10 km distance. In March 2010, I have gone to Chomu with my wife to visit her parents. We have one day in our hand for rest so I put the idea of visiting Samode. I wanted my wife to spent time with her parents so thought of going without her. My brother-in-laws Utkarsh and Nawanshu accompanied me. As we were three and there was only one bike, they have called their family friend Ashutosh  with his bike to come with us. Although trip was very short but I was excited as Samode is surrounded by small hills and somehow I have a deep attraction towards hills. 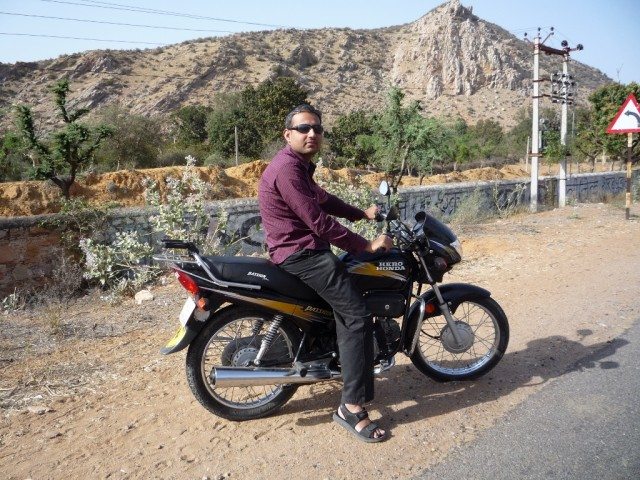 On the way to Samode

Small hill on the way

As the trip was very short there is nothing much to write about so the pictures will speak on my behalf. The only thing to mention is that after reaching the Palace we came to know that it was booked for a foreign wedding for the day so we were not allowed to enter. Samode Fort is also there on a hill above the palace so we decided to visit that instead. Hike was tiresome but the view above the hill was good. The fort was completely in ruined condition and locked, a mobile number was written on the door to call and request for opening the door. We called on the number but the person on other side advised us to not visit as there is nothing great inside :). We accepted his advise and save 100 Rs. per person as ticket.  We spent some time on the hill and came down. Then the best thing happened – When coming down we met some persons who supposed to be members of the wedding photography crew as they were carrying large video cameras. They asked us that are we from Delhi, when I said yes they requested us to take their photographs with palace in backdrop (They did not have still camera) which they will collect from me later. I have done the needful and told them that I will send the pictures via email to them, they don’t need to come in person. Then in thankful motion, they offered any one of us to visit the palace with them as a crew member. So I picked one of their tripod and entered the palace, no one questioned at the entry. The palace was grand and beautiful. I took some photographs of compound and came out without visiting the complete palace from inside. It was necessary because I was not willing to be questioned by anyone and my trip mates were waiting for me outside. I was satisfied that at least I was able to see the palace from inside. Overall the trip was fun, enjoy the pictures with describing captions.

Palace view from some distance

Palace view from some distance 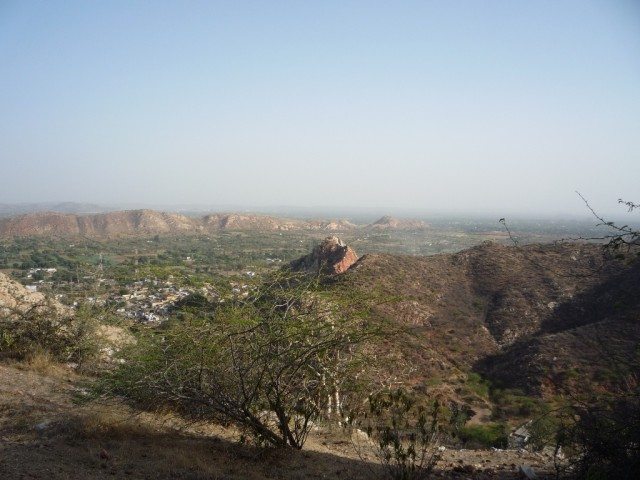 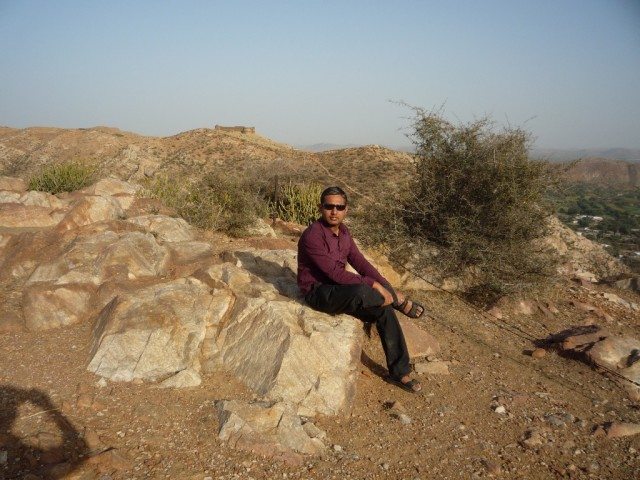 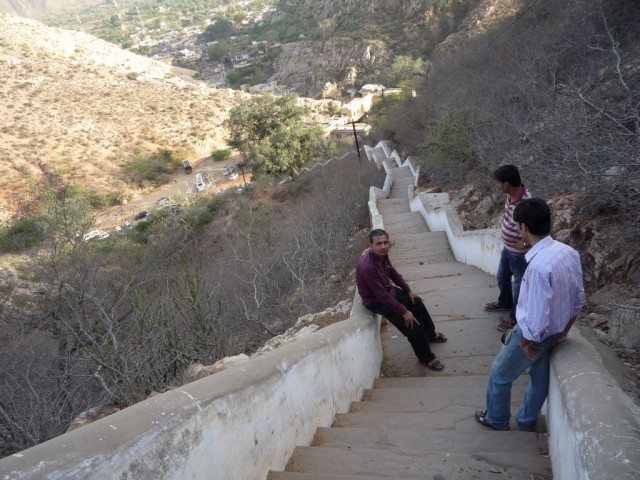 Stairs from Palace to Fort 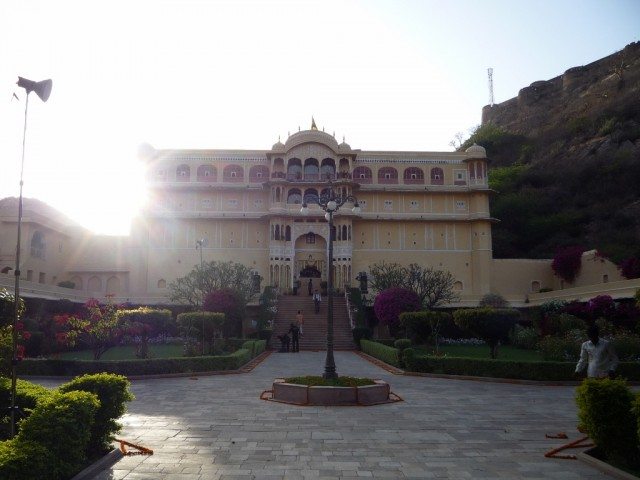 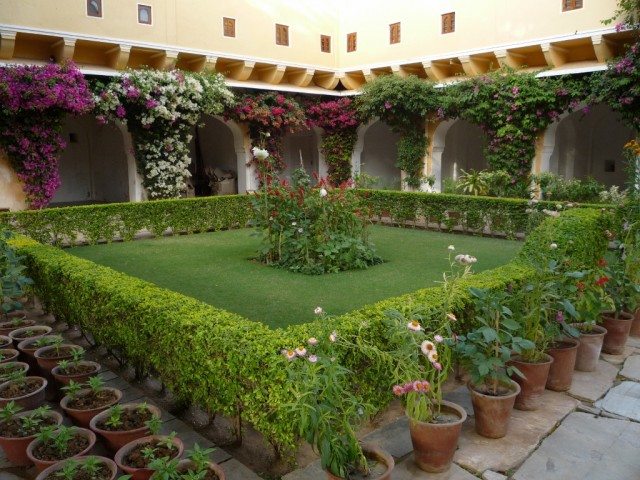 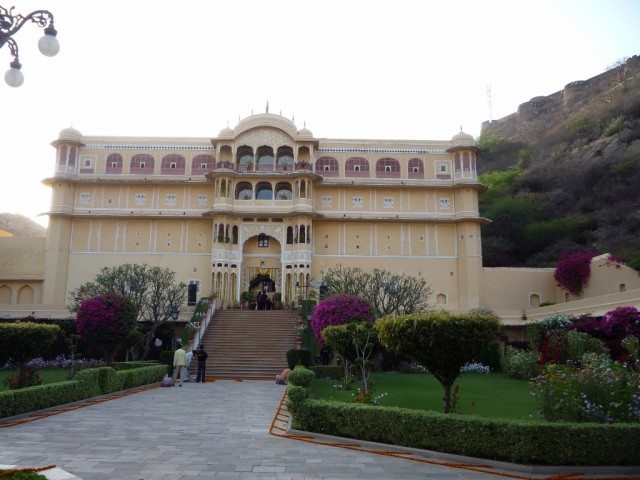 We reached straight at Mughal Garden Shalimar, Srinagar at 2.20 pm. As we were touring during Id festival, plenty of local people were there. All the fountains were in operation. The garden was flooded with glowing flowers.