I wrote about our journey of  around 30 hours to reach Gangtok in the last 2 posts. Next day we leave our beds around 6 am after a good and healthy night’s sleep due to much tiredness in the journey. It was a nice morning with a temperature of around 20 while just 2 days back in Delhi we were struggling in temperature around 45, more than twice of Gangtok. We could not believe to have bath in hot water in the month of May. Gangtok is located in the Shivalik Hills of the Himalayan range, at an altitude of 1,437 meters (4,715 ft). It is the capital and largest town of Sikkim. Sikkim was a separate county at the time of Indian independence and remained so till 1975. On 16 May 1975 it became the 22nd state of India, after the then prime minister of Sikkim requested India to become a state of India due to some internal riots happening there.

As this was our official-cum-entertainment trip, we did not have full day to our luxury for roaming around. We had divided the day into various activities and time slab of 2 pm to 5 pm was scheduled for city visit. As we had only 3 hours with us for the day, it was already planned that we will pay a visit to MG Marg during these hours. We were staying in Development Area of Gangtok and it was not so far from MG Marg. As told by hotel staff, the distance was around 1.5 km. After having our official session and lunch thereafter, we were ready to move for our first city visit of the tour. In Gangtok, the preferred way to get around is taking a taxi. There is no need to hire a taxi, there are so many shared taxis available just like shared auto-rickshaws in other cities and towns. Charges are also very less. Traffic rules are very strict in Gangtok – only Maruti Omni, Wagon R and Alto were running as taxis as far as I have seen there. Apart from this only 4 people are allowed on any kind of taxi and child of more than 5 years counts towards this limit of 4. Yes, Gangtok is in India :-). 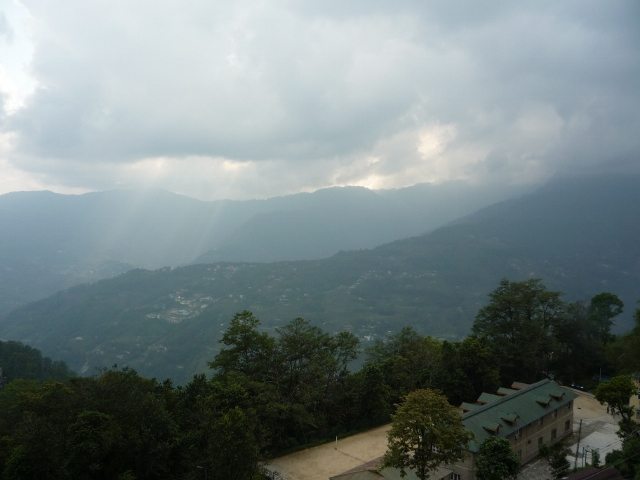 First sight of hills from the city 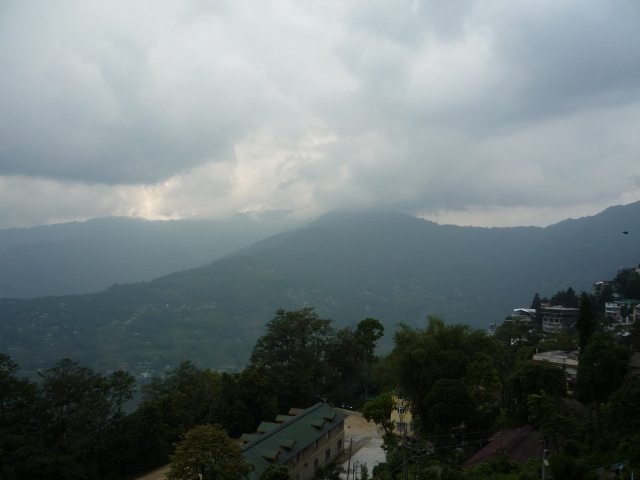 First sight of Hills from the city

We discussed the mode of travel and there were two groups. One type of members wanted to reach the market as soon as possible to start shopping so they took taxis and left. The second type of members like me were slightly Ghumakkar kind of, who wanted to feel each and every bit of the way to market. We preferred to have a group walk till market. First 500 meters path was a narrow road with small shops on both sides of roads somewhat like in an unplanned colony. One thing to note was that almost each Kirana shop (small general store) was having fruits, vegetables and liquor along with the daily need items. Gangtok is famous for cheap liquor. At the end of this narrow road was something like a large parking area. For the first time we witnessed the green hills of Gangtok within the city  at this point . It was nice to see the hills in that cloudy weather. We fully utilized the open space there to have a long photo session. From this point there was an ascent of around 200 meters to reach on major road which was NH 31A. Normally a major road in hill station means a single lane road which has enough space for both side traffic. We came across two beautiful buildings namely Holy Cross Montessori School and St. Thomas Church. Both buildings were very colorful. 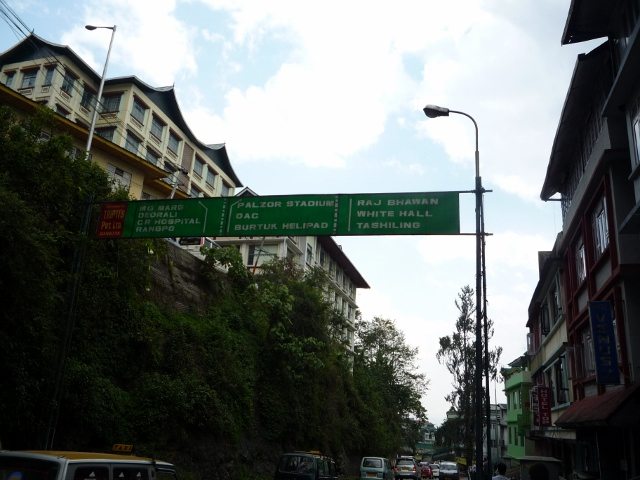 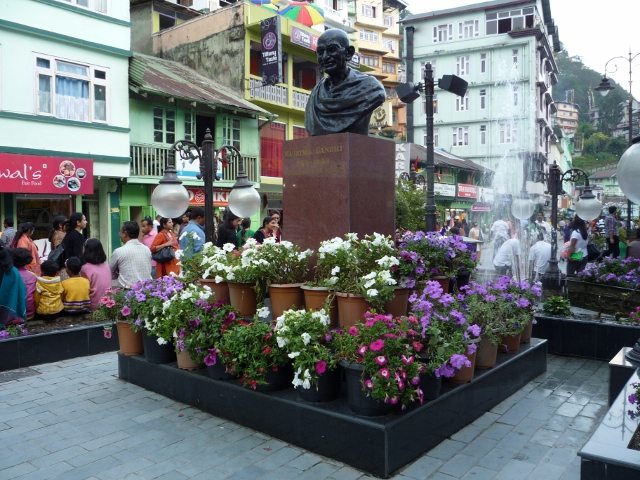 In next few minutes we were at an intersection from where one road goes to Palzor/Palijor Stadium. Palzor Stadium is a large and beautiful football stadium. It is current home to United Sikkim Football Club and was inaugurated in 2005 by Dr. A.P.J. Abdul Kalam. The other road goes straight and after further few meters it divides into two roads, one goes to Lal Market or Lal Bazaar and the second road was our destination Mahatma Gandhi Marg or in short MG Marg. Vehicles are not allowed on MG Marg like in most Mall Roads in any hill station. A large sign board welcomed us at MG Marg. We were completely stunned after witnessing MG Marg, the feeling was kind of a European city. Gangtok administration has developed and maintained it in very good manner. It has been divided into two lanes, one lane for one side walking. And the divider is not a typical road divider. A large number of beautiful plants with flowers  give the feeling of a green belt to the divider. On both sides of divider, benches have been placed so that people can sit and enjoy their time with no hurry. I didn’t have an experience of this kind of setup before. Road was very much neat and clean with no sign of garbage anywhere. One reason for this was a complete ban on polythene. 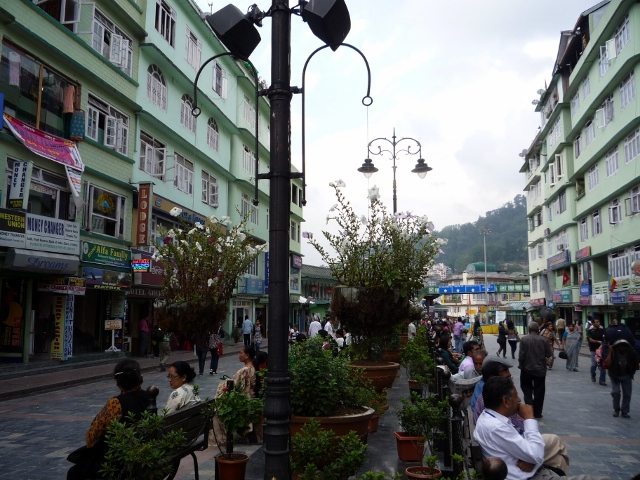 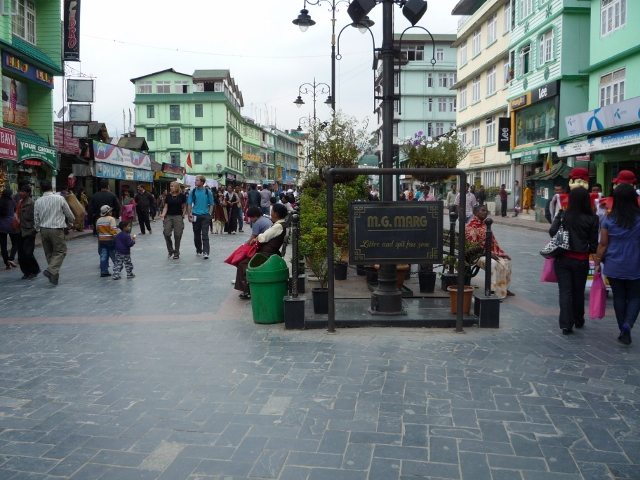 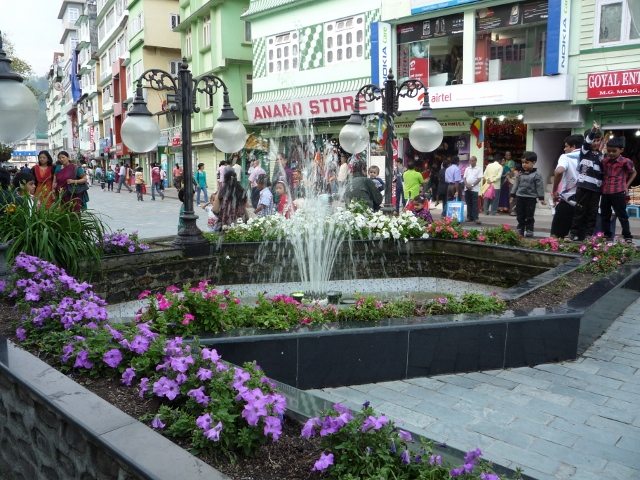 Our members were seen in almost every corner and shop on the road as complete strength was there. Some were relaxing on the benches, some were busy in exploring each and every shop and a few others were just enjoying the leisurely walk. Sikkim Tourism has its office at the entry of the road, its photo has been used by me as very first photo of the first part of the series. The road has various kinds of shops, showrooms, banks, eatery joints and few hotels on both sides. My son was very happy and he was running here and there. We were also relaxed for him as there was not a single vehicle on the road. My wife has purchased some decorative items for home and one local dress for her. The dress was like a draping evening gown made of a single piece of cloth somewhat you must have seen Chinese and Japanese women wearing the same.  Chinese effect was clearly visible on MG Marg in terms of culture and food, shop sign boards were having pictures of the Dragon. 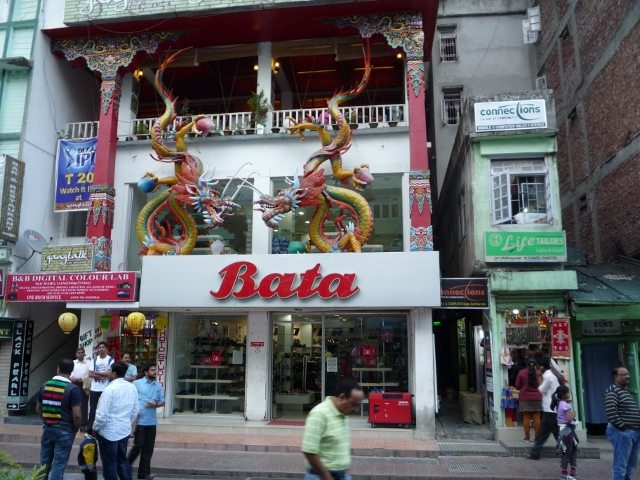 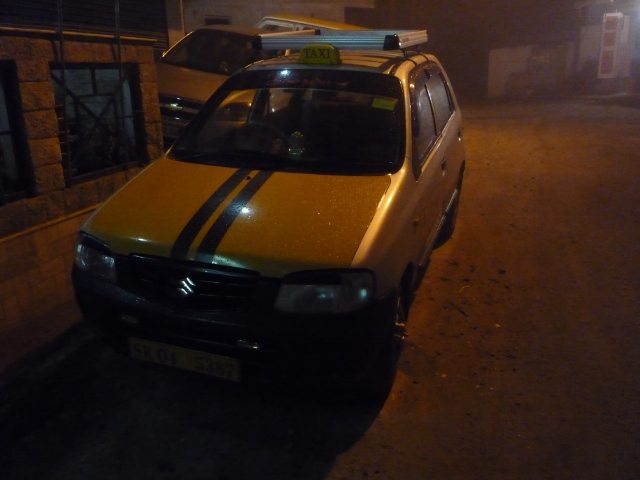 After enjoying there it was time to return to hotel for having our next official session. Scheduled time to return was 5 but most members could be seen in the market itself at that time. We were also late and started our journey back around 5:30. This time we preferred taxi as we were tired due to continuously walking on MG Marg and we were already late to report back in the hotel. It was a very nice afternoon spent there on MG Marg but I faced one personal problem. When we were there on MG Marg, I started feeling mild pain in right side of chest. It was very minor so I took it lightly. But by the time we reach the hotel and attended our session, the pain started increasing gradually. In the evening we were having cultural activities and cocktail party but for me the pain was so much that it was not possible to attend the same. I came back to my room and very soon the pain become unbearable. In fact, I was not able to change sides in the bed. I applied Zandu balm to reduce the pain but the effect was very minimal. I shared the issue with one of my close colleague who told me that the pain might be gastric. He fortunately had some gastric syrup which reduced the pain a bit and I could at least sleep properly. I was worried about my situation for next day as we had to go for full city tour next morning.

Around a month back, I had written an article about the first day of a visit to McLeodganj and Dharamshala. This article is about…