I ended last post of the series on talking about the surprise item. Please forgive me if you were expecting something big and it ends up in much ado about nothing. When we were leaving for the city visit from the hotel in the morning, head of our cultural activities team suggested to organize a program so that our people could know something about Sikkim local culture. I talked to our tour manager and asked him to facilitate this. By the time we returned from the city visit he was able to find one dance party. We discussed our objective with their leader and after some due diligence we booked them for the event from 8 pm to 10 pm. No sound and noise rule after 10 actually being followed in Gangtok. We did not tell about the event to anyone, only the cultural activities team and I were aware of this.

We announced about the surprise item when we were going for MG Marg in the evening, I have written about this in previous post. Almost everybody was in the hotel by 8 and they were talking about what this could be. We, the organizers of this event, were also not very sure whether people would like it or not. This was the time when 2 members of dance party came on stage to perform on first song and everybody clapped a lot to welcome them. In total, they were 7 members including one manager and one audio operator. 5 member team of main artists were comprised of three males and two females. Artists were dressed in local tribal clothes. I don’t remember correctly now but I think they have performed on three solo songs and on same number of duets. In the end they jointly performed on the very famous Sikkim song ‘Malai Sikkim Manparcha’ written by Sikkim chief minister Mr. Pawan Kumar Chamling. Everybody was enjoying a lot. For the ‘Malai Sikkim Manparcha’ song the team invited anybody to join them and many of our colleagues joined them for the dance. I liked this particular song a lot and after returning from Gangtok I found this song on YouTube and listened so many times. Even now I used to listen this often. The event turned to be a great hit and everybody has given a standing ovation to the dance party at the end. The filmi songs are nothing in comparison of, but we are forgetting our own culture day by day and doing nothing to preserve it. 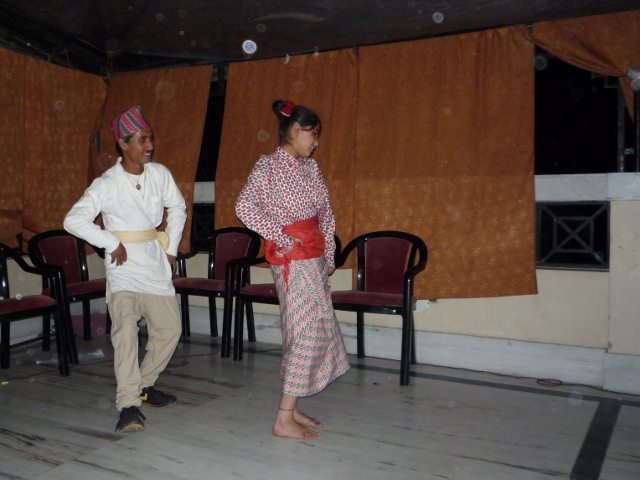 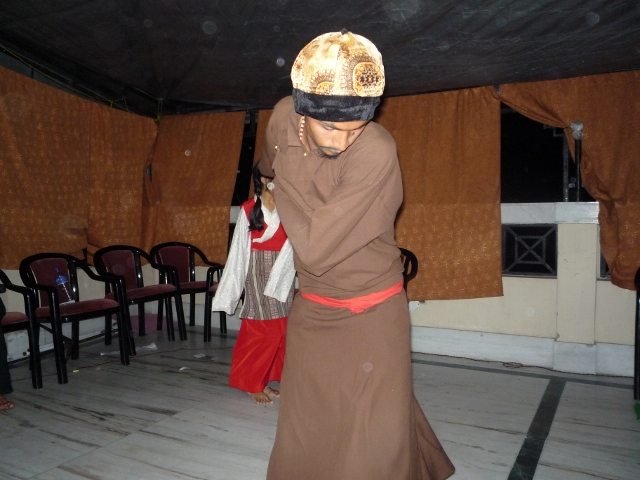 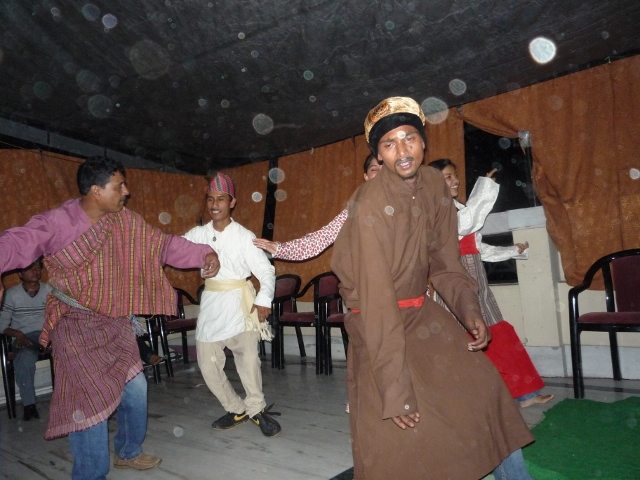 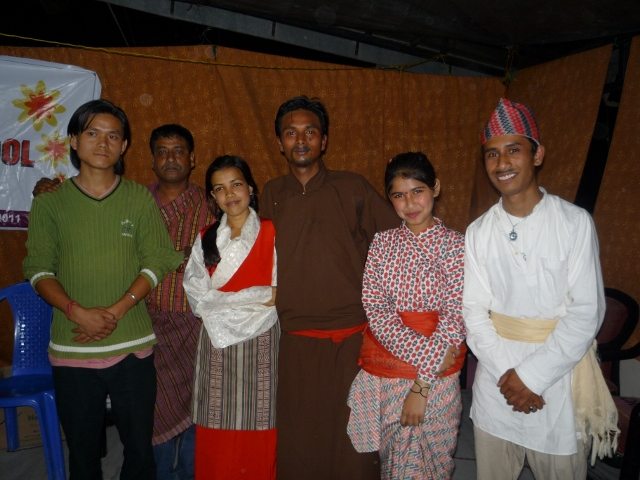 We announced everybody to be ready at 5 am in the morning to leave for New Jalpaiguri. I cleared all the bills of hotel and other related things. We chatted a little with our Assam team members before going to our beds as we have to be separated next morning. In the morning everybody was ready at the scheduled time. We have already planned for small packs of breakfast to be given on the bus. As it was early morning and the roads were empty all the buses were there in front of the hotel. We cleared the first bus of Assam team as their train was earlier than us, but not before loading the breakfast packs. Finally we leave Gangtok around 6 with both happy and sad feelings as happens mostly at the end of every trip.

As it was early morning and it was not possible to take full sleep last night everybody went into sleep mode after 10-15 minutes of the journey. This time I was in the window seat as my wife was also willing to sleep. But me and my camera was not having any desire of sleeping as I wanted to capture the beautiful Teesta river in my eyes as well in the camera lens. The views from the bus window were amazing. Early morning, cloudy weather, green high mountains and flowing Teesta; I could not ask more from the Nature. I clicked endless photographs. After some time it started raining which made the surrounding more beautiful. Around 7.30 we stopped in the middle near a small tea shop just near the banks of Teesta. It was a great experience to have tea on the banks of Teesta while is was raining outside. The rest of the journey was uneventful except for the nausea due to sharp descent curves near Sevoke. Everybody was just waiting for the hills to end as soon as possible. 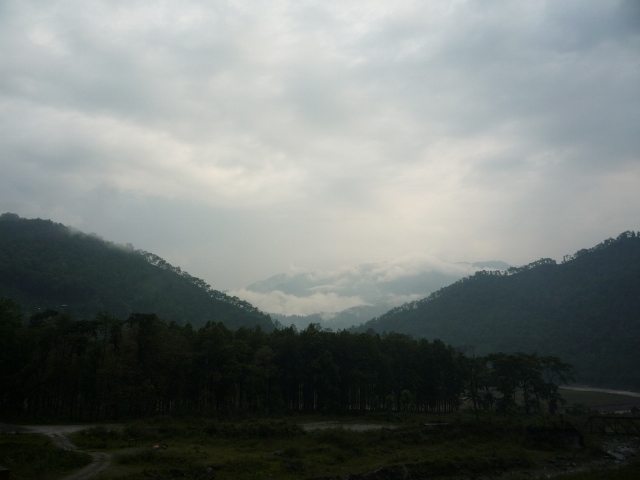 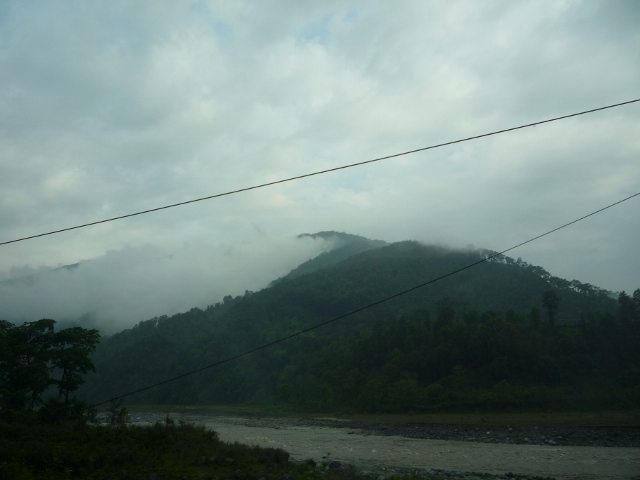 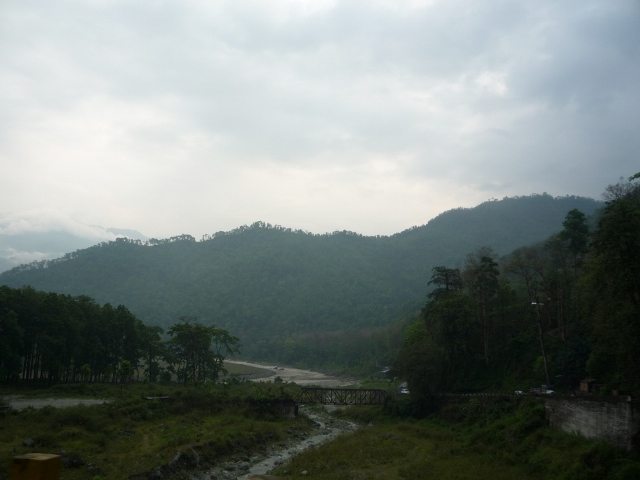 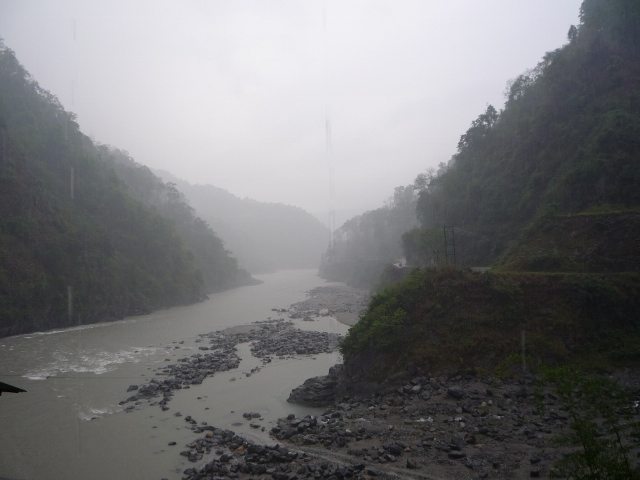 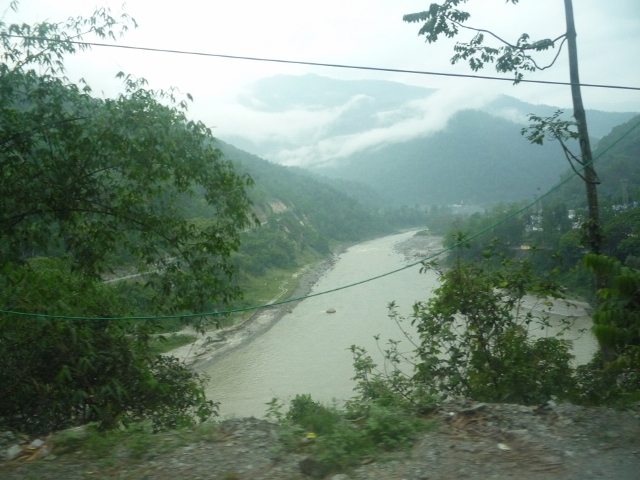 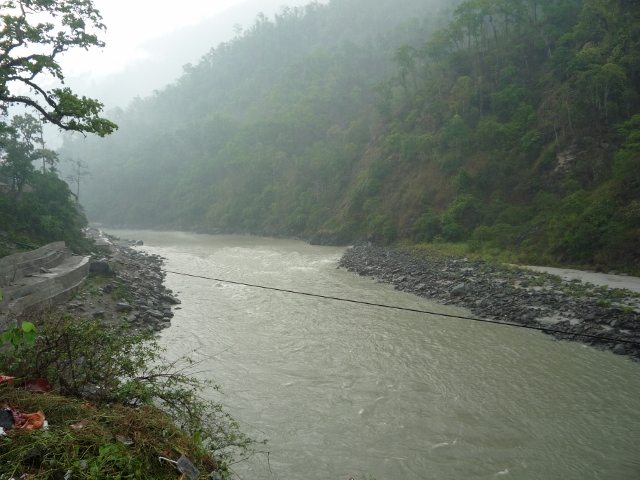 We reached at New Jalpaiguri station around 10 am. The train was scheduled to depart at 1.15 so we had enough time. We had Dahi-Paranthas in a nearby restaurant. Somehow there were no breakfast packs in our bus so we were all hungry. After that we just roamed around the station. Few girls went for shopping to Siliguri, nobody can challenge the shopping capacity of women. The train arrived at right time. There is nothing much to write about the train journey except one incident. We did not find our bedding in our Extra coach. We came to know from train staff that may be they forgot to load the bedding at Guwahati station. We discussed the issue with TC and he was not very hopeful. We called the persons at Northern Railway office who have booked the coach for us. We were being told that bedding will be provided at Katihar around 4.30. We were not much worried at blankets were required only at night and there was enough time. But when we reach Katihar we were being told that now bedding will arrive in Barauni around 7 pm. Now we were worried so asked TC to suggest a solution. He advised us to not allow the train to depart from Baruani if the situation remain same. He told us that as Rajdhani is a prestigious train, focus will be shifted to our problem when the news of train stopping will spread. And situation was indeed same at Baruani. Few of our colleagues went to talk with station master for checking the status. We also called up few reporters on station as we have our offices and links in Bihar. As soon as the train moved, our persons pulled the chain to stop the train. Then the station police in-charge came with a few policemen to know the reason. Then after a long discussion he assured us, in writing, to provide bedding at Patna at any cost and faxed the letter in front of us to Patna station master. Finally we got our bedding at Patna, otherwise we were ready to pull the chain once again. :-) 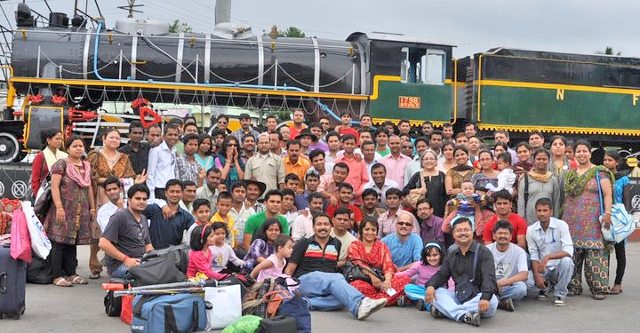 Time for a group snap

We arrived at New Delhi railway station right time around 10 am. We say goodbye to each other after this wonderful trip and reached our home in another one hour. We were remembering the cold days spent at Gangtok while braving the summer heat here in Delhi. This trip will always be in our and specially my memory forever. Few months later, on September 18th we heard the very sad news of earthquake in Sikkim. At that time complete picture of places and the nice people of Sikkim was running in my brain and heart. May the soul of people died in this natural disaster Rest in Peace.

So here is the end of this series. Last but not the least, I would like to thank my wife via this platform for her support during this tour. She asked me to give preference to the whole group instead of her during the entire trip. She managed most of our personal things on her own including taking care of our son. On this weekend, we are in Mussoorie for celebrating her birthday. This Mussoorie trip is a small gift to her in lieu of her support in Gangtok trip. I wanted this final post of the series to be published today on her birthday and somehow managed to do it. Happy Birthday Urja !