On the sixteenth day of our road-journey, we were doubtful if we could reach Mt. Abu by driving almost 650 km in one day when it was almost 9 am at Narayan Sarovar. Ok, it was decided to decide it as we move on, depending upon the road condition and tolerance.

We had two options, one to return on the same route i.e. via Nakhatrana-Bhuj-Bhachau and the other was via Naliya-Mandvi-Bhachau. The earlier was shorter by 40 odd kms. It was decided to take the longer route for two reasons, one for visiting Mandvi on route and another to drive along the coast with a bleak hope of sighting the sea at some point, might be. To add on it, we were soon informed of a very unique place, Pingleshwar on the selected route. Thus decided firmly, we started with only 5 litres of Petrol.

Narayan Sarovar to Mt. Abu via Nakhatrana-Bhuj is around 590 km and via Naliya-Mandvi is 630 km on NH-8A upto Samkhiyali from where a left on NH-15 upto Radhanpur thereafter, on NH-14 upto Abu Road. The road throughout is well maintained and four lane except the link road from Narayan Sarovar to Naliya. 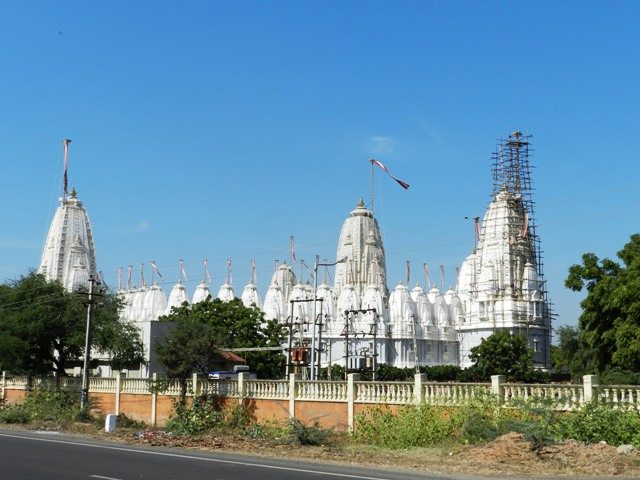 A Temple on the way to Mandvi 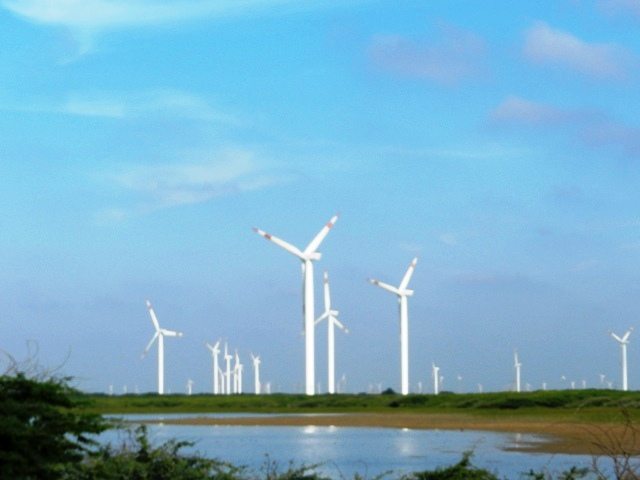 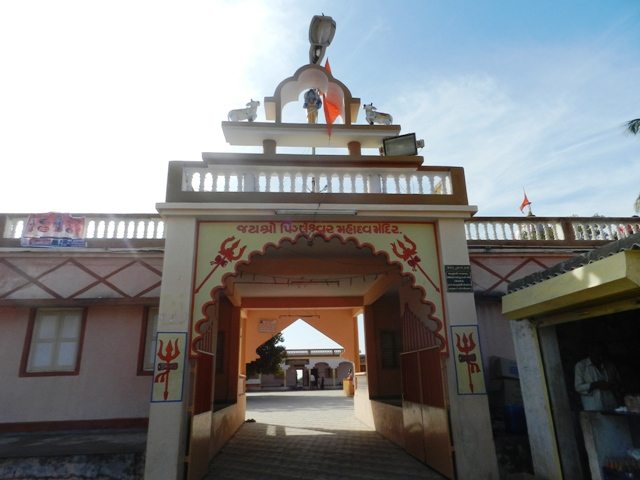 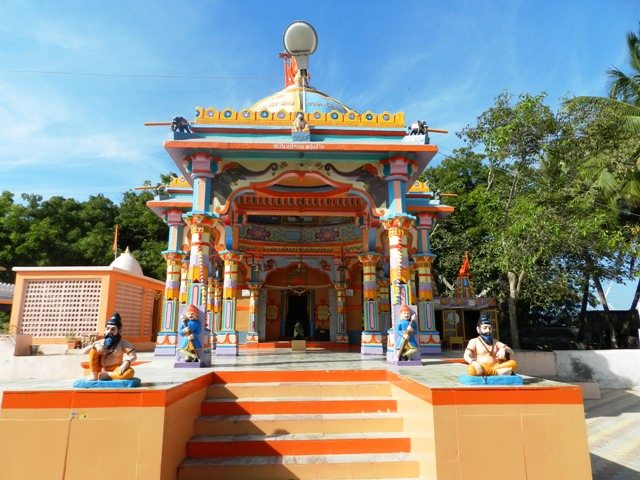 Due to proximity to the international water boundary the Gujrat Marine Police have a post here. The special police was designed to guard the long coasts of Gujrat upto 10 km deep in the sea, beyond which the Indian Coast Guards and Indian Navy patrol. We met a decent officer who informed us all about this and later also joined us upto Palanpur in our car to reach his native home on his two days leave. Prior to that, he escorted us with a team of officers for visiting the virgin beach of Pingleshwar. 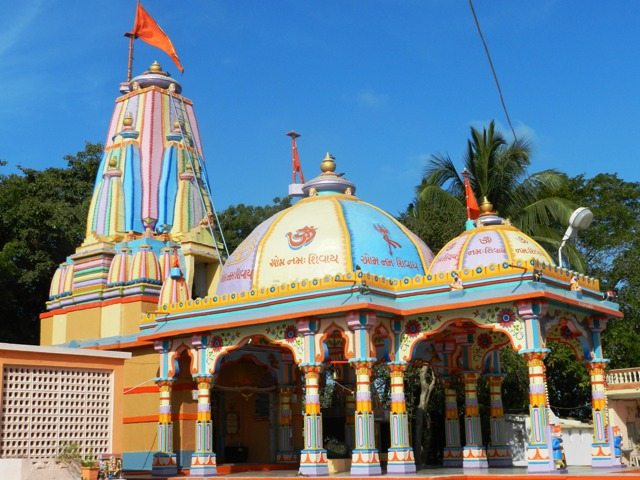 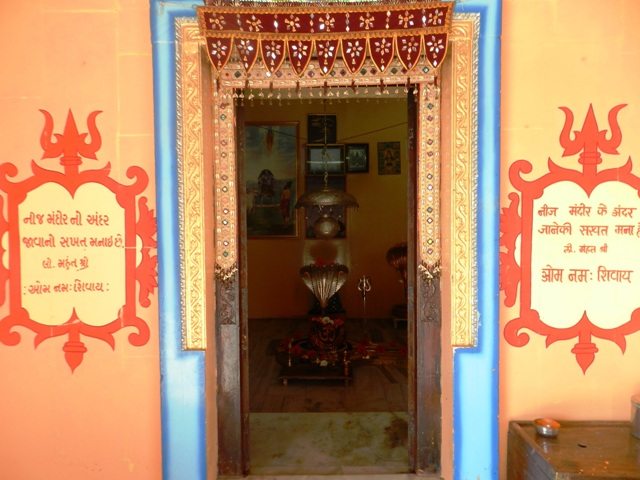 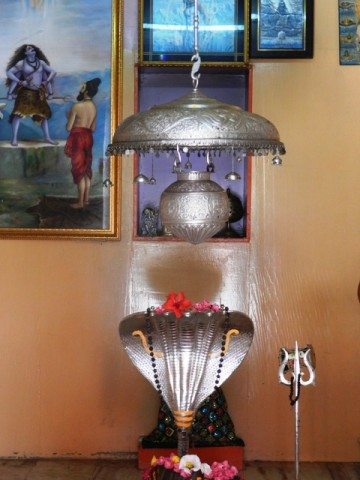 Pingleshwar, unlike most other beaches visited so far, is very turbulent. The high tides are rugged and the waves split thumping loud and splash roaring, creating dense white surf like
foams on the surface. Not advisable to dare swim in there nor try hand in any sporting activities. 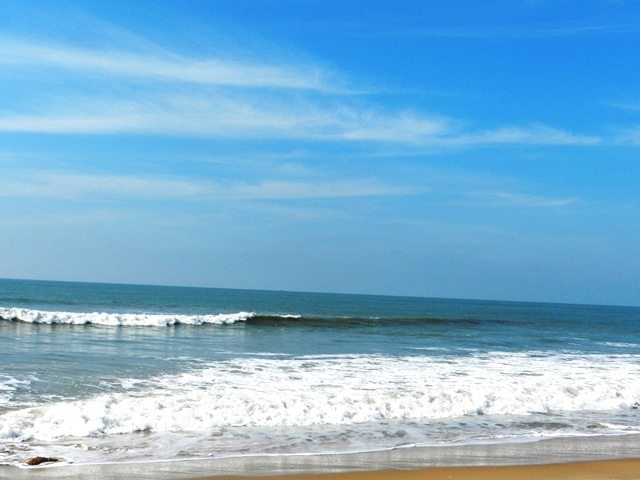 On the other hand, the view of the sea and the contrast is so magnificent that one can sit at the shore for hours and hours. Breezy of course, but the fragrance of freshness is just rejuvenating and the long-long beach lure to walk along into the infinity. 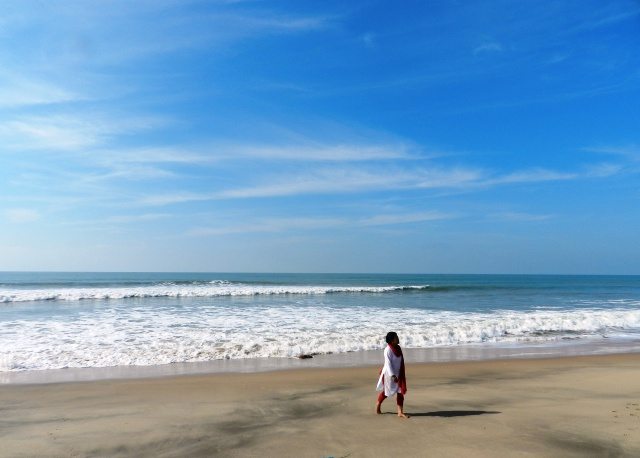 A few minute walk on the beach will take you closer to where the Nayaro River merges with all its might into the mightier Gulf. It was a real worth visiting the least visited site. Along with the Gujrat Marine Police officer, we headed towards our next destination, another much popular beach, Mandvi. 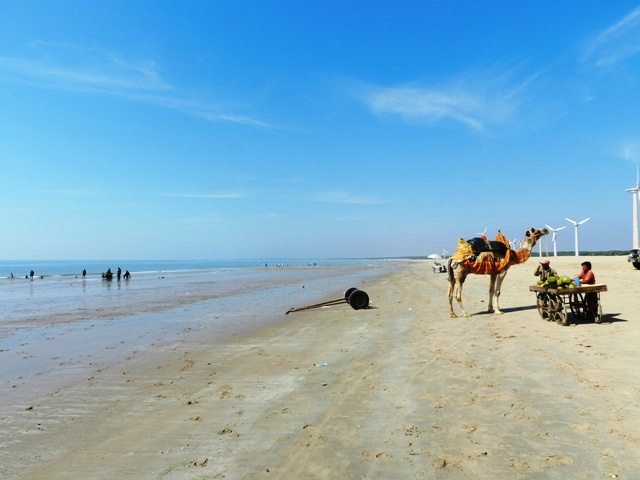 Mandvi is quite a busy old town, once a summer capital of the King of Kutch, Maharao was a fortified city. The forts are ruined by aging and due to natural calamities, still exist with pride praising its glory in the past. Inside the town, it was pretty planned and spacious but the main road and the adjoining area was over crowded to somewhat mismanaged type. 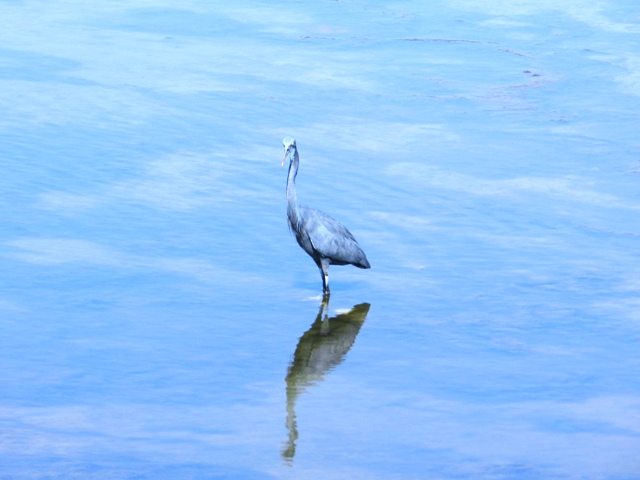 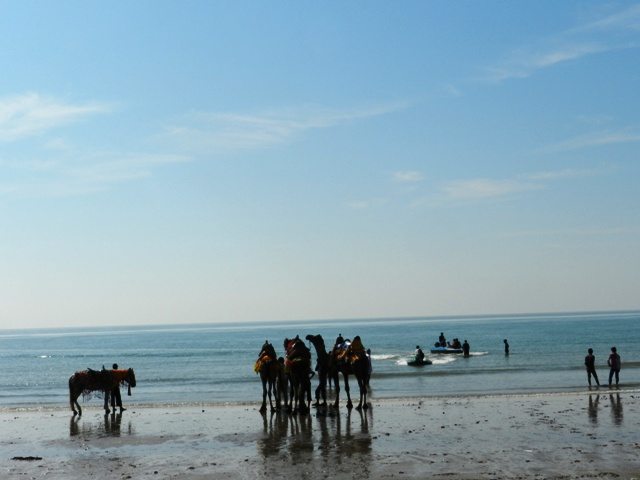 We reached the shore and found a large open and wide beach in front with lots of activities, as available in any famous sea beaches. It was pretty windy but soothing with the magnificent view of the clear blue water beyond the white sandy beach. The wind mills were dominating here too but adding only beauty to the panorama. It was almost lunch time and we hadn’t had our meal since morning therefore, we decided to enjoy the beach view while relishing something from the food stalls available there. 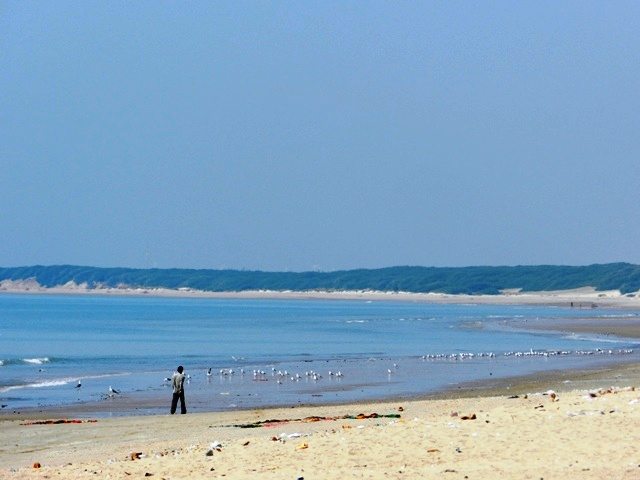 After eating stomach full of Bhajias and other snack related local stuffs, we preferred sipping couple of fresh coconuts instead of the bottled water. With proper time management, we enjoyed both our meal and the beach view. It was 1 pm and we were still 480 km away from Mt. Abu hence, it was decided to drive as much as, non-stop. The officer accompanying us was pretty excited with my skill of driving the Swift so swift and exclamatorily equated to reach his home town Palanpur by 8 pm. He was too generous insisting us to stay in his home for the night. Despite of our resistance he telephonically informed his wife and children and asked them to arrange for us.

The road towards Mundra and Gandhidham was jam packed with heavy vehicles and tellers due to the busy ports and industrial area there. Once crossing Gandhidham it was a zoom smooth. The NH-15 & NH-14 were very shiny and maintained throughout. Much before the predictions, we reached Palanpur at 7 pm, by covering 400 km in 6 hours at a stretch, except stopping once for fueling and refreshments at a petrol pump.

Palanpur to Mt. Abu is merely 80 km on NH-14 but there is another way on a link road via Ambaji, the most revered deity of the region. We decided to continue & reach Mt. Abu hence, begged pardon for regretting the invitation and dropped the officer at Palanpur heading towards Mt. Abu on NH-14. At 9 pm, we could finally hit the destination. This was my 3rd visit to Abu so I was quite acquainted with the only hill station in Rajasthan. Another water hole for booze parties for the residents of the dry state but not messy, like it was in Daman.

It was a real single day long drive through many stopovers and sightings, finally reaching the destination safe and sound but bit over stressed. Soon we found a very decent, sort of small resort and immediately reclined on the cozy bed. It was pretty cool after wandering so many days in the dry-arid and hot atmosphere. The room service was prompt and I was more prompt in ordering two tins of strong KF before my wife came out of the washroom.

Sitting in the lounge, sipping the super chilled aerated drink, released some muscle stiffness and relaxed the back to some extent. A massage spa was a boon, hence decided to go for it but alas it was close for the day. After relishing the delicious Mutton Biryani, we slept to wake up only at 9 am next morning.

Today was our tenth day here in London, and our plan for today was, er… nothing. We were basically going to sleep and rest for the first half of the day, then we would go to The Garden Café for a quick bite, and then for the second half we would come home and sleep and rest a bit more.
We decided to play a little game of taking pictures of the signboards that came on the way.