Over all Canada is peaceful.. full of chinese, desis and almost all nationalities.. How is Canada better than USA? well the rules are strict, but police and immigration are polite and helpful… no gangs targetting the desis…. no mugging, no looting and almost no racial hatered.

Finally we reached Niagara ! I was excited. The views around were magnificent. Since it was not a tourist season, lesser people and relaxed atmosphere. 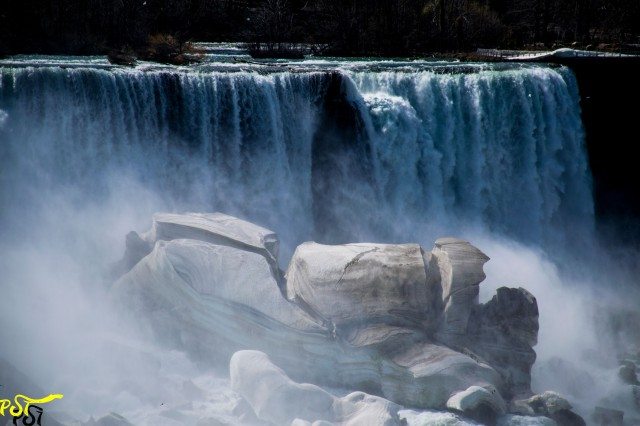 snow had still not melted

s you all know Niagara has two falls Bridal veil fall and horse shoe falls. Bridal is in USA and Horseshoe in Canada… but both the falls face Canadian side. From USA you can have only side view of Bridal veil fall and mist of horseshoe. Hence Niagara must be seen from Canada side. There is a bridge between USA and Canada called the Rainbow bridge.

The first shock was that Maid of the Mist have lost contract and stopped working. A new company called Blowhorn were erecting their hoardings and preparing the docks for their operations and would start working from May 15th. Alas ! a wonderful experience was lost… yet the place was worth the money I spent.

(All these fotos have been shot by my new Nikon D-5300 in intelligent Auto mode (becoz I have yet to learn dslr)…. constructive criticism (or खाली वाह-2) will be quite helpful 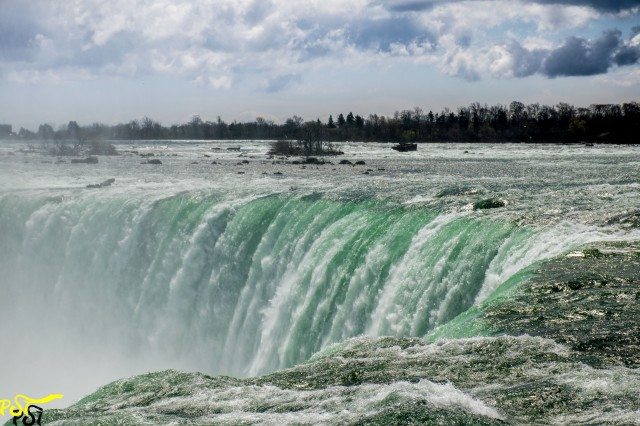 Luckily “Behind the Falls” was open and we purchased tickets to enjoy this. Perhaps the tickets were 18 dollars per person. We went to the lift which took us down inside and left us at a long gallery having some tunnels leading to behind the falls. Nothing was visible from tunnels, just a loud roar and mist…but the feeling of being behind the magnificent fall was great. 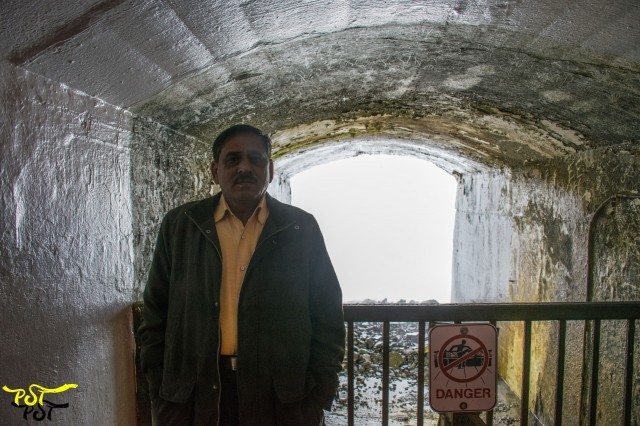 Besides the tunnel behind the fall, there is a deck also which opens by the side of the fall and we can see Niagara from sides, a view which no one  will ever forget in his life.  There are two decks to see the falls, the lower and the upper.

The lower deck was still closed due to snow, but the upper deck was open and we enjoyed the Niagara from a different perspective 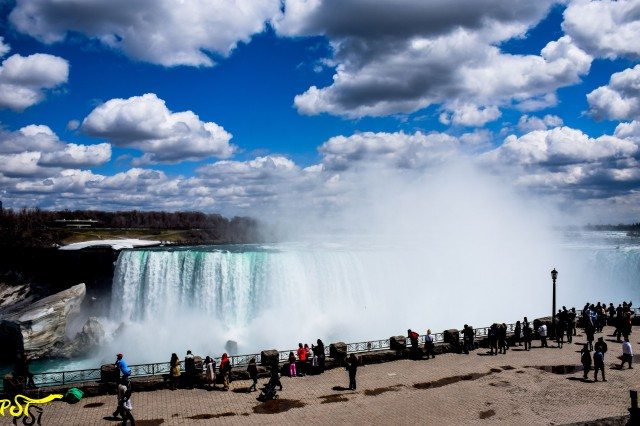 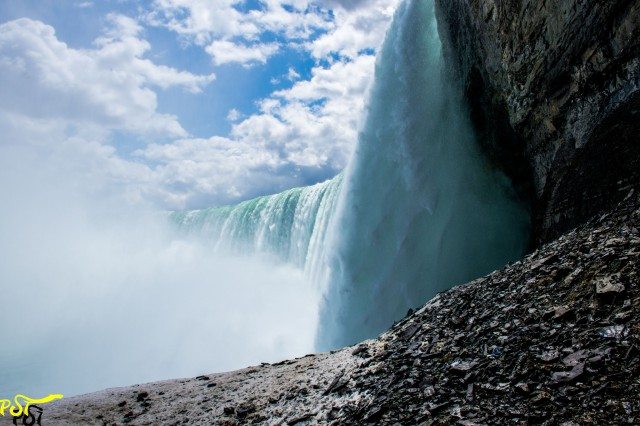 from the upper dock 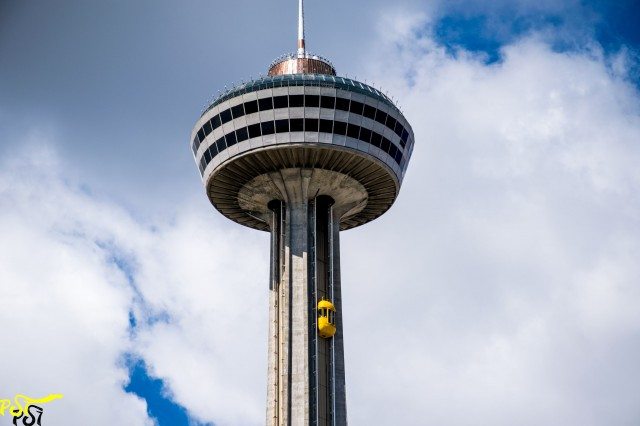 Besides the falls there are many other attractions in Niagara…  a skylone tower which is a replica of CN tower from where we can have a broader look of the Niagara area.

The Area is full of various entertainment houses… the horror houses, Jurrasic park, dolphins park and a big wheel.  They charge some 15 dollars to give you 5 spins. 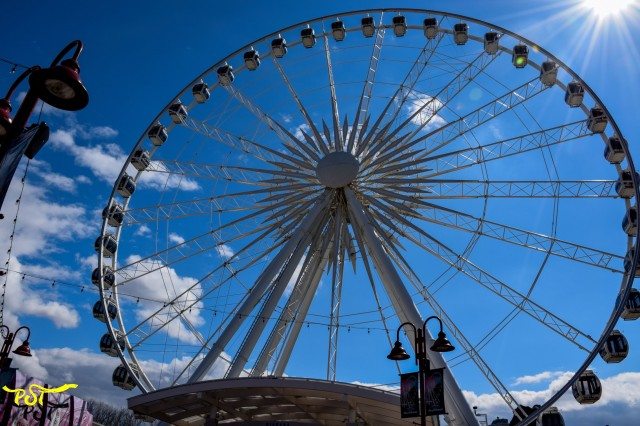 There was also a house which was built as if it has fallen down.. 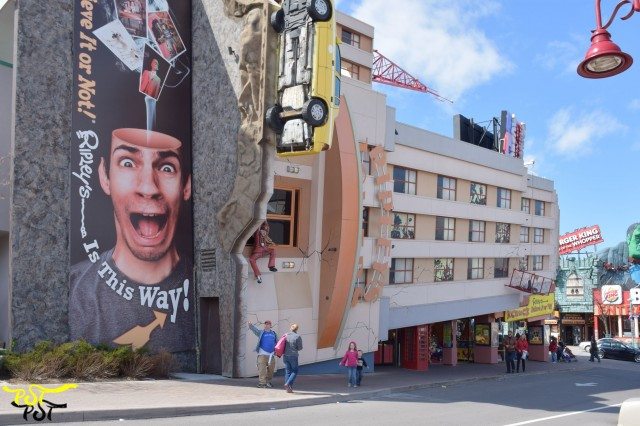 Some more fotos of Niagra and around 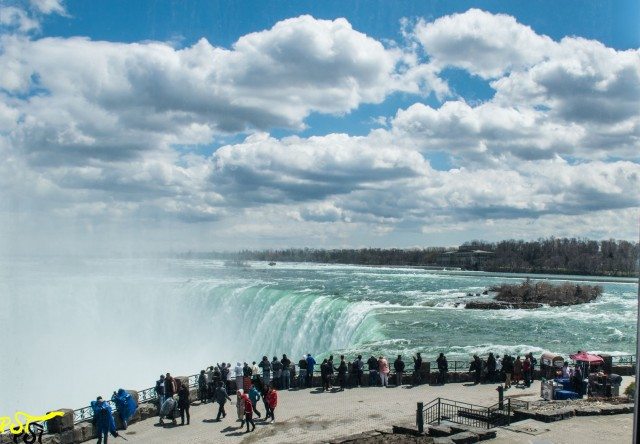 a panorama of Niagara 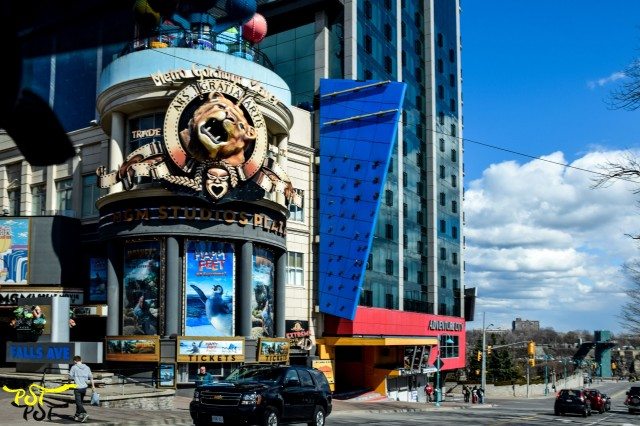 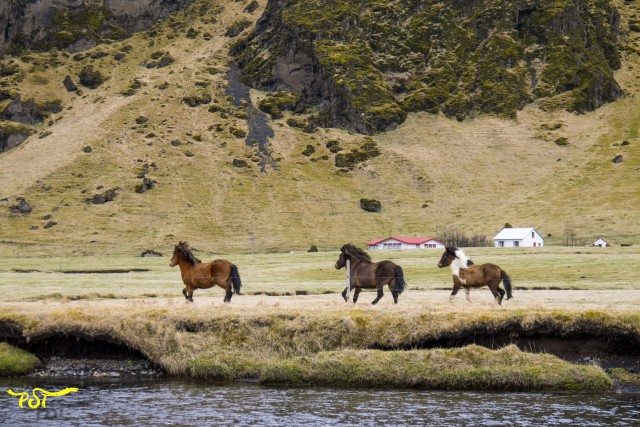 Canada is well developed with high rise buildings and all modern amenities  but suddenly Iceland started looking more beautiful… with no change in anything for the tourists….. here  the nature is raw, rugged and rough… as it is naturally… and more beautiful … Alas I am leaving this heaven very soon :(

Part-1 : Delhi to Udaipur It was almost a year that I had not taken any long road trip (since the last trip to…