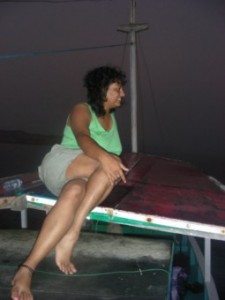 Not the sun salutations of course...but yes, waiting for it. The black piece of rubber is the fishermans charm given to me by one of the crew. 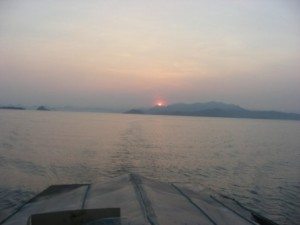 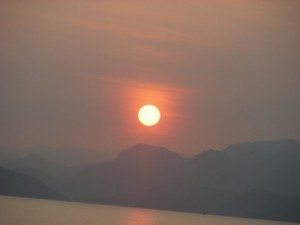 If words could a sun rise make.... 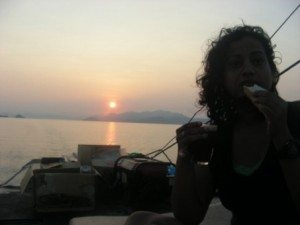 Coffee and bread on the boat-top makes a fine breakfast. Something about the sea breeze!