So folks here I am again with my words to start a virtual journey of the capital city of Gujarat, its twin city, Amba Ji and a part of Rajasthan…. But how we reached Ahmedabad is what I would like to explain first. Summer had already spread its wings and Jalandhar was no exception to this on 1st of June 2013. Bhakti’s Physics tuition teacher had already decided to go to Huzoor Sahib, Nanded so Bhakti was free now for 10 days from tuition classes… Hum to waise hi free the as college was off for 50 days. The confusion was great now as to where to go during these free days. Heart was pointing towards some hill station but in a corner of heart somewhere Ahmedabad was calling us and all the family members also wanted to go there, the only hitch was summer weather and we had decided to go in our old trusted Maruti. So there were second thoughts, tenth thoughts, infinite thoughts were coming in the mind. So it was decided to go to Nainital and woolens were out for an outing but at about midnight I woke up wife and Bhakti and said that I was not feeling right to drive in the hills and let’s twist our plan and go to Ahmedabad instead . O.K. all get set for driving sojourn in a non A.C. car in this heat but that’s Ghumakkari and to spice it up we decided to enter Kotputli driving through Malerkotla, Dhuri, Sangrur (Punjab section) and Tohana, Hansi, Bhiwani, Mahendragarh (Haryana section).

4 OPTIONS BEFORE ME TO CHOOSE THE ROUTE FOR THIS TRIP:

1. Jalandhar to Ahmedabad taking that traditional way via Delhi and Gurgaon

2. Reach Bhatinda from Jalandhar (165 km) and then take Hanumangarh expressway straight till Kishangarh and then to Ajmer and N.H 8till Ahmedabad.

3. Jalandhar to SriGanga nagar and then on to Bikaner before reaching Udaipur for onward journey

4. Jalandhar to Kotputli and then to Jaipur and onward journey on N.H 8 via interior parts of Haryana (Tohana, Hansi, Bhiwani, Mahendragarh).

This was the route that we gambled upon, the reason for which god knows now. I had anticipated to reach Ajmer by 6 P.M. starting at 6 A.M. from Jalandhar. But even at about 8 P.M. I was still on the highway between Jaipur and Ajmer, 3 Hrs behind my schedule courtesy potholed roads near Mahendragarh and rush in the towns of Haryana where no byepass facility was available. Now I was laughing at Google as well as crying inside. Ajeeb feeling aur oopar se yeh Garmi that about Rs. 600 was spent on chilled bottled water that day… 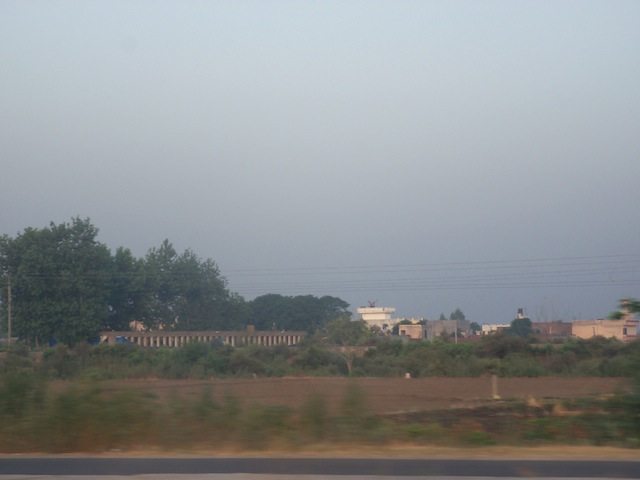 The new way explored by us 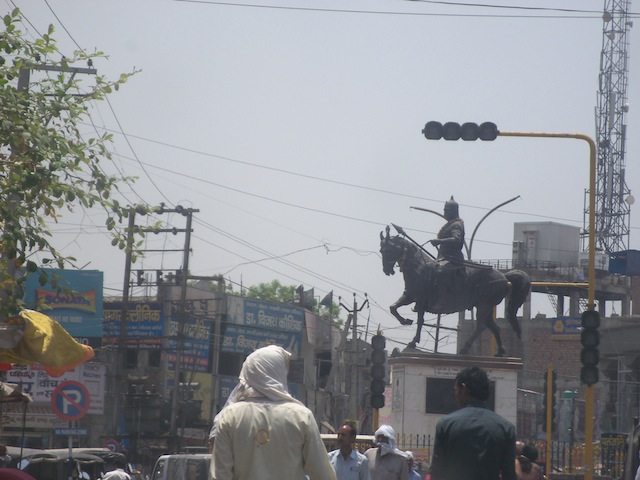 A view of Bhiwani city

Actually I had not seen these parts of Haryana and was familiar with G.T Road area of Haryana but my curiosity took toll of us all and I also inferred that taking out Gurgaon and other NCR area of Haryana, nothing much is left to boast of especially in the matter of road infrastructure. Road near the town of Mahendra garh is just non-existent. Don’t look for that basic facility to drive on. Sometimes pedestrians used to pass me by, smiling.

Bhiwani seemed to be a big city and somewhat better at par with bigger cities of Punjab and we had sugarcane juice at one roadside stall , speciality was that the glass was too large and I had not seen that type of glass before. Rs. 30 for 1 glass of nice sugarcane juice at Bhiwani.

Every hour bottled water was bought and vroom… it used to vanish like anything. 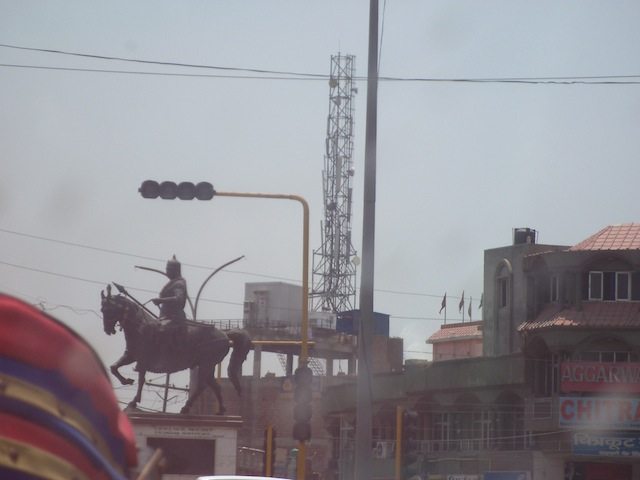 Crossing Jaipur also proved to be a hurdle in the evening as I encountered heavy rush in the city and one could not reach Ajmer or onwards without passing the pink city. So what I wanted to avoid could not be avoided actually. Twilight had spread its wings and we were feeling really hungry now. Just before Kishangarh at one nice Dhaba we took our dinner (chapati, gatte ki subzi and chhachh) and I threw a proposal to my wife to continue our journey continuously till Udaipur as I was really in rhythm by that time… hahaha.

Kab pahunchenge Udaipur? was the question popped at me and my guess was to reach Udaipur at about 2 A.M in the wee hours. No way was the answer as I was the only driver driving since 6 A.m and it could mean a risk but now I was adamant not to stay at Ajmer and be on highway so it was decided to have a night stay if some suitable place is encountered on the way and if I felt sleepy. O.K deal done… So with a renewed vigour our journey continued with wife taking the back seat for a comfortable half sleep and my daughter Bhakti came on the front seat with bottles of chilled water so that she could remain awake thus motivating me… So safar chalta raha and at about 11.30 P.M the wife asked me the time and knowing that it was nearing midnight and we were nowhere near Udaipur, an ultimatum was issued to search for a nice place to stay. Near Bhilwara or perhaps it was Chittor, the a signboard of New ghar Highway Dhaba (quite spacious) with rooms available facility attracted me and luckily got a room at reasonable price (Rs. 600 for an A.C room). Everyone was happy now including myself though I was egging them to move on hahhahaha… This place is on the left side of the highway on the national highway and is quite comfortable to stay and have food also. So folks the journey which was started at about 6 A.M in the morning culminated for the day 1 at the highway itself leaving behind sweet and sour memories of that day… 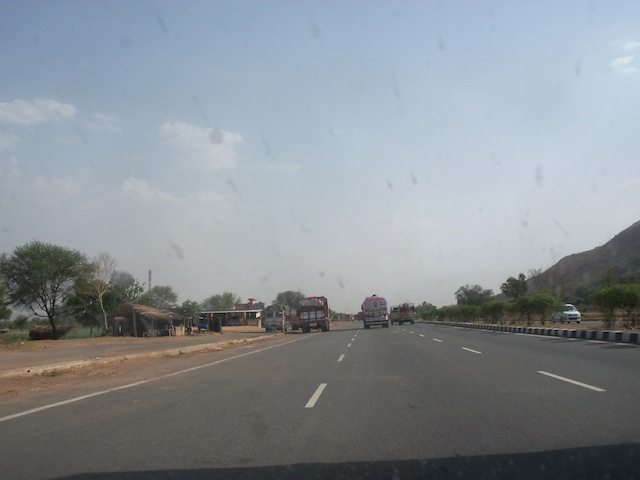 WHAT NOT TO DO (Kya sabak sikha pahle din)? Not advisable to take this route unless you want yourself and your family members to go on suffer and not safar. 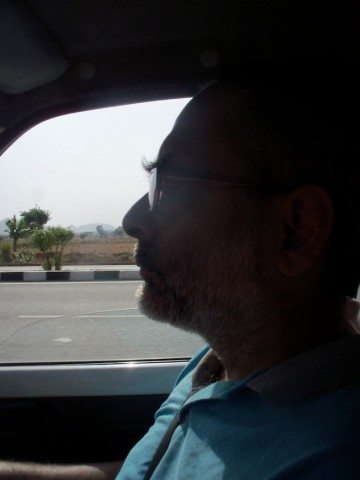 The final approach to the tomb led me to a large open space, perhaps four football fields, where a number of small fires were burning. It appeared to be the dumping ground for the entire city of Gulbarga.