We started at 0700 hrs from Lucknow, had our mobile breakfast on the way keeping in mind to cover the distance of 314 kms to Varanasi within midday or a bit more to enjoy the essence of the holy city “Varanasi”, as we only scheduled there for only a day. I purposely avoided the NH 30 and NH 19, which went through Allahabad, remembered the situation while we started through Allahabad in the beginning, though there was no special cause of traffic jam that time but didn’t take the risk.Hence took the NH 30 and to NH 31 after Raeberilley from “Modhupuri”. It took the clock 6 hours to stuck 1300 hrs when we reached at Varanasi.

Regarded as the spiritual capital of India, the city draws pilgrims and visitors from all over the world. The sacred river Ganga, “Kashi Vishwanath temple of “Lord Shiva” are center of attractions. We booked at “Lakeview Hostel” which had a good rating but unfortunately they had some silly excuse for us to made us harassed which I suggest a concern for anyone who wish to book it and after much discussion with the hotelier and the booking agent “goibibo” and judging some of the stays nearby, we settled in a decent guest house, which took us another one and half hour under the hot Sun. The city had a power issue that time which was confirmed by the locals and in that ground it is suggested to everyone to keep power back up option while booking. 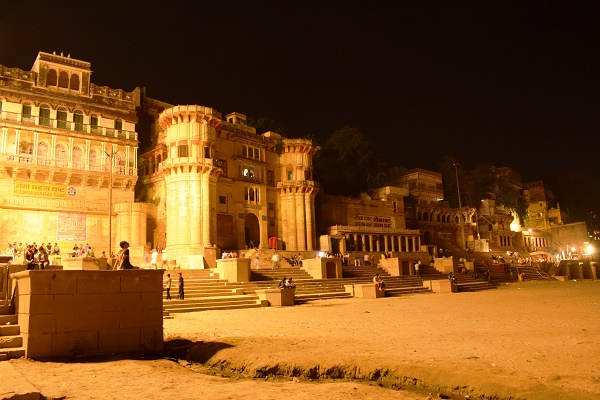 Though a sacred city and which needs a much more care from the authorities to renovate it. in reality it was actually full of broken roads, some of which were stone paved and it is quite horrible to think that what is happening now in monsoon because I saw those in full summer. Still the ambience of evening rituals, “Sandhya Aarti” of river Ganga was really mesmerizing as we all grew up with many tales, a glimpse somewhere sometime in our mind, the seraphic beguiling aura of holy smoke from the shine of hand held heavenly lamps of the priests praying in a chorus chant, the auspicious “sandhya aarti”.

The dancing rituals of the priests with all those lamps, bells in rhythmic manner was enrapturing sacrament. What ever one feels about the city and even in any consequence of  unexpected events, its a must for anybody to watch those ceremony in an  unconditioned positive reflex and by almighty s grace, we were there to watch it in the early evening with our hypnotized eyes, the chants seemed were not earthly but from heaven, which made me goose-bumped. Later on prayed to goddess Ganga and floated “Dia” to her embrace. 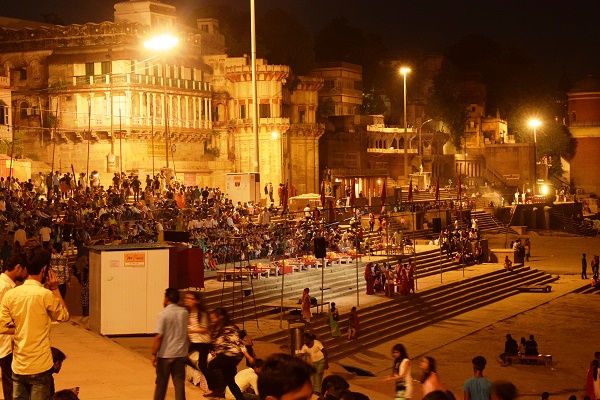 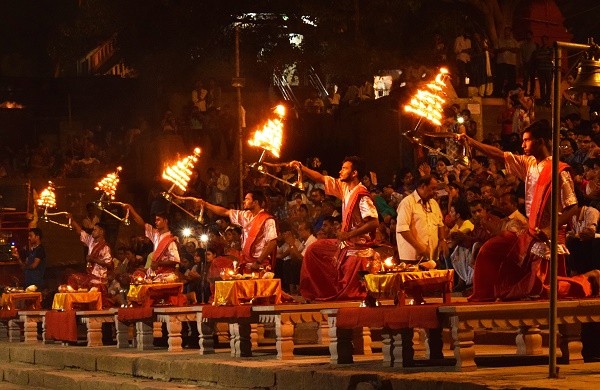 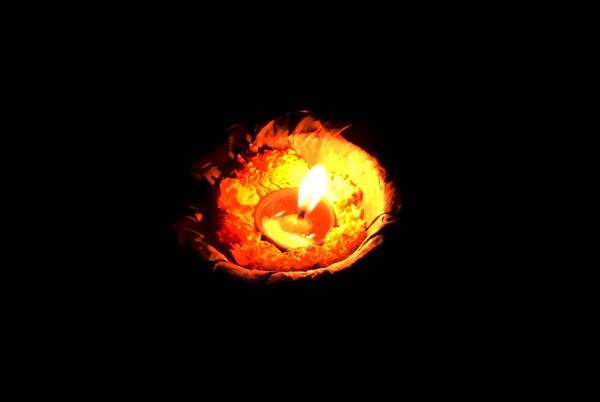 praying to the goddess

Earlier I thought of a night halt in between Varanasi to Kolkata which was a long and hefty 687 kms in total but things went to our favor and we started quite early at 0530 hrs from “Varanasi” to counter the unseen mishaps of the roads and we continued through NH 19, took a halt for lunch somewhere between “Chouparan” and “Bahari” in a simple Dhaba and carried on full fledged until meet a exceptionally heavy rain from near “Dhanbad”, almost up-to Kolkata, caused huge water logging roads in many stretches, which made us slow and somehow, ultimately made our destination at around 2100 hrs despite city traffic and occasional refreshment halts on the road.

Kolkata to Kumayon- at the holy city Varanasi was last modified: September 25th, 2017 by Debjit Chakraborty

Our personal experience with local Bhutanses people in our 4 days of stay was very nice & wonderful. They are peace loving people & their country is so neat & clean & unpolluted. Tourism is one of their main source of income. They also have the famous DRUK Brand jams & Tomato Sauce, Pickels etc. We purchased them all.