Loved the jungle always and hence when we decided to visit Murti in Dooars, kept in mind to see the aura of green jungle, obviously after a few showers, so calculated the time in may. It gave us the opportunity to take the kids as there summer vacation has started. Initially, I was not so sure of the rain as the monsoon was so arid this year and the whole country was burning. Luckily when we started on 19th May 2016, rain already kept its foot in north Bengal 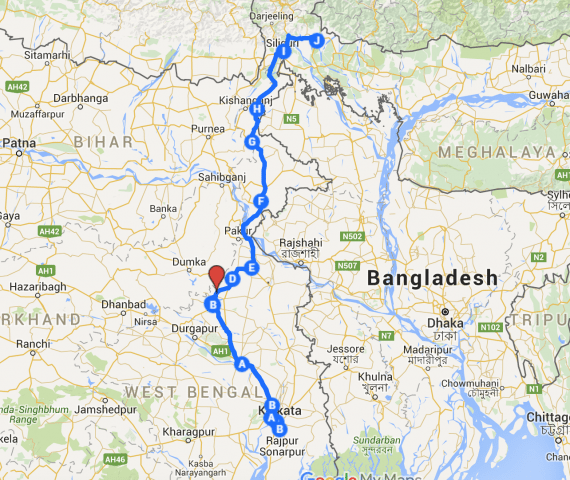 So the journey begins, with my Swift DeZire, as before, this time with 4 adults and 2 small kids. The sitting arrangements were a bit tight but managed that uneasiness with the hope of a new company and a great tour ahead. We started at 0300 hrs on 19th May to avoid the traffic on the way as much as possible. being aware of the worst condition of NH34, decided to take NH2 up to Burdwan. Then took the city By-Pass to Siuri- Rampurhat. The road meets again to NH34 at Moregram. Then to Farakka, Maldah. Few stretches of roads near Siuri were not good and near Moregram the road became worst again until joining NH34. 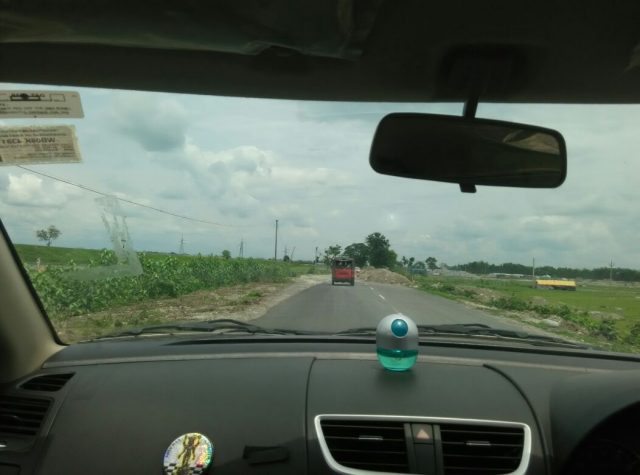 Before and after Farakka many portions of the roads were having medium to big potholes and worst for the sedan because of ground clearance. Somehow after much-battered road and many diversions, we reached near Maldah and the nightmare began. A pathetic jam in Kaliachauk, horrible road in Maldah and the winning rally of State Assembly made our journey worst. After Raigunj while taking a fuel top up we decided to take a Gram Sadak Joyona road to reach Islampur before Dalkhola. We were aware of the infamous jam of Dalkhola and as we were already running late so took the decision to take the diversion. We took the road from Botolbari More to Rosakhoa More, Biprit, Islampur to touch the highway again.

It was late afternoon and we were running out of time. Most of the road here was narrow but more or less comfortable but when touched the pothole patches, were horrible, near Biprit at least 3 Km stretch was practically same full and just before touching to the highway at Islampur a particular stretch was just nightmare. I was really thinking of a breakdown. After reaching highway to Siliguri the last 95 Km was a bliss. The most awaiting good features of the highway. 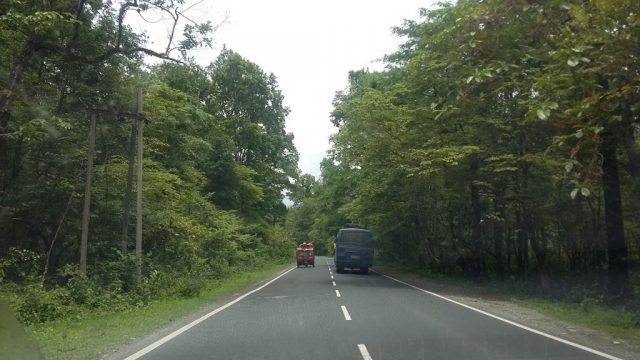 We were carrying our breakfast from home to save the time and it proved to be a good decision and we took our very ordinary lunch after old Maldah on highway adjacent hotel Baisali, an eatery. At around 0730 we reached our destination hotel Swastic Regency for the night halt. It is in a prime position of Hill Cart Road, Siliguri. Near SNT Bus stand. Hotel fare was INR 1100 and through GOIBIBO we booked it for much less price. The rooms were quite decent, family type, hygienic. Room service and restaurant service was wonderful, the only drawback was the parking, which was in a dead lane outside the premises under the hotel’s protection. 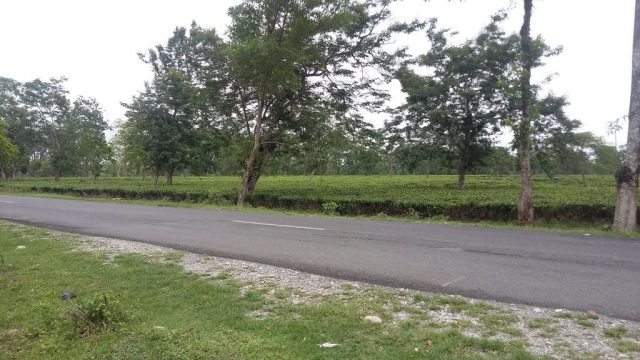 Next morning, as the check out time was 1200hrs and it was supposed to reach Murti around 1H 45Min so we pass our ample time by some shopping at local Hong Kong Market which was not far for our stay. Ordered our lunch menu through the phone to our Murti destination Banani Resort and started at 1100hrs through amazing forest green. Soon after Siliguri City, the road became a soulful saga with all dense green on both sides of the road. Soon River Teesta came by our side and we crossed her by the great Coronation Bridge to reach Malbazar. After crossing malbazar the first welcome sight of Dooars Hoarding welcomes tourists with an eternal joy. 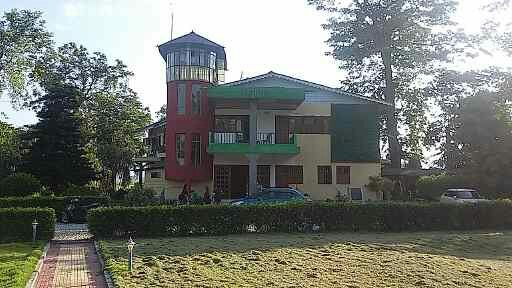 We got mesmerized by the surroundings of the road up to the destination. The total distance from Kolkata to our destination Banani Resort at Murti was 670 Km.