Almost every year at the middle of the journey, I wonder to share my feeling about the tour with Ghumakkar; and this time was not an exception while we were on the way to Meghalaya via Guwahati. The first-day halt at Kulik bird sanctuary, the WBTDC lodge at Kulic, Raigunj from the starting point Kolkata was uneventful with more or less great roads all along.

Two years back, from where the Durgapur expressway went inside Burdwan through Katoa to touch SH7, was not in a great shape and we had to face numerous under construction road and potholes all along till Moregram. This time, however, I was quite impressed by the condition of state highway 7, it could have been easy compared with NHAI built highway. So no issue in the negative side until the junction of NH12 and past till Farakka.

The nightmare started then only with horrible potholes all along the Farakka bridge, the eminent traffic jam at Malda like always before. The time was 2nd June 2018. The symbol of early monsoon was there but still the climate was hot during the midday. We had our lunch at Malda and continued our way to Kulik, Raigunj forest bird sanctuary, WBTDC Lodge at around 1600hrs.

Though a government lodge and obviously in a tranquil location with a prime destination of bird watcher was not well maintained outside inside we discovered a very nice well-organised room with the amazing sight of migratory birds from the balcony, vast roof and premises. The food was excellent along with homely room service. 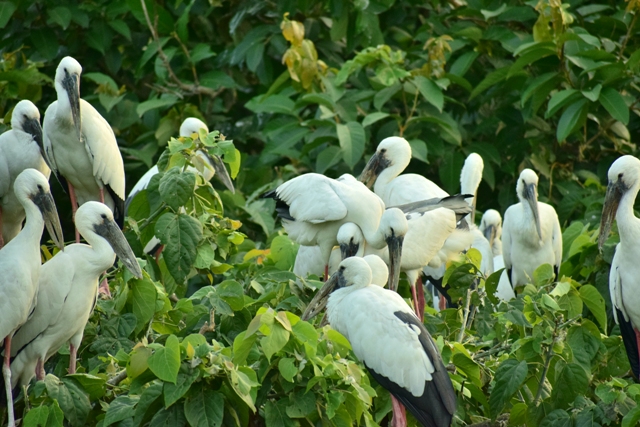 Kulik is famous for migratory and resident birds like Openbill storks, Egrets, Night Herons, Cormorants, Kites, Flycatchers, Owls, Kingfishers, Drongoes etc and the season was just started at that time. We basically found a large number of Open Bill Stork with their vast activities. The evening was nice with the greenery all around. Now entry into the forest is not permitted due to the relocation of deer, Emu etc, still, we enjoyed the birding sight all around from our place. Next morning we roamed a bit inside the premises in search of nature and soon after breakfast, we started for our second halt at Murti. 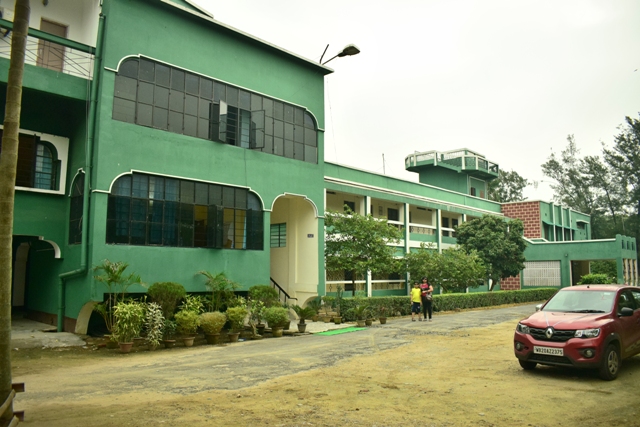 It was a beautiful early morning and a sky party cloudy so we enjoyed an extra cover and the journey began with the inevitable avoiding Dalkhola crossing, infamous for its congestion. We went through “Botolbari More”, Rosakhoa Road to touch NH27 which led us all the way near Siliguri. Near “Goshpukur”, we left NH27 and took right lead to catch newly constructed “Ambari Canel Road”, which was still under some development in some places.

This led to NH17 and went through “Chalsa” and meet NH717 to our second-day destination “Murti”. At Dooars, the forest associated Murti river is always an welcome sight for weekend travellers from East India. Many famous jungles like Gorumara, Jayanti, Buxa, Jaldapara etc are there with the occupants like Rhinos, big cats, elephant, bison, buffalo, reptile and birds. 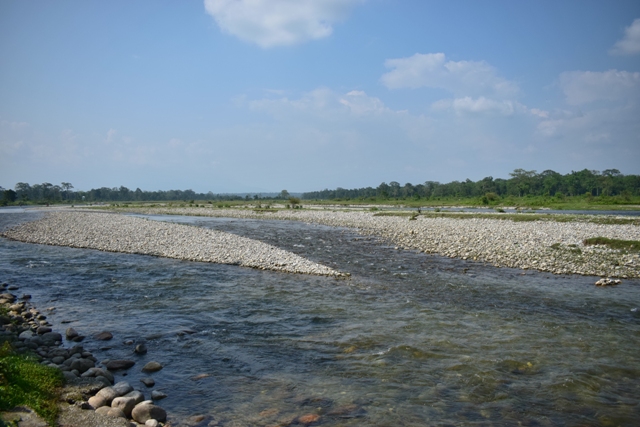 Our stay at WBFDC Lodge ‘Banani’ was not the first time. A few years back we made a trip to Murti and its surroundings and for the safari, we went for Gorumara, as we settled at Banani in the evening this time we selected Khunia, the short one, There are tree jungle safaris named Gorumara, Chapramari and Khunia. They also arrange a total jeep safari inside Lataguri. 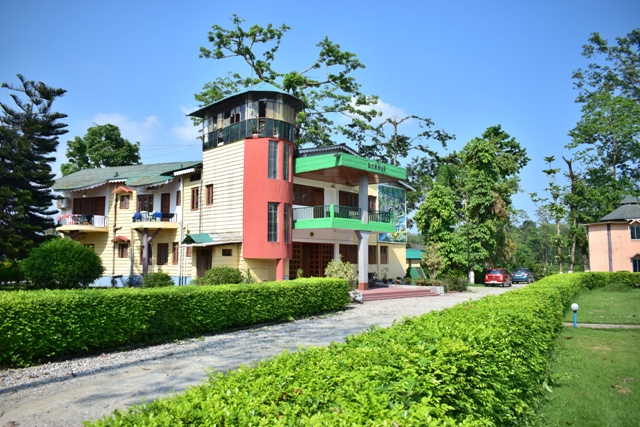 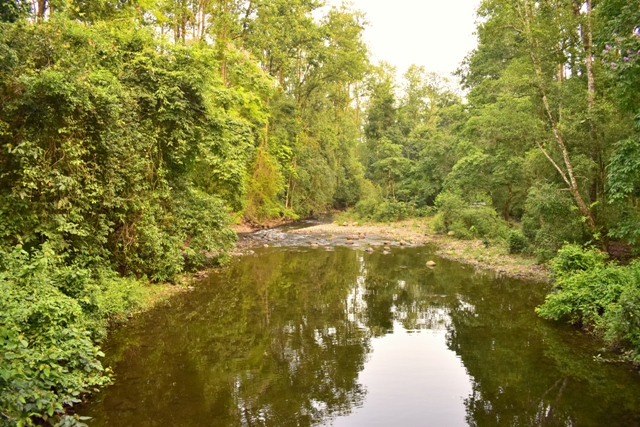 The safaris are always charming and full of freshness. The tranquillity, harmonic sound of crickets make one feel in an unnatural world and of course, a sighting is a bonus. We started with 0530hrs jeep ride with the driver and guide. Khunia has only a watch tower with 5 to 7 km surroundings of grass land which makes a better chance for animal sighting.

It was the first week of June, already, the rain had already spread its wings and so the jungle canopies and elephant grasses. So it was quite difficult to find out grazing animals. Still, our guide found out a herd of bison far around the treeline. We spend some time on the watch tower and a serpent eagle, whistling teal, few drongos, Indian heron, few peacocks, a wild hog and lots and lots of greenery all around made our day. 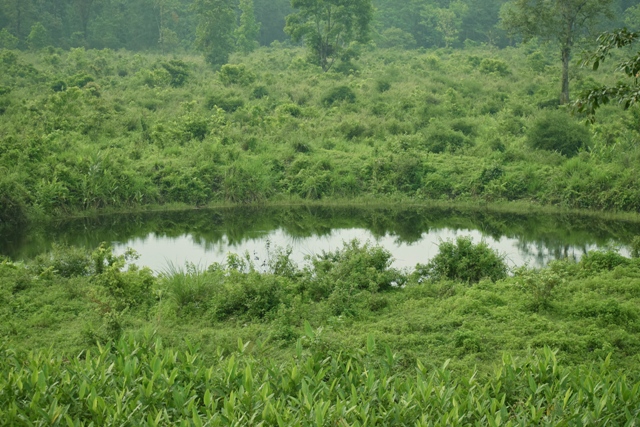 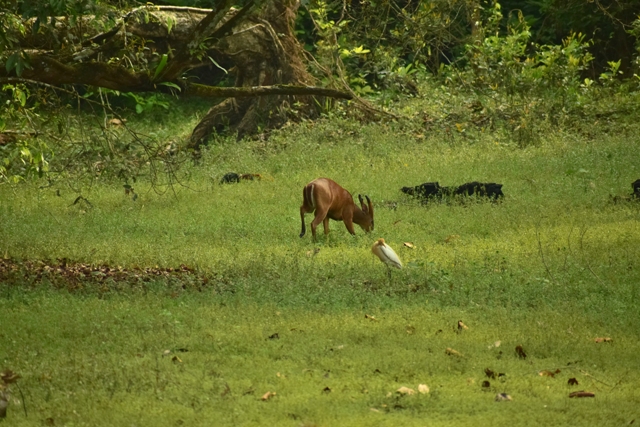 We started from there around 1000hrs to Guwahati after a very homely breakfast from our stay at Banani.

The Pink City of Rajasthan has two kinds of keen visitors – a) foreign tourists and b) Indian women. That has been my judgement…