Journey from Kolkata to Delhi through the awesome Durgapur Expressway, was something I had dreamt of since the time I went to Kolkata back in August 2007. I had my plans sorted out that I will be working in Kolkata not more than 2-3 years and then when I return back to Delhi, I will do that by road. It went a bit long though and Kolkata duration went up to around 3 and half years.
It was January 1st week, when I got an offer in hand for a job back in Delhi, and I immediately had in mind, it’s now or never. The next thing to do was to convince the other members specifically mom, dad and my mesho. Luckily since we had done a lot of travel by road around Kolkata, it was not hard to convince and we were all set to start on the 4th of February 2011 for Delhi from Kolkata by road in my most loveable Santro.

Immediately we started planning, how are we going to divide the journey, which are places we shall be visiting enroute and where we shall be staying for how long. Further due to a lot of luggage we carried with us, the sitting was a bit tight. And final list came as something like this:

Day 1: Journey till Varanasi (Around 690 KM)
Day 2: Stay in Varanasi and tour the city
Day 3: Start for Allahabad, complete Allahabad Sangam by night (around 125KM)
Day 4: Start for Sultanpur to visit my college (KNIT) (around 99 KM). Sultanpur to Lucknow (around 139 KM) the same day, tour Lucknow for the remaining day.
Day 5: Lucknow to Delhi via Kanpur (502 KM)

Kolkata to Varanasi took around 10 hours of drive a distance of around 690 KM and as planned we were entering Varanasi by 4:00 PM. We found that BHU was in route towards our guest house, and so decided not to directly check in to the guest house/hotel, but to cover BHU and the” Vishwanath mandir” first. It was awesome. We covered it in almost an hour. Both the BHU campus and the awesome Vishwanath mandir are worth looking. Get around the BHU campus in your vehicle. 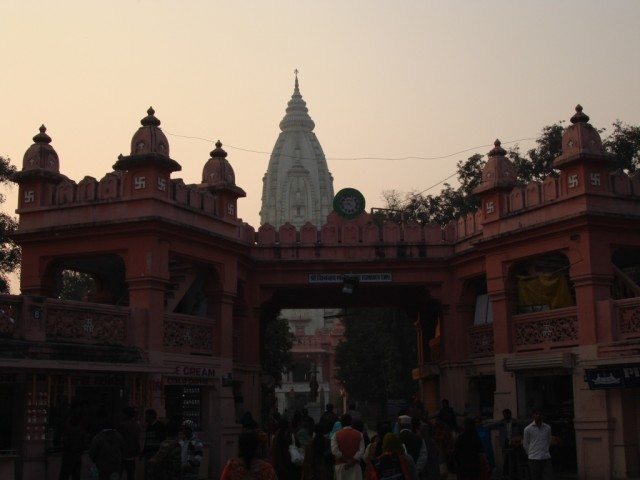 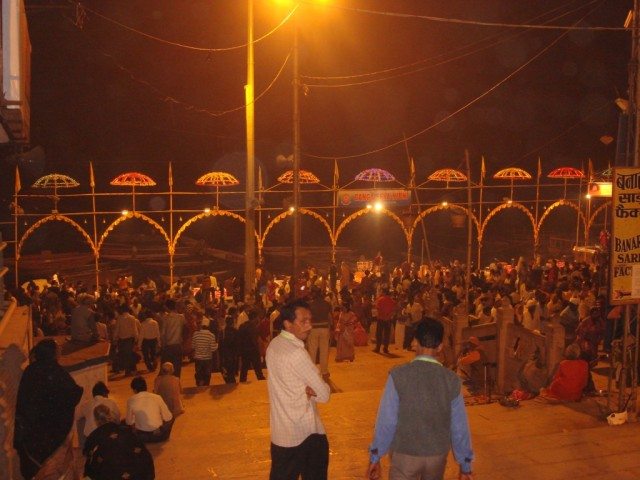 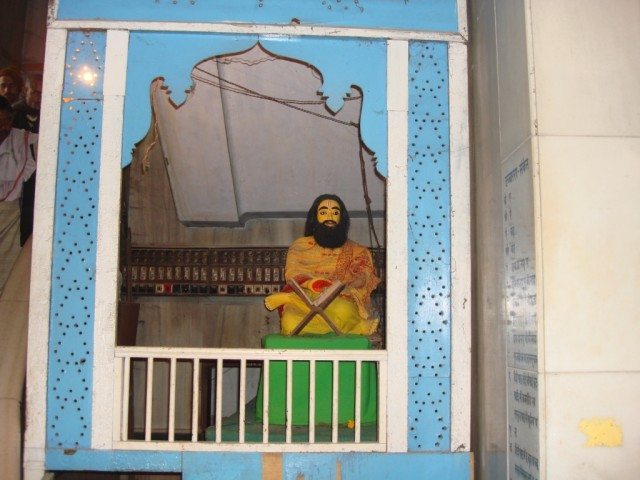 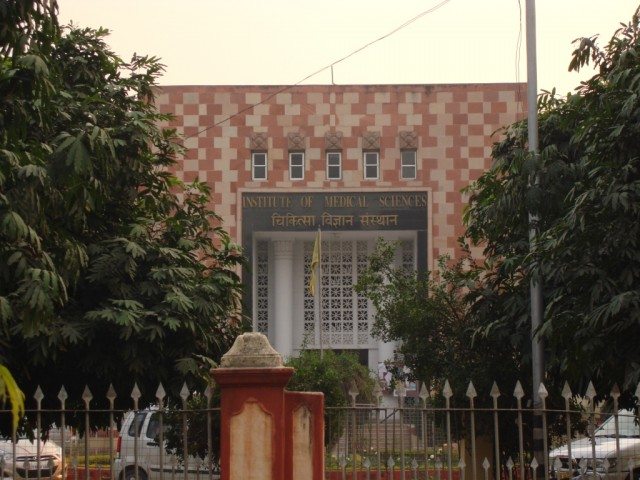 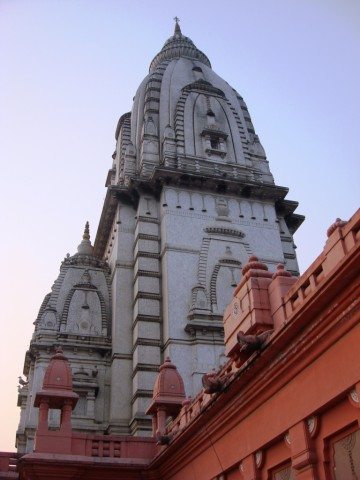 Then moved to the guest house. Did not face much difficulty in locating it. But the roads in Varanasi are very congested. It’s a really difficulty driving out there. It was almost evening, we thought of having some evening tea and snacks, and then dinner with off-course lots of gossiping. Government guest houses are quite descent, so had a sound sleep too.
Next morning we woke up a bit relaxed around 9 AM. And immediately got ready for breakfast. Had a good breakfast, and then hired an auto for guiding to the most visited places of Varanasi (did not take my car that day). Covered that in almost 3 hours including Bharat Mata Mandir, Sankat Mochan mandir and few other places across the city including the
famous Varanasi galiyas, gadauli.

Sankat mochan mandir, you will find an incredible large number of monkeys. Be careful of them. We do have plans of visiting sarnath, but we were out of time. If you do get time, you should visit that. It’s hardly 35 KM from Varanasi.

Once done, it was time to get to the Ghats. Oh it was awesome. Varanasi has got two incredible things I could say. The Kashi Vishwanath temple and the Ghats.The Kashi Vishwanath temple is almost having a huge crowd almost all the time in the year. You have to be in a queue to actually make a darshan to the main idol. It took almost an hour to wait, before we got our chance.
After covering the temple, we hired a boat and the boatman covered all the Ghats one by one. It’s really incredible. Around 400 Ghats, each with its own history and significance.
The Siberian birds are just awesome in the amazing waters of the Ganges. They just run over your head in flocks. It feels really good. 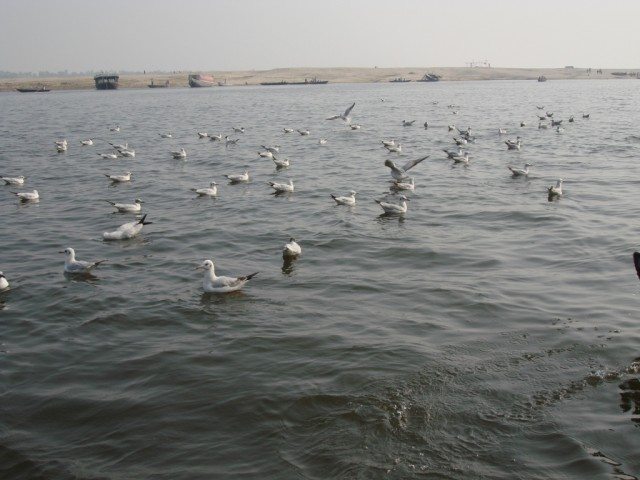 After covering the Ghats, we got back to the guest house, had a couple of hours of rest and then in the evening, it was time to visit the Ghats again. Yes, for the famous Aarti. We took a rickshaw and through the amazing lightened galis of Varanasi reached the ghat. Again hired a boat for around an hour and saw the amazing aarti. It would be better if you could watch the aarti from the front. It’s awesome. 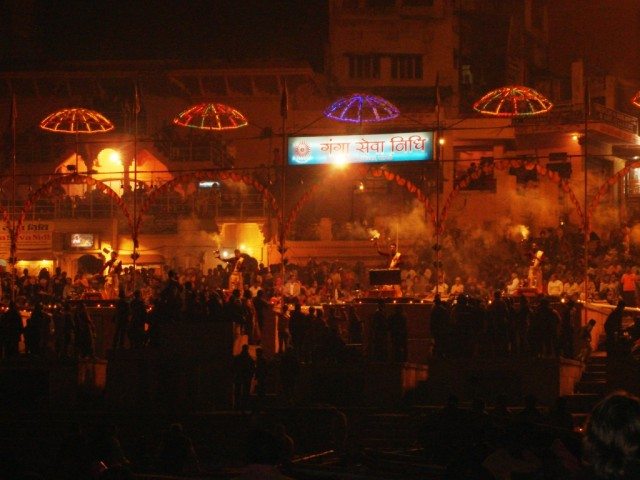 So many foreigners visit Varanasi that almost every alternate boat is covered by a bunch of foreigners. After couple of hours, we came out of the Ghats, watch the Varanasi market and then made a way back to the guest house. Had dinner and went immediately for sleep. 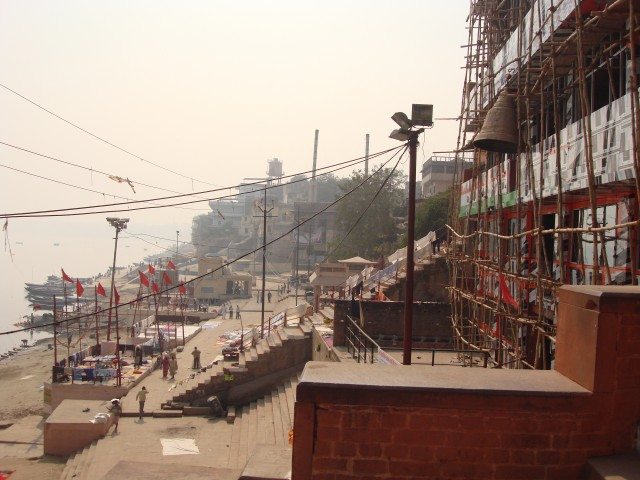 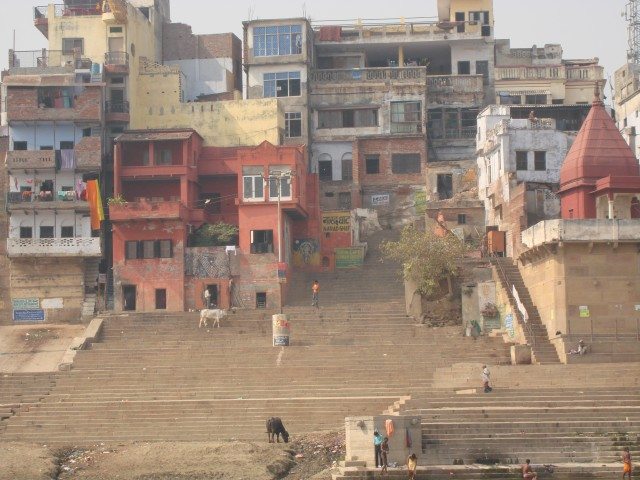 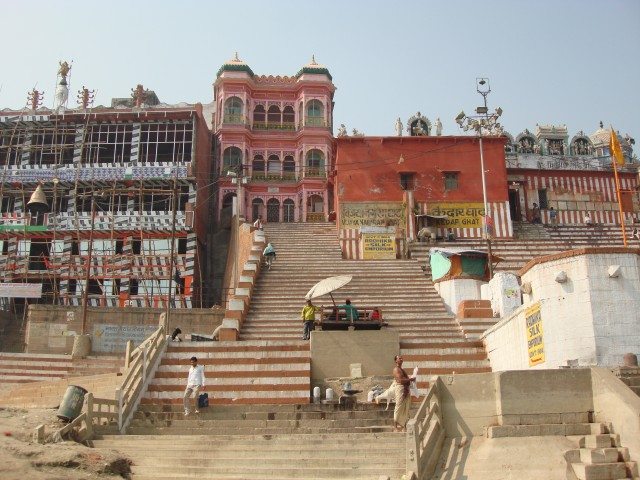 2)Allahabad (Day 3 NH2)
It was an early morning wake-up call on day 3, as we had to start for Allahabad, a distance of almost 125 KM. We started around 6AM and took the NH2 right away. Always make sure, you do not take the bypasses, when you are visiting the cities. Allahabad also has a bypass. Avoid that. Took around 2 and half hours and we were in Allahabad by around 7:30 AM.
Entering into Allahabad and crossing the bridge over Ganga is altogether a different feeling. It’s so beautiful. The challenge was to find out the Bharat Sewa Ashram there, and after some difficulty, we were into the Ashram by around 9AM.
Roads in Allahabad are much wider compared to Varanasi and driving much easier. While checking in into the Bharat Sewa Ashram only we booked tickets for all the visiting places through a tanga. The ashram had the arrangements. Later however the tangas were not available, so we decided to took our car only. Reached the prayag ghat around 11 AM, had to park the car at a distance took a boat (all was arranged only) and reached the actual sangam. 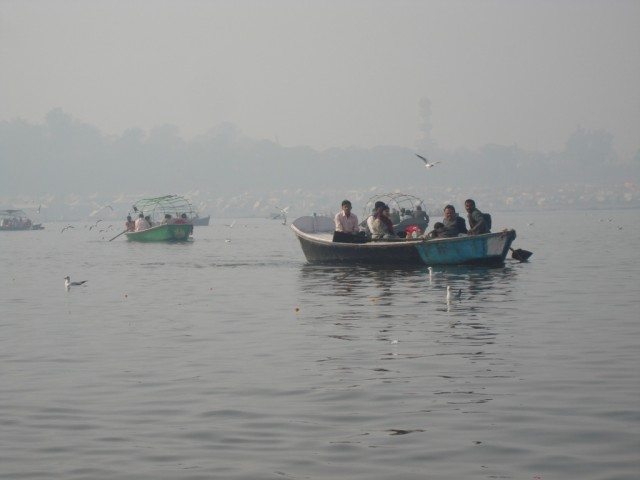 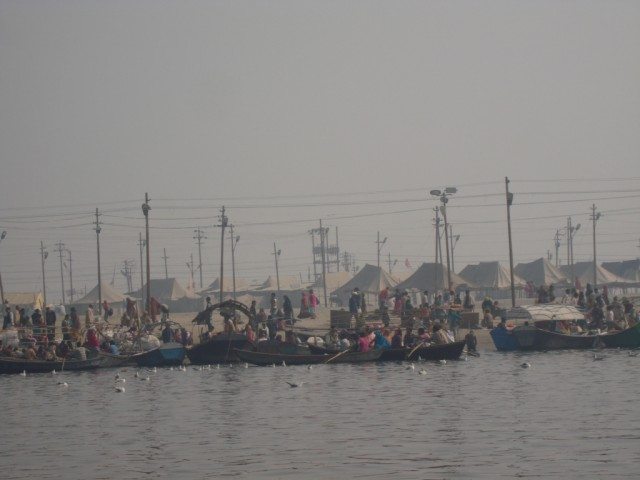 Each one of us took turns to dip in the holy Ganges (and remove all our sins one by one :-), ofcourse we do so many sins in a life, it’s not possible to wash them away in one go). The sangam is at a distance from where the boat actually starts. It’s a huge rush and almost meal time all around. You will find the same Siberian birds as in Varanasi again here in Allahabad. Its and incredible feeling to dive in the Ganges.
The rivers Yamuna and Ganga look so good and the place where they meet, you could clearly see the difference in colour. After that we went for the Sankat mochan. Oh, it’s another wonderful temple, sleeping hanumanji inside. We parked the car in the parking and through a queue visited the temple inside.

We took our way back directly to the ashram by around 2 PM. Had our lunch in the ashram only and then took rest for around few hours. In the evening my mausaji had a mission of searching a house where he used to stay in rent around 45 years ago. To my surprise, he spotted the house in just one go. Not only that, even the Landlady (he calls her mashi), could recognize him at one go too (at an age of 90 years). Then there were lot of historian pages being turned, nice time for around 2-3 hours and we went back to the ashram. In the evening again, they came to the ashram and again 2 hours of gossiping. After that we had a lovely dinner in the evening and went for sound sleep.

After the darshan we immediately went to the rear side of the temple to see the ‘Bhimshila’, the miracle boulder that was perched at the boundary of the temple and had supposedly diverted the mud flow from damaging the temple. It really seemed to be a true act of God. The path the mud flow had taken from Gandhi tal, whose walls had ruptured leading to the floods, were clearly visible.