We started from Delhi and after doing the long loop of Delhi-Shimla-Sarahan-Kaza, we were now in Manali. Now further.

Day7 and it was the time for the final leg of the journey that completes the circuit. The way from Manali to Shimla via the awesome Manali Delhi Highway till Sundernagar and then the from Sundergarh to Shimla via the Shimla highway.

We got up early in the morning and after having bed tea, we had a brief local visit of the Manali, the first one being the beautiful Manali Monastery right outside our hotel. It’s a small beautiful Monastery.
at-manali.JPG (from back of Monastery) 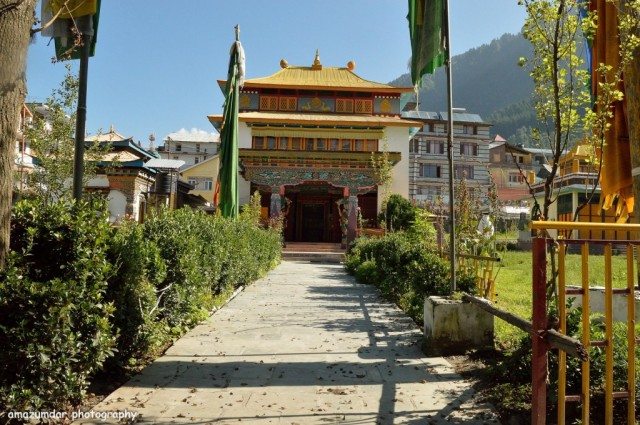 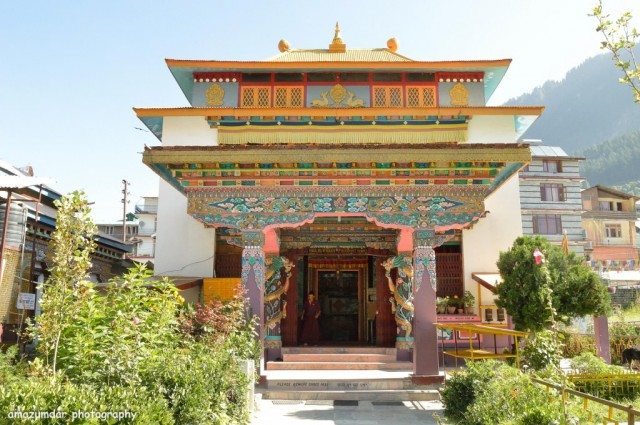 Inside of Monastry at Manali

After finishing our breakfast, we started our journey around 10:30 AM for Shimla. Our plan was again to do a local visit of Shimla in the evening reaching there early.

Well nothing to much describe the route from Manali to Shimla except the word awesome drive. Driving alongside the Beas river, with total greenery around, it’s another variation from the things we have been experiencing till now.

The beas river with its clear and glazing water with full flow all through till Sundernagar, gives an entire different experience than what we were having till now. 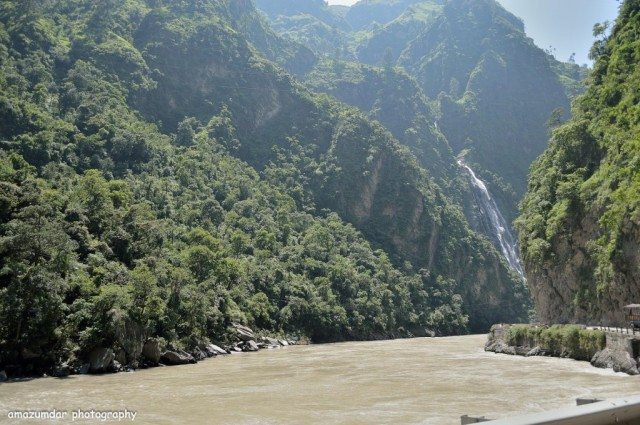 Beautiful views on the way

We ofcourse only one thing left in our journey and that was shopping. Around an hours drive, we reached kullu, and Lekhram stopped at a shop for specially Himachali shopping. It was a lovely shop with good discount and very reasonable rates. We did our full shopping there for around 1 hour before starting back on our journey. 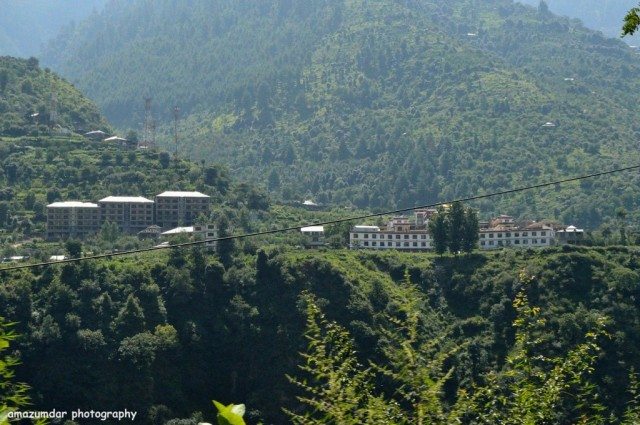 Manali Temple – From the other side of Byas 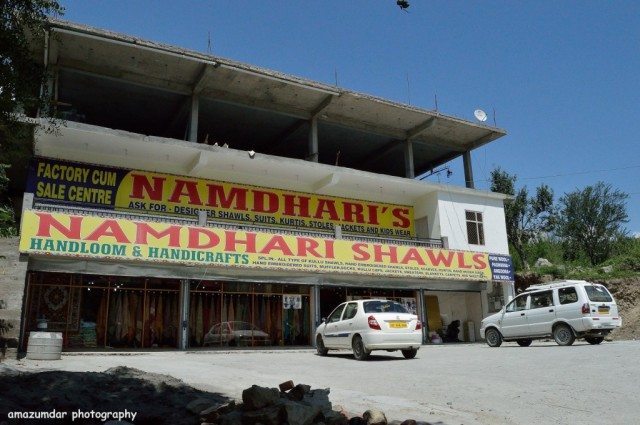 With green mountains on one side and the beautiful Beas on the other side, we crossed beautiful places like Bhunter, Aut and Pandoh. We halted for sometime at the very beautiful Pandoh Dam on the river Beas. This is basically the end of Beas river with us and it diverts towards Punjab. 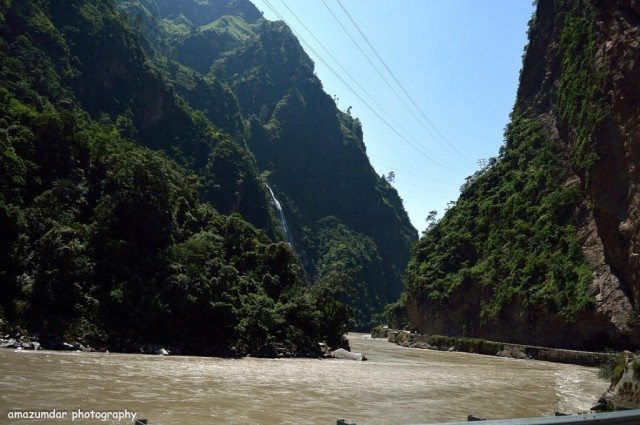 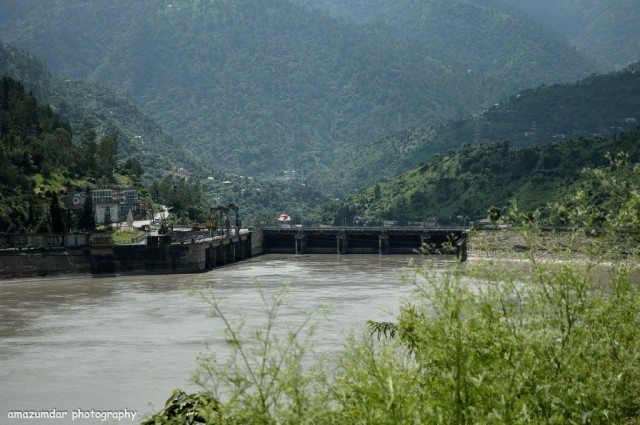 View of the Dam

From there on we reached Mandi in another 1 and half hours. Mandi is a plane area and is not very cold. The sun was really on its peak, but then it’s a lovely small town. There are numerous Dhabas enroute and in one such Dhaba we had our lunch. 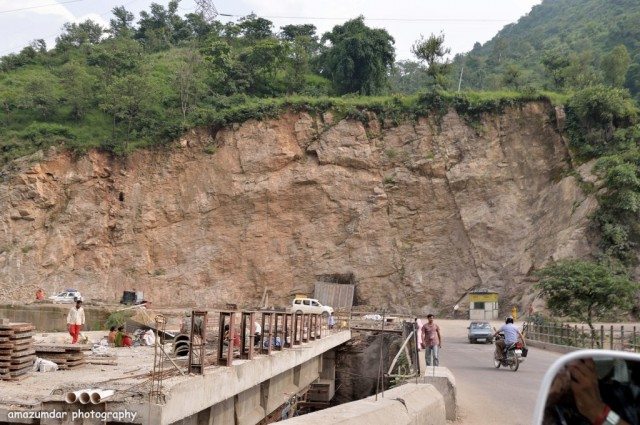 Another 30 minutes and we reached Sundernagar. At Sundernagar, we took the Shimla Highway and dropped the excellent Manali Delhi Highway. Sundernagar is also a good small town. Around 4 PM, we had already entered the Shimla District. And again we started climbing up. The roads in Shimla off course not to explain are awesome. It was drizzling slightly and the fog was dense. That was one adventurous journey through the hills.

With occasional tea breaks we finally reached our hotel (where we parked in our car while leaving Shimla), by around 6 PM. It has been the end of a lovely journey of Lahaul and Spiti. Although Lahaul Valley extends upto Sarchu on way to Leh, we could not cover that because of time, but we had already covered 75 % of the entire area, and we will never repent what we experienced over these 6 days.

We had our final settlement with Lekhram. And the kind of friend we found in our driver is simply unbelievable. By this time, he was more than a friend to us. After all the settlement, and some rest in the hotel we went in for another visit to the Shimla Mall Road. 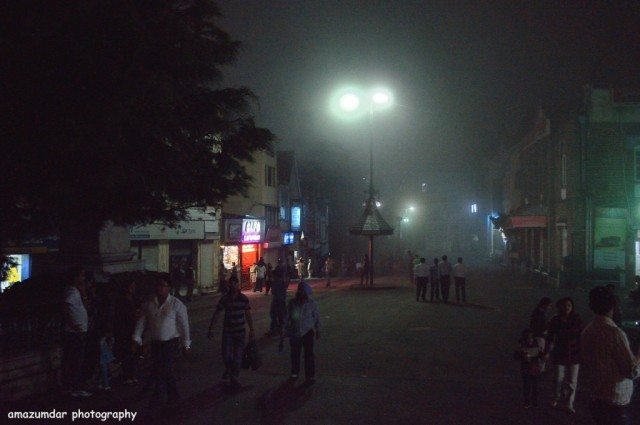 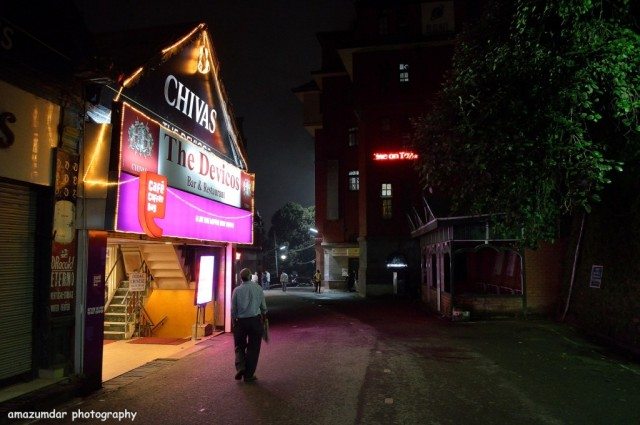 Beautiful Mall Road in the evening 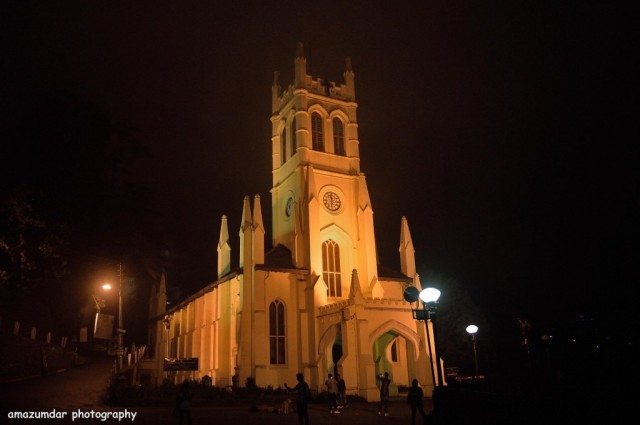 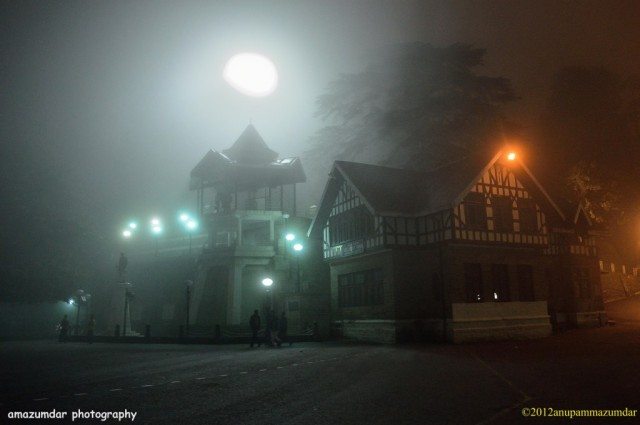 We got back around 9 in the hotel. We already ordered our dinner, and we had one last lovely dinner in Himachal before a sound sleep.

Day 8: Shimla to Delhi and toy train
I already had the experience of Shimla’s heritage toy trains, but my parents never had that experience. So I decided to put them into the toy train next morning early and later I pick them up from Kalka for Delhi.
Everything was as planned. We got up early around 6 AM, went to station by 8 AM, booked two tickets for my parents and both of them boarded for the 8:30 AM train. 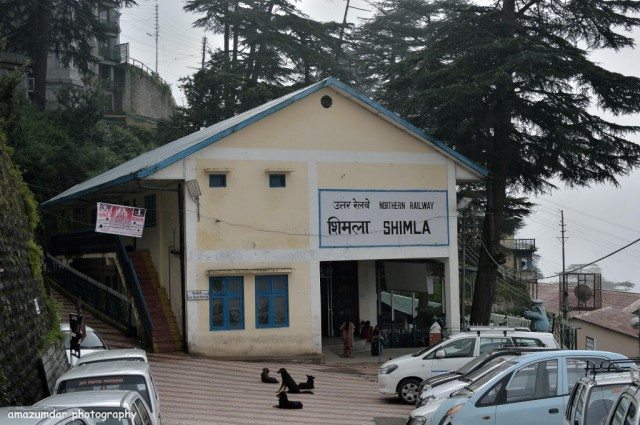 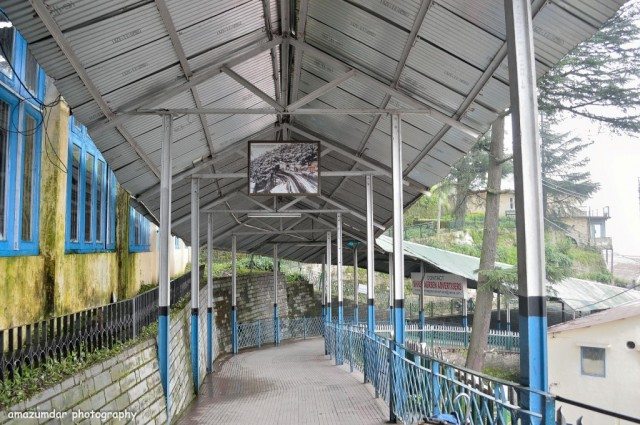 And there we go

After the train left, I left for another 2 hours stay in the hotel room. The toy train takes around 6 hours for reaching Kalka a distance of around 96 KM. And by road Kalka is reachable in 3 hours. So I decided to leave Shimla after 3 hours. And as planned after a sound breakfast and final settlement with the hotel, I took my car and drove till Kalka. With occasional snacks, I reached the Himalayan Expressway Diversion for Kalka by around 1:30 PM and by 2PM I was at the Kalka station. I parked the car and waited for the train to arrive. The train was delayed by around half an hour, so my parents reached kalka by around 3 PM, instead of the actual 2:30 PM. I picked them and then started for back to Delhi.

With an interval for lunch although we reached Delhi border by 6:30 PM, but because of traffic in Delhi, we actually reached our home by around 9PM.
This has been no doubt the best journey and visits of my life. There are a lot of places left in the trip, which I promised myself to visit for sure.

The Great Himachal Circuit – Part 5 : Manali to Delhi Via Shimla was last modified: May 24th, 2021 by Anupam