After visiting the fort and the caves of Badami in the early morning, I started my journey towards Pattadakal, which in just 22 kms away from Badami. I was not having more information about Pattadakal. I just knew that there are some temples which are cover under UNESCO World Heritage Sites.

Public transport is not frequent on Badami-Pattadakal-Aihole stretch. You have to wait for 30 mins to an hour to catch a public bus, sometimes may be upto two hours. Tourists mainly prefer to travel by their own transport on this route, but as a budget traveler, you had to rely on the public transport. I got a bus from Badami to Pattadakal after 30 minutes wait and reach there within an hour. The palm trees en-route were spread all around and reminded you a village of kerala, though not as beautiful as those are. 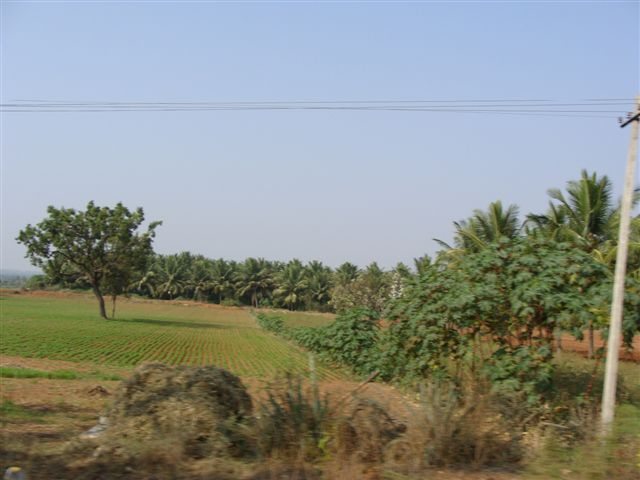 First impression of Pattadakal seemed like a small, underdeveloped rural settlement, but still it is the home of one of World Heritage Site. The town is situated on the bank of Malprabha River. 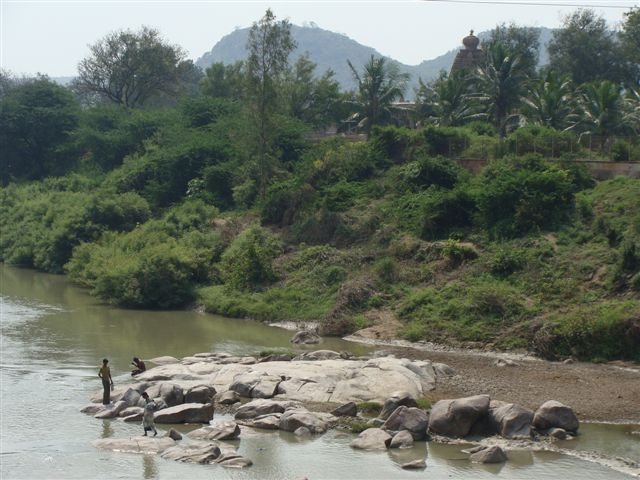 It has a set of nine temples built almost in a single file, showing the architects’ desire for experimenting in various styles.Pattadakal represents the culmination of early Chalykyan art. Four of the temples here are in the south Indian Dravidian architectural style while four are in the north Indian Nagara style while Papanatha temple exhibits a hybrid style. 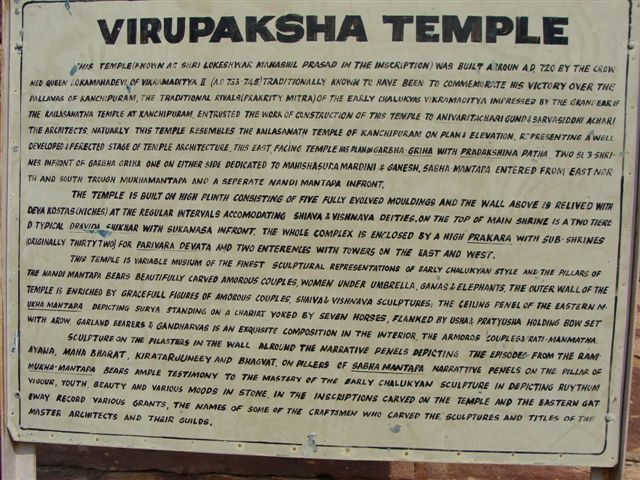 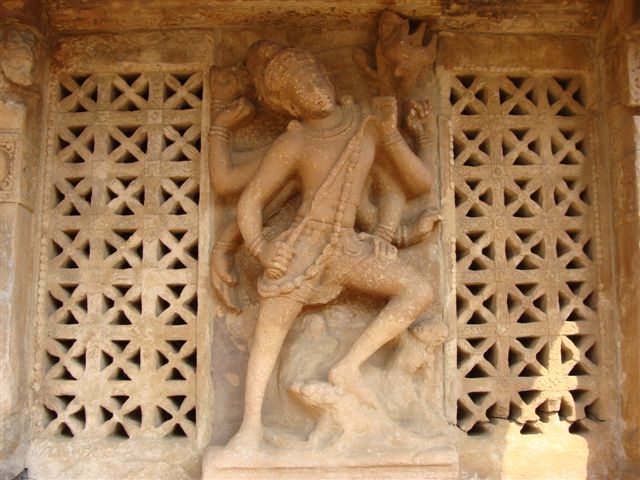 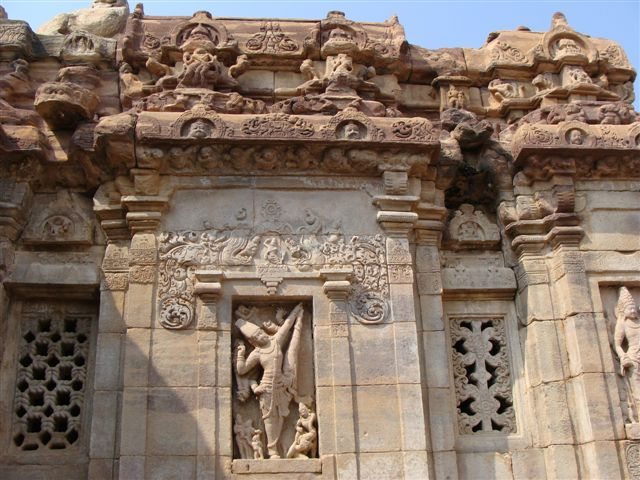 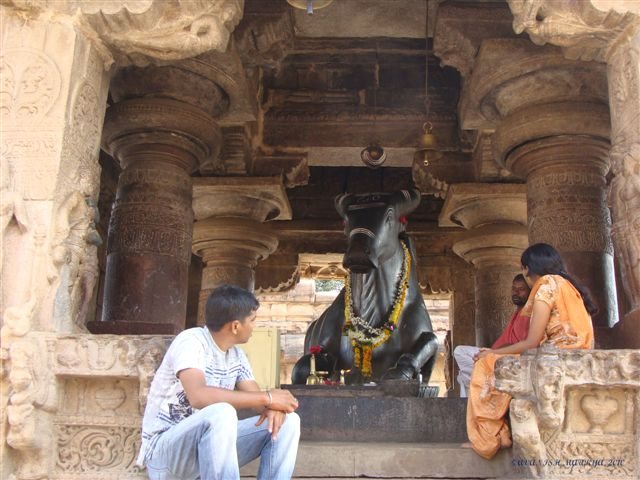 In front of Virupaksha Temple 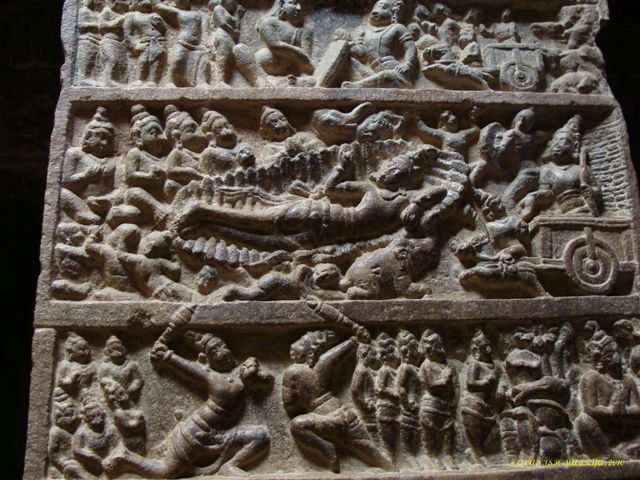 A view of temple 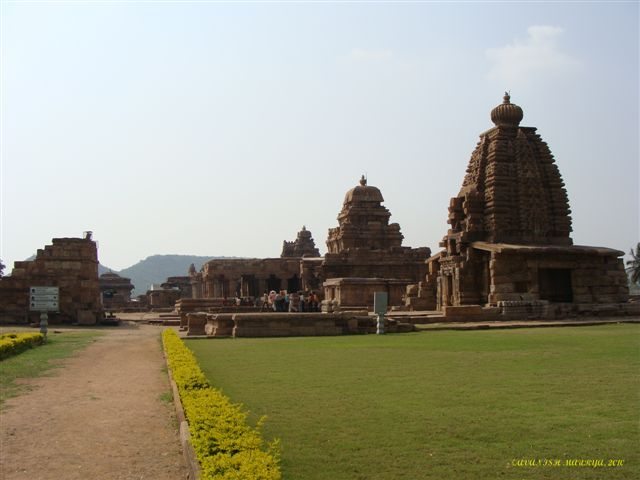 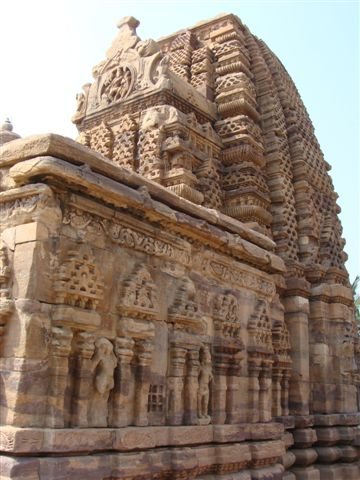 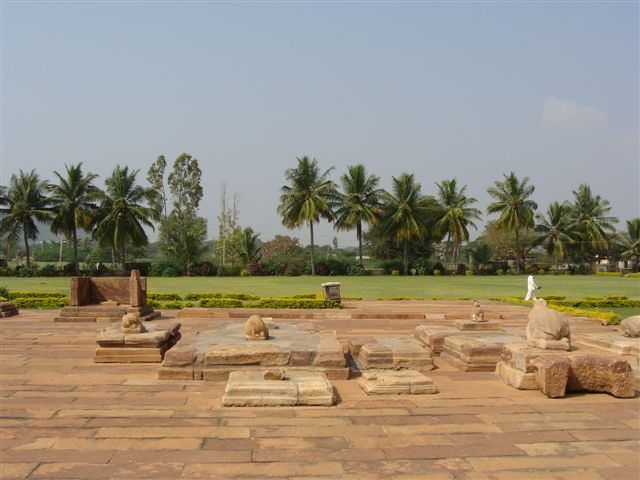 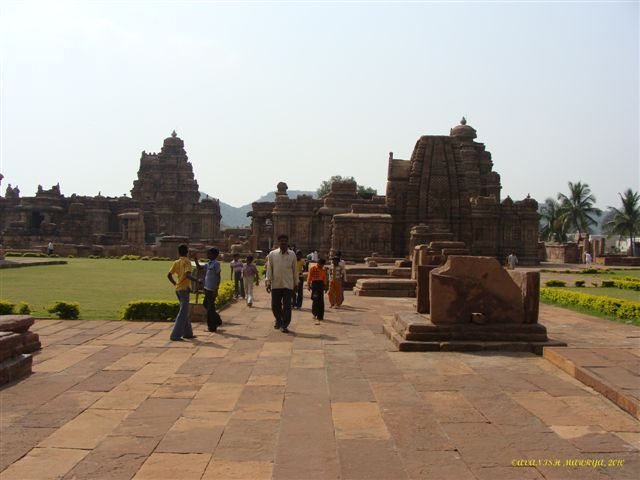 Group of Monuments at Pattadakal Complex

After spending nearly 2 hours in Pattadakal, I wanted to move to my next destination Aihole, but the problem of transport haunted me at least for one hour. There are no direct public transport available to Aihole. Finally after waiting about an hour, I got an auto to Aihole, a destination about that I have never read before, neither in history books nor in geography books.