I started my journey from Hyderabad to visit the historical sites of north Karnataka. My target was to visit Badami, Pattadakal, Aihole and Humpi in the weekend. It was again a quick restlessness journey. I booked ticket on Karnataka State Bus to Bagalkot. The best thing in Karnataka is that you can book bus ticket in advance from their website like a train ticket. You can choose ordinary, sleeper or AC buses. There is no direct train available from Hyderabad to Bagalkot. If you wish to travel by train, either you have to go via bellary, hospet and gadak or you have to go via Bijapur. I choosed rather to go by a State Bus.
So, I boarded the 10 pm bus to Bagalkot from Hyderabad MG Bus Stand. Bagalkot is the district headquarter of Badami, Pattadakal and Aihole. I reached Bagalkot early in the morning about 5 o’clock. Highways are good there, so journey was comfortable except some long stretches en-route, where road condition was not so well.
From Bagalkot, I changed another bus to Badami. It took almost an hour to cover the distance of 30 kms. Badami is a small Tehsil famous for its caves. In history it is referred as Vatapi and was the center of ancient Chalukyan glory. 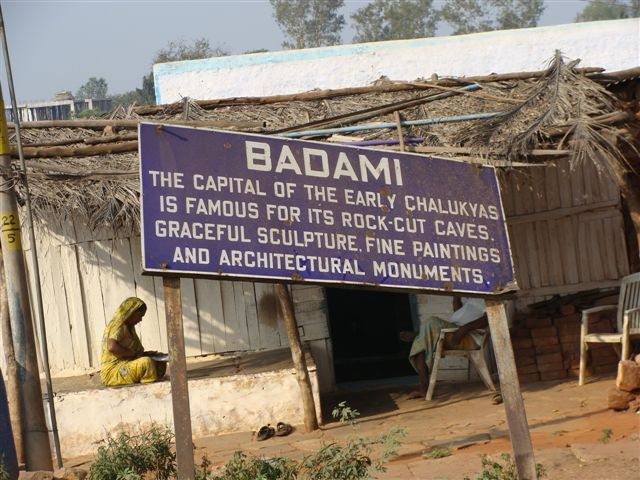 Other ways to reach Badami:
The nearest airport to reach Badami is at Belgaum (150 kms). The nearest international airport is at Bangalore (504 kms) and Hyderabad (350 kms) .
Badami town is situated on the Hubli-Sholapur rail route which is exactly 163 kms from Bijapur and 128 kms from Hubli. Badami is connected by road to Pattadakal (22 kms), Aihole (44 kms) and Hubli (128 kms). Karnataka State Transport Corporation buses ply from Badami to different major locations of the state.

My Excursion:
When I reeahced, this small town was just waking up. Some shops were started their businesses, mainly food stalls and dhabas. There are 4-5 small hotels also available in Badami. I went in a small lodge to be ready to my excursion. 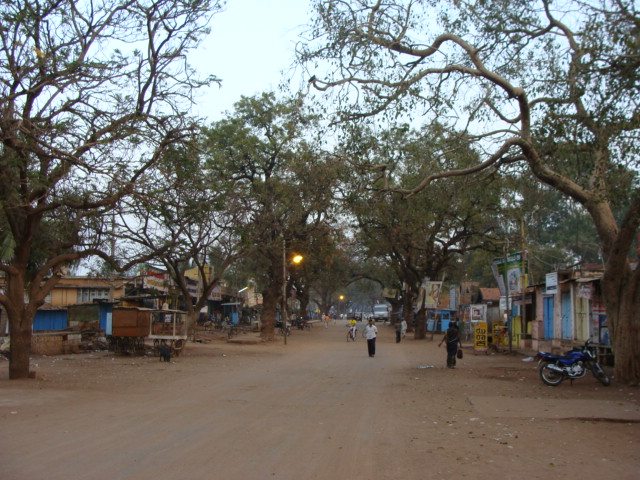 I first went to see a beautiful hill of badami fort, where ancient temples are scattered all around. There were no tourist in that area, mainly because of early hours and also because of tourists are mainly interested in Badami Caves only.
Badami Fort
When you entered the fort area, you first see an archaeological museum just at the entrance.
The archaeological museum has Nandi, Lord Shiva’s bull, at its entrance. This museum is closed on Fridays. It houses superb examples of local sculptures which I was able to saw only from outside as museum was closed in the early morning.

Walking further, I reached Bhutnath Temple Complex. These temples are situated along the edge of the serene lake, one flanking the north and the other to its northeast. Raised to Lord Shiva as the lord of the five elements (bhuthaas) the temples was constructed in 5th century. 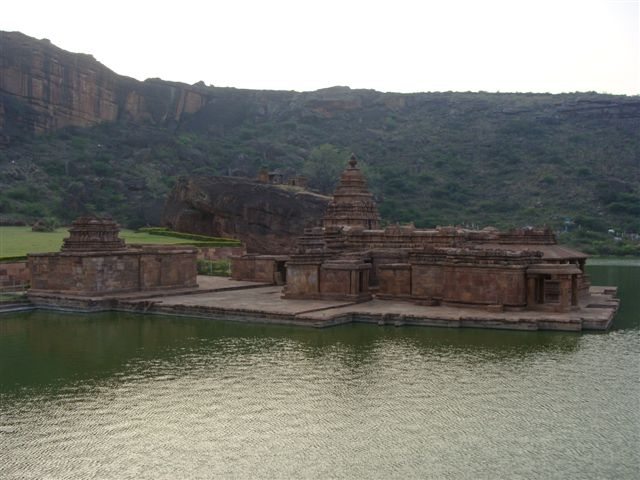 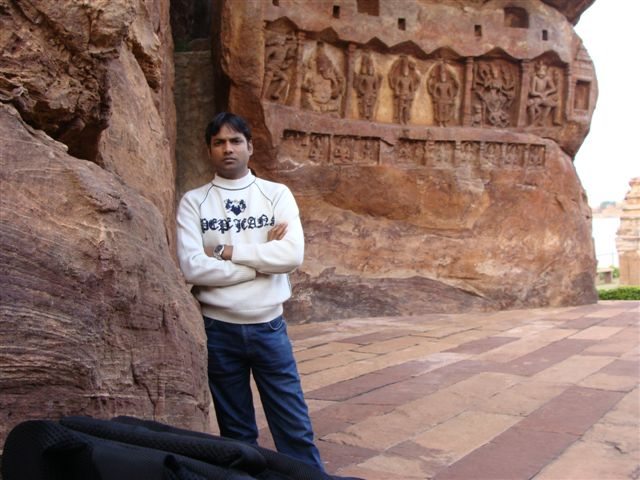 From there, I climbed on a small hill of the fort with the Upper and Lower Shivalayas. The Upper Shivalaya, built by Pulakesan II, a devotee of Lord Vishnu is marked by sculpted tales from mythology on its outer walls. Look for the lion and elephant heads atop the temple steps. 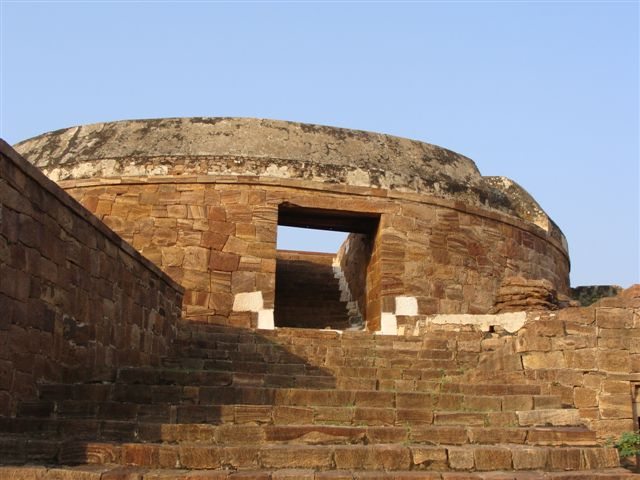 A portion of Badami Fort..May be watch tower 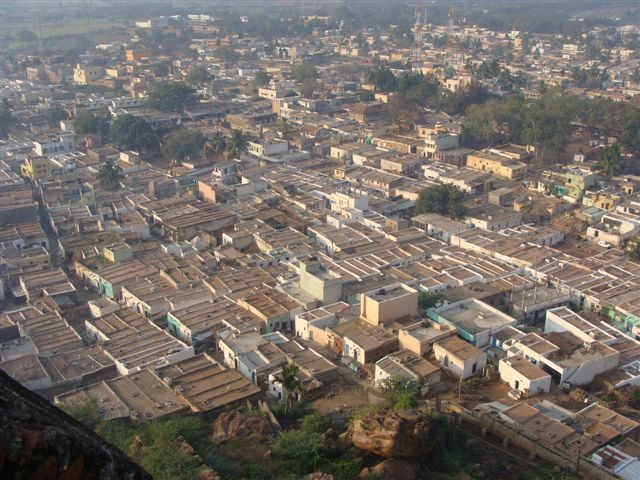 A view of Badami town from the hill 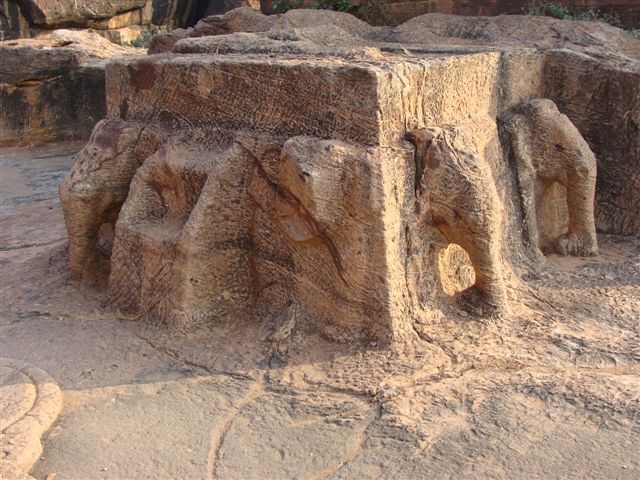 The Lower Shivalaya was raised to Lord Ganesh. To its north a 16th century cannon looks down on the township. The watchtower, a little further on, is believed to date to the 14th century.

Badami Caves
Caves are on the walking distance from the Fort. There is tomb outside the entrance of the caves, which is belive to be the mosque of Adilshahi Sultans of Bijapur. 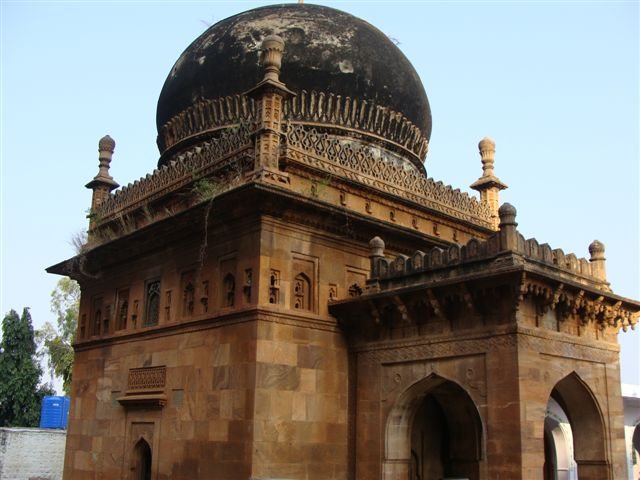 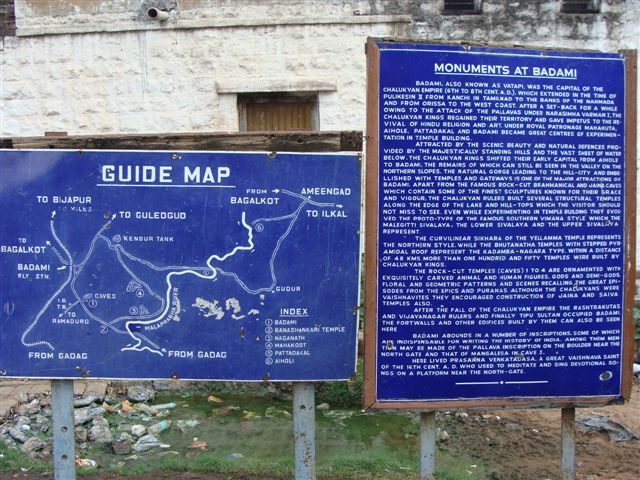 Badami is famous for its four cave temples – all cut out of sand stone on the precipice of a hill. Legend has it there were two demon siblings Vatapi and Ilvala, who had a trick by which they could kill and make a meal of mendicants passing by. Their tricks worked until Agastya muni came by and counter-tricked them and brought an end to Vatapi’s life. Two of the hills in Badami are supposed to represent the demons Ilvalan and Vatapi.

The four cave temples represent the secular nature of the rulers then, with tolerance and a religious following that inclines towards Hinduism, Buddhism and Jainism.

Cave Temple 1
The first temple dating back to the 5th century CE has gigantic carvings of Ardhanareeswara and Harira manifestations of Shiva in bas relief. It enshrines a Shivalingam. In the adjacent wall there is a carving of the cosmic dance of Shiva Nataraja depicted with eighteen arms. There are also reliefs of Ganapati, Shanmukha and Mahishasuramardhini, and may be the oldest in Badami. It is made of red sandstone and has a hall with numerous pillars and a squareshaped sanctum hollowed in the control back wall. 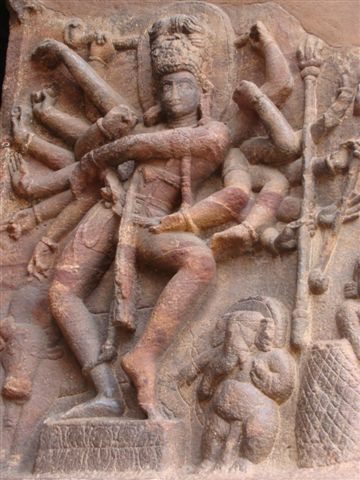 A view of Badami Fort from Badami Caves

Cave Temple 2
The second temple bears images of Vishnu in his Varaha and Trivikrama incarnations. It is reached through a flight of 64 stairs from the first one. On its celing, are carvings of Vishnu on Garuda and several other scenes from the puranas. 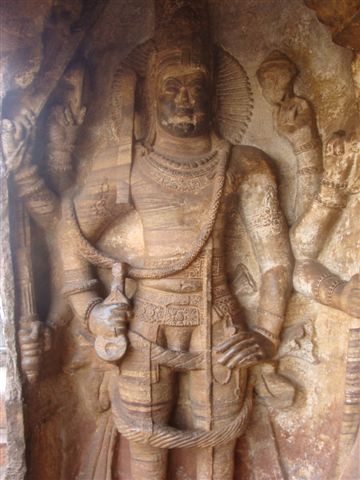 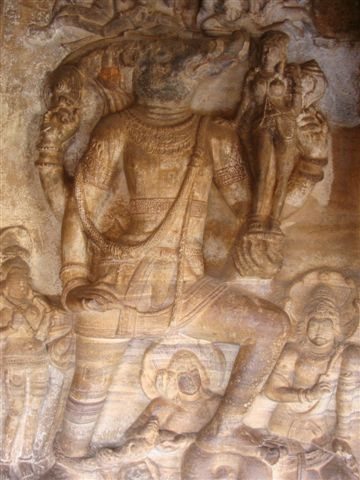 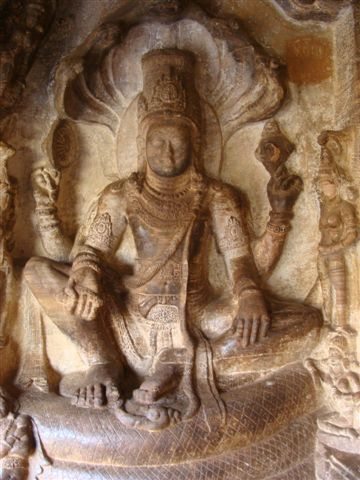 Cave Temple 3
The third rock cut temple is reached from the 2nd temple through a flight of 60 steps. It is a 100 feet dep cave, with inscriptions dating this Vishnu temple to 578 CE during, the period of Kiritivarma Chalukya. Here there are carved images of the Narasimha and Trivikrama avataras of Vishnu. There are also murals depicting the divine marriage of Shiva and Parvati. 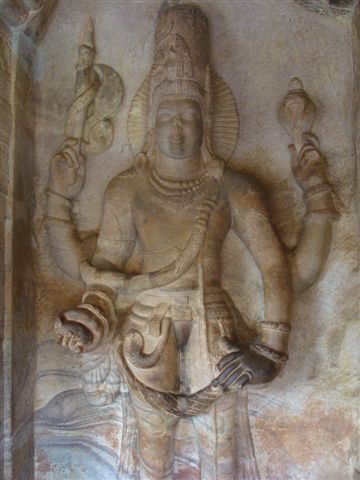 Cave Temple 4
Cave temple 4 relates to 6th century Jainism. There is a carving of the Tirthankara Parshavnatha (with a serpent at his feet). Mahavira is depicted in a sitting posture. 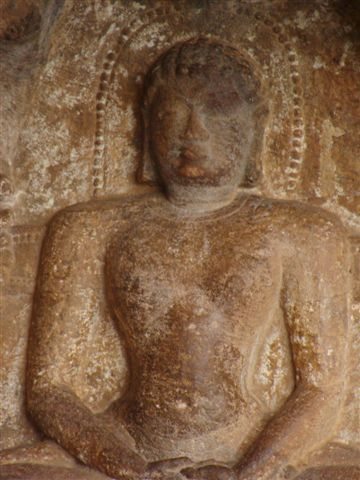 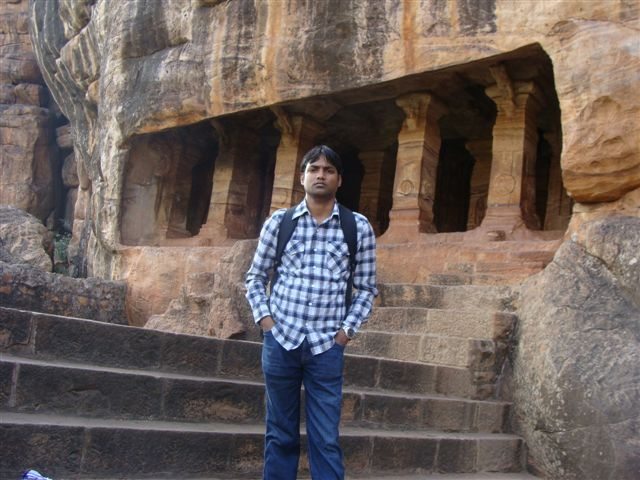 A hamlet of Badami Town

After visiting this beautiful town of Badami, I headed towards my next destination Pattadakal.

The scenes were becoming increasingly breathtaking and that made me even more eager to reach Chitkul. And boy, is it something! The amazing view of the mountains, waterfalls and the river going along. Twice we came to a point where there was no road, and I had to drive my new Indica vista, 1300 cc engine, through water. What an amazing experience! Beautiful valley, river flowing, and an absolutely divine view of the mountains. The view is imprinted in my mind’s eye forever. That’s how mesmerising it was.