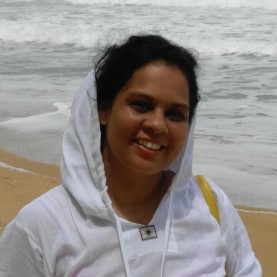 I describe myself as a traveller, not a tourist who loves to explore and experience a place. I am a Chartered Accountant by qualification and a dedicated homemaker at present. I enjoy putting my dreams and experiences on paper through pen and colours.

Darjeeling has much more to offer than its tea estates. Visit Darjeeling to witness its serenity, its colonial charm. Sharing tips for a memorable visit.

After our pleasant stay for 3 nights, next day morning it was time to abide goodbye to a beautiful place with equally hospitable people which has embellished a lasting memory on me. I wish I could have stayed here longer. My next visit is confirmed but this time with my bunch of friends.

Harihreshwar and Divegar are two very beautiful beaches in the south of Raigad district. Instead of Alibaug why not visit them next time which is 41/2 – 5 hours drive from Mumbai. For the extended weekend in the month of February we wanted to cover a part of western coast. Between Ganpatipule and Harihreshwar we finalized the latter. Our itinerary included 2 nights in Harihreshwar and one night in Divegar. The way the western coast stretches to the south of Alibaug  is Divegar, Srivardhan, Harihreshwar and little ahead is Velas. People do the first three as triangle but we included Velas instead of Srivardhan which I will clarify in the latter part.