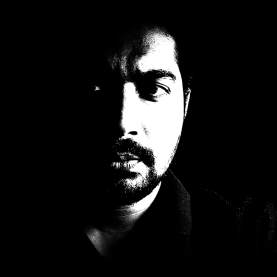 I am a Banker working in a multinational bank in Delhi NCR. I have passion for Travelling, Photography, Reading History & Contemporary Literature and Writing. I am a hardcore foodie as well and explore different cuisines. After all these if I get some spare time, I spend them with my Play Station.

In an August morning of 1888, Mrs. Bertha Benz driven a distance of 106 Kms with her teenage children to visit her mother. With a maximum speed of 10 mph, it took hours for them to reach the destination and the car broke down several times during the journey. Today that road trip is recorded as the first road trip ever made by the first patented motor car ‘The Benz-Patent Motorwagen’. The car was never meant for that long trip but generated a huge publicity pioneering the journey of the automobile industry. 124 years later sitting in a Volkswagen Polo 1.6, I was driven by none other than curiosity to be a part of the road saga where it tells you stories about the ‘river of life’ and the settlements alongside when a road ends to meet another. For next couple of days I dug deep into the travelogues and road trip forums, spent a couple of sleepless nights in impatience. I recall, that was the only time I studied the map seriously as by then I realized, to make a road trip from Delhi to Kolkata through the great Grand Trunk road you need to spend more time with history than geography !

Woke up with a terrible headache and nausea on the Day 3 of the voyage to the once forbidden land, Spiti Valley. Outside it was just another dawn in Kaza, the snow is reflecting a tinge of orange in the early morning sun; the spotless blue sky in the background is arched over the town. The Gong inside the head continued meanwhile; I needed oxygen then.

It’s the primary state hospital of Kaza where I met Serine and the fellow patients. An ugly looking machine was pushing oxygen through my nostrils and I was trying hard to concentrate. Serine teaches english in a local private school, where tibetian is hardly taught seriously, she frowned. Her mother was lying sick on the bed adjacent; they have ultrasound machine here but nobody knows how to operate, looks like she will have to take her mother to Simla, a 500 kms and a strong determination away from Kaza. She had once travelled to Delhi though, her sister works as a hotel receptionist there. The Metro escalators are amongst worst inventions of the human kind; and she frowned again…it continued and the other patients joined in no time. Soon I was being invited to their homes; for tea, thukpa and country liquor ! Never felt more disappointed on leaving a hospital; was feeling better already. Affection works better than the oxygen may be…who knows !