After a colorful day at the Tulip Gardens, we reached the hotel and had a relaxed dinner. Our hotel was one of those many Airport hotels of Schiphol. It had some of the best amenities like luxurious rooms, a great sports bar , a greater fitness center and a spectacular spa. Spending an entire day at the hotel itself would probably make it a relaxed trip, provided that we cancelled all our other plans :)

However, after the quiet dinner, we looked up the internet to see how the weather favored us for the next day. “8 deg.Celsius and 70% chance of rain!” This immediately ruled out our plan to go to the beach at Den Hague (The Hague). While the thought of spending the day at the hotel hovered on my mind, I dint heed to it!
It then occurred to me that a city tour on a hop-on, hop-off would be a great idea. This way we could maneuver the rainy day and still manage to see a few of the attractions. So, a city tour it was!!

The day started with a royal breakfast at the hotel. After such a start, we could be nothing else but energized! The shuttle dropped us at Schiphol Airport and from there we took a train to the Centraal Station (20 mins train journey). Next to me were a few teenage girls who were gossiped about their love life. They discussed how lucky or unlucky each one was ;and also went green with envy about another girl, who according to them was really blessed!! And why? Because, she had managed to marry a rich man! Their candid discussion surely kept me awake, in spite of a heavy breakfast! Thank you girls!

“Tours and Tickets” is a famous agency which organizes city tours, canal cruises and other tours around Amsterdam city. We went to one of their counters in the Damrak region (5 mins walk from Centraal) and exchanged our Holland pass coupons for a city tour!

This turned out to be a great plan since it took us around the city with guided assistance at some of the key attractions. The first and in every girl’s opinion, the best attraction, was the famous Gassan Diaomond Factory. 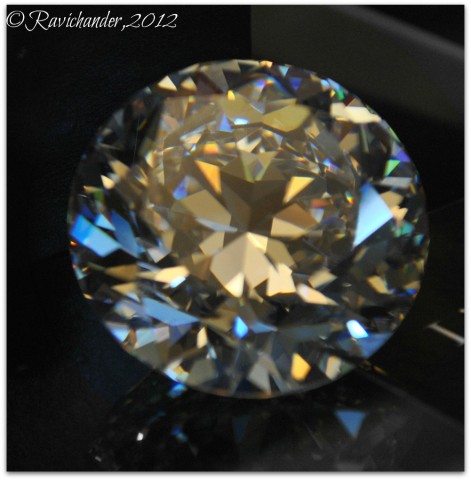 Located in the Wasserplein region of the city, Gassan diamond factory is one of the many must visit places of Amsterdam! As a part of the guided tour, we had a brilliant opportunity to learn details of the Diamond cutting process and specifically about Gassan diamonds !

A lady executive took us through the process of transforming a raw diamond into a 121 facet diamond – a patented commodity from Gassan! Diamonds are girls’ best friend .. and a man’s axing enemy?? Just kidding :) After seeing these , I submitted a lengthy application to my husband (for some diamond jewelry)! 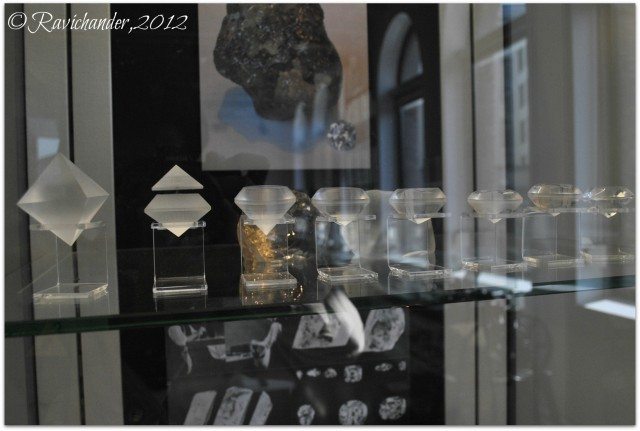 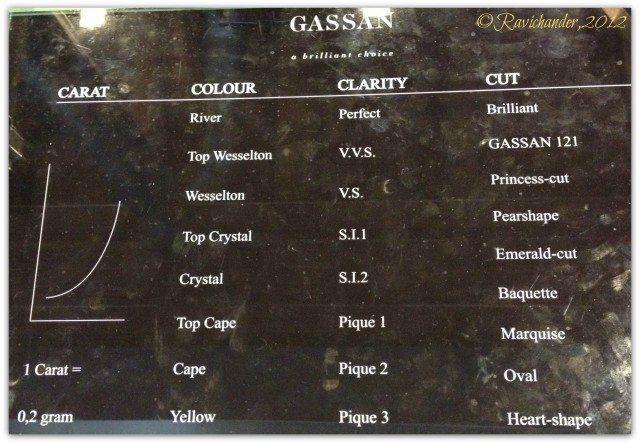 The "must know" 4 Cs about the Diamond 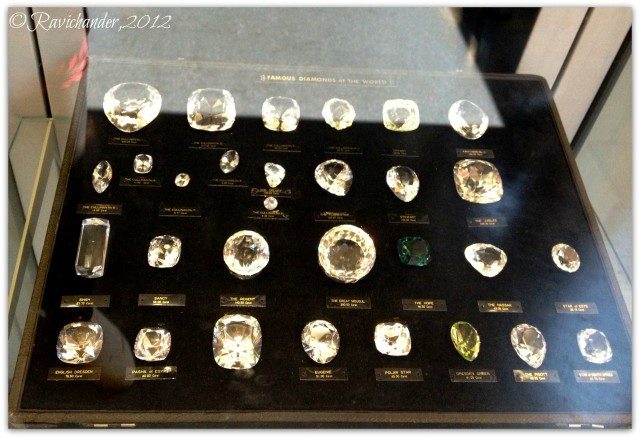 Some famous diamonds in the world

We could hop-off at this place and then take the next hop-on bus from the same point. Hence, we planned to visit Resistance museum!

The Resistance museum is a quiet exhibition about the disturbing facts of the World War! Apparently, a photographer who had taken a license to click the photos of those times, clicked most of the pictures which form the majority of the exhibits. The life and problems of the Dutch who witnessed and endured the events of World war; their works from their hide outs; their mechanized cycles; pictures of the crowded wagons which transported the Dutch; ration cards issued to the citizens by the government with the on-set of food scarcity and heavy pricing of commodities; some touching stories through descriptive letters and the like are all preserved here. By the time I walked out of this museum, I felt as if I had gone back to those days and that I had lived with them! It is indeed another must visit place! For information sake, this museum isn’t much talked about and even the locals seem to be less aware of it! A guide book and the well marked direction planks at every street should really come in handy! 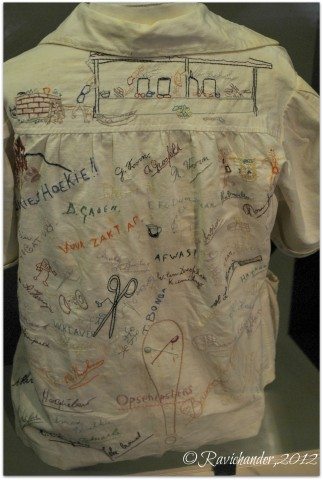 Since the people couldnt write letters, they embroidered words on clothes like these.. 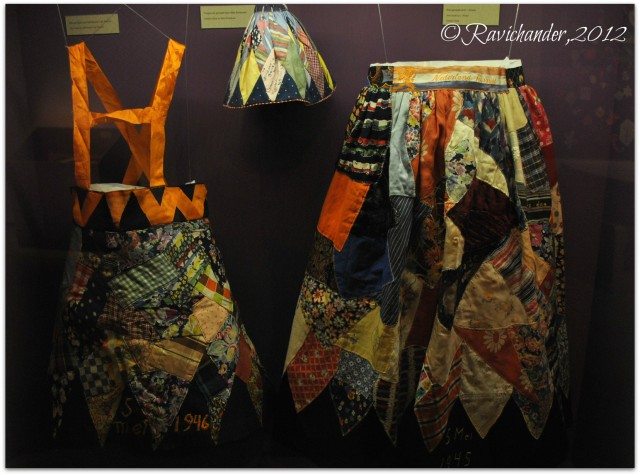 Patch work on a traditional Dutch skirt - work of people from their hide outs.

We walked back to the Gassan Diamond stop, hopped on the bus and to continue our guided tour. The next few stops were at the Heineken Brewery, the Vondel Park and the Dam square. We registered these places on our mind , marked them on the map and planned them as our next few destinations. On our way, we saw a few “Coffee shops“. These are what I call – the grass and weed bars :) With no inclination to hop-off here, we continued till Damrak – our last point on the guided tour.

After a quick lunch at a “Veg only” doner bar (Maoz veg is the name if I remember it rightly), we grabbed a double scoop gelato at a nearby parlor. With the melting gelato in one hand and the Wax museum hand-out in the other, we wasted no time and walked towards the museum.

The Madame Tussauds is so famous that it needs little or no explanation at all. So, here are a few pictures of life-like statues and about our pleasant experience meeting a few of the celebrities – all under one roof! 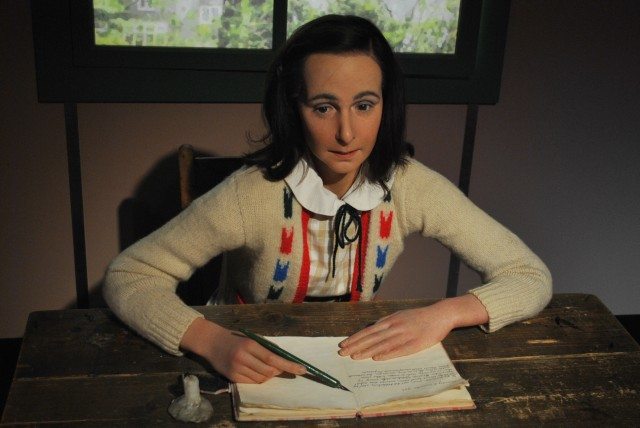 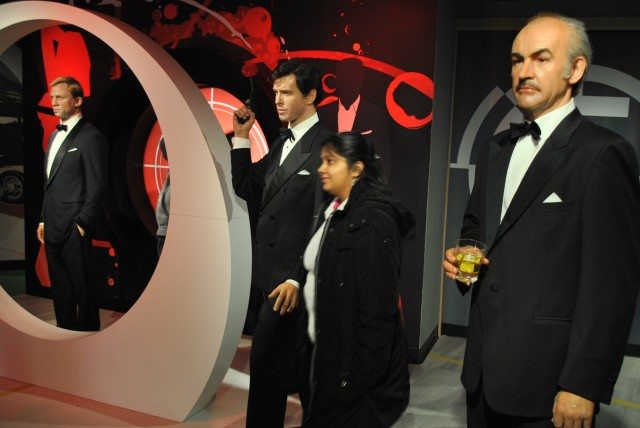 A visitor "Bond"-ing with the statues 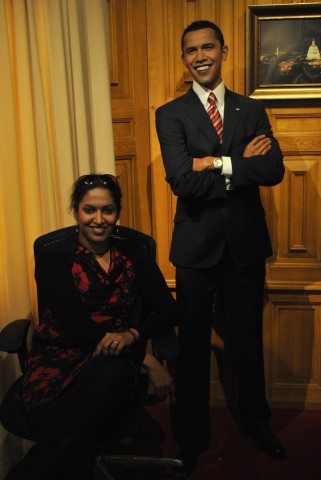 I wished that this one wasnt a statue :) 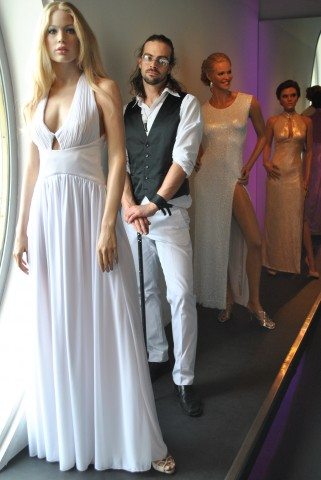 The man in the pic IS NOT a statue by the way!

For those who have seen the wax museum in London, I am told this is a bit of a disappointment – for a reason that you don’t get to see a many Indian celebrities here. The only Indian personality among the exhibits is Gandhi-ji. Most other statues are of the Dutch personalities and of celebrities from Hollywood.

It was time now for us to relax a bit, for we had had a tightly packed day until now. What better way to relax than to enjoy a Canal cruise! Again, by exchanging another coupon from the Holland pass, we took an hour long Canal Cruise. 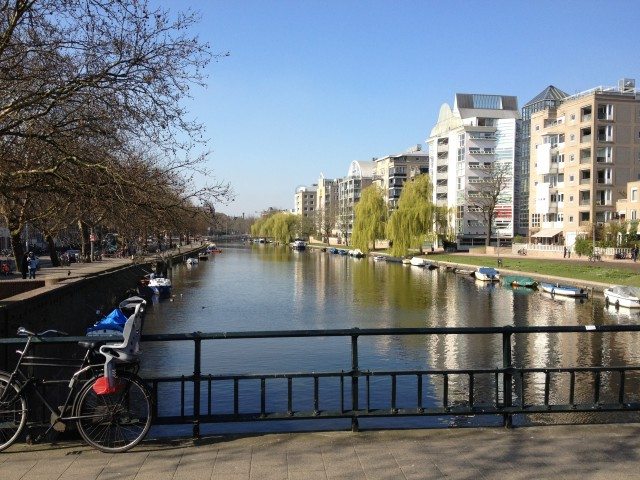 A beautiful view of the canal 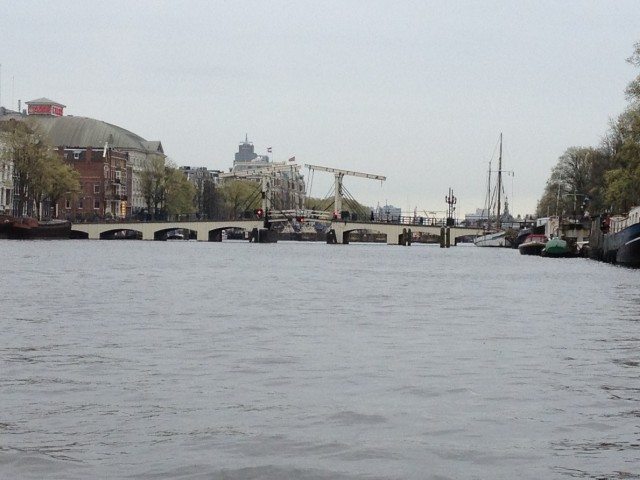 A Bridge on the canal

We passed through some of the famous bridges like the Skinny bridge (of the “Diamonds are forever” movie fame) and passed through almost all the canals – the Amstel canal, Herren gracht, Kaiser gracht and the Prinzen gracht. Along the Amstel river are some of the most beautiful and expensive house boats. These are apparently stationary and have now become Amsterdam’s prized possessions!

It was dusk and a light drizzle seasoned the glamour of Amsterdam. The city looked perfectly romantic and all set to treat the people with its enchantment!

Photo Courtesy: Ravichander( One happy soul to get credit in each post! :) )
Continued..