So , winter vacations were there and date was 30, december 2012. Some days ago we were undecided where to proceed on our annual vacation trip. But various posts on Ghummakar just solved my problem and me along with my my wife savita and daughters Bhakti and Pavani decided to proceed to explore Mewad part of Rajasthan and have our base at Udaipur, the city I had heard a lot about but never went. I was just waiting for an opportunity to visit the city of Lakes.

DAY1 – Road trip to Jaipur from Jalandhar in my Maruti 800

So at 6 A.M. myself along with my family which included 6 bags also boarded my 2nd hand MARUTI 800 and started our journey in the foggy weather which luckily was not so dense. Here , I want to write that this was my first long road trip and I didn’t know how the most important family member in this trip , our chhoti (small) car will behave. Thank God car jyada ziddi nahin nikli (didn’t give any troubles). And it behaved like a good child all along the trip. My first break (khana-pina) was near Karnal where we had our home made paranthas along with chai ,listened to commentary of first INDO-PAK one day cricket match and understood from scoreline that India was nearing defeat and luckily I was not watching this match. Reached Delhi entrance at about 1.30 and Gurgaon about 1 hour later. Nothing untoward happene in the way, touchwood. National highway Gurgaon onwards was national highway just by name in my opinion and rows of innumerable trucks greeted me on my way to Jaipur especially near Behror and Kotputli. Disheartened to some extent ut largely excited on my first long road trip with myself as driver, I just carried on . 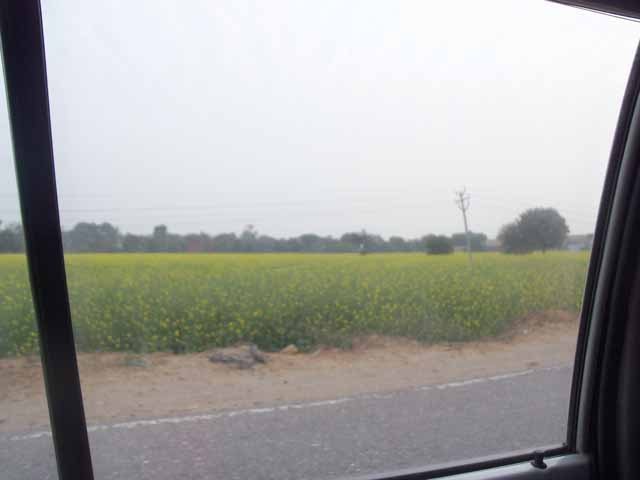 On the way to jaipur 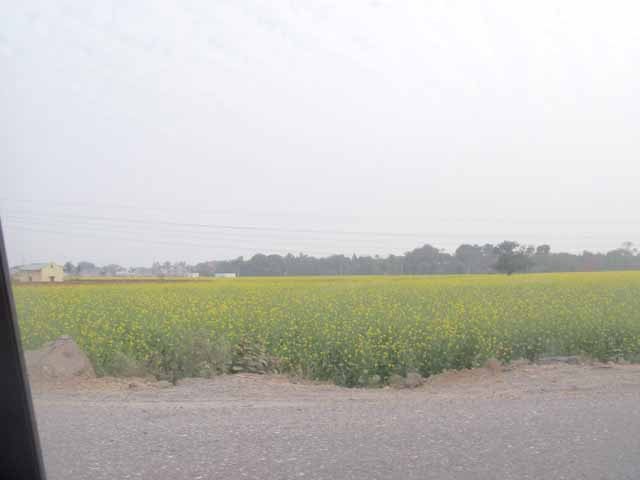 Mustard fields on the way to jaipur

Had some more tea on my way and entered Jaipur at about 6 P.M . Amer fort was looking glorious under lights on the way to Jaipur city. Entered Jaipur through Badi Chopad and Chhoti chopad and now had monumental task in my hand of searching some good night stay options. Though I had some pages in my hand courtesy internet but could not muster courage to search for those locations at that time. So reached some Hotel Siddharth at Sansar chandra Marg and halted there for night. It was not bad if not great either. Kids had wanted to explore the city at that time also. So pulled out my car from parking and here I was in some market near Hawa Mahal. 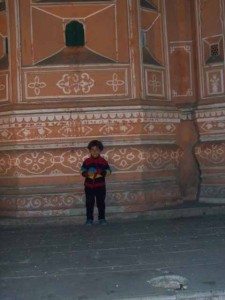 My little kid in front of hawamahal 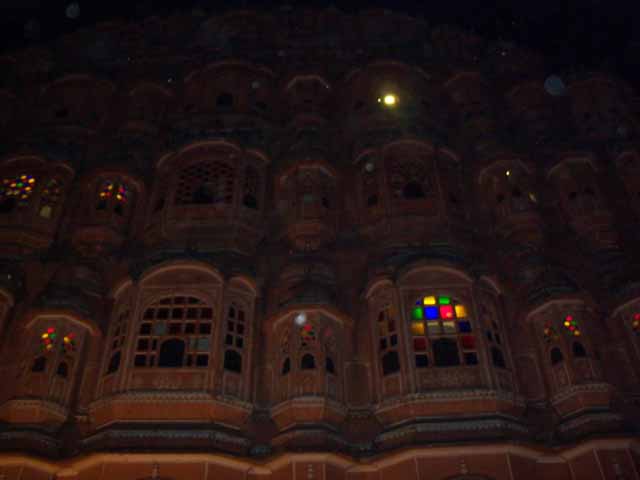 Luckily market and Hawa Mahal co-existed for my wife and kids. Bhakti, eldest daughter just clicked some photographs in front of Hawa Mahal and had Khoya Kulfi at Pandit ji. My wife and she afterwards started exploring market for Jaipuri Razais and bangles respectively. Finally Bhakti bought a handicraft bag and we started for our hotel. My first impression of the pink city was that of a densely populated cultural place and I think that is true.

It was a beautiful morning on 31st of December and we had planned to go to Udaipur as early as possible. And our early time was 7. 30 A.M and I think that was quite decent time with wife and kids.Our dream destination Udaipur was within our reach, we all thought and got excited even thinking about this.I had two options to reach Udaipur, via Ajmer and Nathdwara or to take highway through chittorgarh and Bhilwara..and what a highway it turned out to be.. just marvelous. 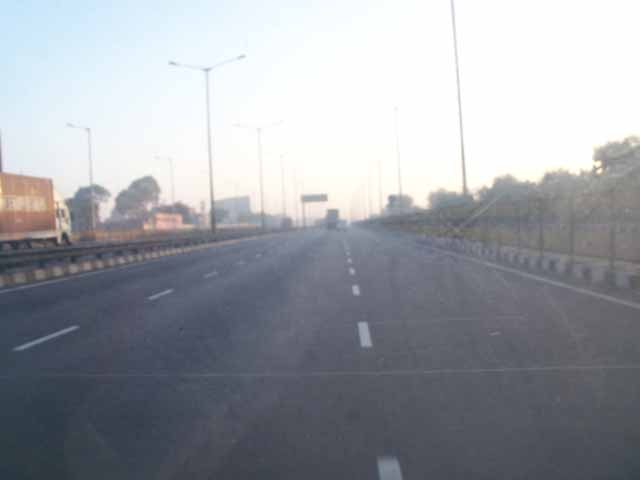 Awesome ride till udaipur on this highway

We had no reservation or booking for any accommodation but had no problem at all. Inquiring from passerby, we reached Surajpole where stood our home for next four days, HOTEL UDAIPUR. They offered nice facilities for budget traveler like me and great value for money. Though located in a congested area, the owners arranged to ark my vehicle inside the premises at night. We felt just at home here. We had our tea there , rested for a while and were ready for half day excursion of the city on that day itself. So there we were off to our first destination, GULAB BAGH hardly 5 min. drive from our hotel. 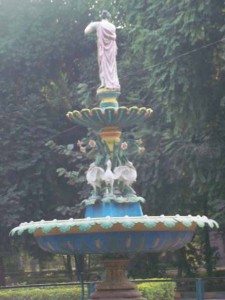 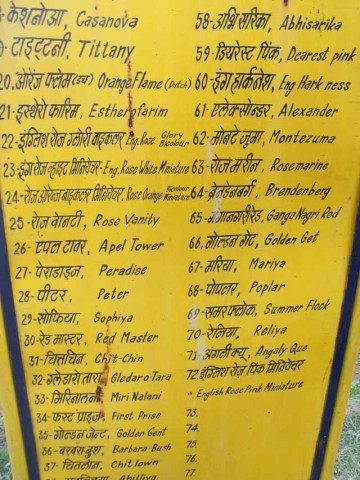 Varieties of roses at gulab bagh 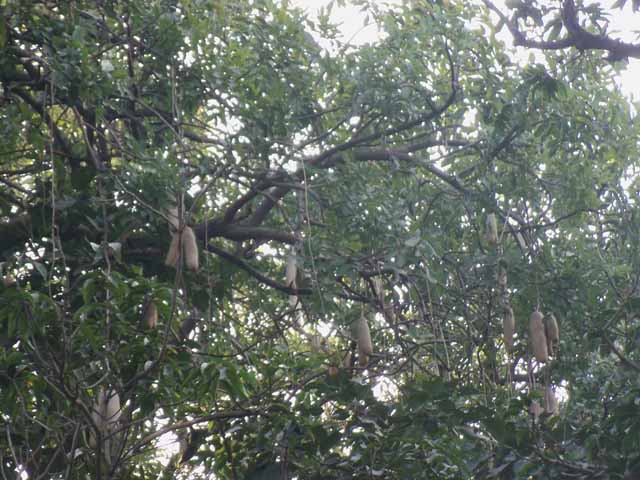 a glimpse of gulab bagh

GULAB BAGH: A fine garden for Udaipurites for walks and swings and other small rides for kids , a toy train for kids to take them though the garden and a mini zoo. I  must say that if not great, this place was good appetizer for the main course. We had a ride in the toy train maintained by Rawal and company. It was a BACHHON KI GAADI JISMEN BADE BHI KARE SAWARI…… After the ride we went to jhoola section on demand of Pavani. Enjoyed there for about half an hour and proceeded to Lake Pichola.

THE LAKE. : The lake is just beautiful and the great city palace lies on its banks alonfg with numerous other buildings. JAGMANDIR and THE HOTEL LAKE PALACE lay in the center of the lake just like beautiful islands. We first had our boat ride (ticket price RS. 100/PERSON) and it was just great. Just great to look from nearby the magnificence of Jagmandir and The Lake Palace. It was nearing 7 P.M and all the structures were beautifully illuminated. There was a party going on that night in the city palace so coudn,t go for light an d sound show there. Pavani enjoyed a camel ride on the banks of the lake. 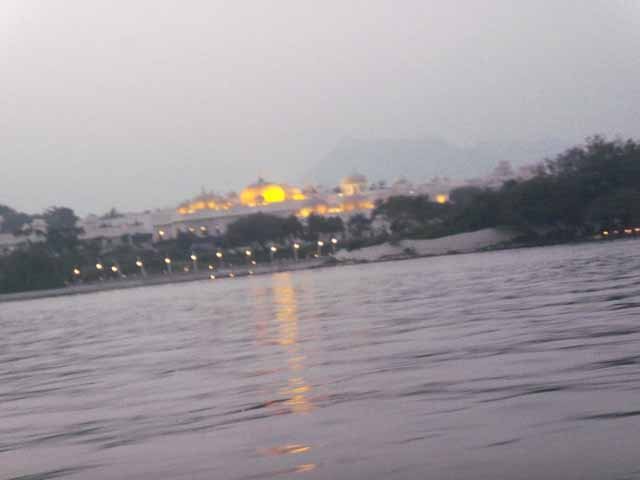 Lake pichola at night with jagmandir in the background

We had light snacks of Bhelpuri and Golgappas there and also relished coconut water. The evening was great, returned to the hotel but not before going to Bapu Bazaar. The Bazaar was just like any other Bazaar of a good city. We decided to go for a stroll in the Bazaar and started munching snacks on our way and this was our main purpose perhaps as we all are street foodis. So firstly we had Dabelis for the first time and quite relished it. Then strolled for a while and had American Bhuttas again for the first time. I had eaten a lot of sabudana khichri at home but tasted first time on the roadside and it was WOW. 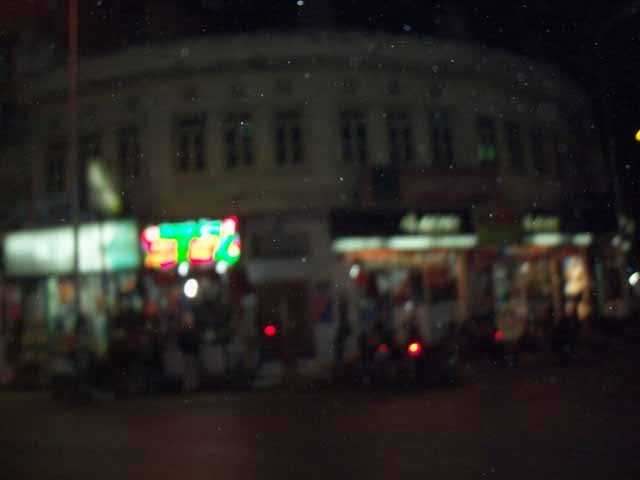 Our car was parked near Jodhpur Mishthan Bhandar so how it can be that we would have left without some sweets. So there it was maava kachori for us. So this was our dinner on the eve of new year but no regrets albeit a great time. Reached our hotel and rested for next day sojourn.

A Trip to Mewar – Jalandhar to Jaipur to Udaipur was last modified: April 12th, 2021 by Rakesh

There are so many good and bad memories linked to all these places. In Puri, I tasted one of the best cooking of all the hotels/restaurants I have ever visited! Araku Valley was the first mountainous road I travelled and suffered a lot due to motion sickness. But recently I visited North East India and had no trouble whatsoever! The MTDC resort in Mahabaleshwar is one of the best places I have stayed in. When we were going to Digha, we missed our train even after running like crazy through Howrah station. ☺ We had to catch the next one. There are no words to describe Goa..it’s simply incredible! In Cherapunjee I explored the inside passages and chambers of an ancient cave (Mawsmai Cave) where at some places I had to sit down and cross the gap between the formations. It was something I never thought I would be brave enough to do! I even had the chance to see the Bangladesh border in that area! In Guwahati, I had a bad fall at the Kamakhya temple and my arm got cut badly by my broken bangle. The Nilgiris Mountain Railway ride between Ooty and Coonoor, winding through the tea gardens and hills is a must have experience for any traveler. Similarly the boat ride through the backwaters of Kerala at Poovar proves the tagline of Kerala tourism – God’s own country. Last but not the least, watching the sunrise with the Swami Vivekanand Memorial in foreground and conch shell sounds emanating from the temple at India’s southernmost point is one of the most breathtaking experiences!