Few months ago , it was a holiday. I had no work that day and then I decided that why not go to Gurudwara Bangla Sahib and spend a day in God’s Grace. I decided to go early morning as the freshness to go to a Holy Place in morning is really very good. I started my car at 6 am. I was alone. Gurudwara Bangla Sahib is situated in the heart of New Delhi’s Cannaught Place area. It is loacted on the east side intersection of Ashok Road and Baba Kharag Singh Marg, just near the Gol Dak Khana. It is around 15 Km from my place. After parking the car, moving further firstly there is the Juta Ghar for removing the shoes. After moving further , it is the main premises.

Moving towards the main premises - The main Hall

Gurdwara Bangla Sahib is an important historical and religious place in India. Dedicated to the eighth Sikh Guru, Sri Harkishen Sahib.Its main hall is kept simple, except for the open central shrine, covered by a small golden dome sporting a sculpted bronze cupola. Devotional Kirtan is relayed throughout the complex continuously.There is a higher secondary school, Baba Baghel Singh Museum, a library and a hospital in the Gurdwara complex. Holy water of Bangla Sahib Gurudwara, known as ‘Amrit, is said to have miraculous powers of curing the sick. 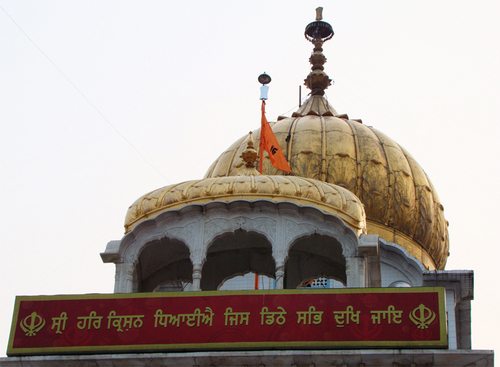 Originally this place was the Bungalow(haveli) of Mirza Raja Jai Singh, hence the name Bangla Sahib. It’s original name was Jaisinghpura Palace. Mirza Raja Jai Singh was an important military leader of Mughal emperor Aurangzeb.According to the legend related to this Gurdwara, the seat of Guru Sahib was disputed and Ram Rai, brother of Harkishen, sought the help of Aurungzeb. Aurungzeb called Guru Harkishen to Delhi, where he was entertained royally by Mirza Raja Jai Singh in his own palace, along with Diwan Dargah Mull, Bhai Gurditta Ji, Bhai Mati Das Ji and the mother of the Guruji. Later, this fabulous mansion was converted into a Gurdwara in the memory of the Guru Sahib and was called as Gurdwara Bangla Sahib. This shrine has also had the honor of hosting sixth Guru Sri Hargobind Sahib, on his arrival in Delhi. 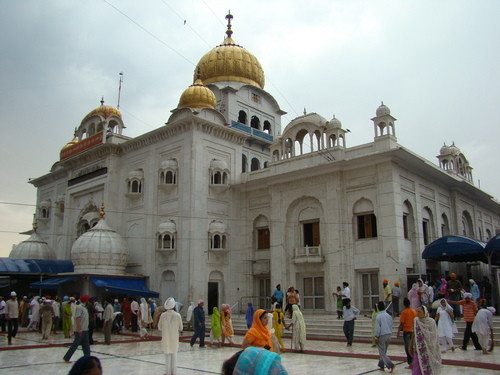 Outside view of the main Central Hall

Before entering the shrine, the devotees take a holy dip in the holy pond, known as ‘sarovar’. The birth of Guru Sri Harkrishan Sahib and death anniversary of Maharaja Ranjit Singhji is celebrated here every year. ‘Langar’ or Community Kitchen Hall is organized on the east side of the complex.One can visit the main complex bare-footed only, covering one’s head. 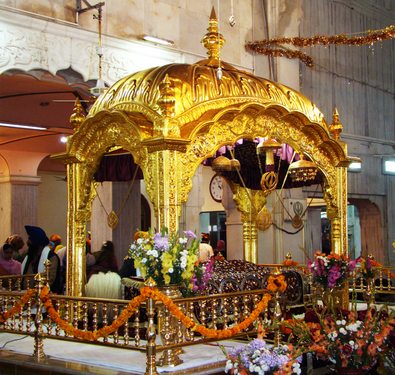 The Golden Dome under which Guru Granth Ji Sahib is kept.

After entering the main Hall a complete devotional feeling overcomes you. Truly speaking it feels really very good leaving behind all the worries.The grounds include the temple, a kitchen, a large pond, a school and an art gallery.

The eighth Sikh Guru, Guru Har Krishan resided here during his stay in Delhi in 1664. During that time, there was a smallpox and cholera epidemic, and Guru Har Krishan helped the suffering by giving aid and fresh water from the well at this house. Soon he too contracted the illness and eventually died on March 30, 1664. 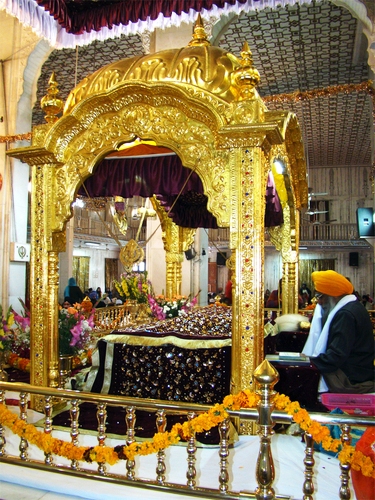 Another view of the main Central Hall 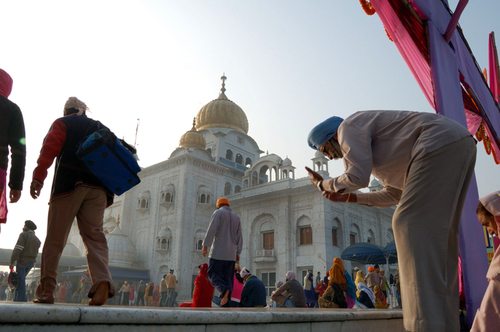 After coming out of the main central Hall, I proceeded to the Sarovar.
The complex has 225 x 235 ft Sarovar with 18 ft wide Parikarma and 12 ft wide verandah on its three sides constructed entirely with people’s contribution and voluntary labor of the devotees.

Sarovar along with Nishan Sahib and the side view of Gurudwara

After reaching the Sarovar, did the Parikrama or took the whole round of the Sarovar. The place is totally neat and clean with not even a single point of dust. 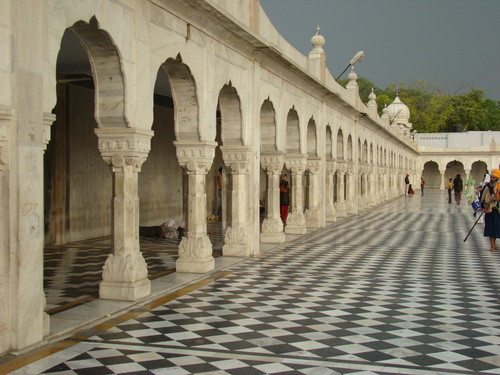 Moving towards the Nishan Sahib

After the Sarovar , now headed towards the Nishan Sahib .

Top view of the Sarovar 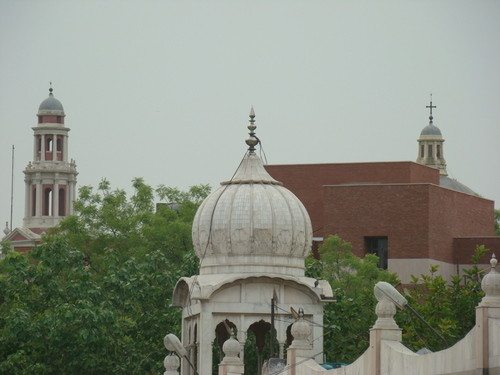 Unique view of the Gurudwara along with the Church

Well, finally after doing the darshan of the Gurudwara I came back, But what an early morning experience I had, no words to describe. I can finally say that it was a great day spent in God’s Grace :-)